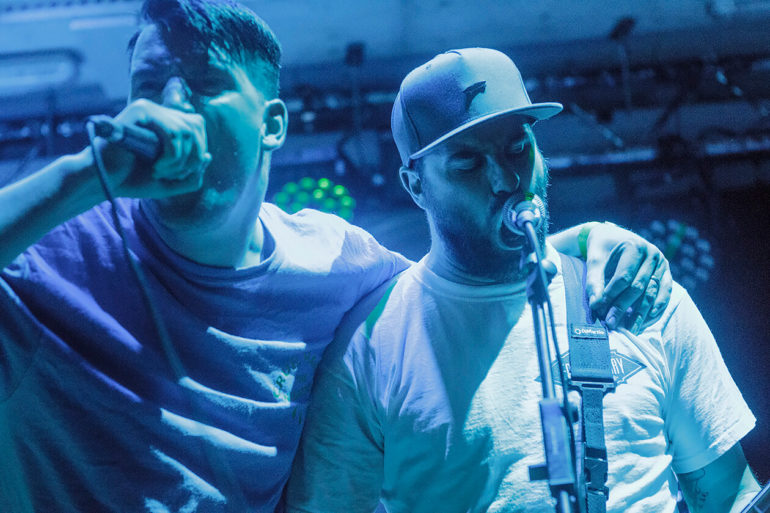 May 13, 2017 | Neushoorn, Leeuwarden – It is a rainy night in the north of The Netherlands and everybody is ready for the finale of the Eurovision Song Contest. However, the Arena of the Neushoorn is preparing for something more brutal than all the silliness of this Eurovision event. No Turning Back is celebrating their twentieth anniversary, and they brought along some friends. The night starts off with the guys of Probation, followed by Deathtrap from Rotterdam and the odd ‘man’ out, For I Am King. Pictures: Oscar Anjewierden.

Probation
The hardcore formation Probation comes all the way from the south of the Netherlands to entertain the people from Leeuwarden. When they start, there are no more than thirty people in the Arena and they are overwhelmed with straight hardcore punk. There is not a lot of movement on stage because singer Garry also plays the bass. Guitarist Billy and Garry are outvoted by drummer Joe, his drums are prominent, he plays very fast and makes some interesting breaks, but he is also sloppy. Their demo ‘Never Back Down’ seems to please the audience but otherwise the people are not very impressed. 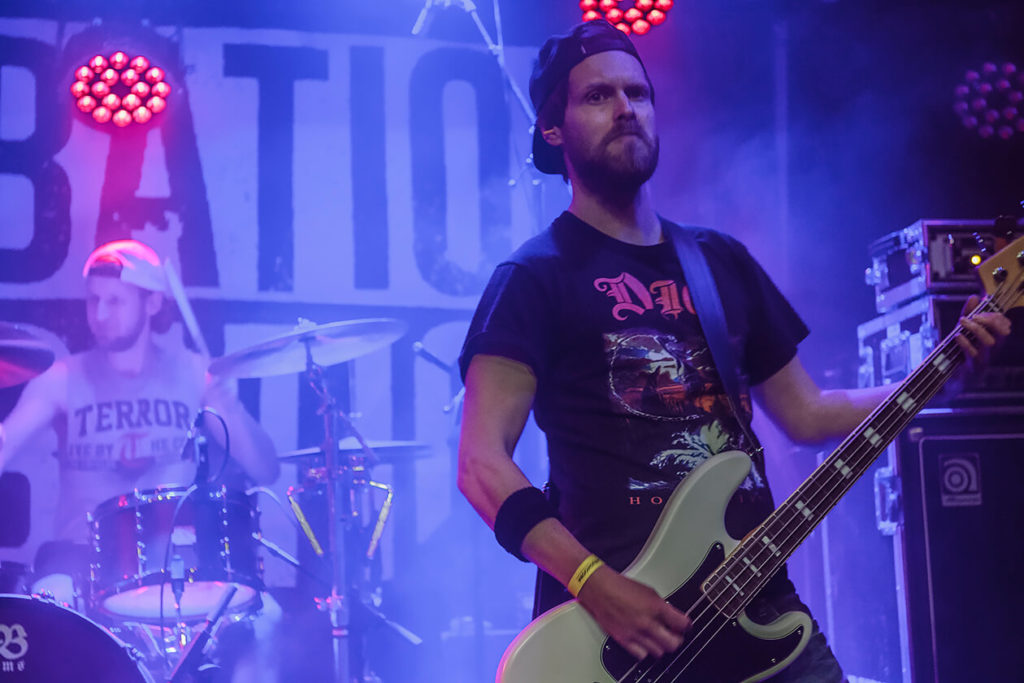 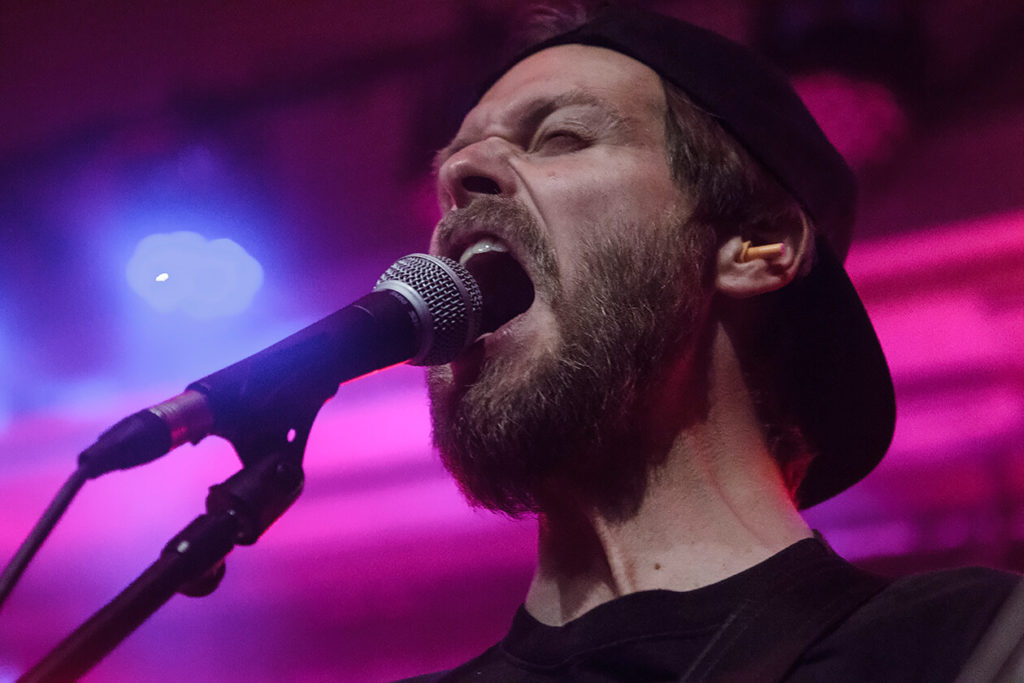 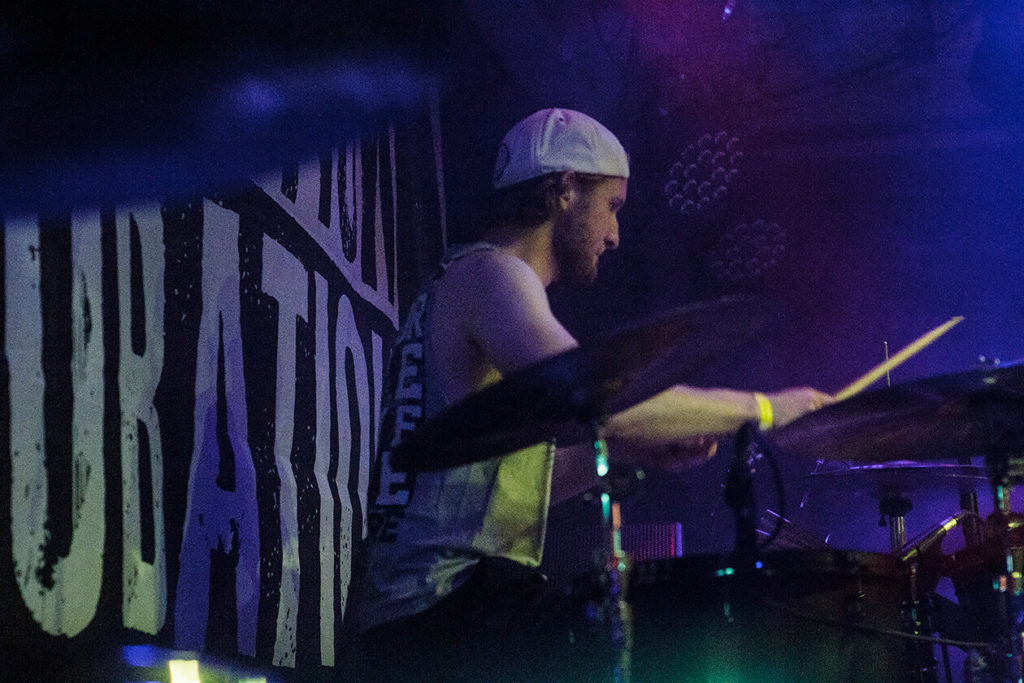 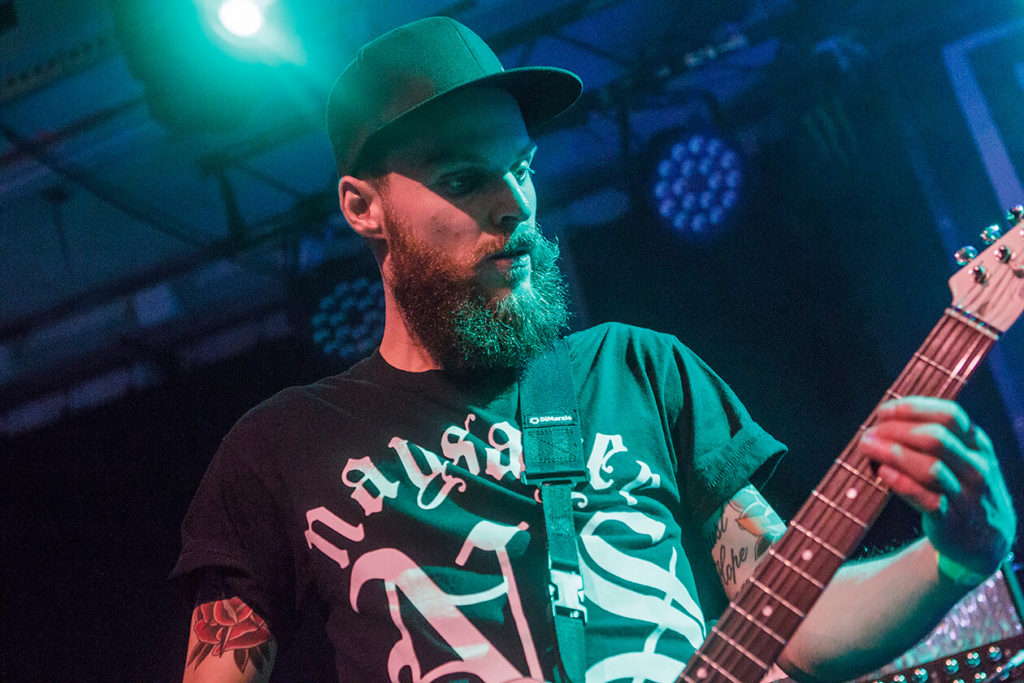 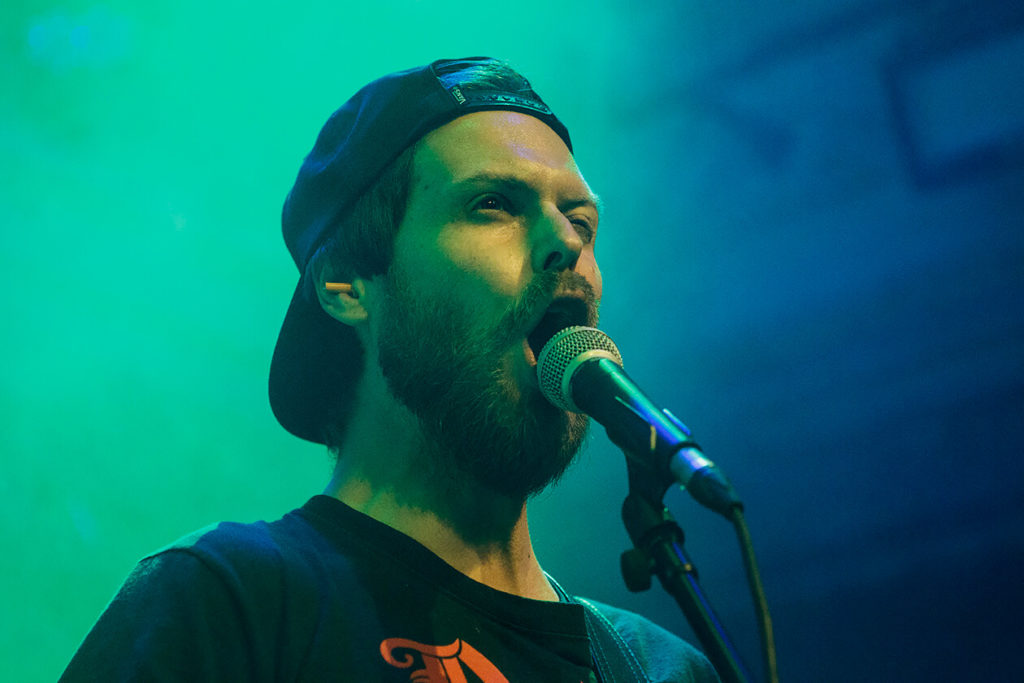 Deathtrap
Next on is the Rotterdam based hardcore band Deathtrap. They seem really excited to be here and give a lot of energy right from the start. Singer Tom has a lot of love to give, and expresses this after the songs. He has love for the Neushoorn but also for the drummer, who filled in for Mauro, and has only been to two rehearsals. The interim drummer is very good, but his cymbals are abominable. Throughout every song, the cymbals are too prominent and too sharp. Deathtrap plays an awesome set and the audience are excited. 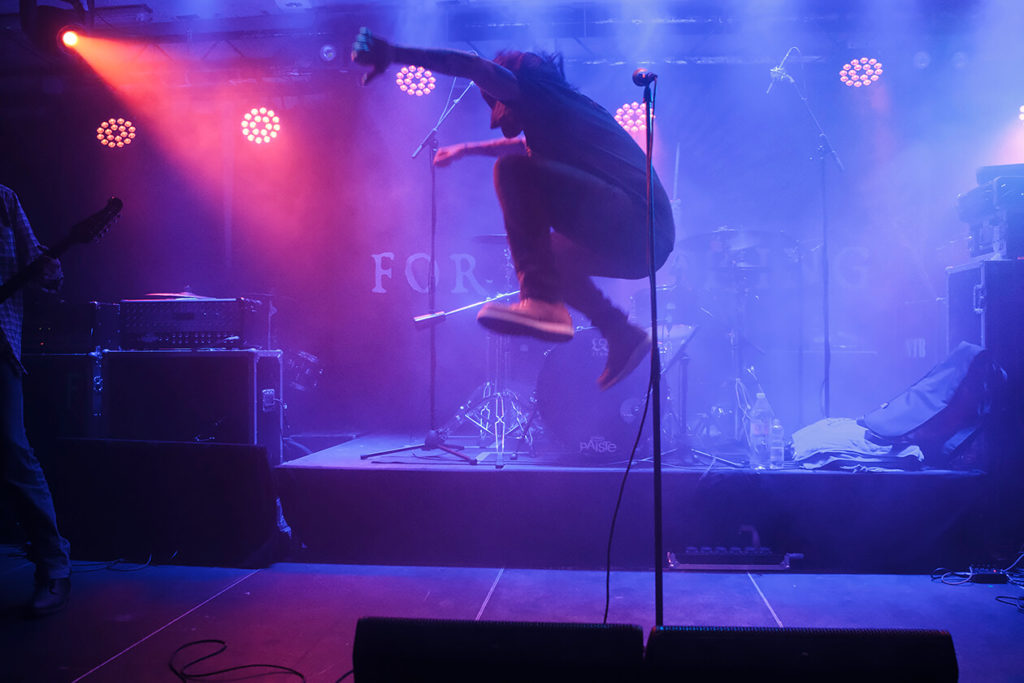 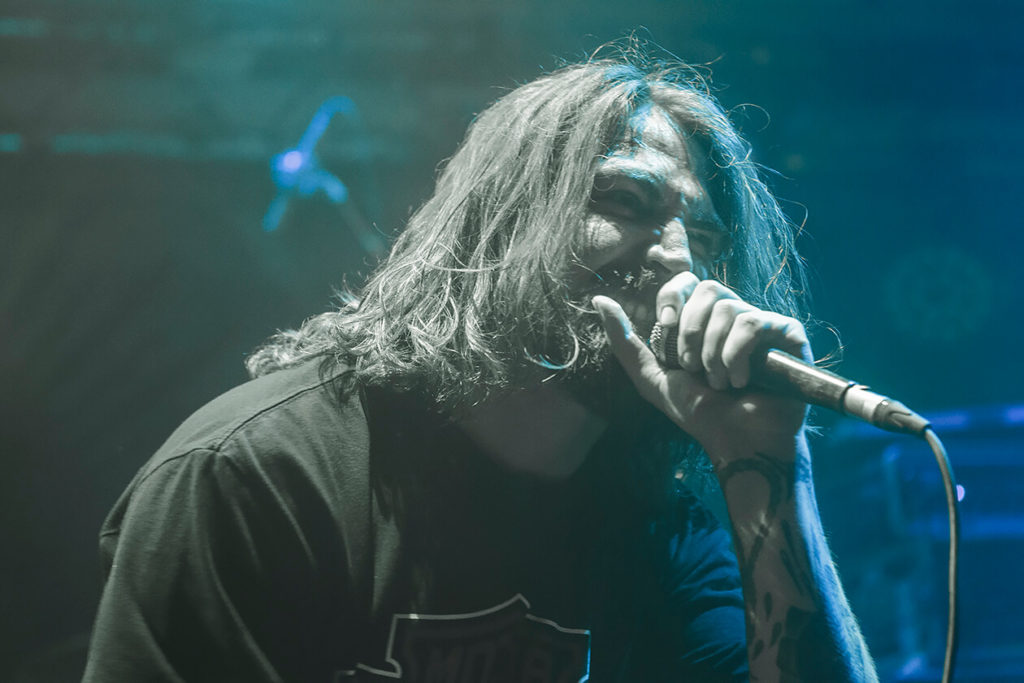 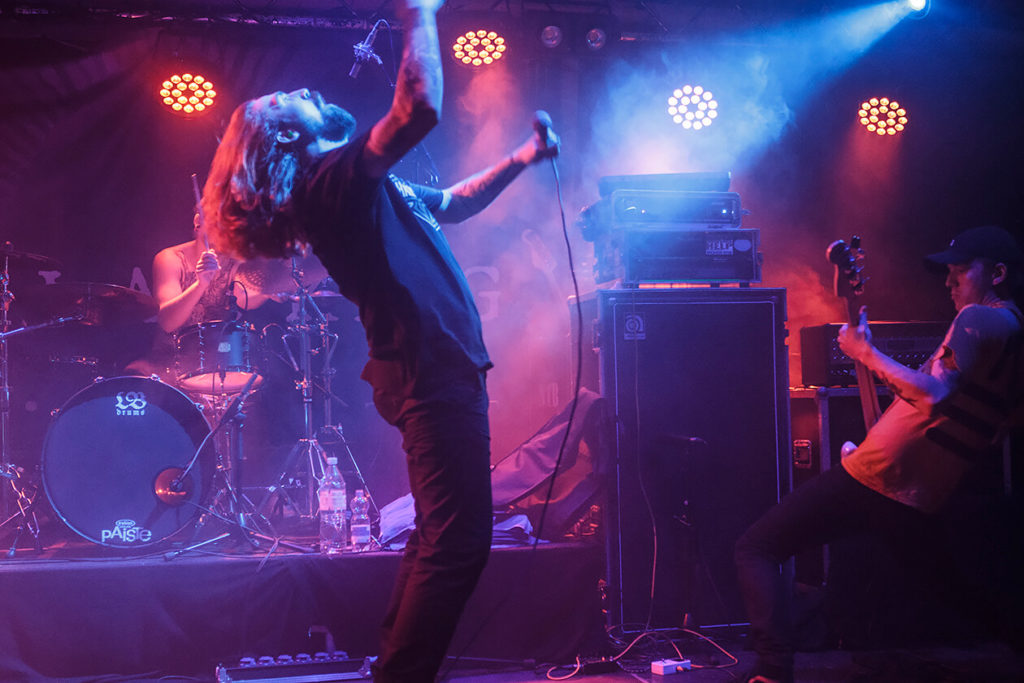 For I Am King
It’s time for something different, metal act For I Am King from Amsterdam takes the stage after taking their time installing their set up on stage. Frontwoman Alma Alizadeh blows the audience away with her dark grunts and high pitched screams. The whole sound of the band is in your face and on the spot. The two guitarists simultaneously play badass riffs and really determine the metal sound of the band. The audience seem a bit confused as this is nothing like hardcore, but they are definitely impressed by Alizadeh, who’s screaming her lungs out. The whole show oozes professionalism and is in sharp contrast with the rest of the bands tonight. 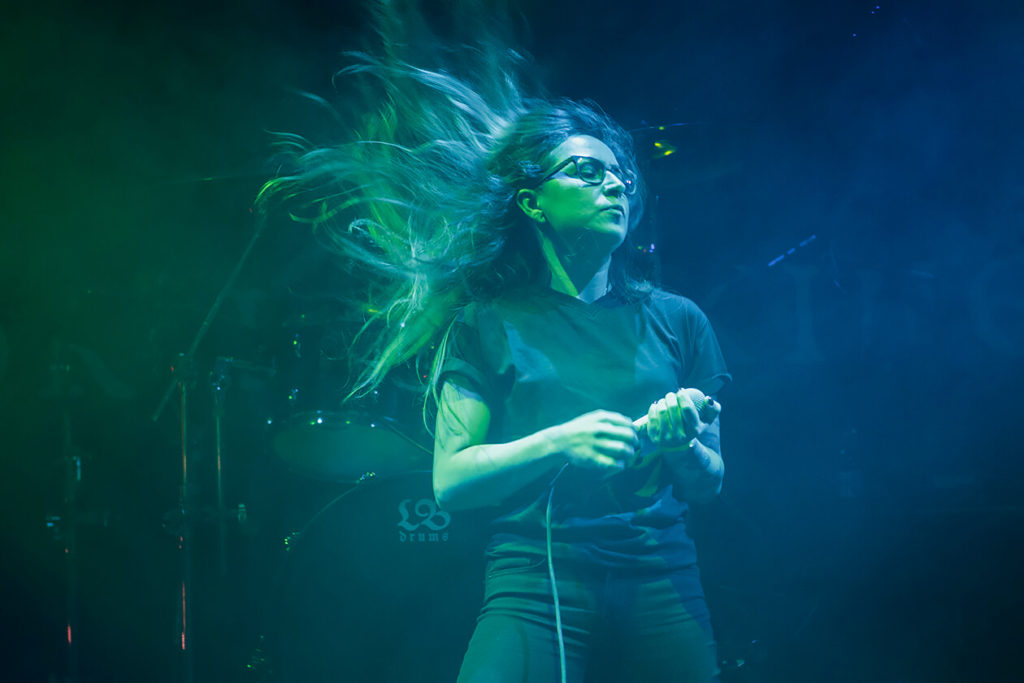 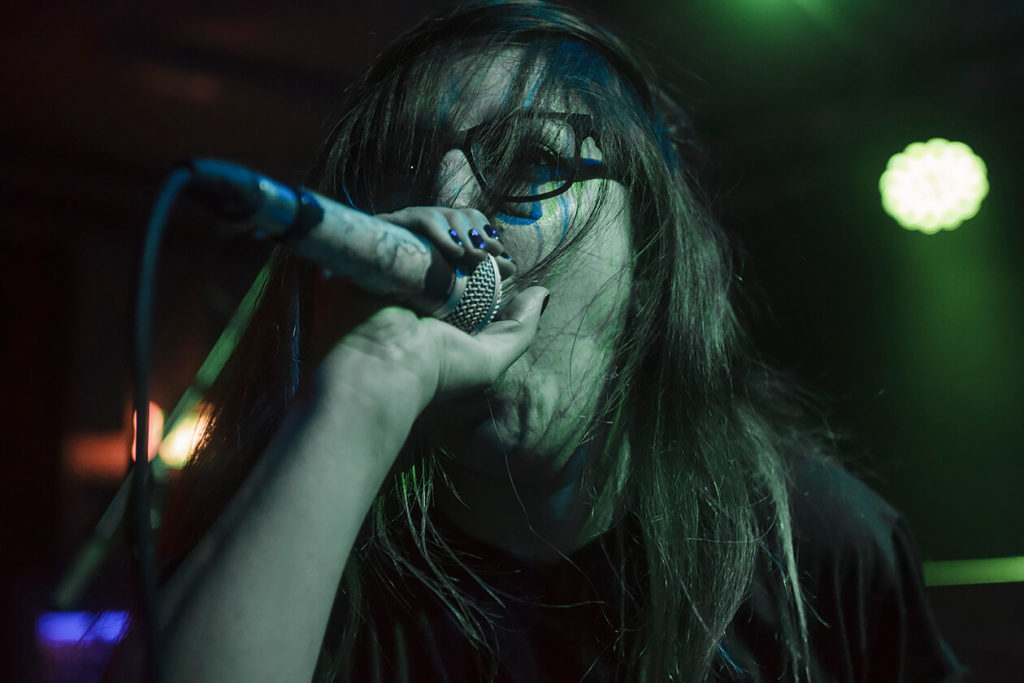 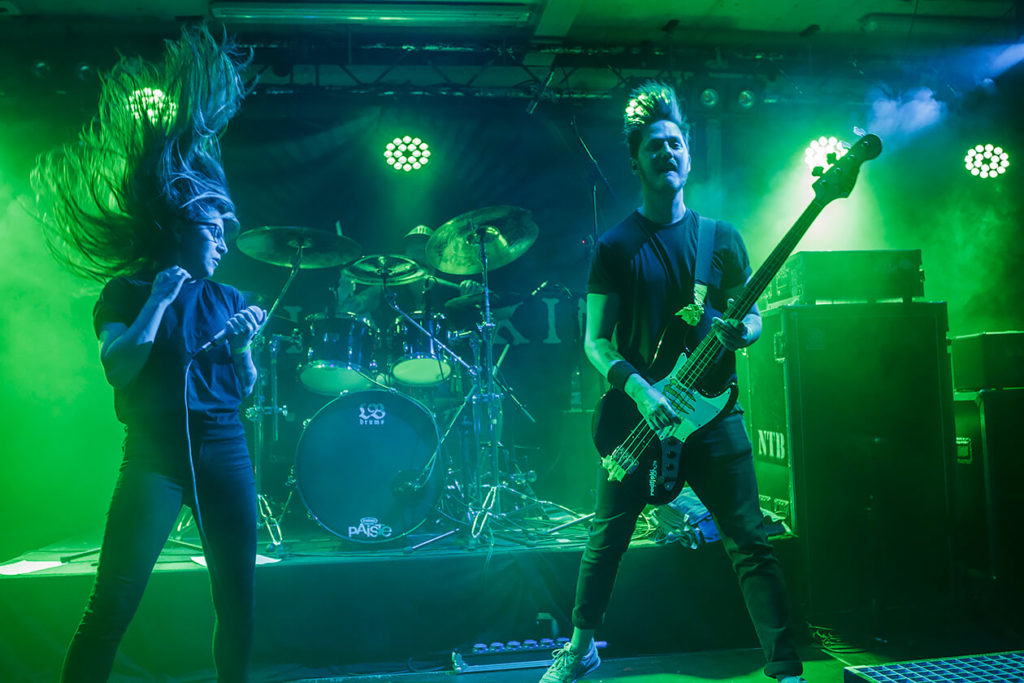 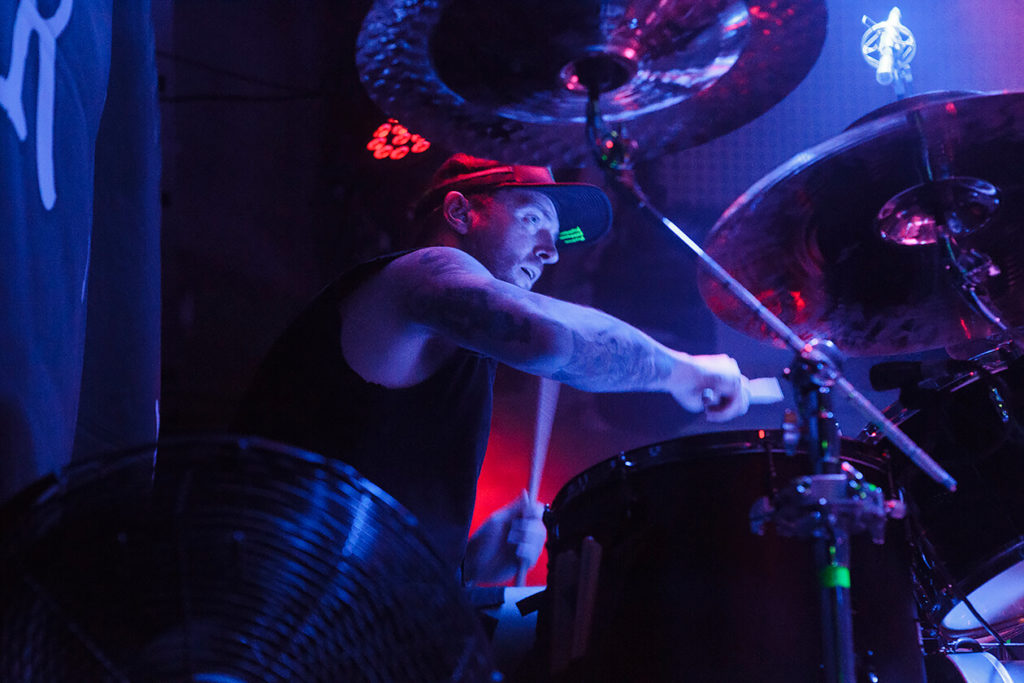 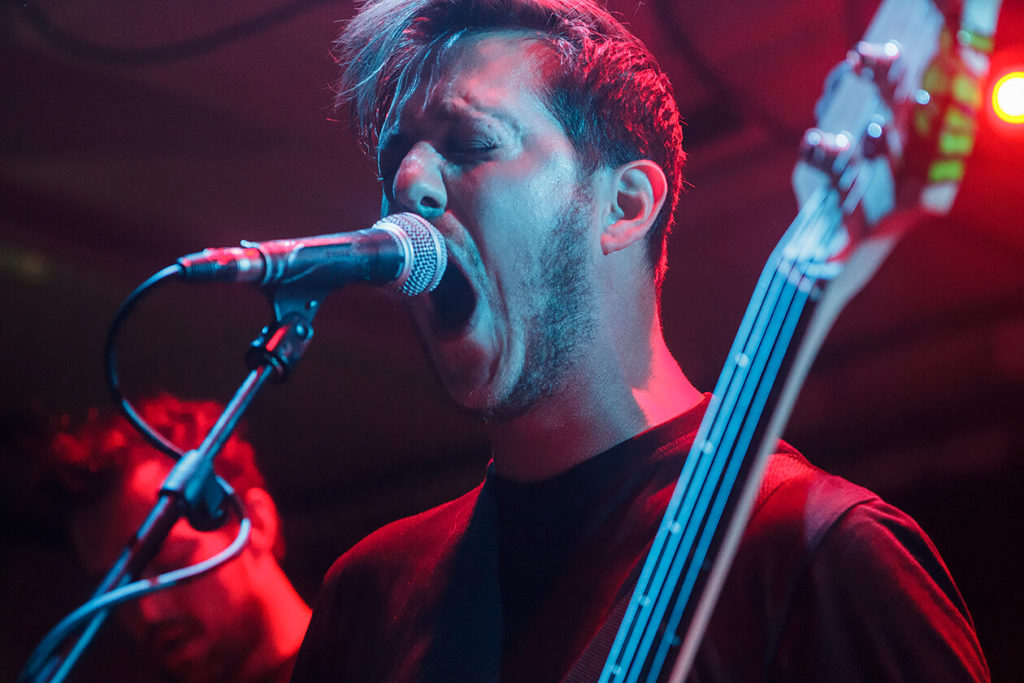 No Turning Back
No Turning Back has been around for more than twenty years but have yet to lose their passion, the show takes off right away but people are hesitated to start a pit. Except for the singer of Deathtrap, who is jumping and punching in front of the stage. Singer Martijn van den Heuvel talks a lot in between songs. “I see you guys looking at one another, and I know you want to move” is one of his remarks. After that the first real pit of the evening is a fact. Their show is supposed to last for an hour but half of the hour is just ramblings from van den Heuvel, which at some point gets kind of annoying and some members of the audience yell, “Just fucking play!” No Turning Back plays a mixture of old and new material and people are enjoying themselves. Because of all the talks in between the songs the show becomes a bit messy, like they are just having fun with friends. This is also the charm of No Turning Back, and when they do actually play they sound as good as ever and they can probably go on for another twenty years. 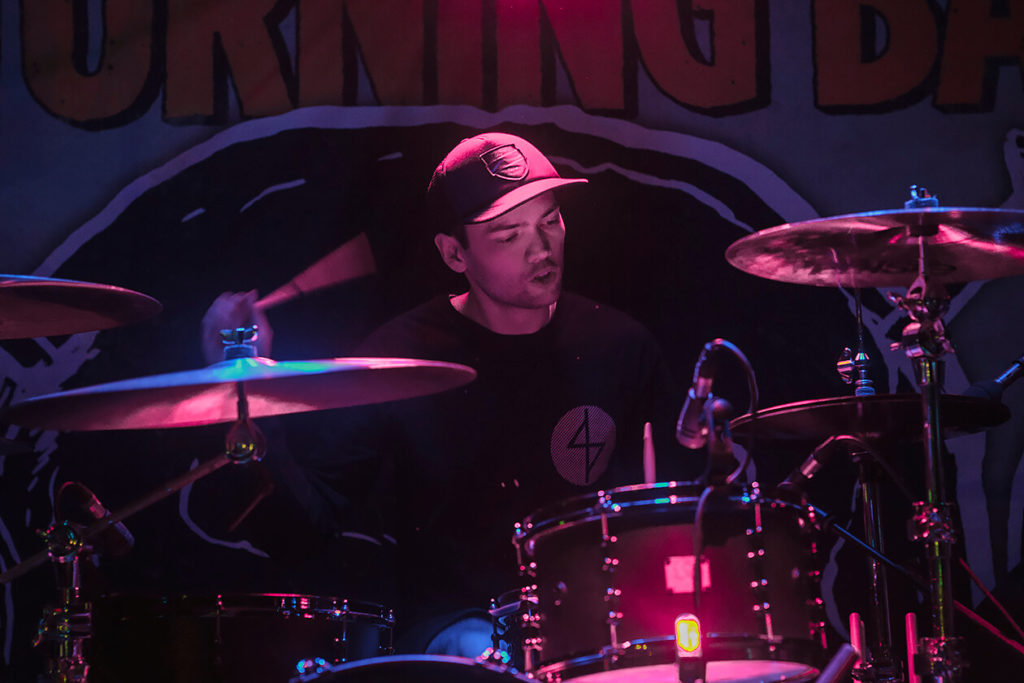 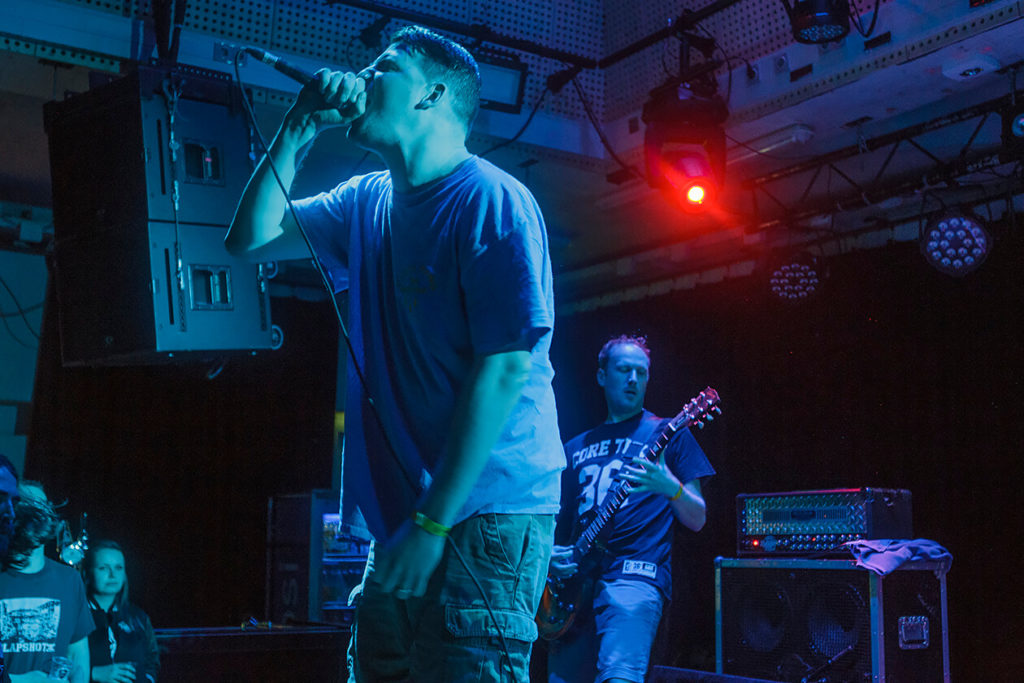 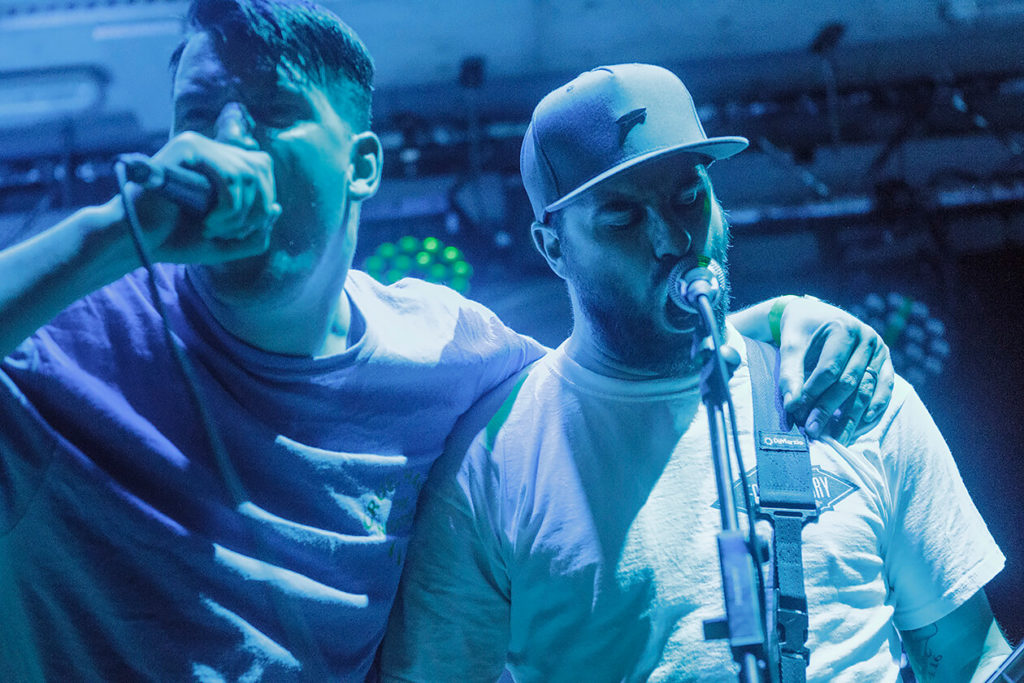 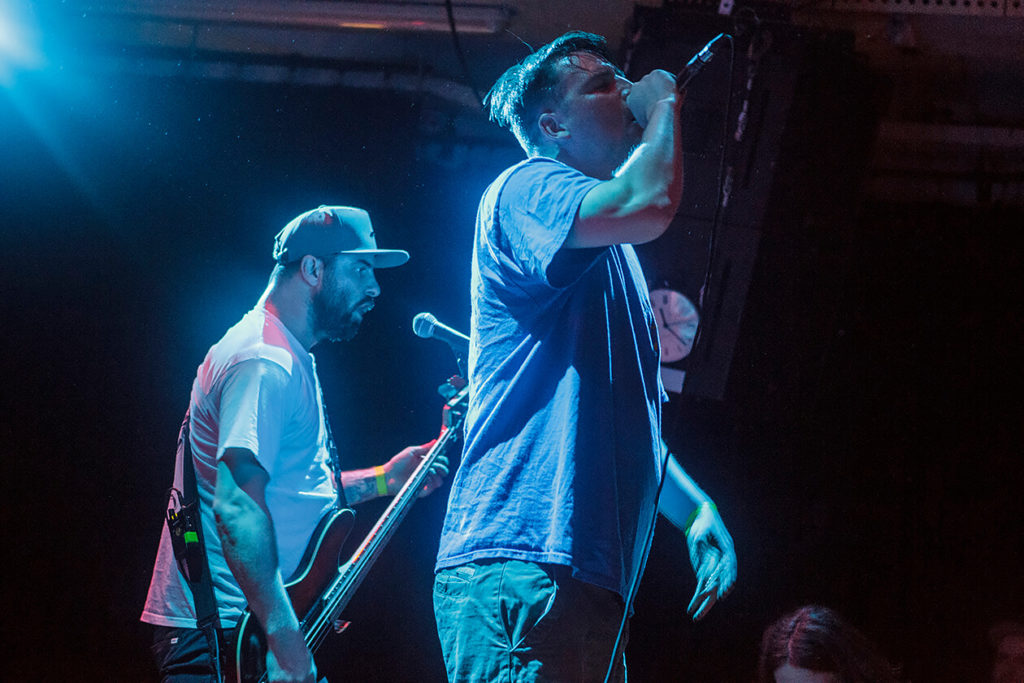 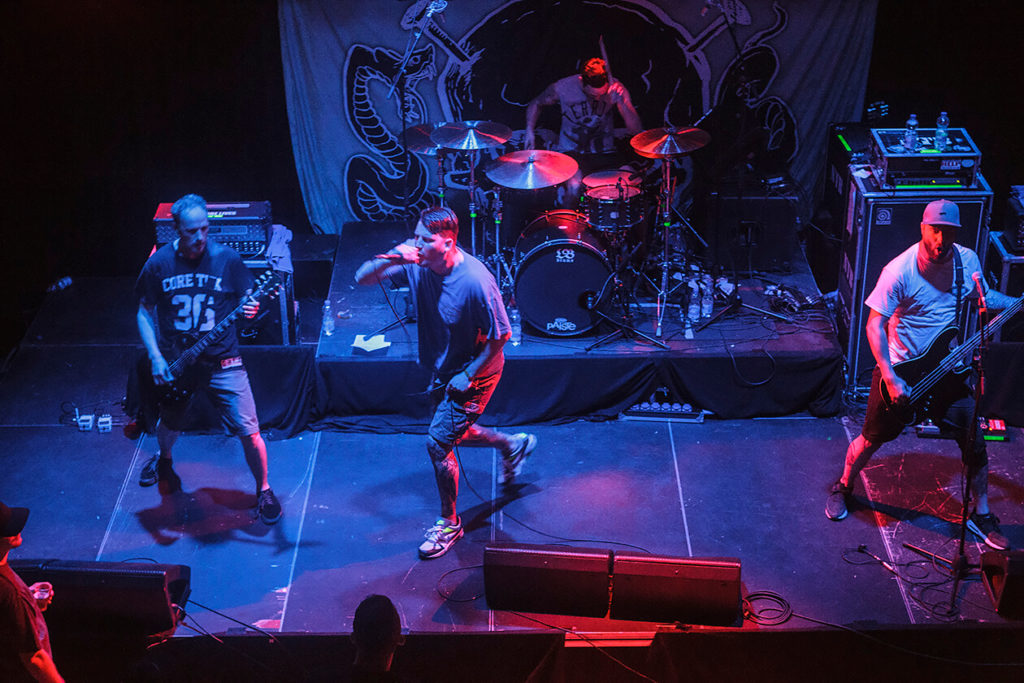 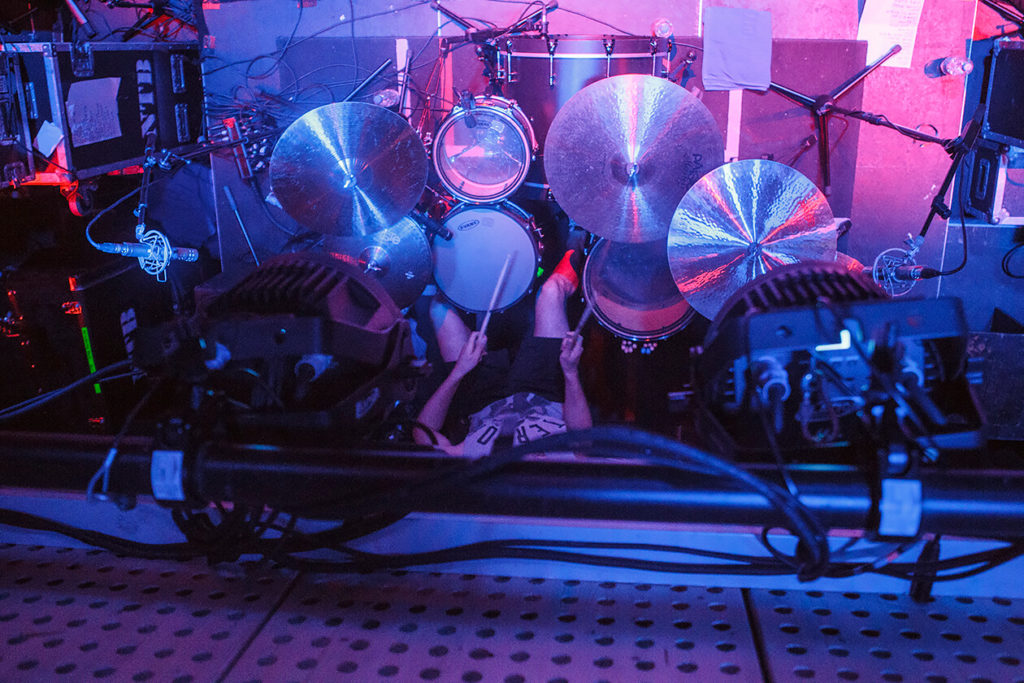