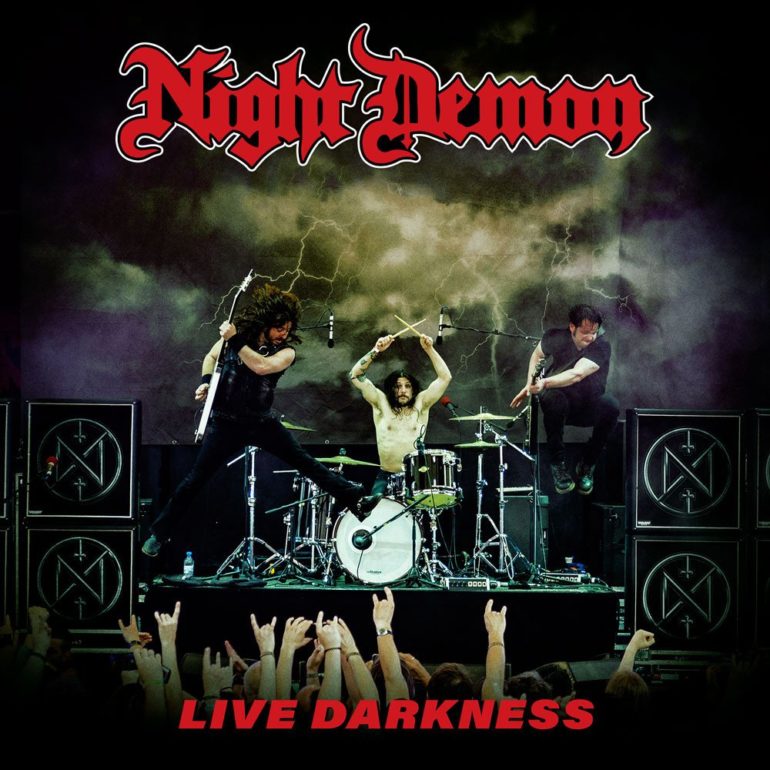 The American old school heavy/thrash metal band Night Demon released an official live video for the song ‘Evil Like A Knife’ featuring Athenar of the American speed/black metal band Midnight on vocals. The song is taken from their upcoming double live album “Live Darkness”, which will be released on August 10th, 2018.