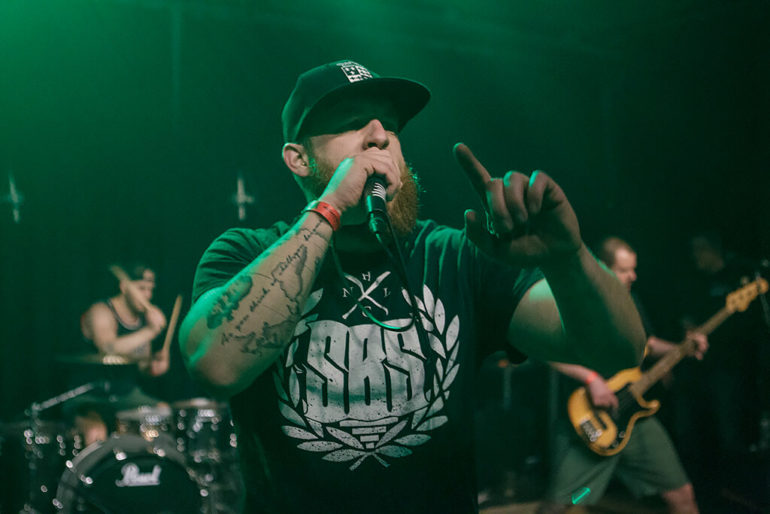 January 31, 2017 | Neushoorn, Leeuwarden – Leeuwarden is getting ready for yet another Hardcore Wednesday in Neushoorn. This event has become notoriously epic within the hardcore base in Friesland. Tonight promises to be no different, with three well known names of the Frisian hardcore scene. Leeuwarden based band Hard Shoulder gets to kick off the night with their hardcore punk. Followed by SWIMorDROWN, who will celebrate their tenth anniversary this year. To top it all of Manu Armata is going to take the stage for their last show with bass player Peter. Pictures: Oscar Anjewierden

Hard Shoulder
With members of hardcore formations Cornered, Bad Attitude and 0Fight8, Hard Shoulder takes the stage. Be it an half hour late, because guitar player Jasper could not make it on time due to a football match. Nevertheless, they start off very strong with singer Niels claiming his place on stage. Their sound is more punk like than the rest of the bands tonight, making it a nice warm up for the rest of the evening. The songs are short, but don’t feel hasty. Even though the volume could be cranked up a little, the music sounds slick and Niels manages to not lose his voice. Which is not too surprising since their show lasts no longer than 13 minutes. They end their show with the song Joke, that has some nice guitar riffs in it. The show makes people curious for new material. 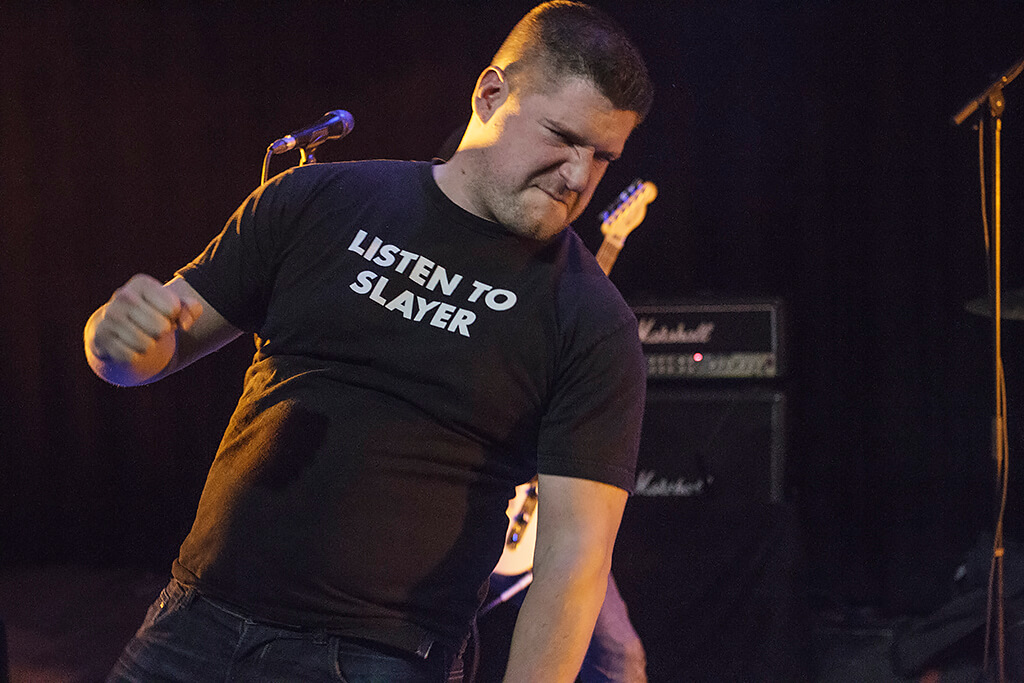 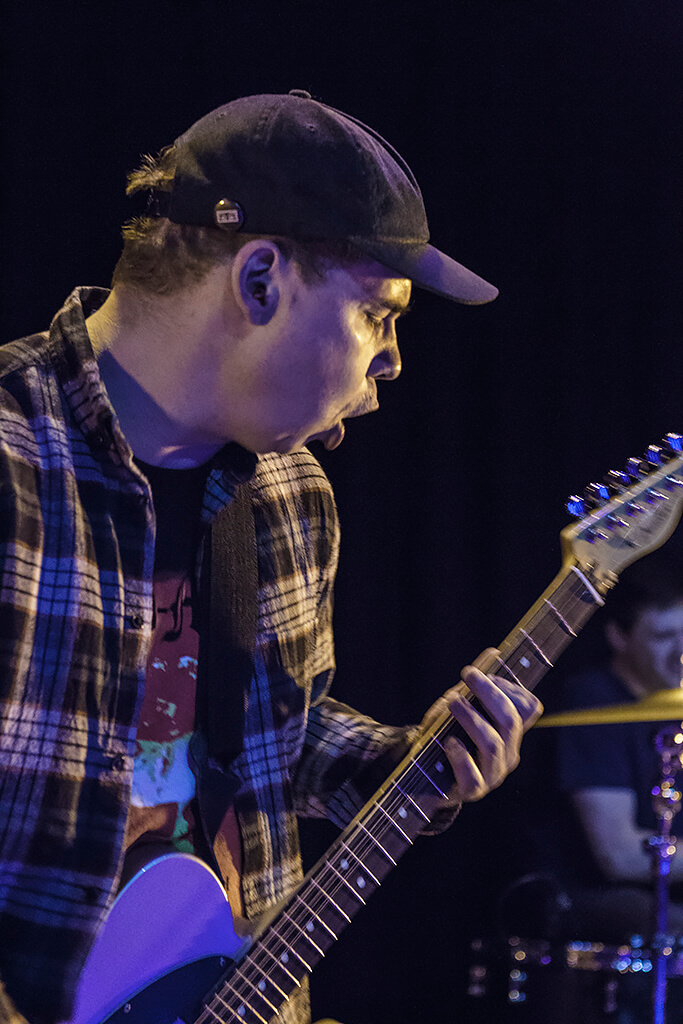 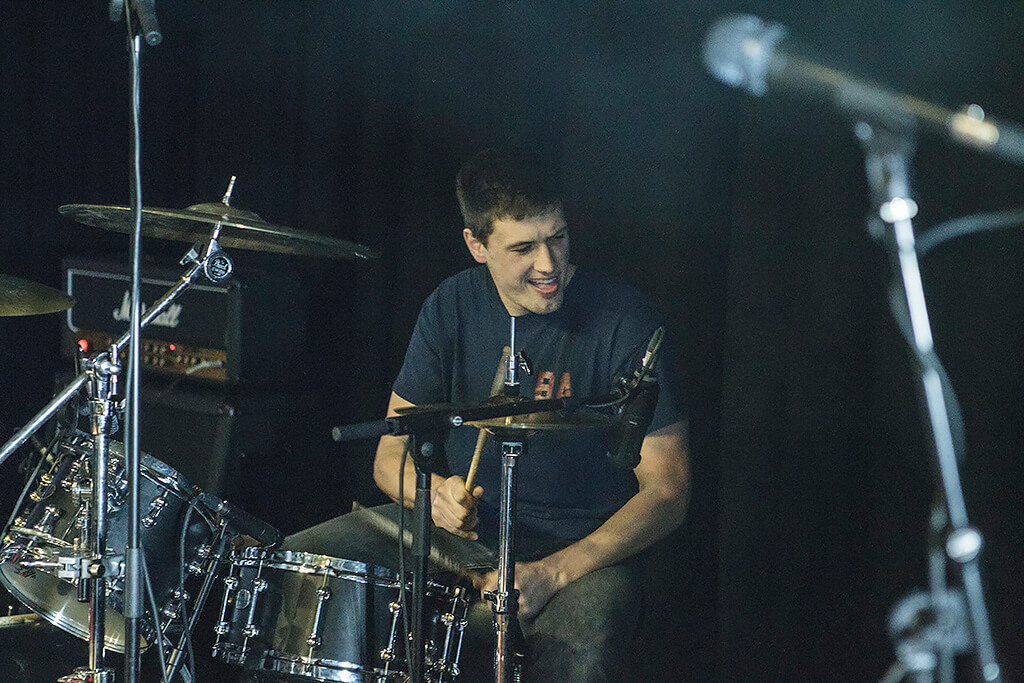 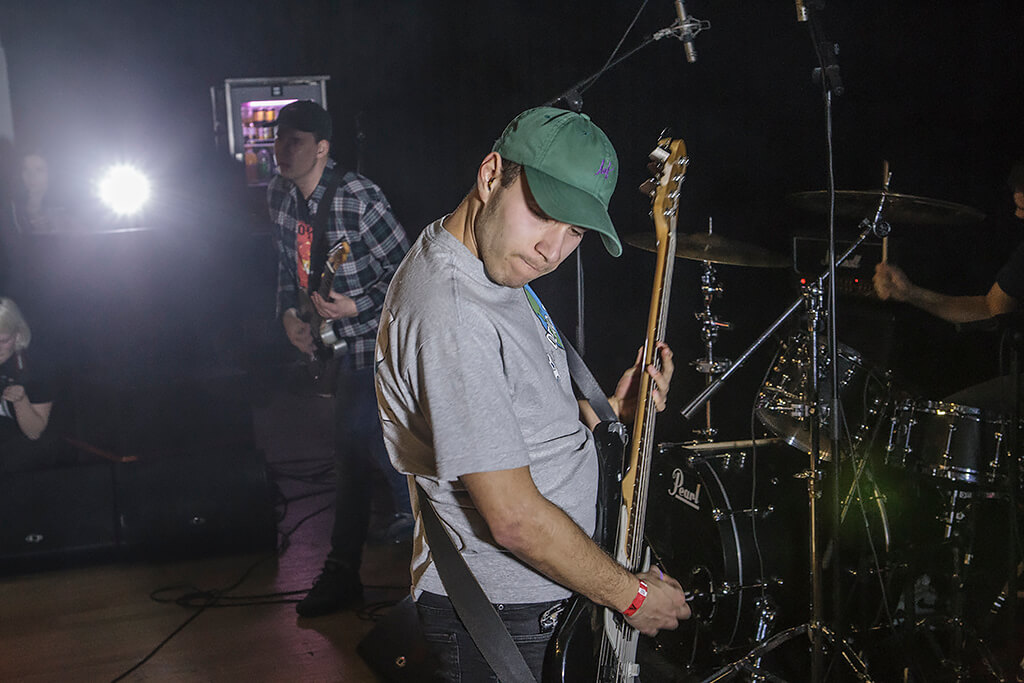 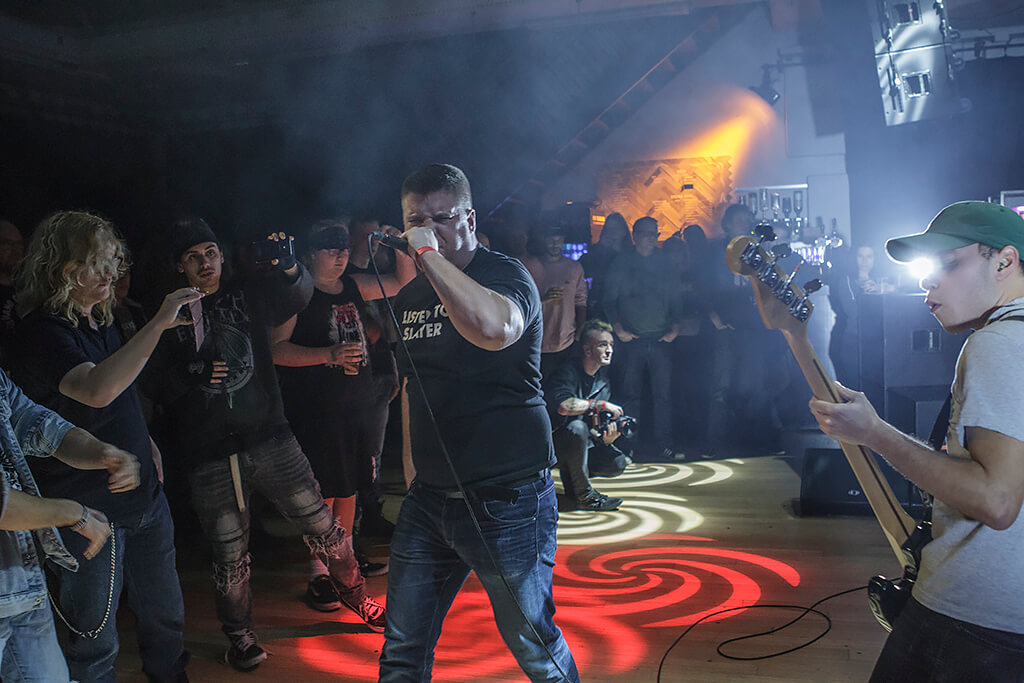 SWIMorDROWN
Time for another well-known name within the Frisian Hardcore scene; SWIMorDROWN. This hardcore formation from skating capitol Heerenveen has been around for a long time, this April it will be ten years. Over the years they’ve managed to acquire a solid fanbase, assuring gigs in various stages and festivals like PitFest. Singer Jan is extremely happy to be playing here tonight and his enthusiasm is contagious. There is quite a nice turn out and people immediately start moving to the no nonsense hardcore they produce. SWIMorDROWN often combines own material with covers from bands like Terror and Sepultura and tonight is no different. Jan is screaming his lungs out whilst the band plays tight and livid. It looks like the experience of the last ten years has brought them to this moment and the crowd really gets swept away tonight. 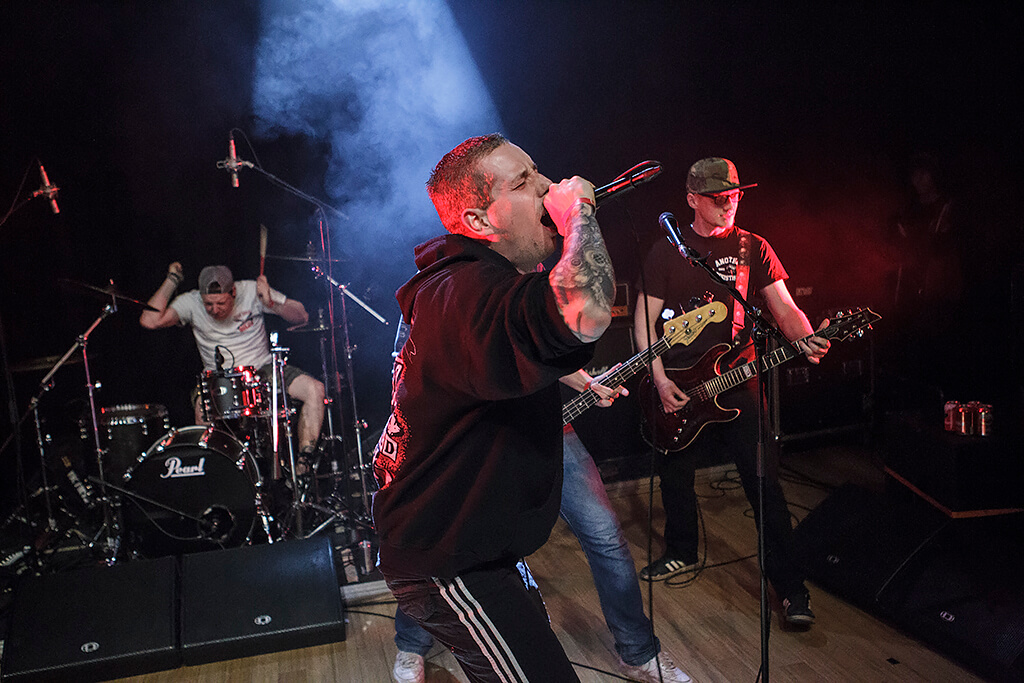 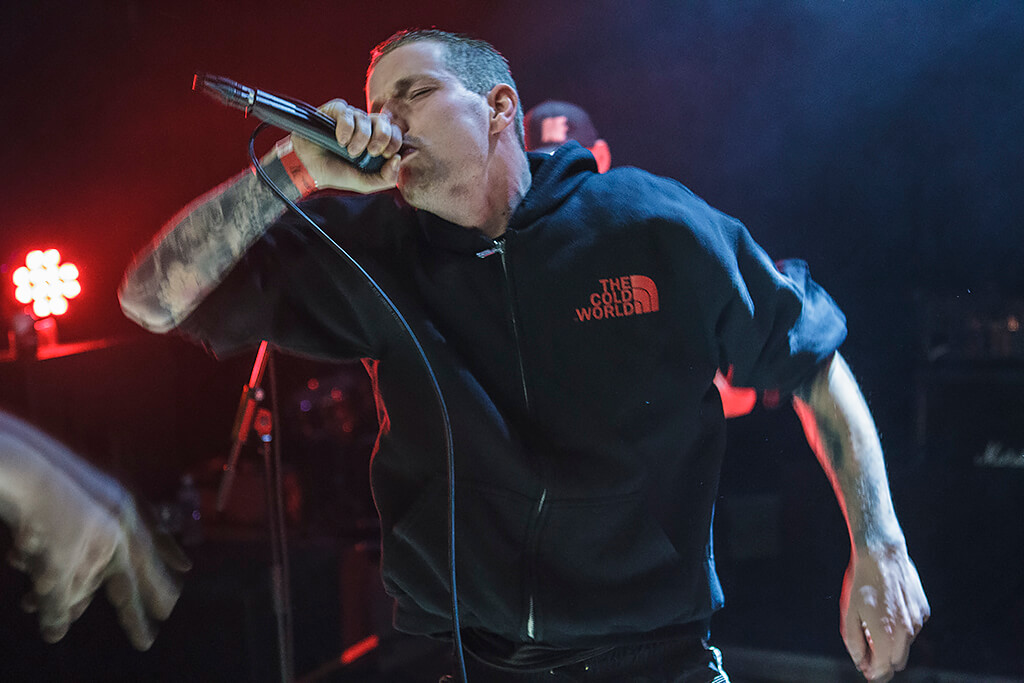 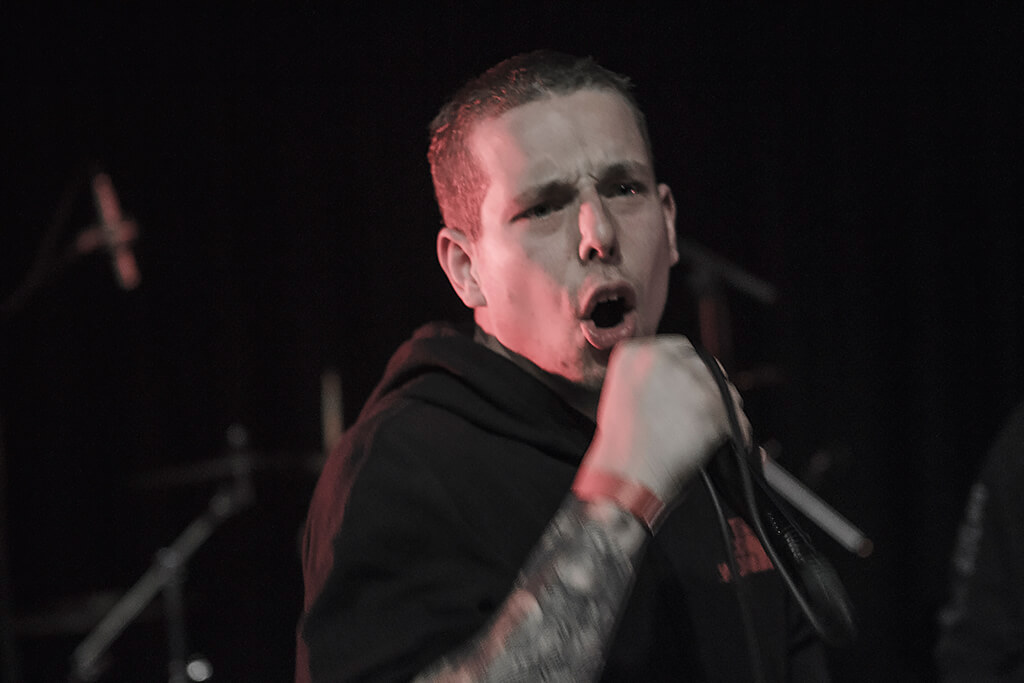 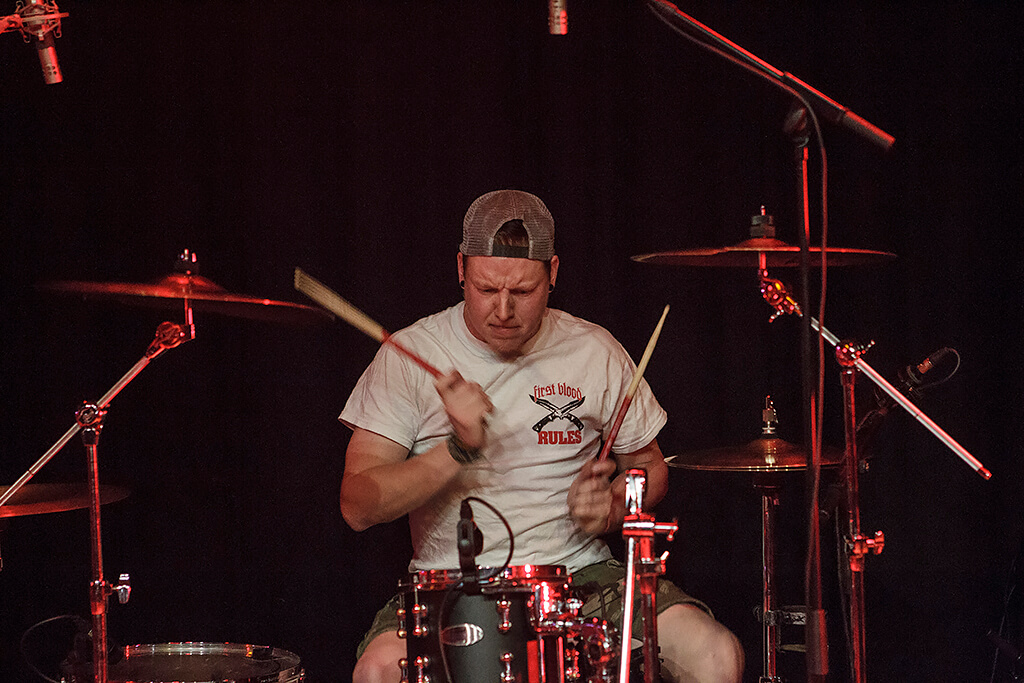 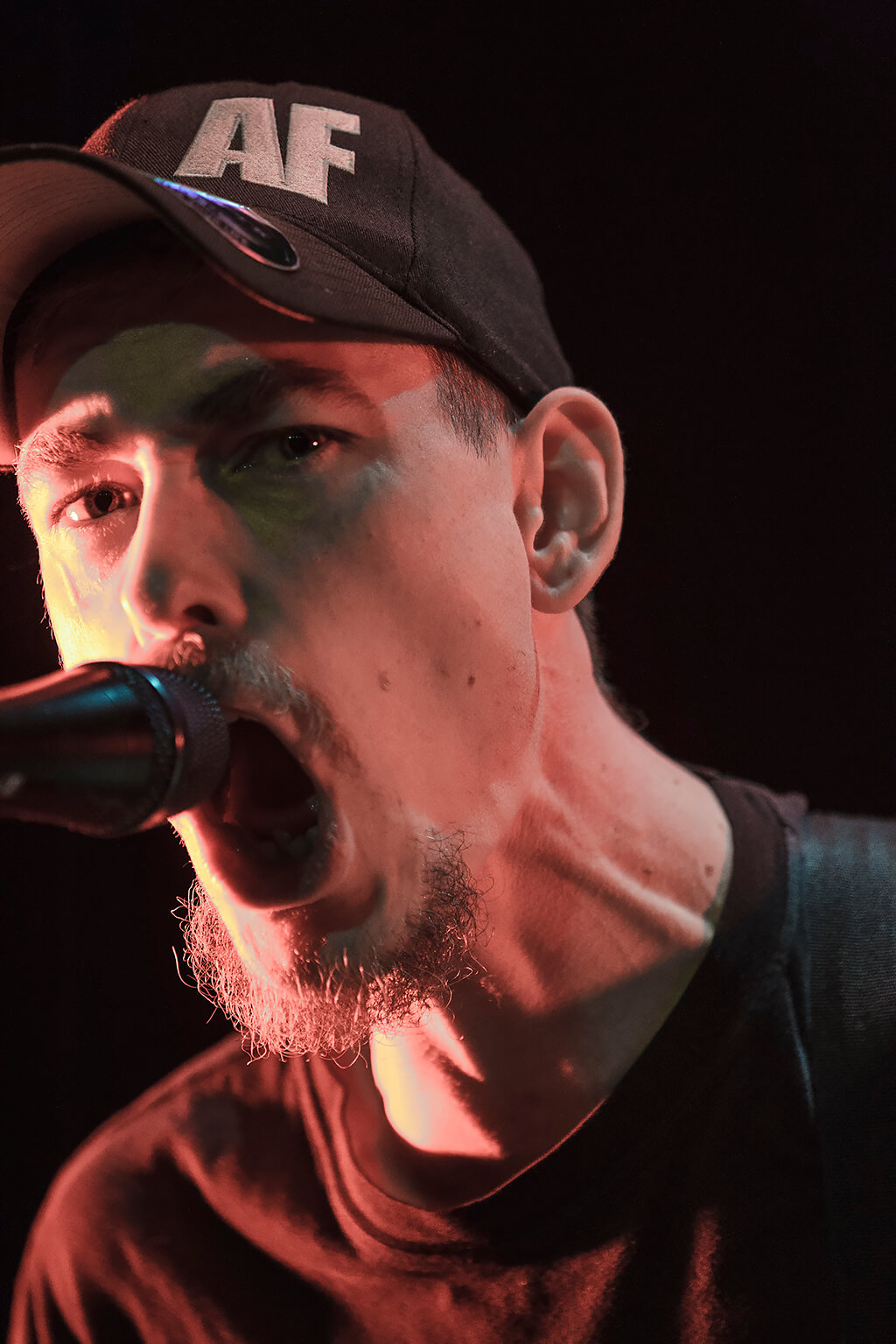 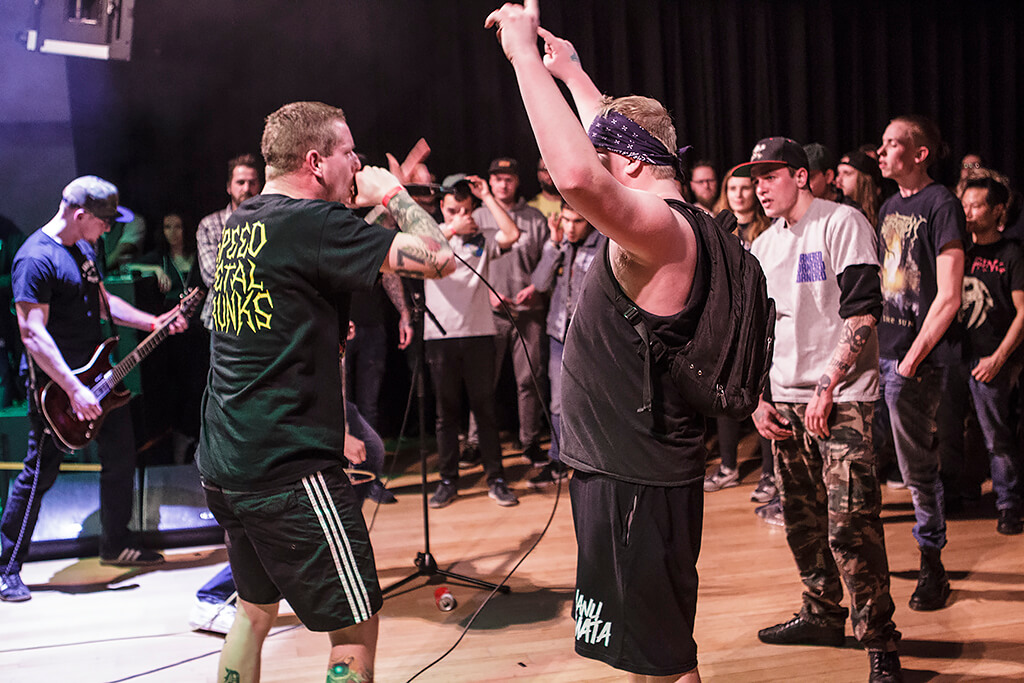 Manu Armata
Straight from Harlingen and right in your face: Manu Armata kicks off with Self Reliant. Singer WD oozes energy and sounds ferocious as ever. This is their first show of 2018 and sadly the last with bass player Peter, who is ready for new adventures. Manu Armata knows exactly how to suck in the audience with their fast paced pure hardcore. The venue is packed with a lot of fans who want to pay their respects to Peter, who is really playing his heart out tonight, providing the rest of the band with a solid base. They play a lot of songs from their latest album All I Have combined with older material, giving the fans what they came for. Their plan for 2018 is to play as much shows as possible and to write new material. Drummer Cees Jan looks like he’s going to destroy his drumkit and Eric never ceases to impress the crowd with his rapid guitar riffs. They end their show with a classic, From The Heart. 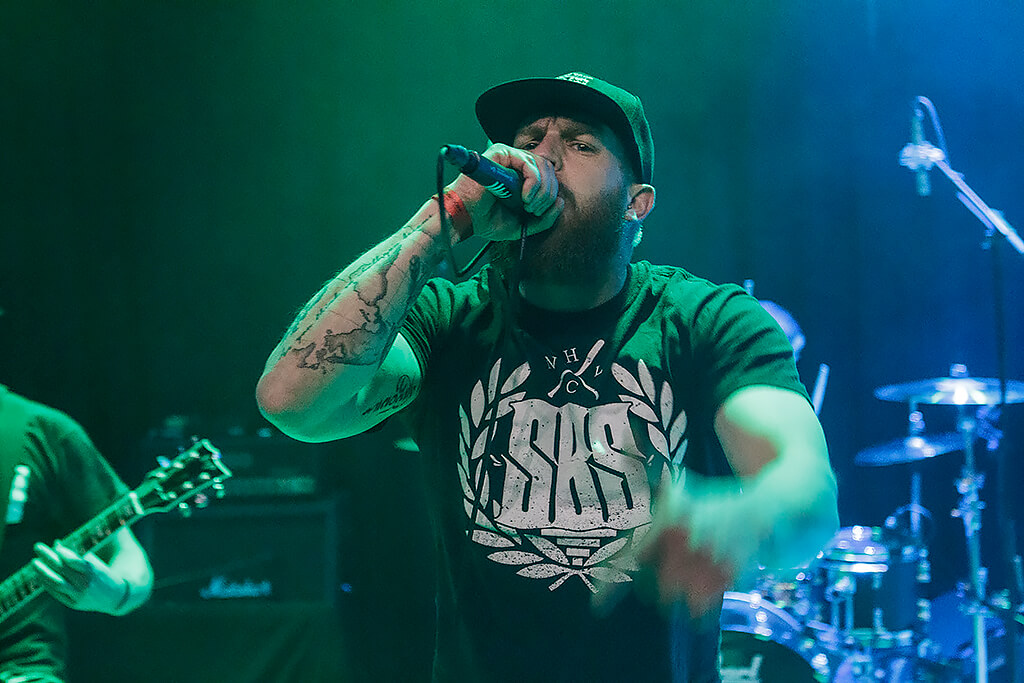 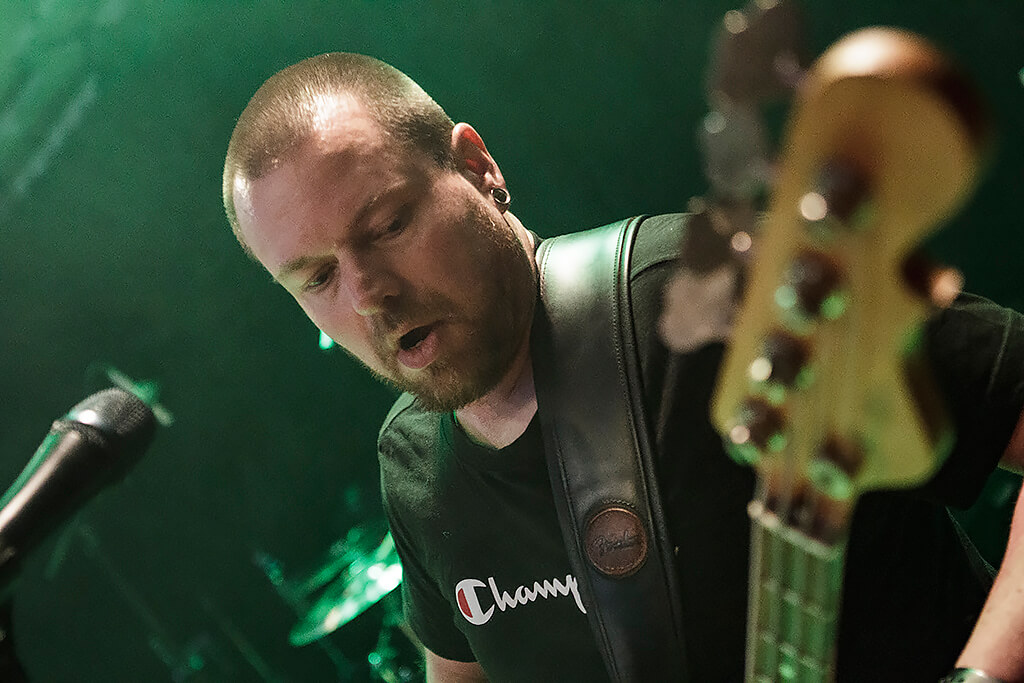 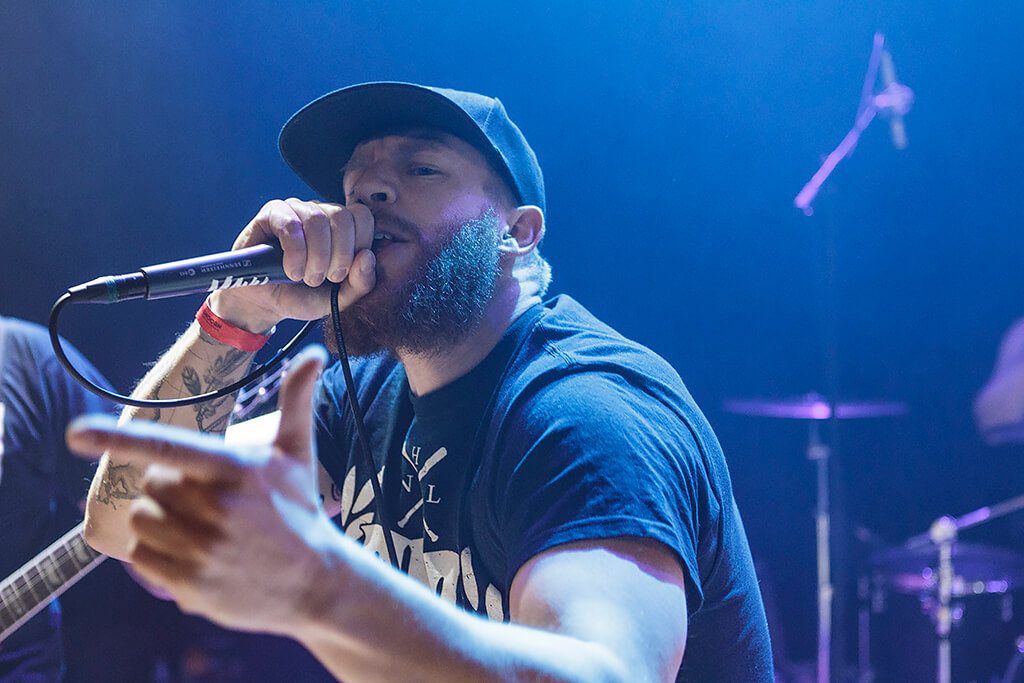 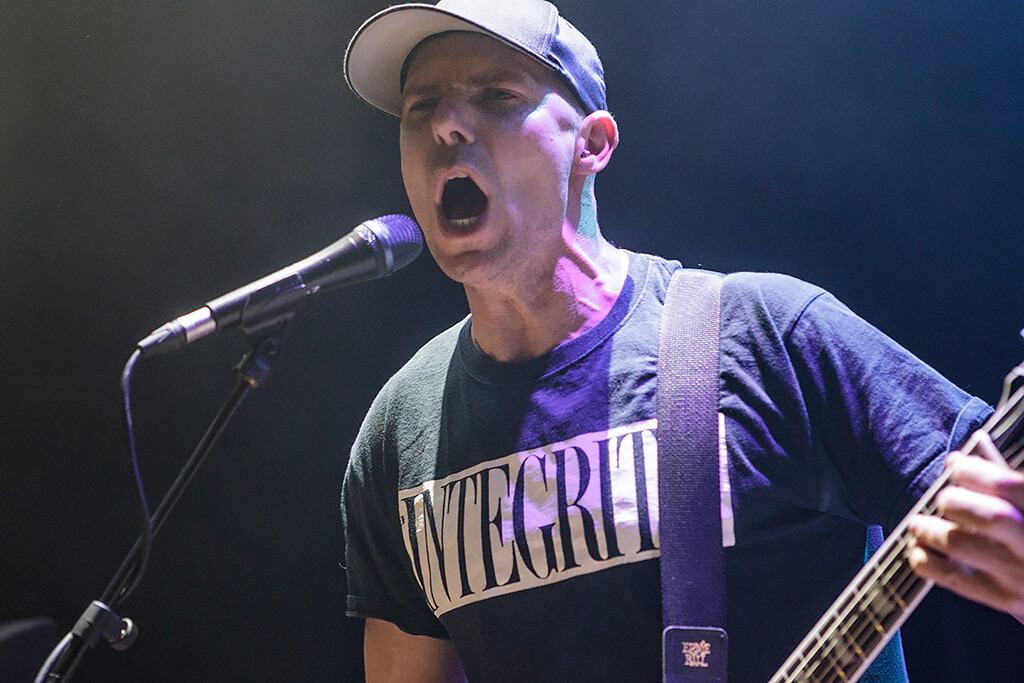 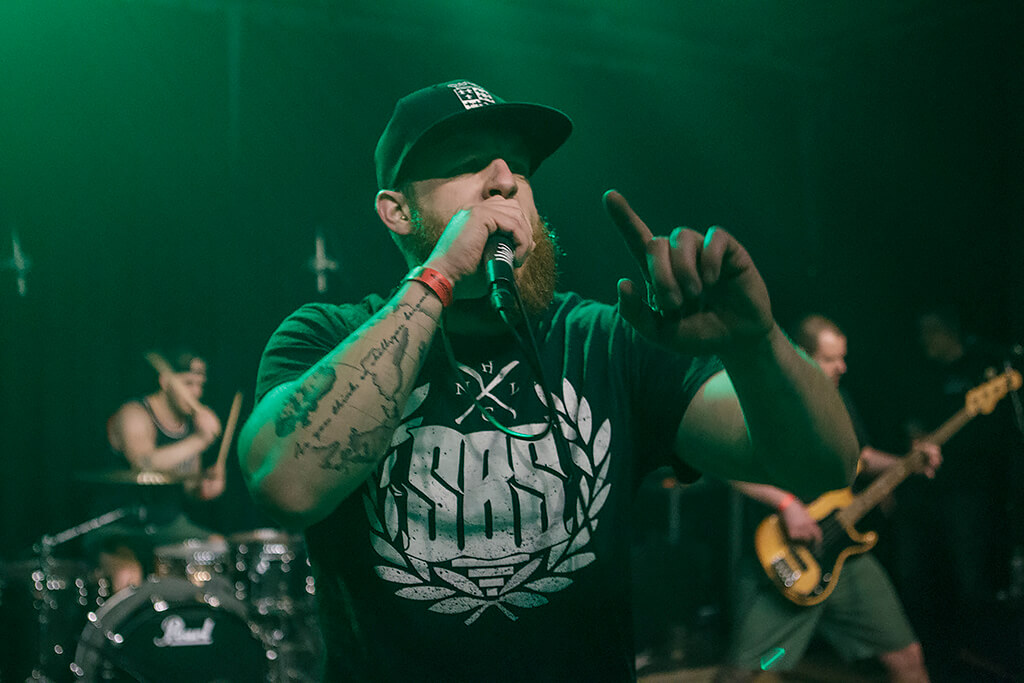 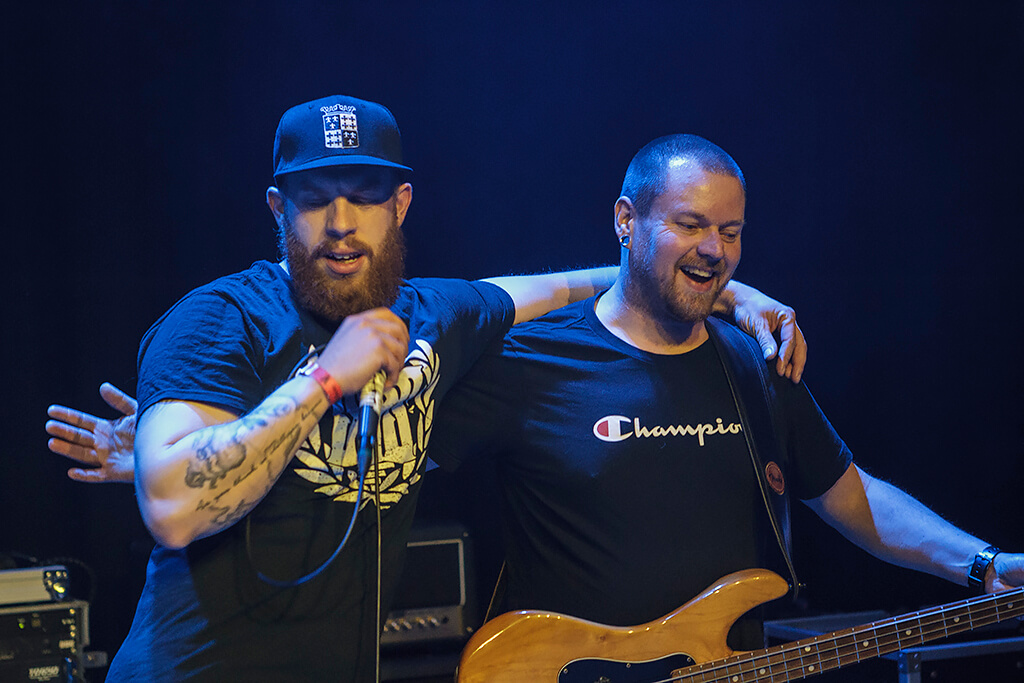 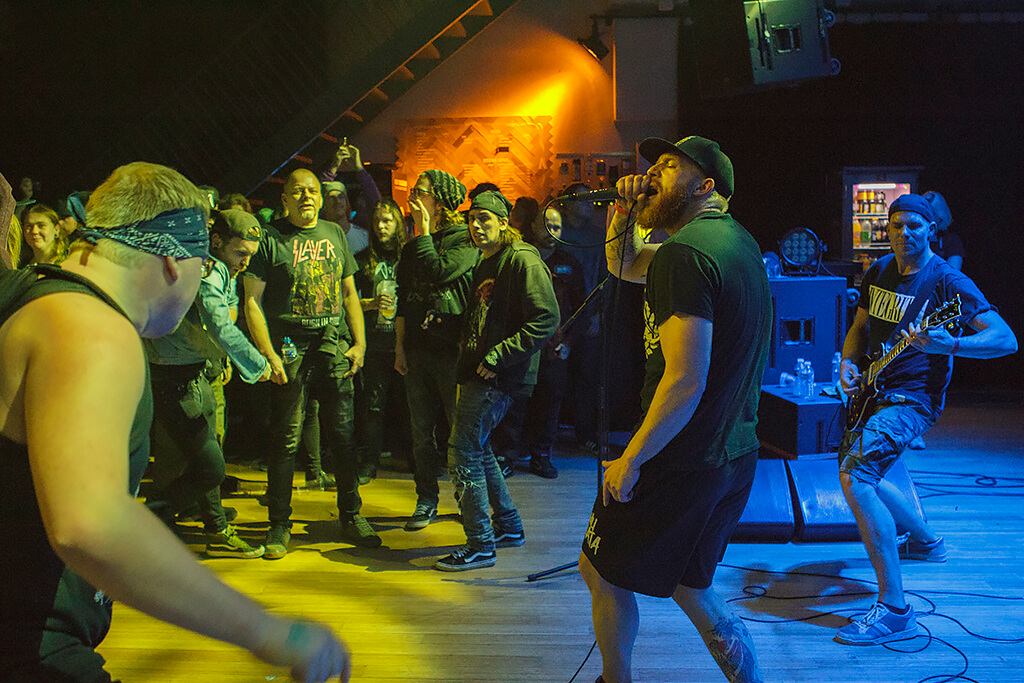 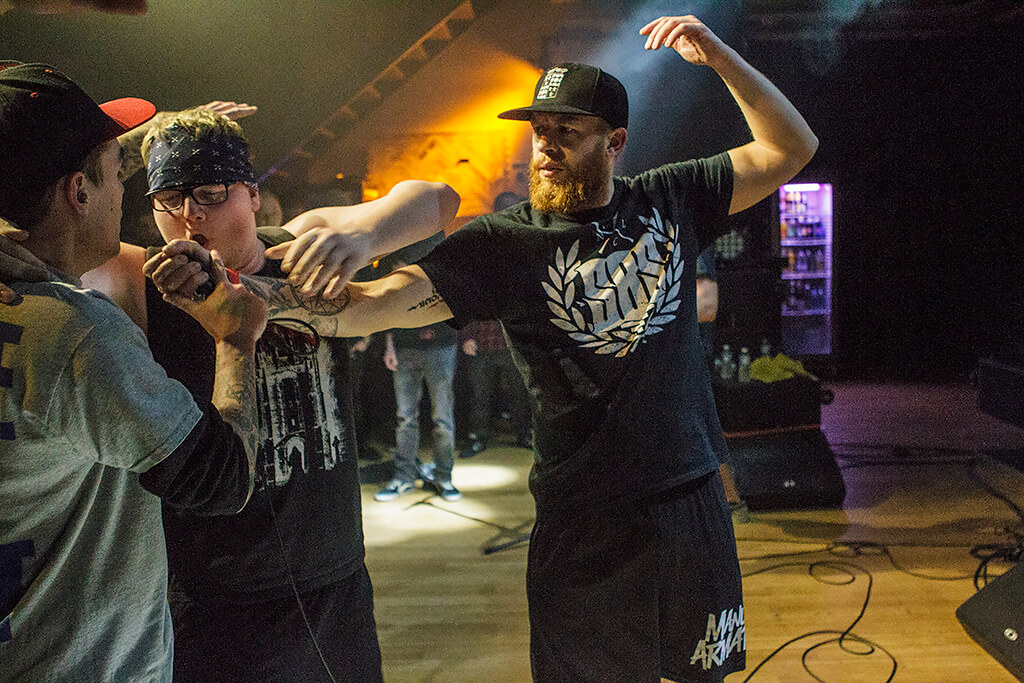 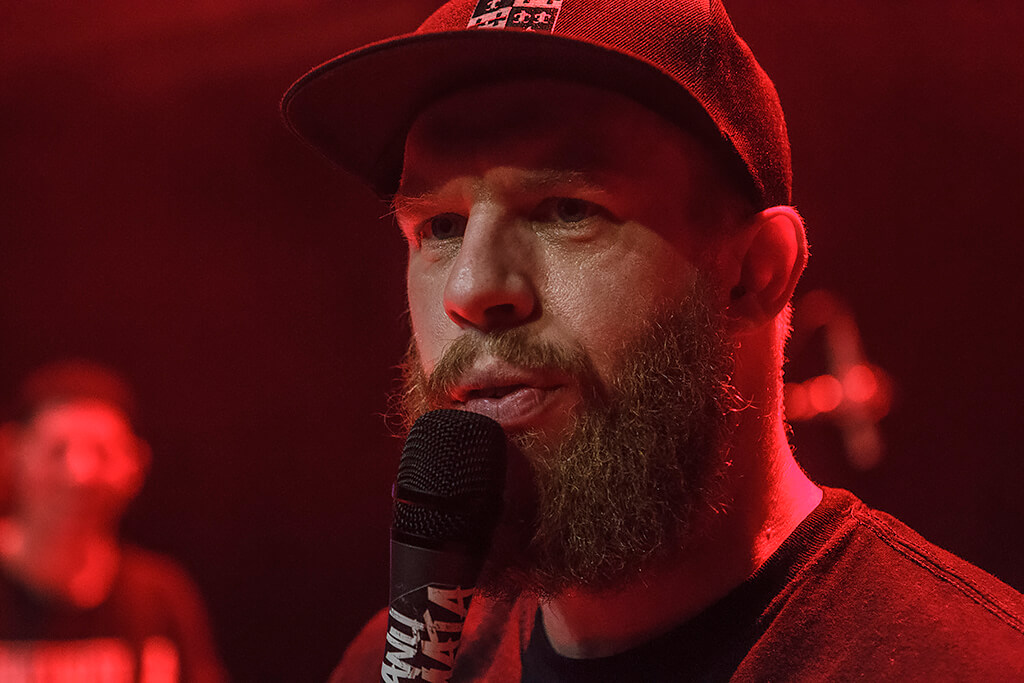 Tonight was yet another epic Hardcore Wednesday, but probably the last. Rumor has it that Neushoorn wants to move this event to Friday, due to various reasons among which noise reduction is one of them the opinions in the crowd about this vary. Nonetheless, this was one Hardcore Wednesday to remember.