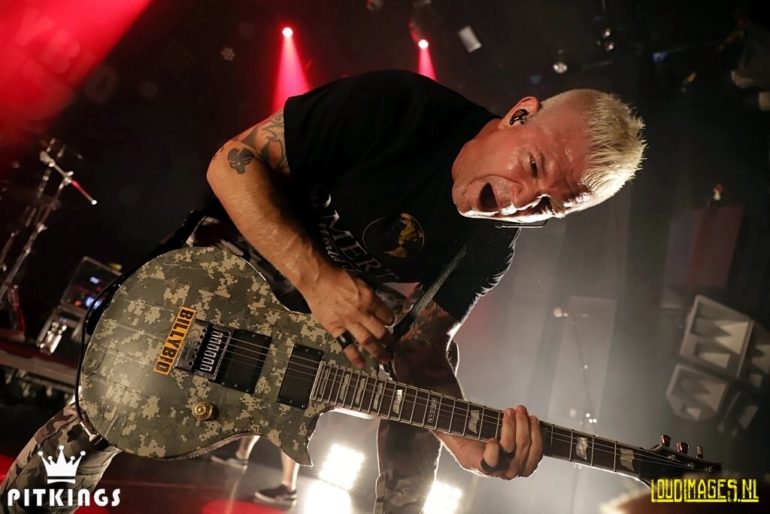 October 14, 2018 | Neushoorn, Leeuwarden – After a heavy night in Apeldoorn with Primal Fear, Riot V and Existance, I’m off to Leeuwarden the next day for another night of metal with the American bands Life Of Agony, Billy Bio and All Hail The Yeti. As one of the first persons in the venue of Neushoorn, we are welcomed by a guy on the piano and as I walk past him, I see it is no other than Billy Graziadei from Billy Bio/Biohazard! Unfortunately this only lasts another minute before he grabs his stuff and goes backstage again, but is was a nice surprise.

All Hail The Yeti (USA)
As people keep filing in, the first band of this night is getting ready. Pinning a genre on this band is a bit tricky. It has some kind of metalcore-ish style, but not quite and is has some groove-metal with a twist, but different, etcetera. All I can say is, that it is entertaining as fuck! The songs vary a lot from heavy and fast to extra heavy and slow. The music of these lads is raw and brutal, which makes a lot of heads bob in approval. There is even a small pit, but is kept rather civilized.

Singer Conner spends a lot of time on the edge of the stage, close to his fans and is very expressive with his gestures and face. There is a lot of action on the stage and even drummer Ryan “Junior” Kittlitz is showing off behind his kit. It is great fun to watch the show, which ends way to soon. Keep an eye on them as the come to The Netherlands again. I sure will! 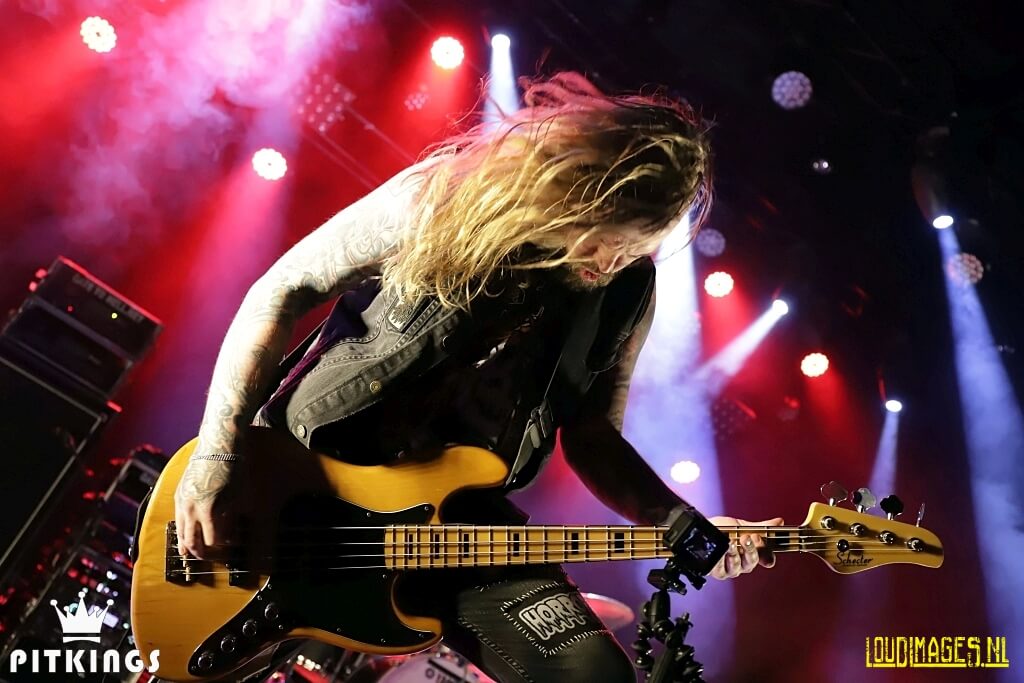 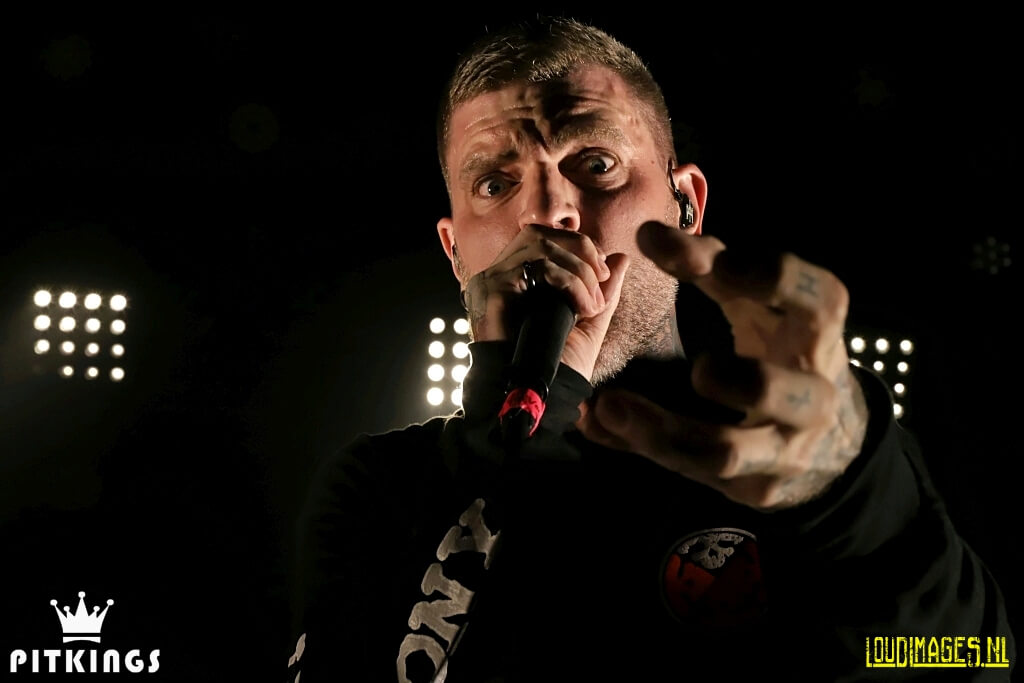 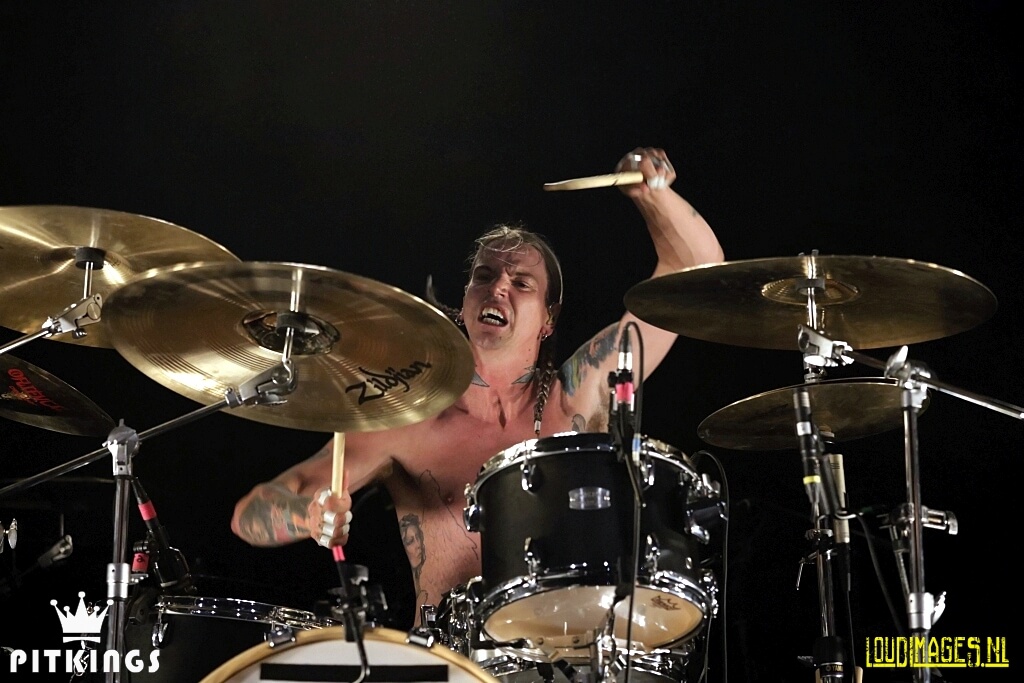 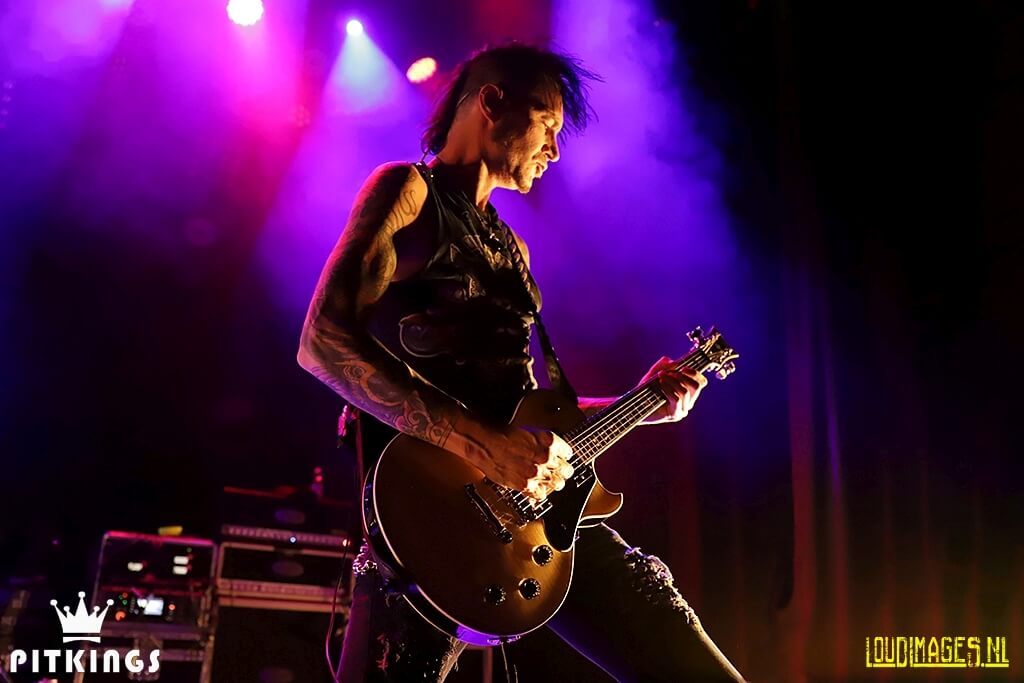 Billy Bio (USA)
Billy Graziadei’s new project is something I was looking forward to in a long time. Sadly I missed out on the Powerflo gig some weeks ago, but tonight was the rain check with his solo project. Everything about this band is new and even the songs were that new, that Billy had the lyrics in a folder on his monitor. Not that he really needed it, because he only glanced at it in between songs. Billy is very very engaged with is audience and I know he has a special bond with our little country.
But back to the music. It is obvious there is not a complete gig worth of new material, but I know for sure that even if there was and he didn’t play any Biohazard songs, there would be a lot of disappointed fans! To be honest, there is not all that much difference between the Biohazard songs and the new songs and that is positive! The same speed, the same feel, but with a touch of difference.

Of course with the guitar player of The Exploited, Robbie Davidson, the sound is going to be a bit more rough around the edges and that is what makes this gig awesome! It’s a pity Billy has quite some trouble with his in-ear-and-mike system. He tells the crowd his 8 year old boy muscled it from Justin Bieber, so that probably why it’s getting loose all the time; it was not meant to be actually used! Near the end the pit is getting pretty wild at times and beer is flying all around, so that’s the cue for me to leave the front of the stage and take a spot a bit on the side. Enjoying the hell out of this. 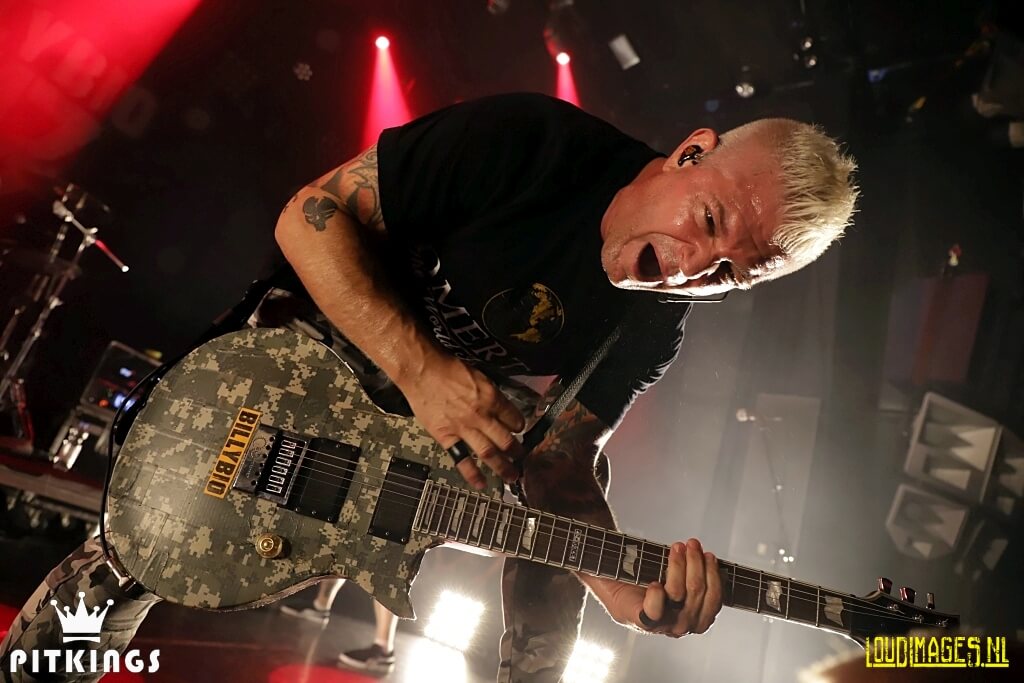 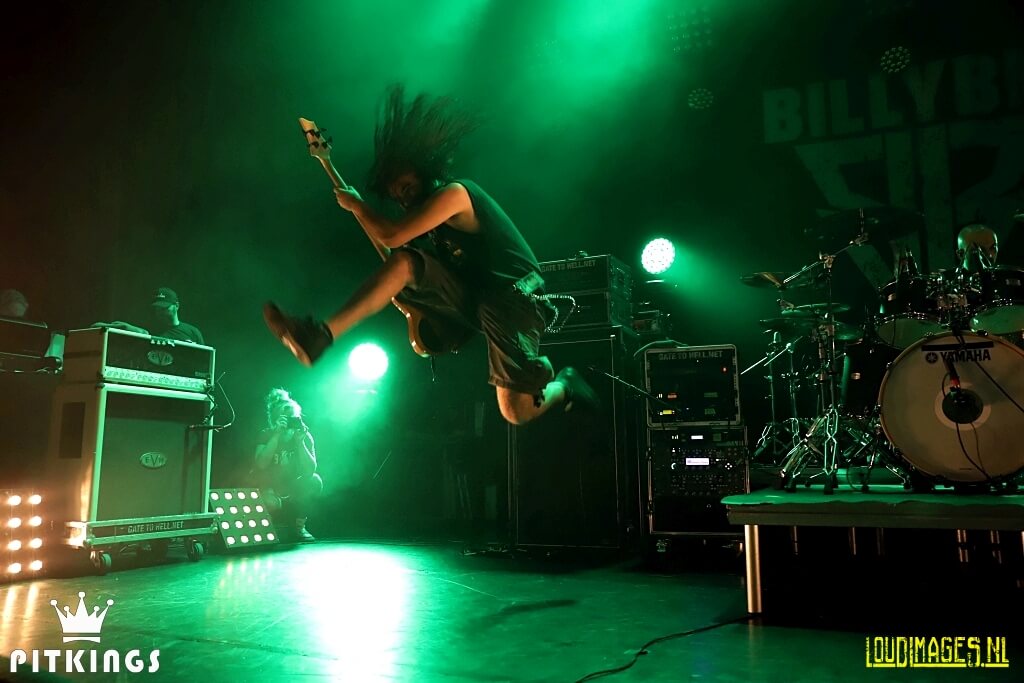 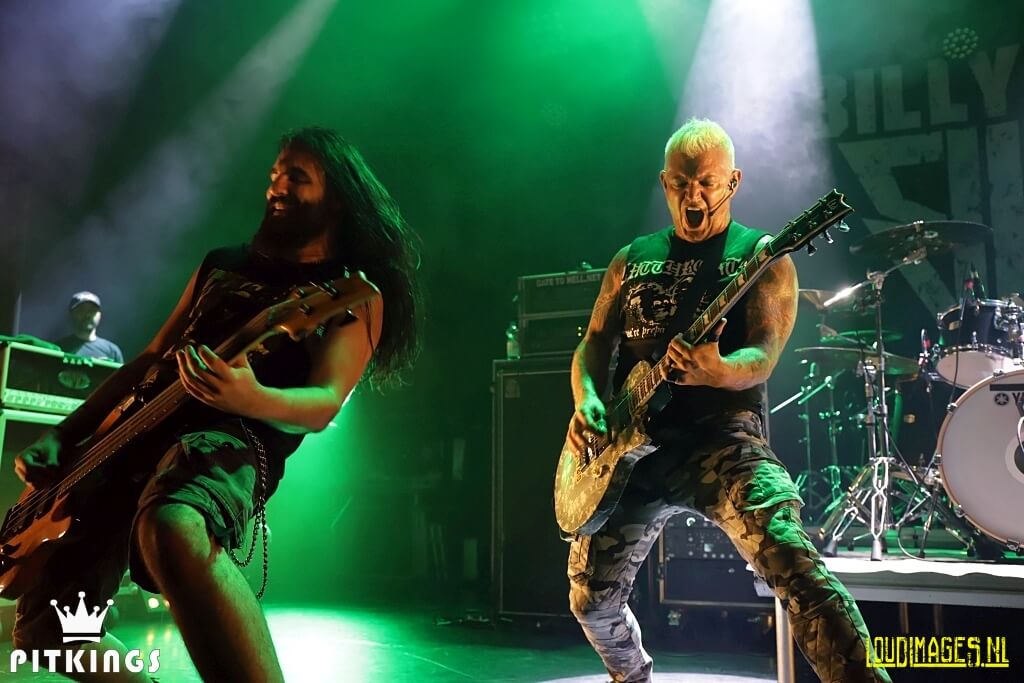 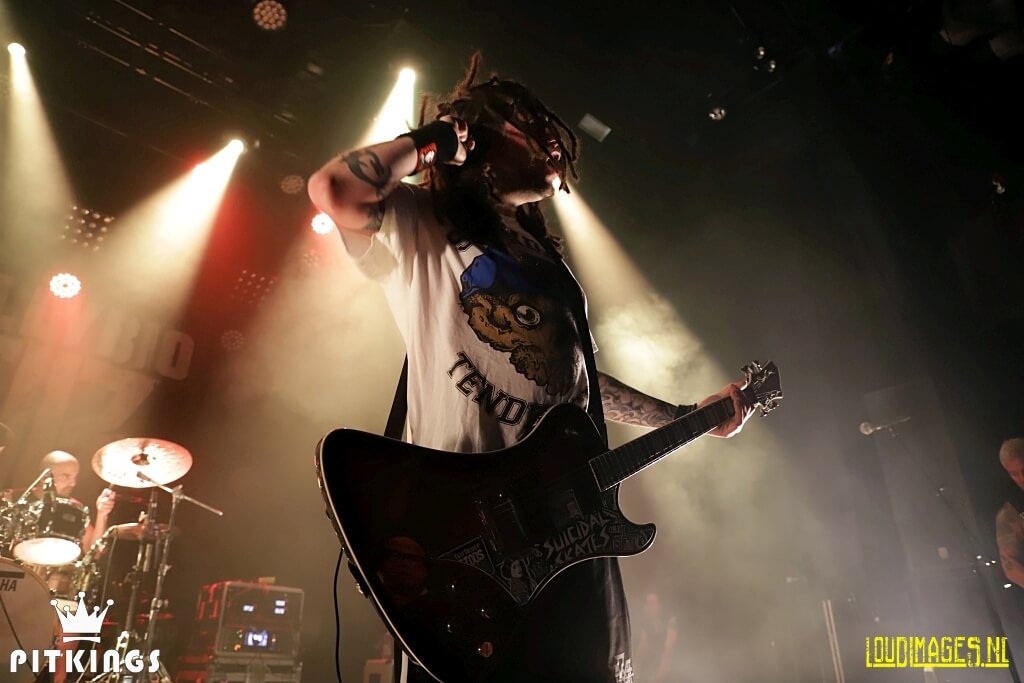 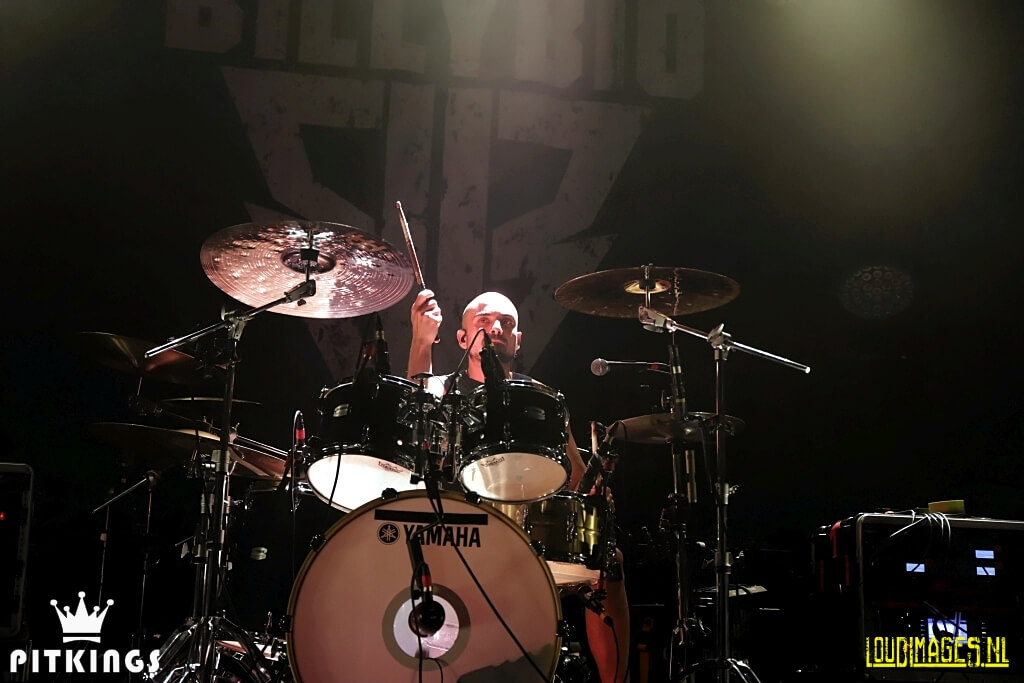 Life Of Agony (USA)
The vast majority present, and it is almost sold out or sold out, is in anticipation of Life Of Agony. The changeover is swift and Life of Agony wastes no time to get the party started. Right from the first song the crowd is going berserk! Mina is going at it too, as she is jumping and dancing in her typical wild erratic way. The 2 previous bands not only warmed up the crowd, but lit the fuse of Live Of Aony too! The band is putting the pedal to the metal and the first few songs seem a bit faster than normal, but that just attributes to the atmosphere. The audience only stops moving in between songs and when I decide to go to the balcony to take some pictures from there, the moving masses below are great to watch.

Not only Mina, but the rest of the band is encouraging the audience to keep the party going and thats just wat is going to happen in Leeuwarden. All the way in the back behind a wall there is a girl dancing like nobody is watching. Everybody in front of the stage is moving in one way or the other. Whether it is voluntary or caused by the wild pit. Leeuwarden is shaking on it’s foundation! Mina is obviously feeling quite sexy according to hints, her gestures and the way she moves about. When the set is nearing the end, Billy Graziadei enters the stage and plays Biohazard’s “Punishment” and “Method of Groove” of Life of Agony with the band.

I grab a drink before the gig is over and walk to my car to drive home again. Damn! What a fine weekend this was! 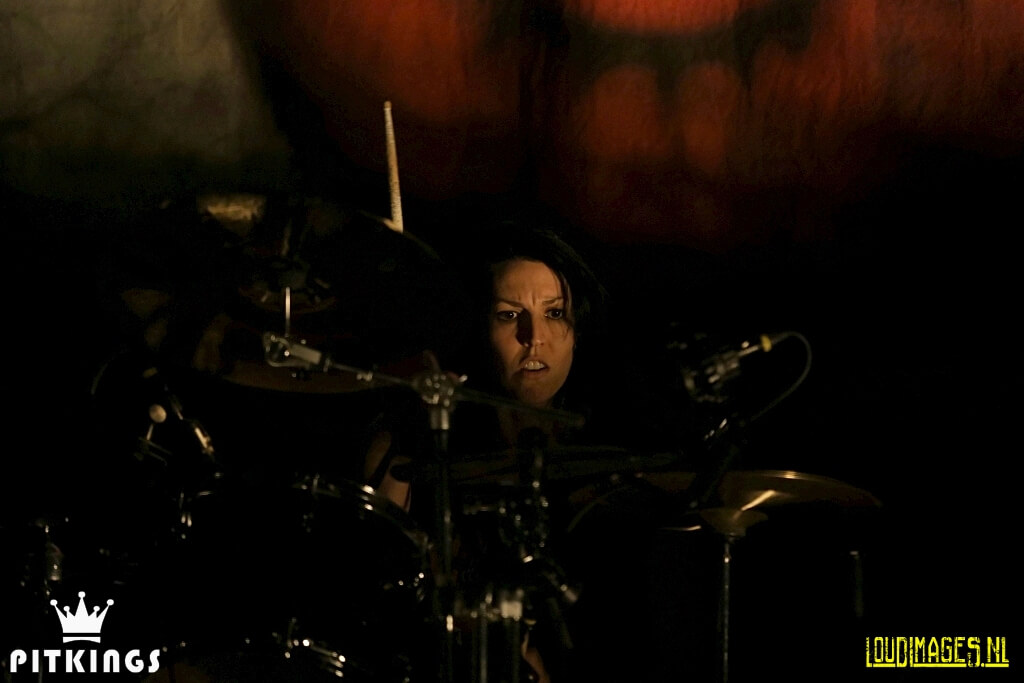 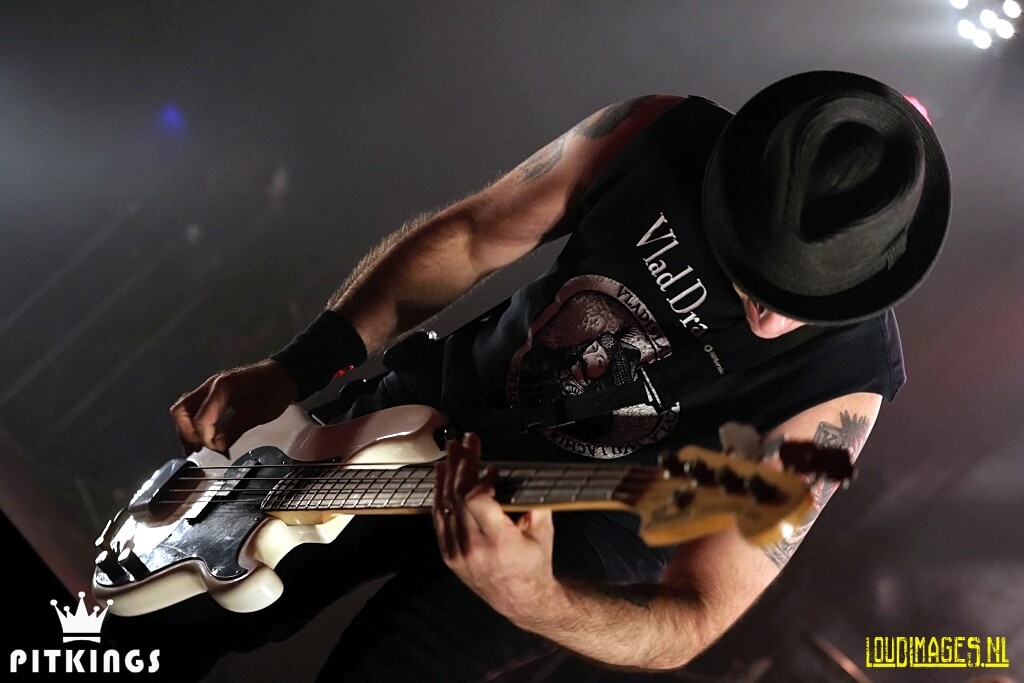 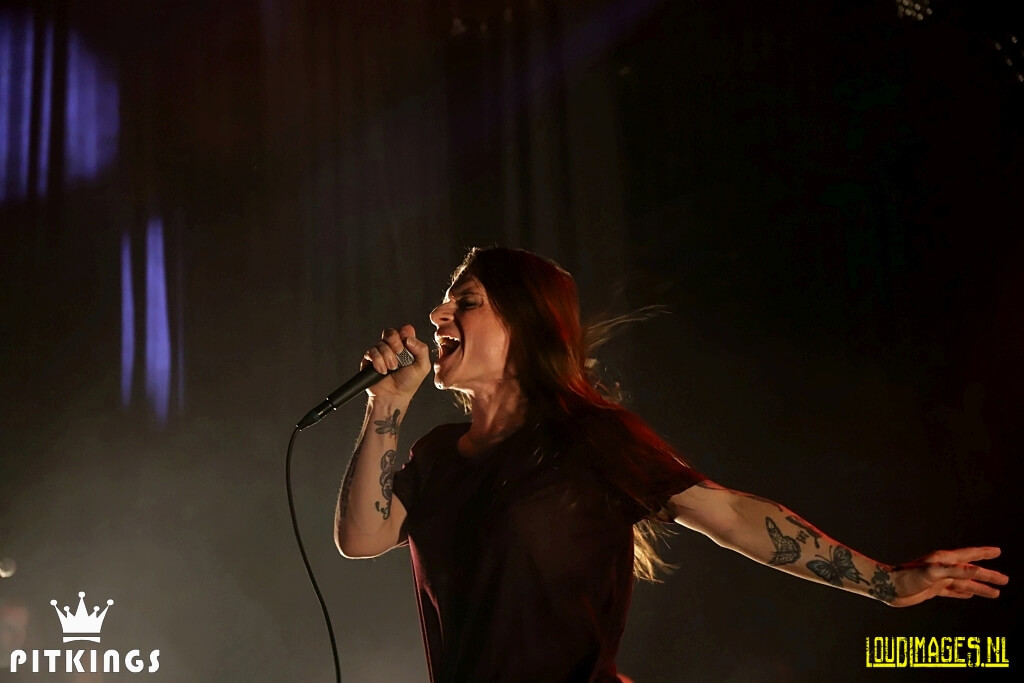 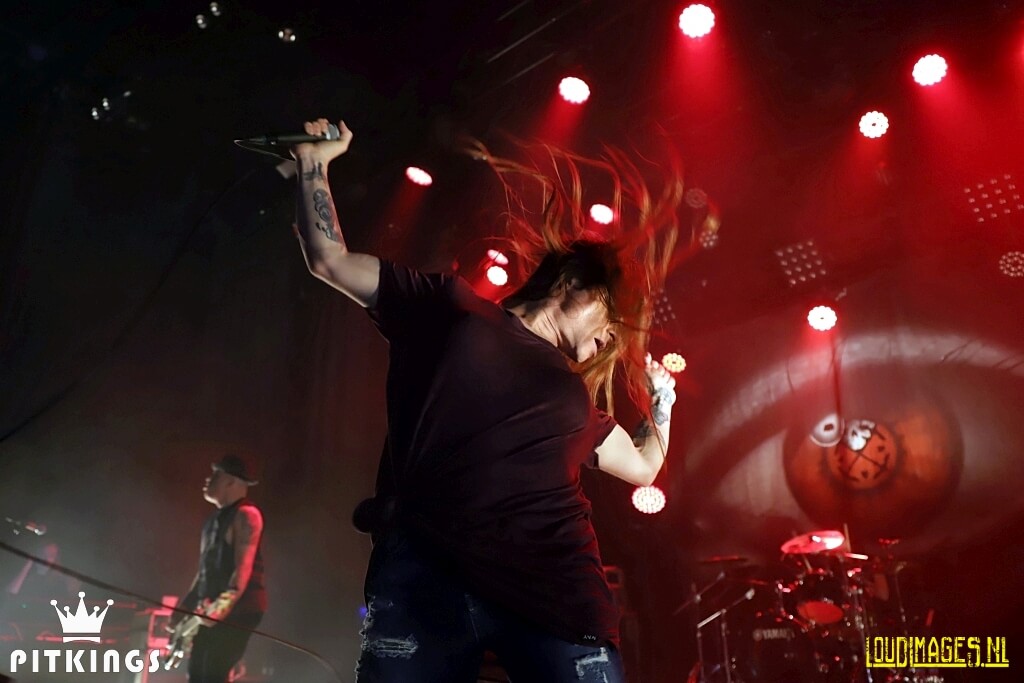 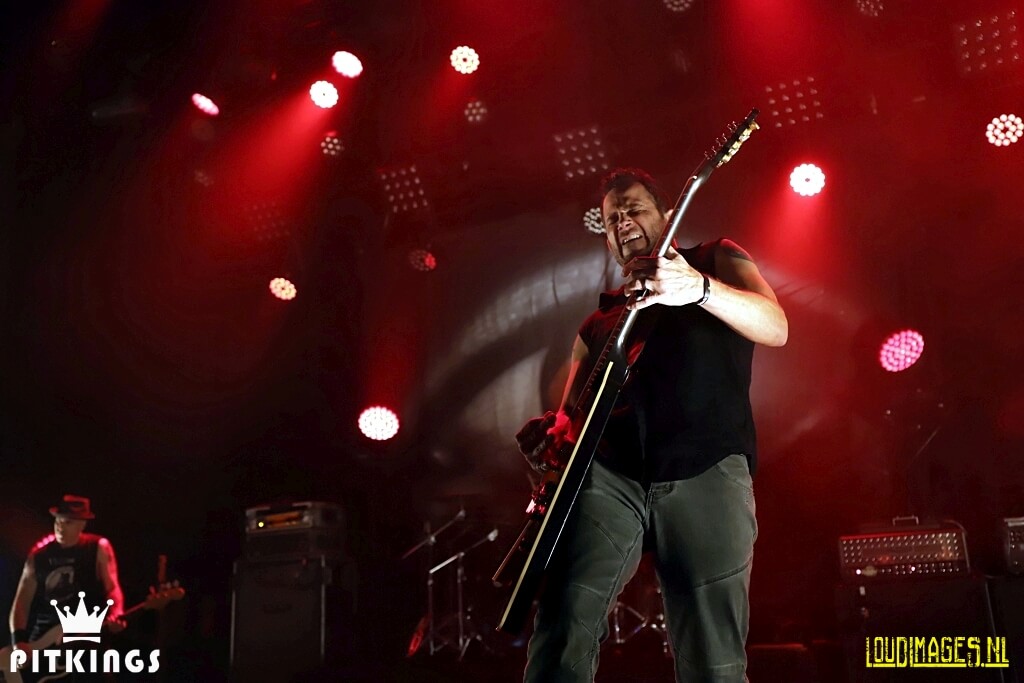