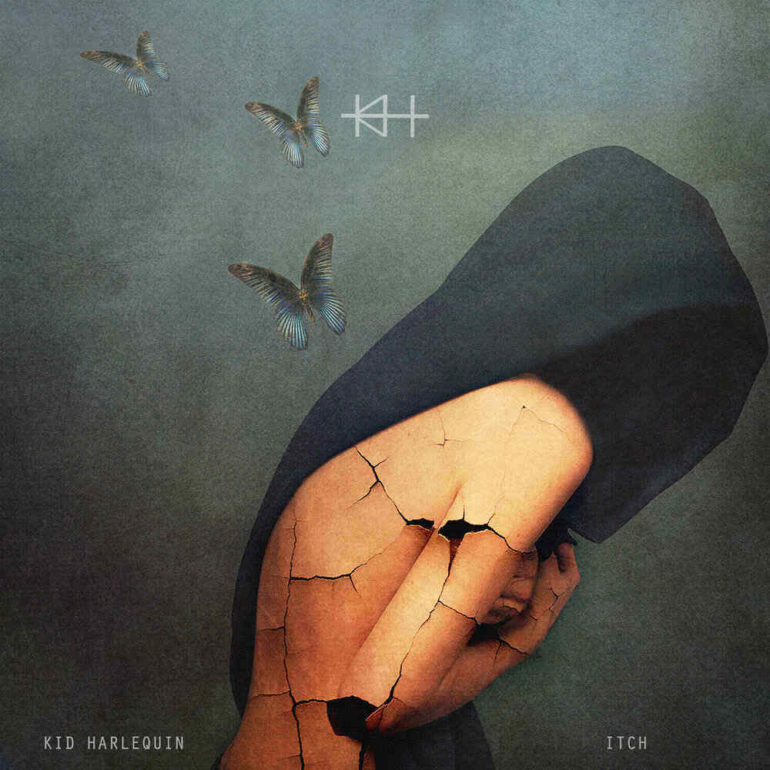 Today (October 13th) the Dutch alternative rock band Kid Harlequin will release their second full length album ‘Itch’ at V11 in Rotterdam. It’s the successor of their debut album ‘Wired’ (2015), which received a stunning 9.0/10 points at PitKings! After the release of this first album things went fast for Kid Harlequin. They played a lot of shows with the highlights yet to come: play at the after show of Alter Bridge at the HMH and Placebo at the Ziggo Dome in November. So, let’s find out if they have to play new songs during those particular shows.

The album starts of with the title track ‘Itch’. One of the most heavy songs on this album and also the one with the most catchy chorus in it. Immediately it’s clear for me that Kid Harlequin is going for perfection. The recording sound is rich and superb, which can easily be compared with the bigger bands from the USA. Another brilliant thing concerning this album is the fact that they try to tell you a story, by using samples and tunes you don’t hear a lot. It’s like you are watching a movie, which takes you to a another world. Very well done!

Another nice thing about this album is the variety in songs and to hear all the different bands that influenced these guys and girl. I just picked a few songs to explain what I mean. The slamming guitar riffs they used for the song ‘Wake Up’ is clearly influenced by Korn. The song ‘This Is Real’ has some Biffy Clyro in it and ‘Cry My Heart Out’ is feeling like an Alice in Chains song. ‘We Used To Be’ gives me some Porcupine tree feelings, while other parts in some slow songs remind me of Tool. Same sound and same atmosphere. And then I didn’t even talked about Placebo, Nine Inch Nails and Marilyn Manson!

To come up with a conclusion, I must say that this album is constantly good and of high quality. The heavy music lovers among us will hate the soft and slow songs, but I think they will love the heavy songs. For everybody who is going to the release show at V11, Rotterdam: let’s hope they play some new stuff!