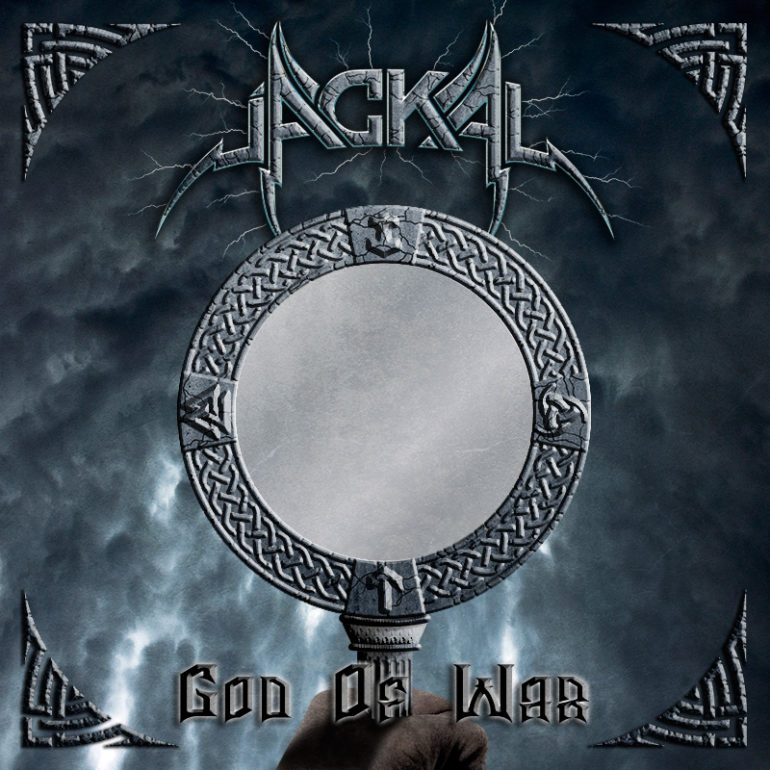 When we talk about classic Dutch metal bands, Jackal is definitely one of them. The band started in 1985 and released their debut album ‘Cry of the Jackal’ four years later in 1989. After they released a hand full of demos and played several shows across Europa, they decided to quit in 1992. In January of 2007 the original members John and Rick kick-started the band again. New band members where found, rehearsals started and in 2010 the original singer Erwin Siereveld also joined the band. In 2017 they finally released their second album called ‘God of War’. Let’s find out how it sounds!

What can you expect from a band that’s around for more than 30 years, but just released one album? Well, a second album packed with heavy metal and hardrock, just like they played it 30 years ago! Jackal comes up with the same old school heavy metal vibe and sound, but much better produced comparing to their eighties recording(s) including a modern twist.

Most of the songs are up-tempo and filled with some nice guitar riffs, melodies and solos. I like it! The songs on the album are executed very well with nice compositions and tempo changes. No weak points? Basically two. The drums sound a little bit rusty and the vocals sound quite forced and labored. Not a real big issue, but it’s just a little bit harassing and disturbing when listening. It are mainly the guitars that are pushing this album to the limit. A good example of it is the title song ‘God Of War’. It starts almost with the same riff as the classic song ‘Aces High’ of Iron Maiden. The vocals are inferior to the guitars, who are pushing the song forward.

Altogether ‘God Of War’ is a nice old school metal album for those who wanna relive the eighties metal in a new modern way. My advise for a random Saturday night: invite some metalheads into your house, grab a bottle of beer and play ‘Gods Of War’ of Jackal. It will become a brilliant night!