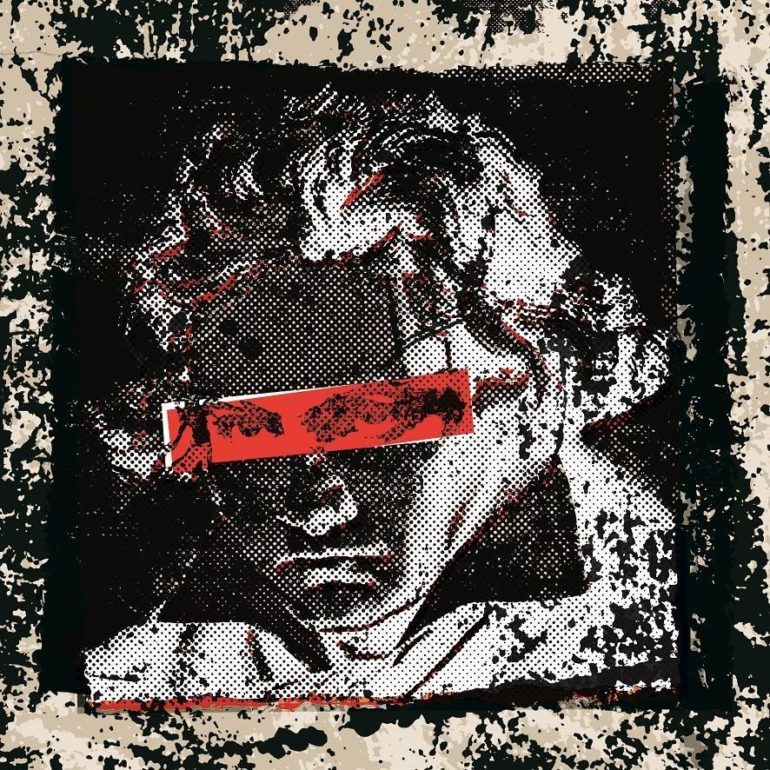 Death metal from Utrecht in your face! Iron Harvest is around since 2012 and these five Dutch guys released their first full length album called ‘Iron Harvest’ in March 2018. It took a while, so let’s check it out.

First of all, the cover of this self titled album is none other than Ludwig von Beethoven. Their main influence, which you might call weird, since this is an metal album. Weird is also what you would call it, hearing it for the first time. I thought it was chaotic and just a musical mess. Dissonant riffs throughout and drums and bass that just didn’t sound like it was well composed. But yes, when writing those reviews it means I have to listen to music multiple times before I write something. When listening to it more and more, I hear that this is actually organized chaos, which works for their compositions.

Expect a combination of fast paced death metal, thrash, tech and even some progressive stuff. The album might be a bit experimental for some, but it’s also humorous in some kind of way, because it sounds like the band doesn’t take themselves too seriously when you hear the hilarious and sick sound fragments. With this album they earned my respect, coming with an debut album that doesn’t comply with the metal standards. They managed to create their own sound which is quite new and experimental and takes us from the beaten path.