On March 1, 2018 the first full-length album of the Dutch melodic death metal band Purest Of Pain will be released. They are around since 2008 and with their upcoming album called ‘Solipsis’ they can finally show the world what Purest Of Pain is all about. The band was formed by guitar player Merel Bechtold (known for Delain, MaYaN and The Gentle Storm) and Anton talked with her about this new album, the band and the upcoming future.

Hello Merel. You finally found some time for Purest of Pain, as you are very busy with your other bands Delain and MaYaN?
Haha yes, I did kind of! The album recordings took way more time than I expected. But I am happy to tell that the album is finally done!

You founded Purest Of Pain in 2008 and in 2018 you finally release your first album. Why took it that long?
I started this band in 2008, we were 16/18 years old and we had no experience at all. So we just started doing this. Our first EP was a disaster, because we had no idea what we were doing. In the mean time we were playing a lot of shows in the Netherlands. For around seven years we played a lot of shows and this is how we managed to get the finances together to do this album. Usually bands write, record and release and then start touring, we did it the other way around. Another big factor is the lack of experience. We were really struggling about how to record this album and on top of that I was touring with Delain, The Gentle Storm/Anneke van Giersbergen, MaYaN and graduating. So, yep that really didn’t help as well.

In my opinion Purest Of Pain is a kind of side project. Or am I wrong?
Purest of Pain is my very first band. I don’t see it as a side project, but also I don’t see it as my main band. I actually don’t think I have a main band in general. Delain has of course priority because of many reasons. But Purest of Pain means the most to me. I don’t think there is a better feeling to share and play your own music with others.

I already listened to your upcoming album ‘Solipsis’. I am really surprised about the melodic and catchy death metal, served in a kind of accessible way. How would you described it yourself?
This album is not about being fast, technical or trying to be a brutal metal band. I think this album is more about groove, melody and vibes. I always say it sounds like Scandinavian metal with a modern sound. But funny that you say that it’s pretty easy to listen to. Actually one of my best friends is a true hipster and doesn’t like metal but she said “Merel! I listened to the new single ‘Terra Nil’ and I didn’t expect it, but I really do like it!”

Do you think you sound way different than other death metal bands? Or is that not important for you?
It’s not a goal to be different than other bands, but accidentally I think we do sound different. I think it’s pretty hard to place us in a particular genre or to say, “hey we sound like this band”. Individually other musicians and bands inspire us of course, but in the end we just play the music we like and that’s what we do.

The production of the album is of very high quality. What’s your secret? And how long took the whole process?
This process was pretty long and painful. I think mostly because we didn’t have enough experience and we had a budget to work with and didn’t know where to start. A well-produced album is very important to me personally, but we had to work with a relatively small budget so we had to be creative with it. So the few secrets for this album are: being creative with the budget, being a perfectionist and unfortunately a total pain in the arse for the others, ask your friends if you can use their best gear if you don’t own it yourself and working together with the right engineers. Collaborating with the guys of Manits Audio was a lot of fun and they really did some magic on the album. They understand the music, they are creative, give advice when needed and they give it the extra mile. They really did an excellent job on this album and I am sure that we are going to work together again in the future. Those guys are epic. Also Joey did an amazing job on the drums and I was really amazed by his performance in the studio. Frank did an amazing job on designing the artwork. Michael wrote a very cool song ‘E.M.D.R.‘ which you can find on the album. And then of course J.D. Kaye, who wrote really great lyrics and lines.

Have you allowed yourself to be influenced by other genres for the new album?
Of course you get influenced by the music you listen to. We didn’t have any specific sound in our minds. We just sound like Purest of Pain.

What can we, except a new album, expect more in 2018?
I don’t know what else you can expect to be honest. I don’t see a tour happening, because it’s really hard for a small band to tour if you don’t want to sell your kidneys.

And because I am speaking to you now: what can we expect from Delain in 2018?
Delain is going to write a new album this year. Also we are going to tour North-America and play at the Dutch festival Into The Grave in Leeuwarden. 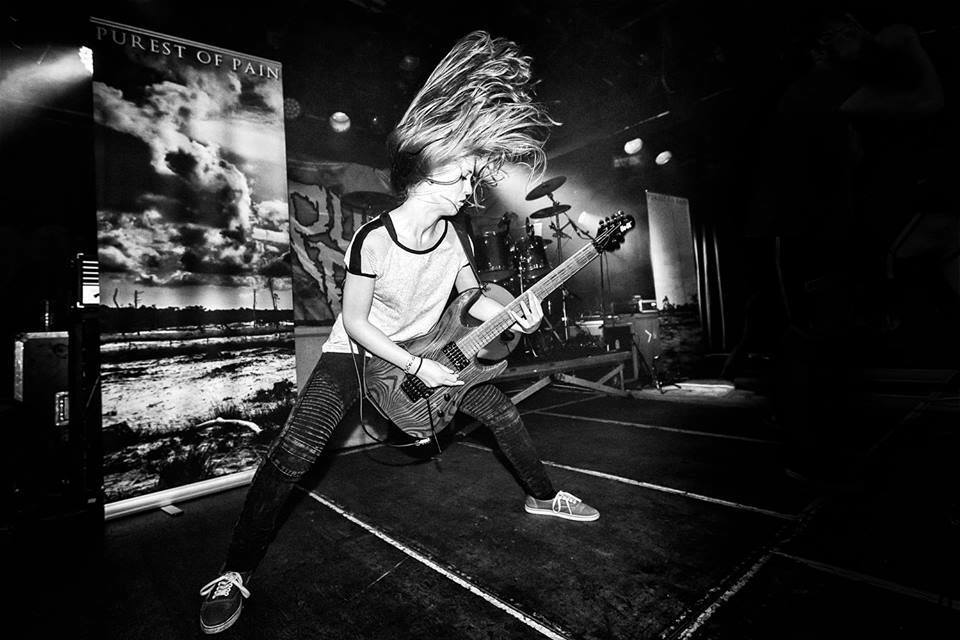 And are you busy with some other projects or (secret) missions?
Haha… Well, if I tell you what the other secret projects/missions are those are not secret anymore! But yes I’ve been on a musical journey the last couple of months. For a while I already knew that I wanted to start a new musical adventure after the Purest of Pain album. I wasn’t sure what kind of music it’s going to be. Actually very recently I discovered what I want to do and it’s going to be very different than anything that I have done so far. It really feels refreshing and inspiring, but I don’t want to say more about this.

And with Monster Energy, my personal endorser, we are going to publish a monthly video on my personal YouTube channel. In these videos I am going to do a play through or a lesson from the album ‘Solipsis’. I am also excited to announce that vanderMeij is going to build a new guitar for me as well. I am super excited about this! If you are a guitar player and you have a huge weakness for sexy guitars, you really should check out this custom guitar builder from Amsterdam! He is a true artist!

Also MaYaN is going to do a new album, but I won’t be a huge part of this. I will unfortunately only do the acoustic guitar on this album and focus on live playing only if I am not on tour with Delain. This was a personal question but I also would like to add J.D. Kaye started his black metal band Noctambulist and that Michael joined Vanaheim.

My last regular question as usual: what’s your advice to young starting metal bands?
The most important thing is to have fun and follow your heart. 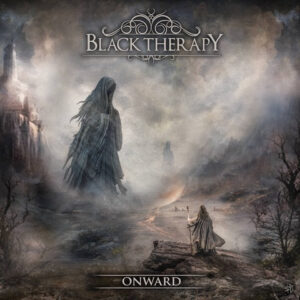