February 10, 2018 | AFAS Live, Amsterdam – The world’s primary American Celtic punk bands Dropkick Murphys and Flogging Molly joined forces. During this European Tour, they turn every venue into a large Irish pub, including an acoustic support act by ex-Sex Pistol Glen Matlock. The show in Amsterdam was sold out very quickly, so they added an extra show to their schedule on February 18th. It says a lot about their enormous popularity and the music they make for more then 20 years. Pictures: Paolo Rossi

Glen Matlock (UK)
When you say Glen Matlock, you say the Sex Pistols. He was the co-founder, co-author and bass player for the band from 1975 till 1977, before he was kicked out of the band and was replaced by icon and junk Sid Vicious. After his department he worked with Iggy Pop, The Damned and with his own band ‘Glen Matlock & The Philistines’. But what about tonight? The venue is half filled, because of a serious security check and it’s quite early in the evening when Glen hits the stage around 7:00 PM. Yes, Glen hits the stage on his own together with his acoustic guitar. He plays some songs from his solo period and from the Sex Pistols, Iggy Pop and Rich Kids. It’s relaxed as back ground music, while most visitors move themselves to the bar to get some beers. Nothing special, except the fact he’s a kind of living legend. 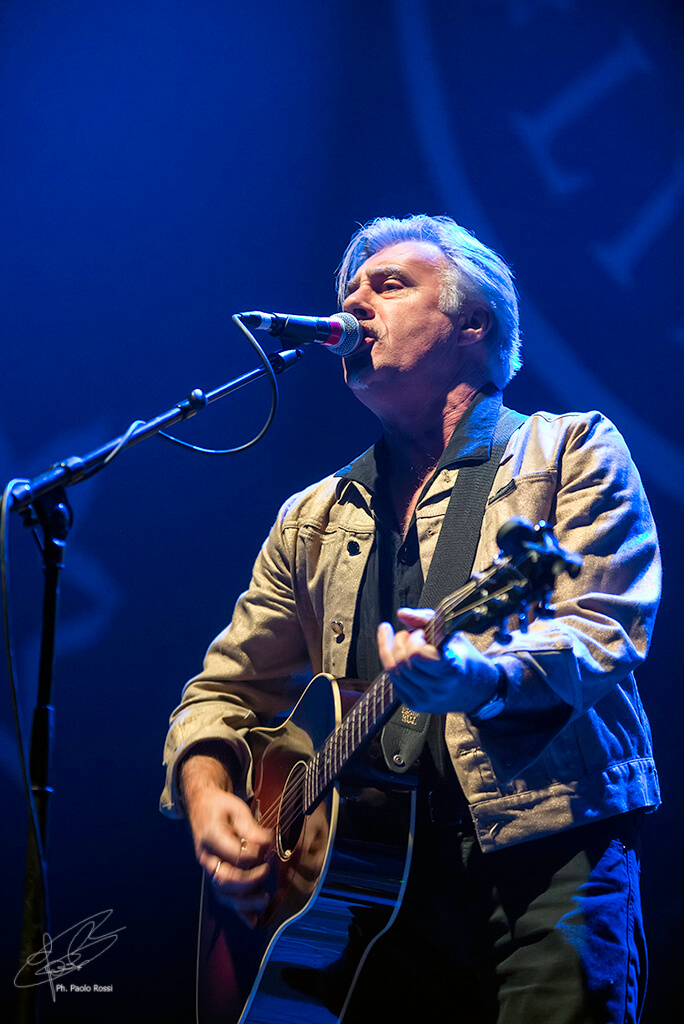 Floging Molly (USA)
The first band people are really waiting for is the Irish-American punk band Flogging Molly. The venue is now well filled when the seven-piece Celtic punkers kick off with their first song ‘The Hand of John L. Sullivan’. Beer is flying around, hands are clapping, people are dancing and everybody is singing along. What a vibe! Not only the crowd is having a good time, also the guys and girl on stage have fun and are joking around. Especially during ‘Drunken Lullabies’ the audience is going wild and in between songs lead singer Dave King is talking about ‘Proost’ and ‘Drink is all you can’. Most of the hits are played, including some songs of their latest album. It actually doesn’t matter what they play, every song is bulls-eye. Compliments for this great show! 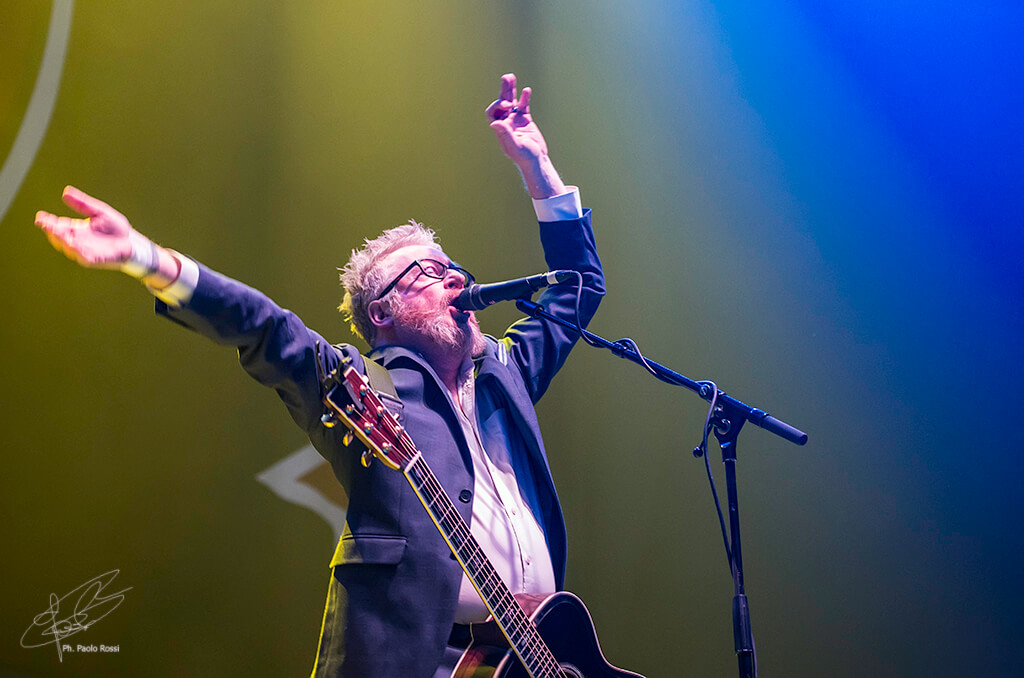 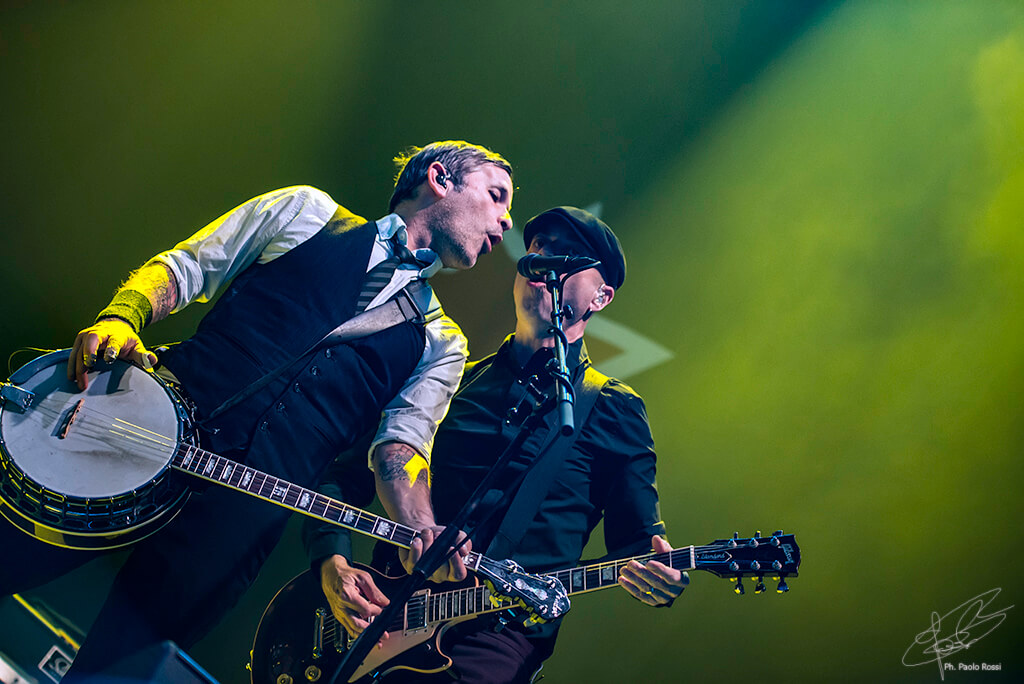 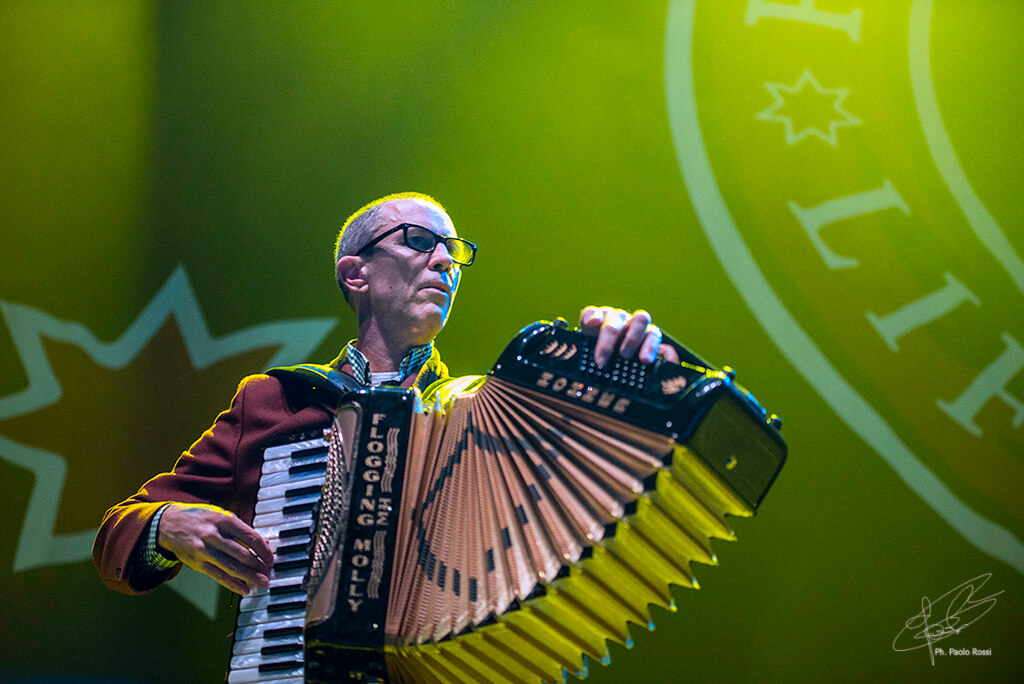 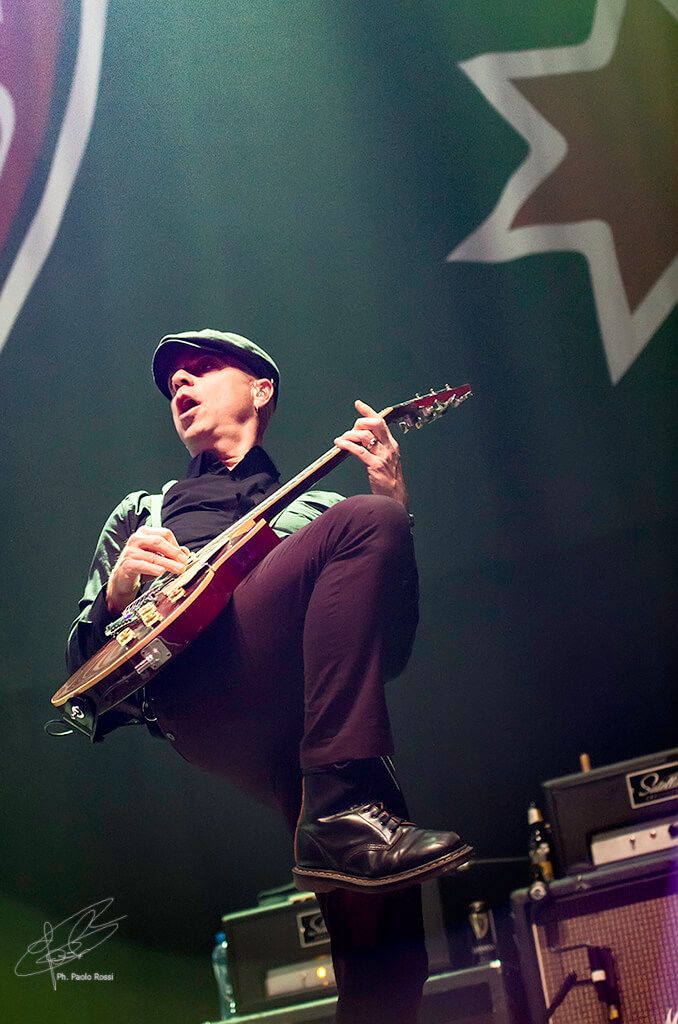 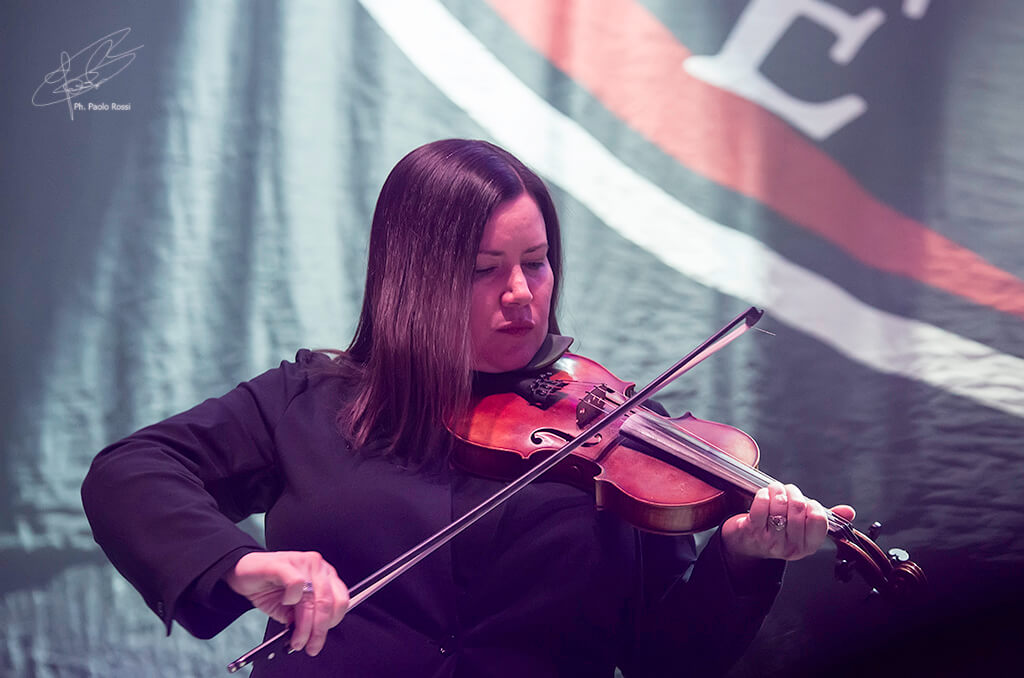 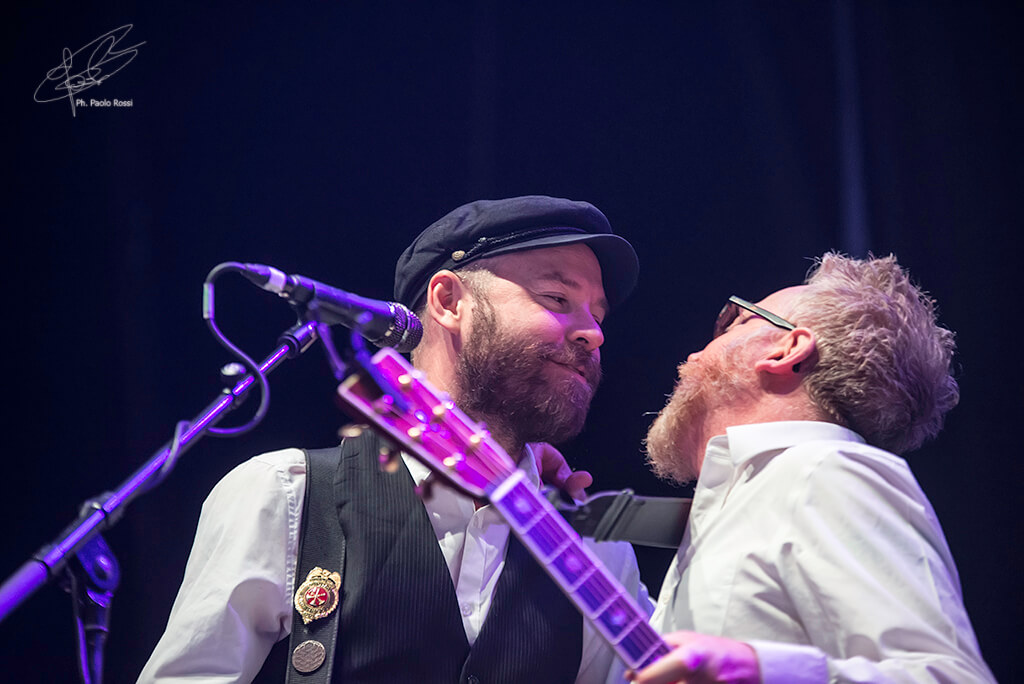 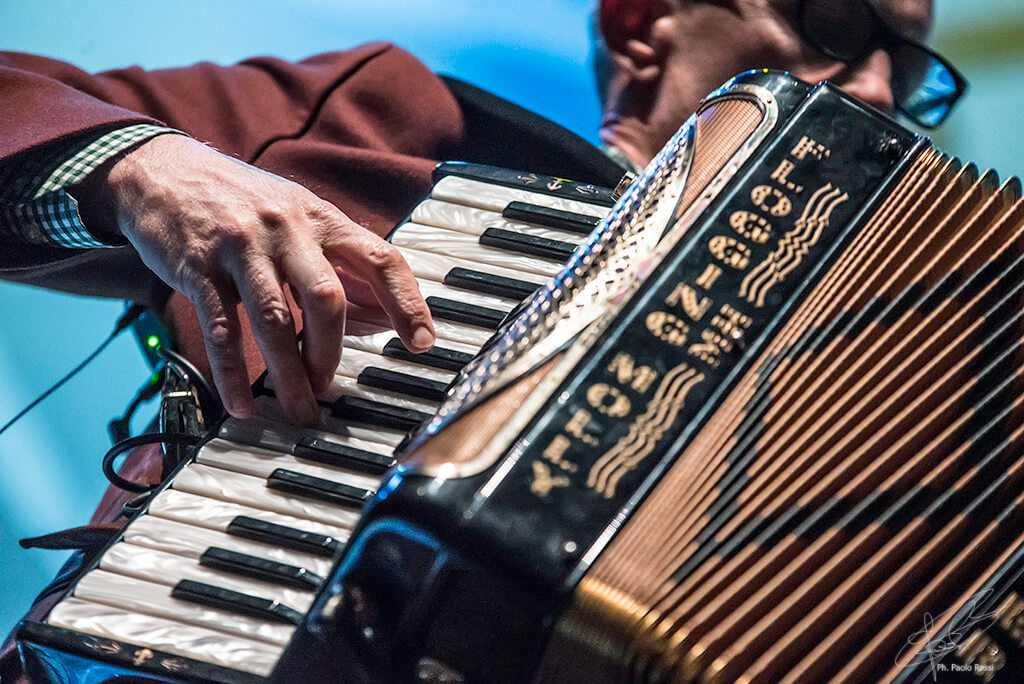 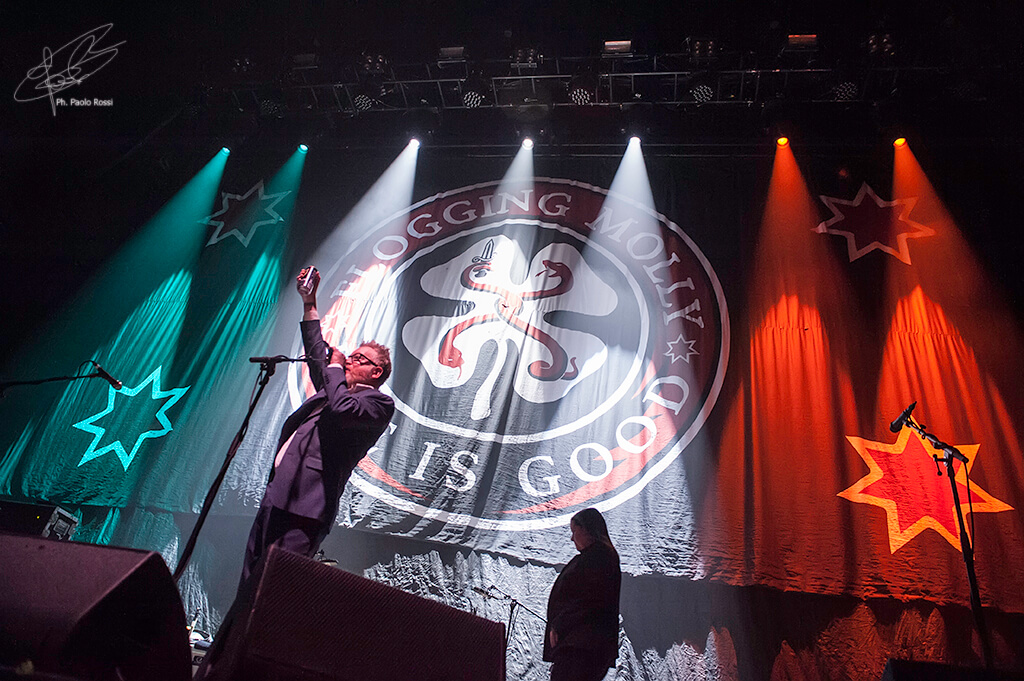 Dropkick Murphys (USA)
After an impressive show of Flogging Molly, it’s now up to Dropkick Murphys to prove themselves as the real headliner of tonight. Around 9:15 PM the lights go down and the song ‘If the Kids Are United’ starts to play. A large black curtain in hanging, but after the first tunes of the first song ‘The Lonesome Boatman’ the curtain drops down and the boys are back! A beautiful stage with a higher level in the back appears and the crowd starts to mosh and sing a long. The band start explosive and energetic with the first couple of songs. They play a nice mix of different song, taken from 9 different albums. Most of the songs are taken from their latest album “11 Short Stories of Pain & Glory”. One of the highlights for me this evening is the song ‘Rose Tattoo’. What a beauty! The audience is singing a long, what causes some goosebumps on my arms. After 22 songs the band ends in style with the last two songs ‘The Boys Are Back’ and ‘Until the Next Time’. They prove again that they are the kings of Irish punk music and a performance of Dropkick Murphys will never be boring at all. What a show and what a night! Let’s go Murphys, let’s go! 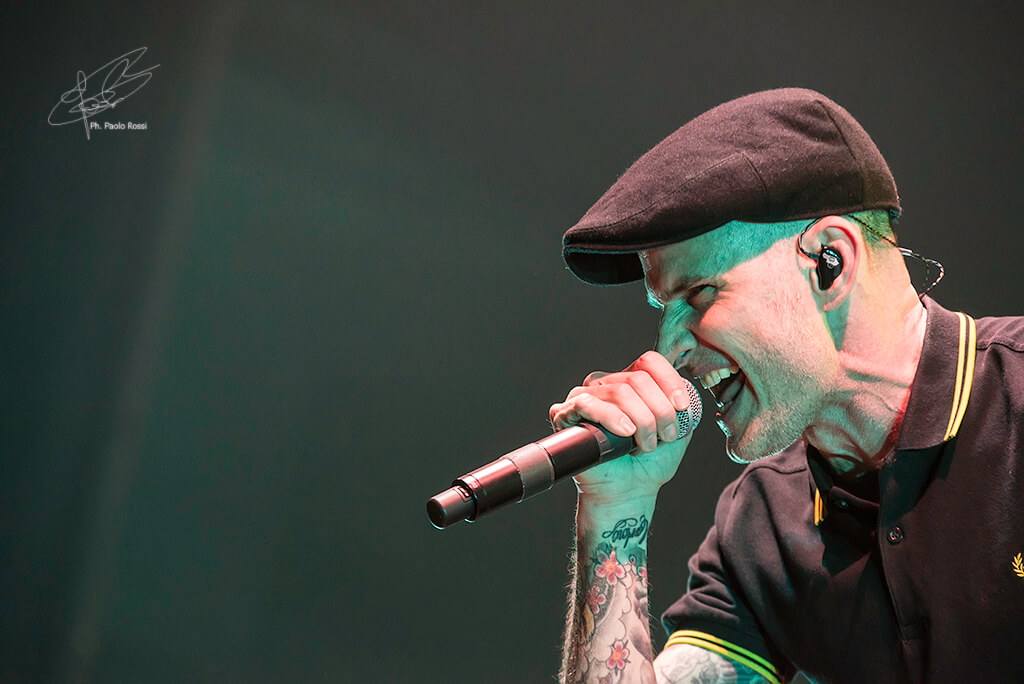 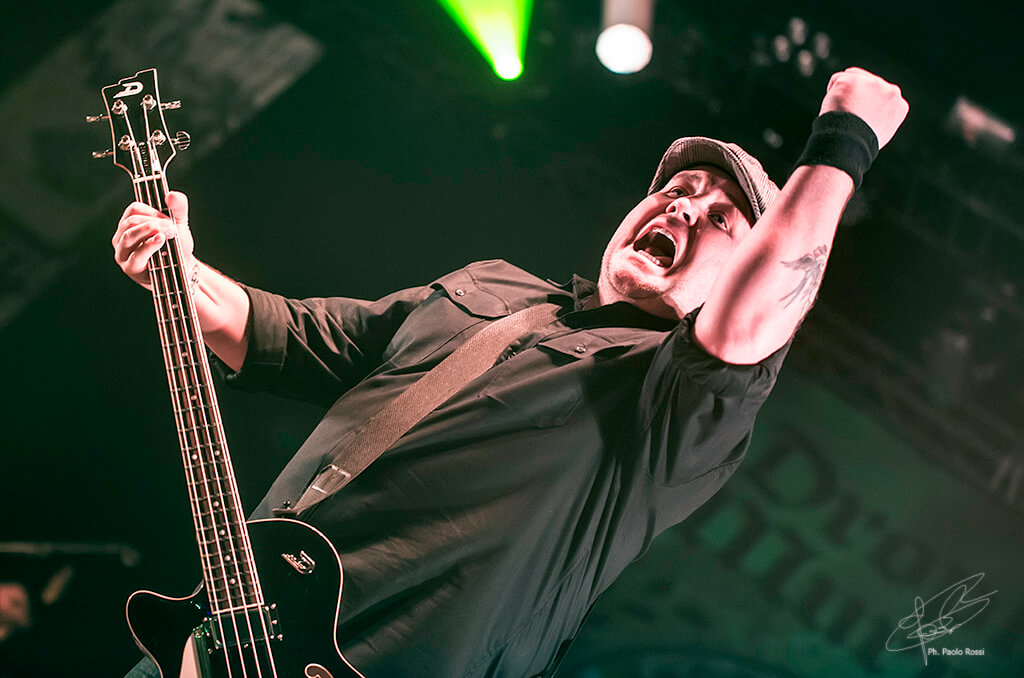 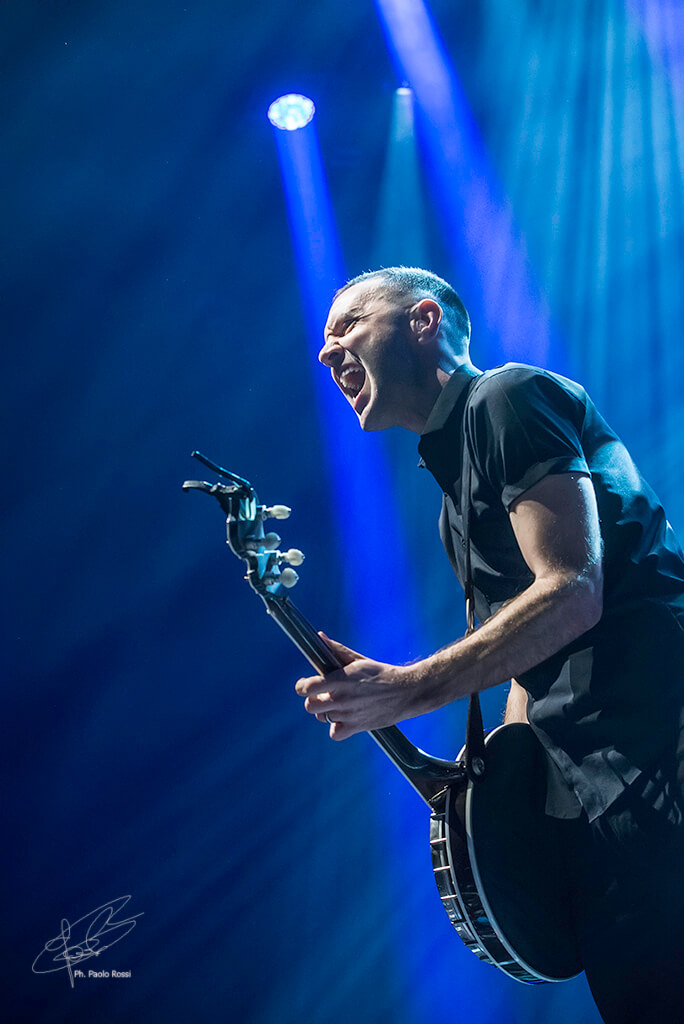 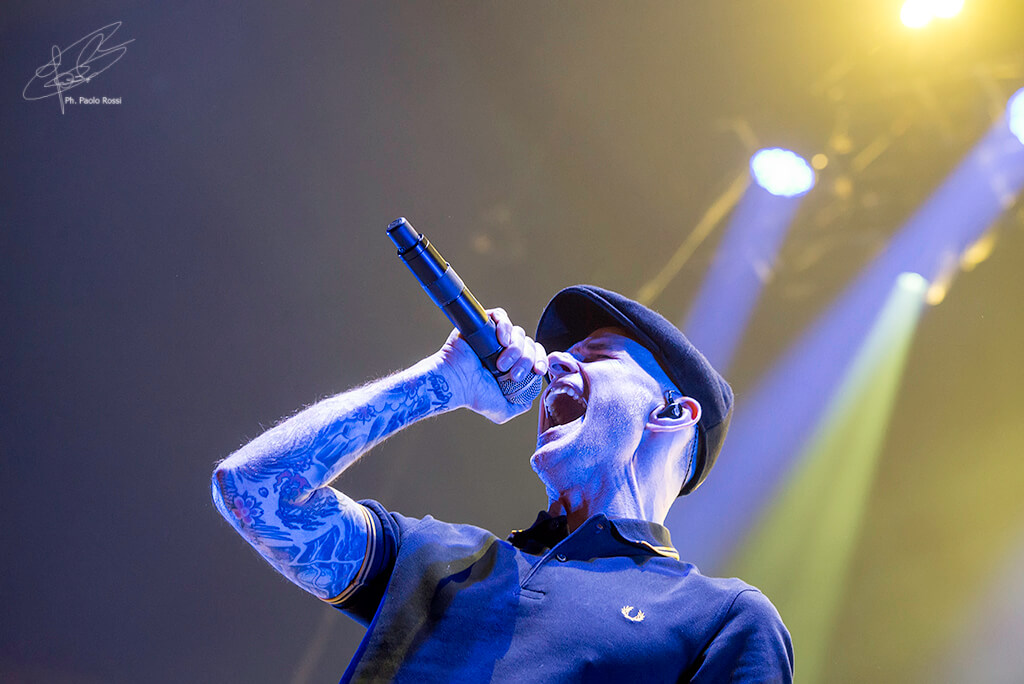 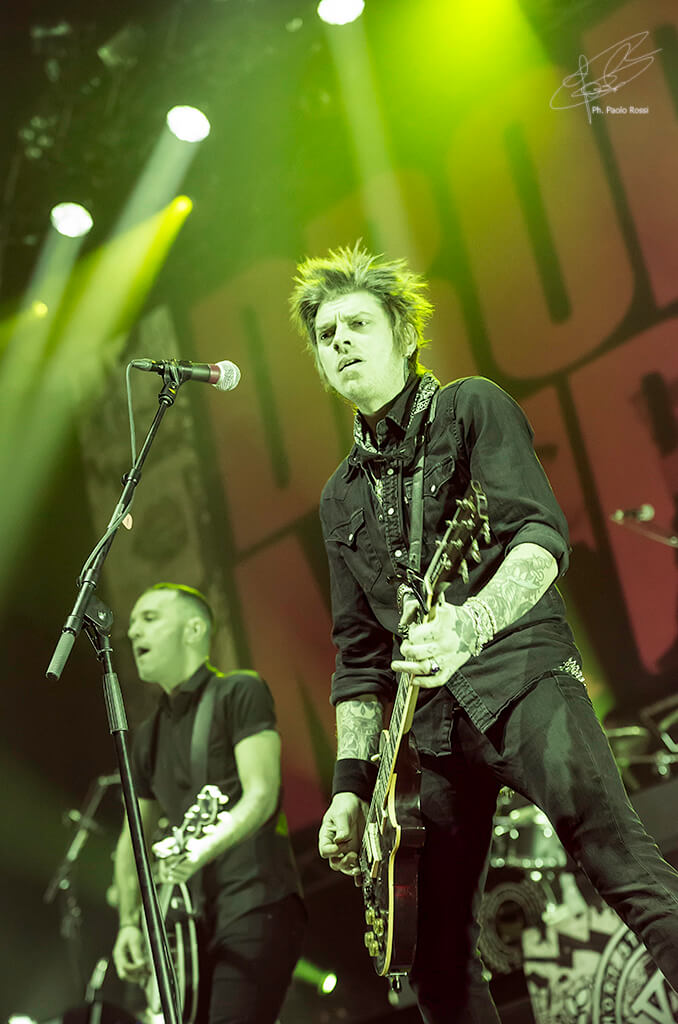 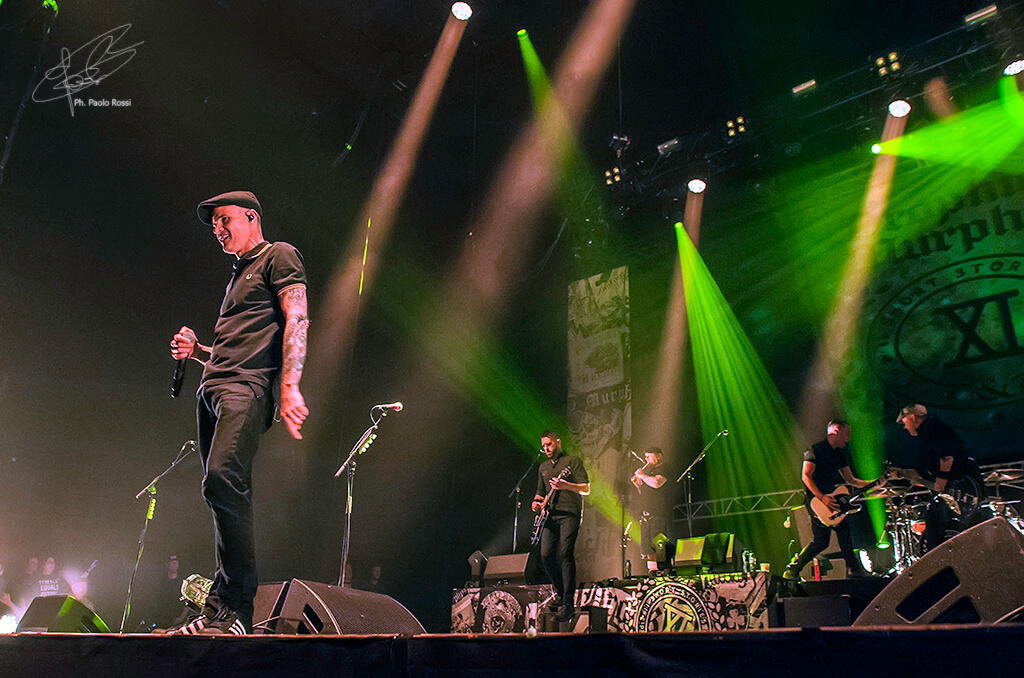 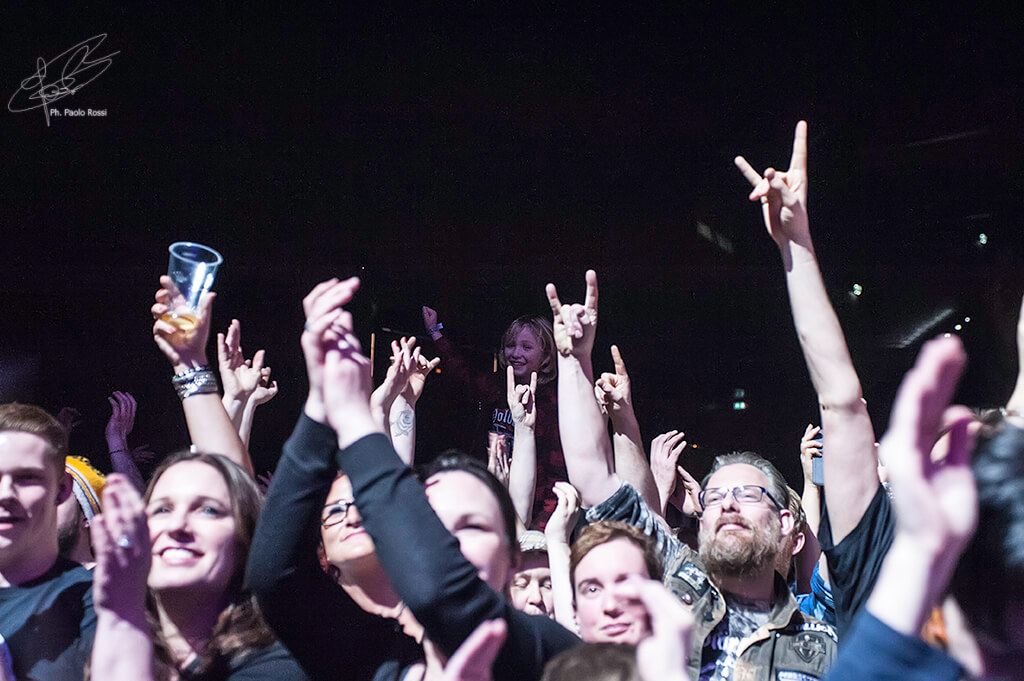