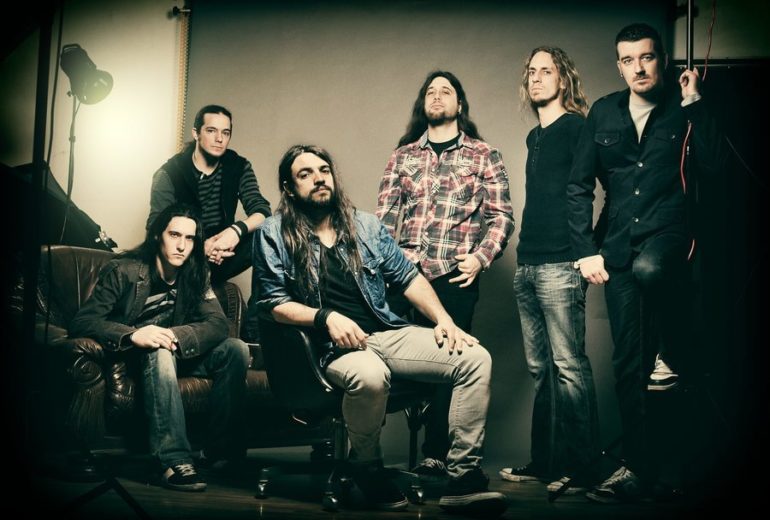 On May 17th the Dutch progressive metal band Textures announced to split up. Extremely pity after all the amazing things this band did for the fans and the Dutch metal scene. We talked with Stef Broks, the drummer and founder of Textures, about their split, the highlights and of course the future.

Tell me Stef. Why? What was the main reason to stop with Textures?
Over the years it became harder and harder to gather the sixpiece as we are. Besides being a musician everybody has new roles in his life. It’s kinda hard to maintain a professional level without the time to be a 24/7 professional musician. And we’ve always said to ourselves that if we end up as fraction of what we used to be, we quit. We don’t wanna end up in oblivion. Like they say “Textures, huh, are they still around?”.

How did you feel about it?
Well, it took some time to realize in what situation we actually were. But since the realization finally settled in, a sort of peaceful vibe came over me. It’s a marvelous trip that we had the past 17 years. All dreams – and waaaay beyond – have been realized. From the moment I met Bart (guitarist) when I was 13 years I knew something like this was possible, but it became all true when Jochems (previous guitarist) came in and rolled out the plans for Textures to be.

What was your highlight with Textures?
That might be the most regular thing in the world: making music with your friends and touring across the planet with them. It’s that story you dream of when you’re young. At least in my case. Creating state of the art music with new angles in a new scene was always what we aimed for.

Are you going to miss touring around the world?
Yes and no. I will miss the touring as a break from normal life. It gave us such a wide open view. From inhabitants of a peaceful village in the south of Holland we became metropolitan of a planet, with so much variety it takes 20 lifetimes to decrease the smallest naivety.

What are your plans for the near future?
I really enjoy my time as an entreponeur with my music school in central Utrecht in Holland nowadays. It’s something I never dreamed of before Textures: having my own company. But since Textures is basically a company as well, I really enjoyed investing time and money in a project that grows over the years. I’m a passionate guy and don’t wanne waste it with inferior things.

And for let’s say about 5 years?
Raising and expanding my music school company and raising my kids. Maybe I get a phone-call for being a drummer elsewhere. I won’t hesitate to pick up the phone. Besides that I wanna write my own music in a different style. Just for the sake of exposing what’s in my head. My musical taste has always been dark and progressive, nut certainly not always metal 24/7.

Is there something special you would like to achieve in the music industry?
No. After being in the music business for nearly 20 years I feel grateful that all my dreams have become true. But most of these dreams are passe now. It’s time to carry on and fulfill new plans and ideas. The first day I have the slightest feeling of doing nothing progressive or worthy for myself and other people is probably the first day of a depression, haha. Never had one before I have to admit.

Are you not afraid to fail, because you have to start over again?
Not at all, I gained some much confidence and feeling for relativation, that it will be hard to put me in a negative vibe. And I really believe you can push your luck by working hard and giving positive energy (and having a good sleep :). I can enjoy the small things in live the most. Sun, small conversations, lovely people. That stuff. That’s the very core of my life. Being on a stage doesn’t come close to that, although the inspiration you’re passing on to other people is a mighty instrument to gain positive energy between other people (and yourselves).

Together with Phenotype, you also recorded the album Genotype. Will it (ever) be released?
Not that we think of this moment. The work just cannot be done and finished in this period of our lives.

Do you already think of a reunion tour somewhere in 2022?
When we are old and worn out?! I’m curious if I still can keep up with my freaky rhythms and 225 bpm blastbeats by then haha!

Last question. Your last show is on December 2nd, 2017 at 013. Can we expect something very special?
We’re trying to get all the ex-Texturesmembers and businesspeople over to join us. Nothing has confirmed yet, but our goal is make it an intimate party, but as big as we can. Most fans became friends over the years. Especially in Holland. So it will be more like a family reunion !

Thanks for the interview, the great music and inspiration! Wanna catch them live?