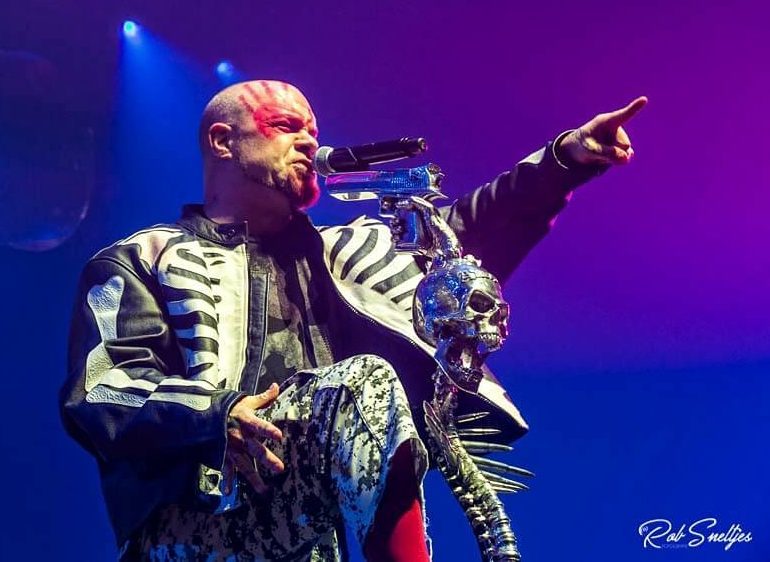 December 15, 2017 | AFAS Live, Amsterdam – A delicious metal night with Five Finger Death Punch, In Flames and Of Mice & Men in Amsterdam. For those who love melodic (death)metal, this was a must see. Five Finger Death Punch released their 12th album ‘Battles’ last year and is still on the road promoting it. The band is well known because of their energetic and solid live performances. Let’s find out if and how they destroy AFAS Live. Pictures: Rob Sneltjes

Of Mice & Men (USA)
The first band of the evening is the American metalcore/post-hardcore band Of Mice & Men. Right from the start they kick ass! The raw metalcore and energetic stage presence caught up with the crowd as soon as they started playing. The crowd, about half the venue, was very excited and even started some small moshpits. A great band to start the night with and to warm up the crowd. 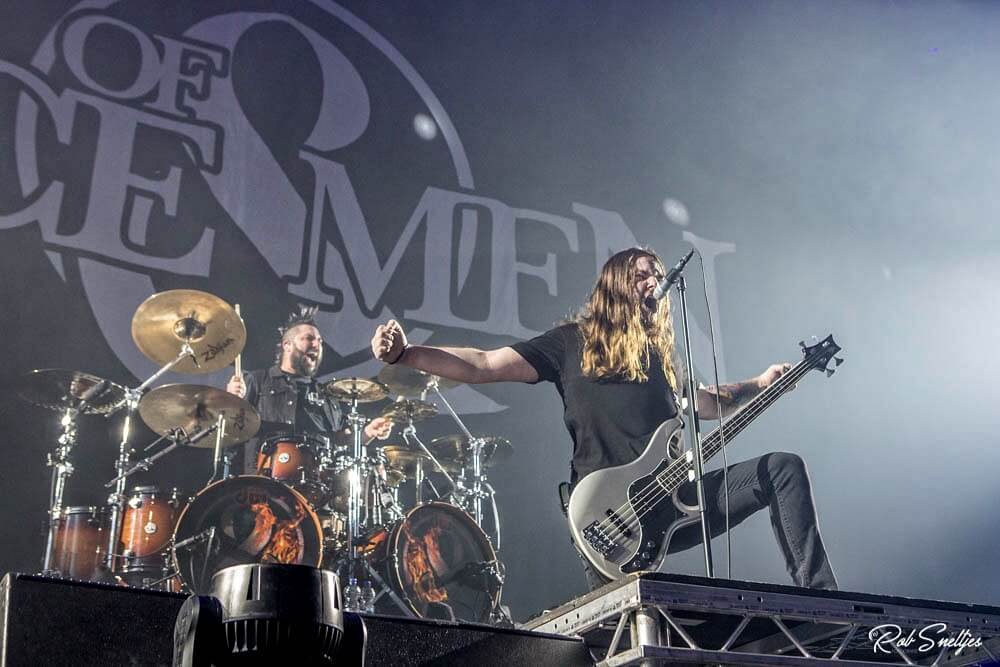 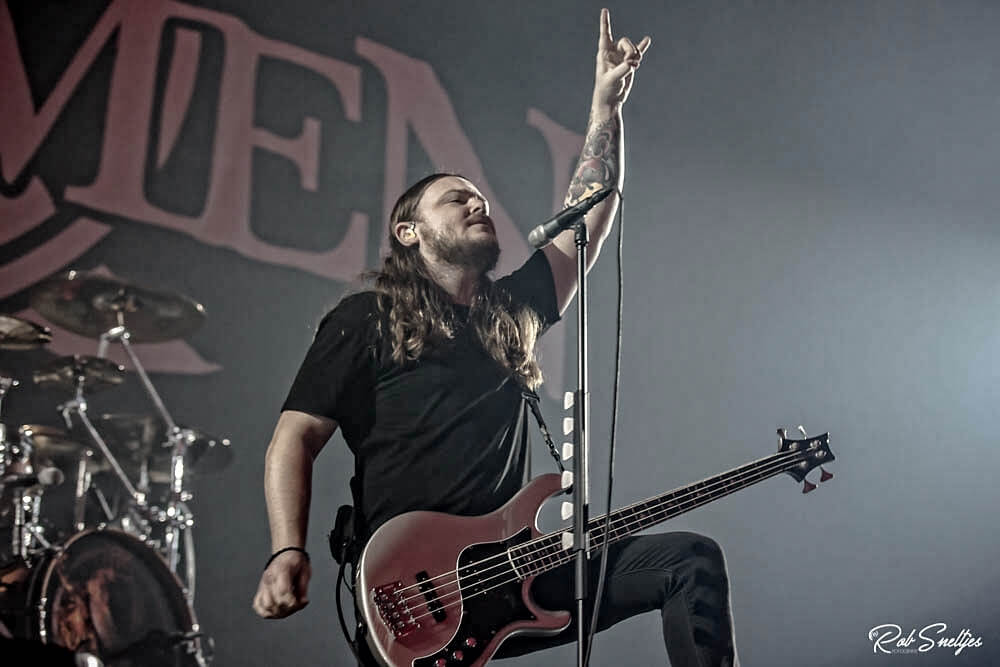 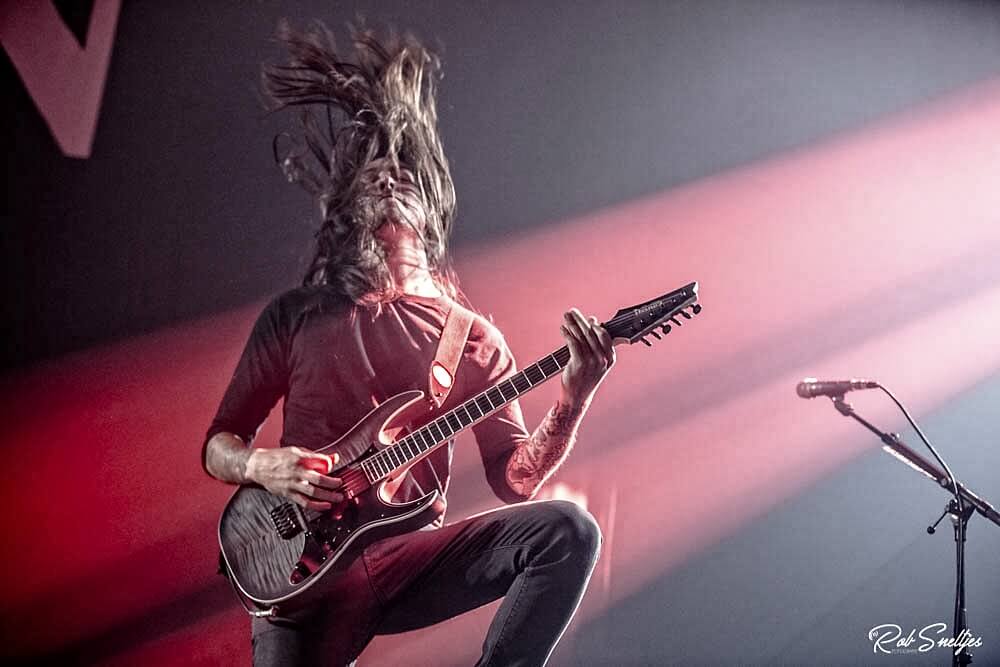 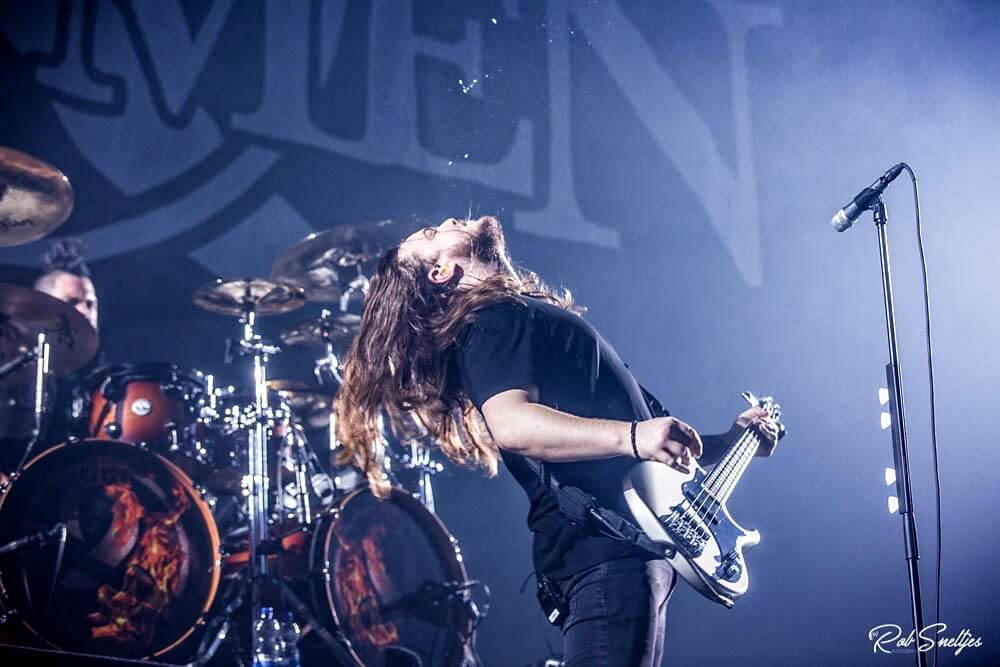 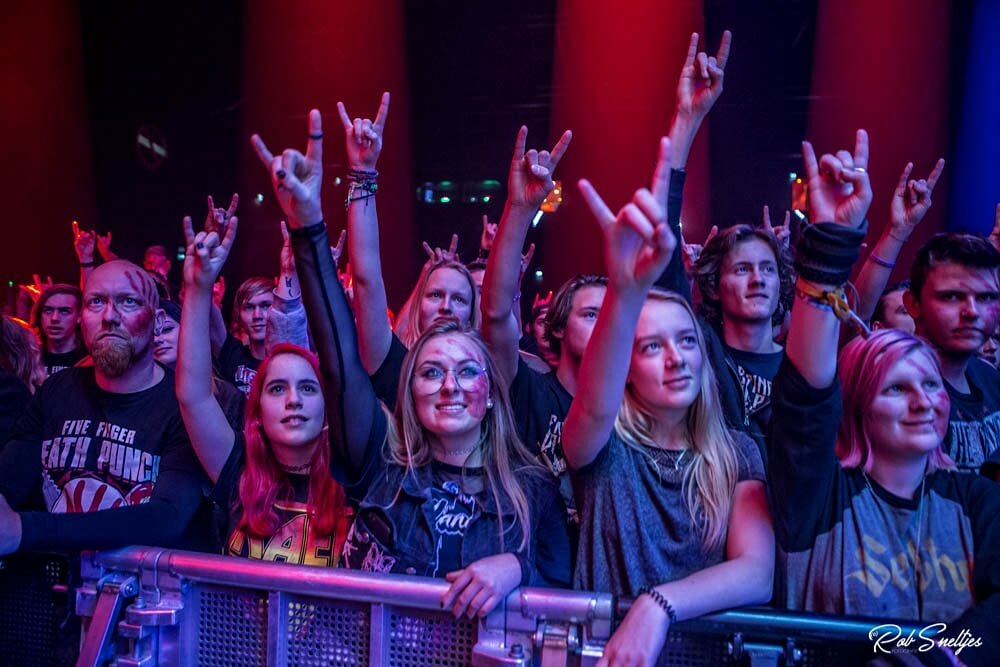 In Flames (SWE)
The Swedish melodic death metal band In Flames started slow and easy, building up to their faster and louder songs. At first the crowd, grown to a full venue, didn’t look very enthusiastic. The band managed to hype up the crowd by after a while, using their great guitar riffs, guitar solos and drums. In Flames is just a top quality band with a tough sound. The performance was complimented by a well done visual show and all together a pleasure to watch and listen to. Another great show by an outstanding band. 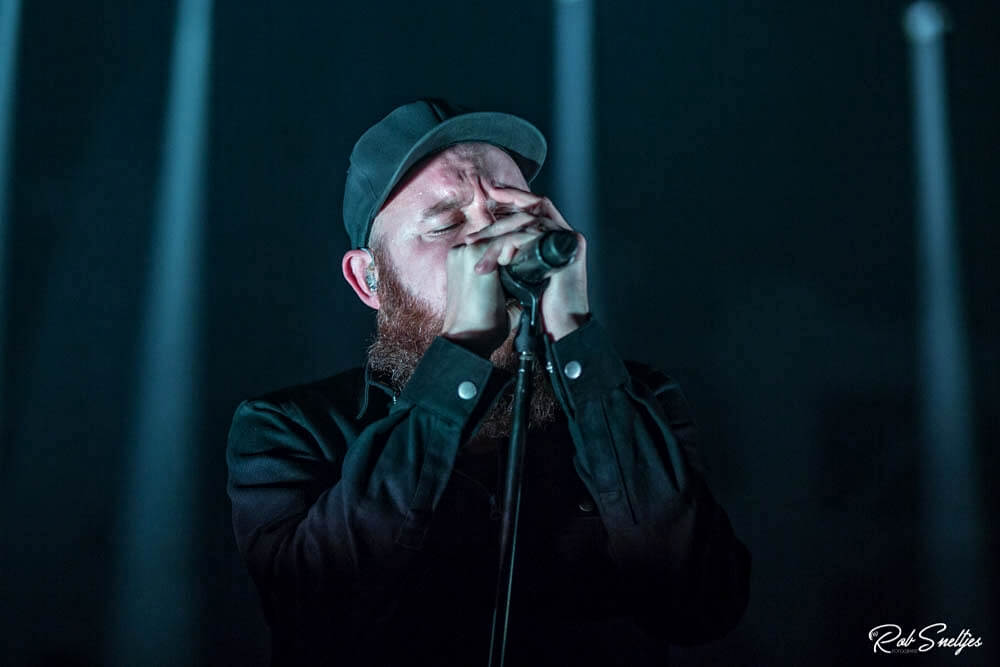 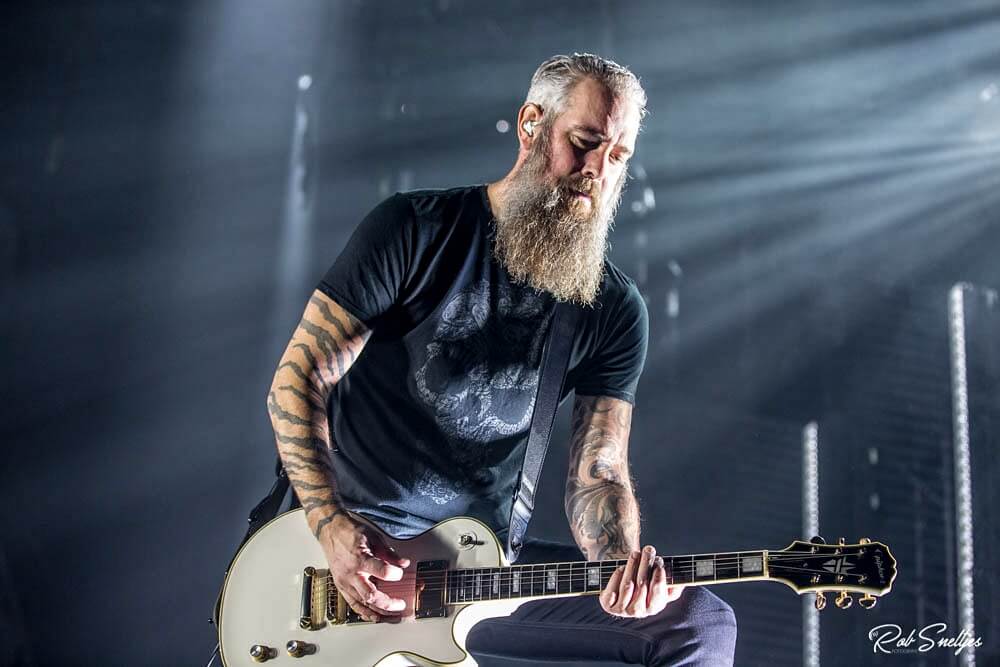 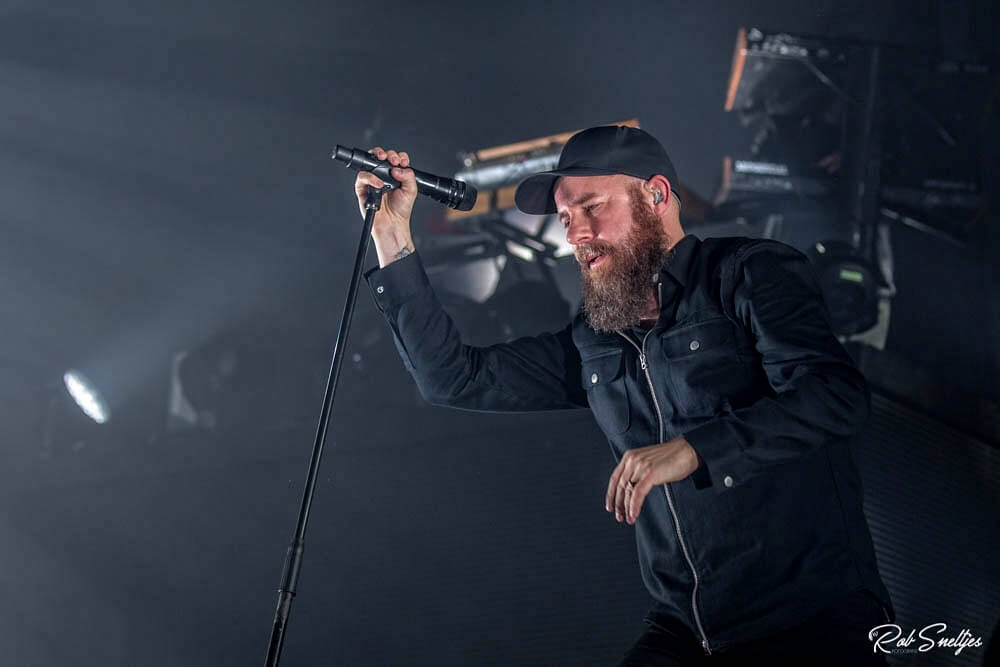 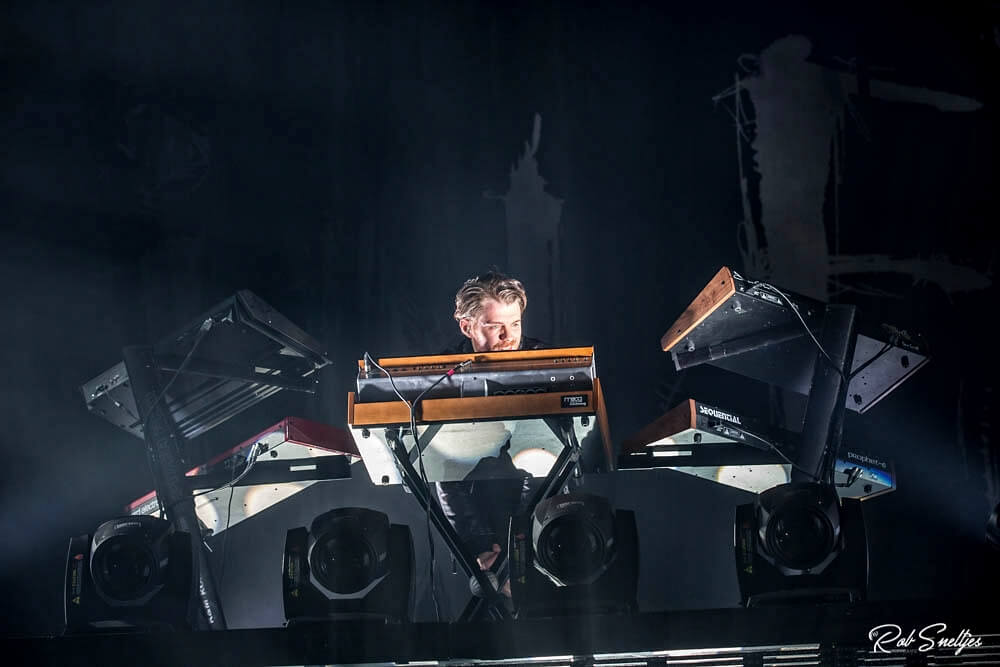 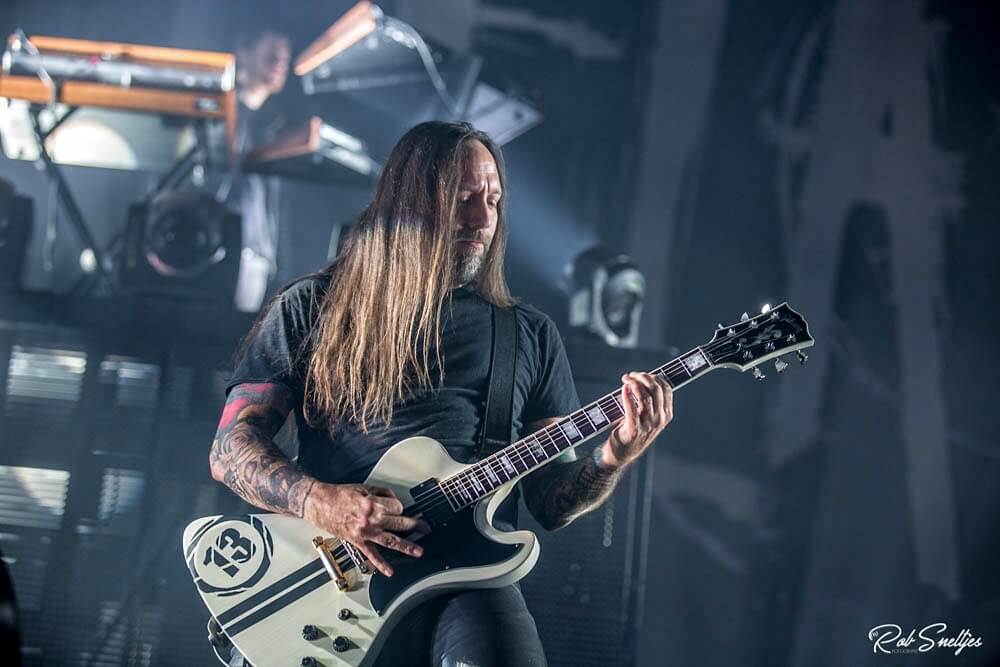 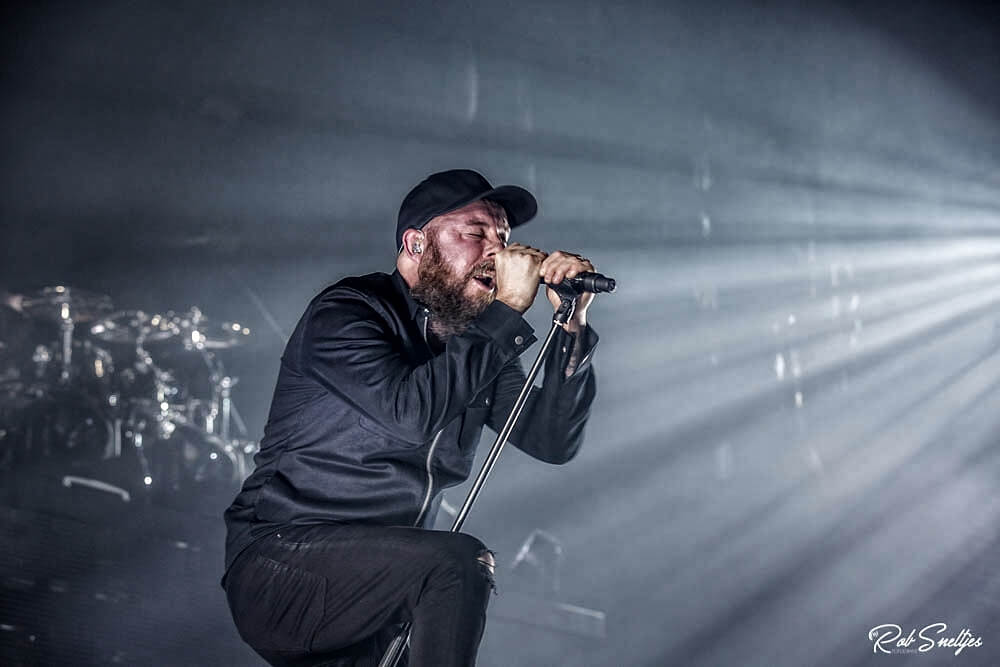 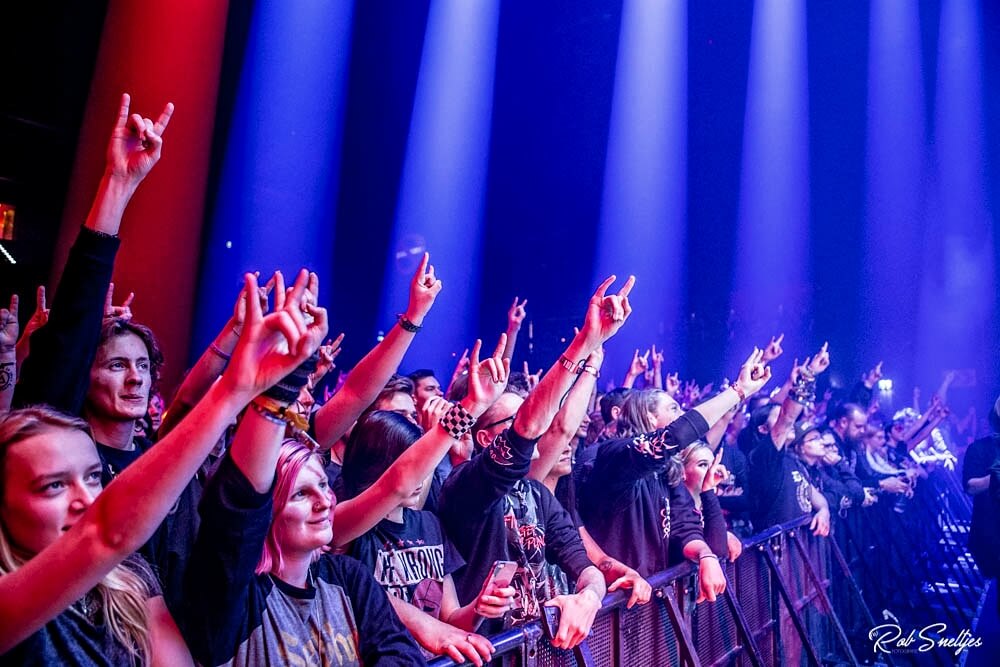 Five Finger Death Punch (USA)
The American metal band Five Finger Death Punch is around since 2005, but is gaining more popularity the last few years. The crowd, warmed up by the other bands, enjoyed the show and started a moshpit right away. The energy the band gives while on stage, is phenomenal. Every song played feels like another kick in the teeth. The sound is heavy, pounding and groovy. Especially the raw and powerful vocals of frontman Ivan Moody blend in perfect with the rest of the band. Along with a strong performance came a powerful arrangement of songs, a mix between older and newer. Once again they proved why they belong among the best. 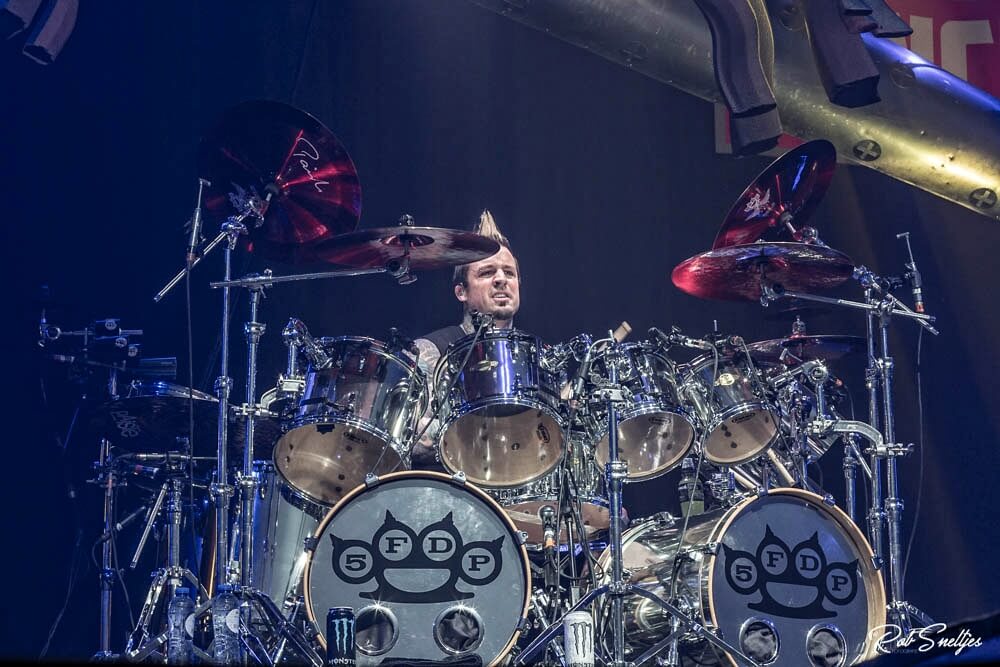 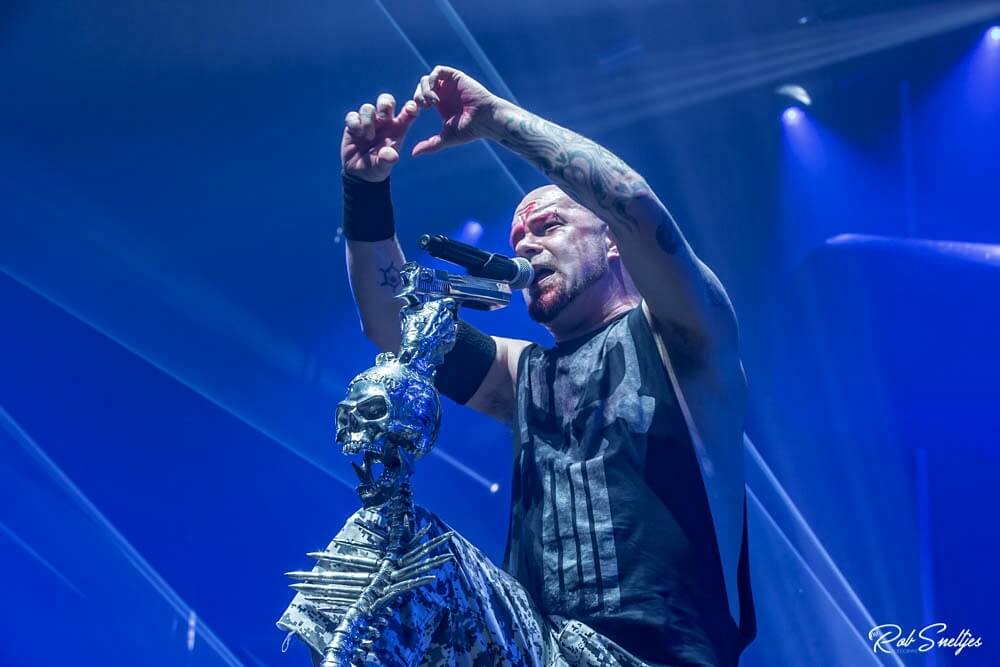 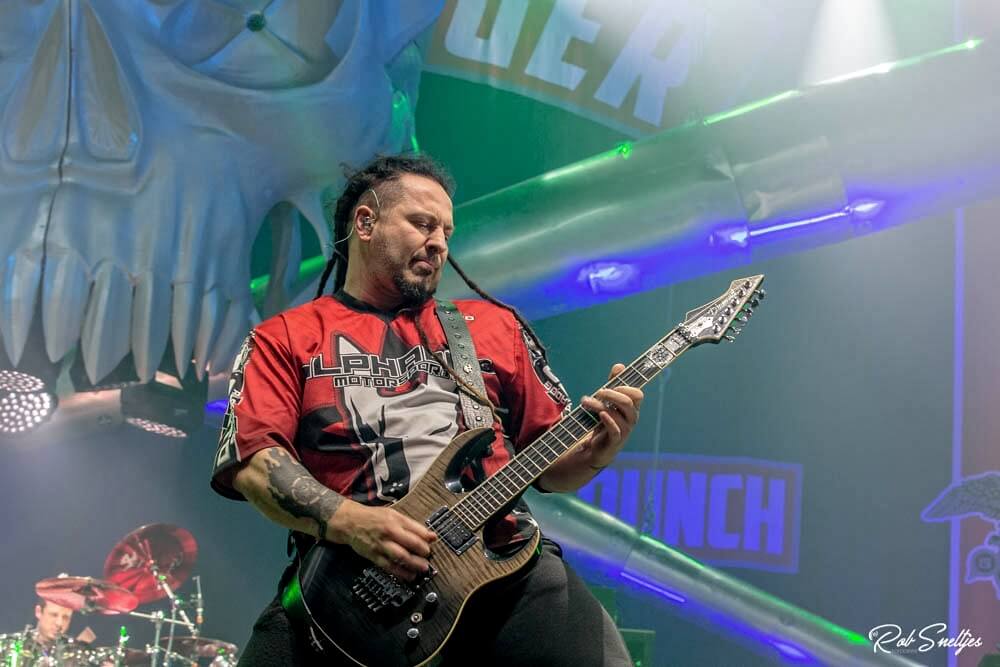 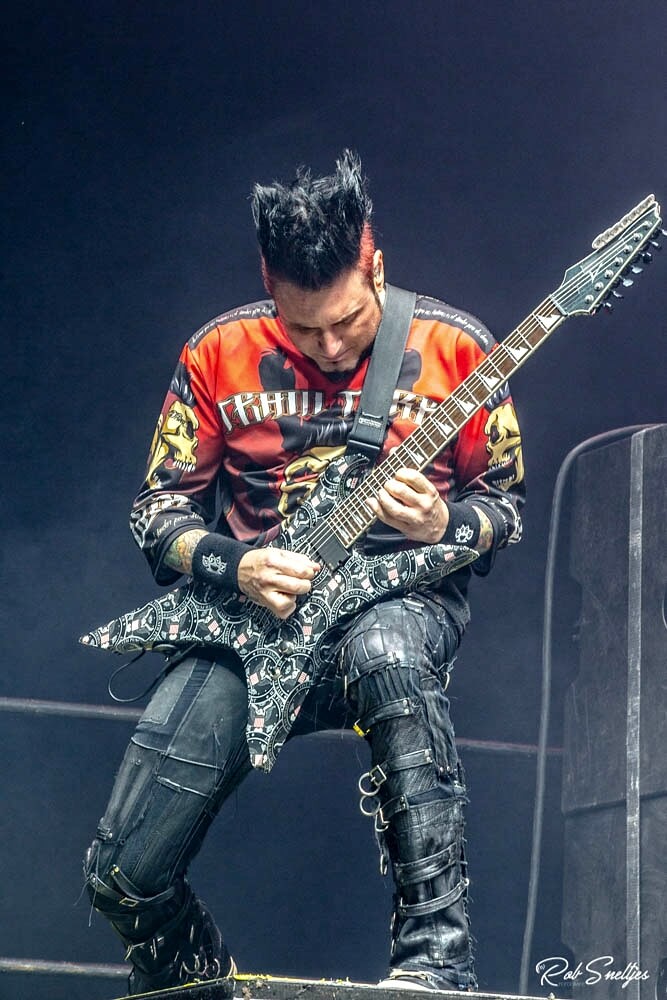 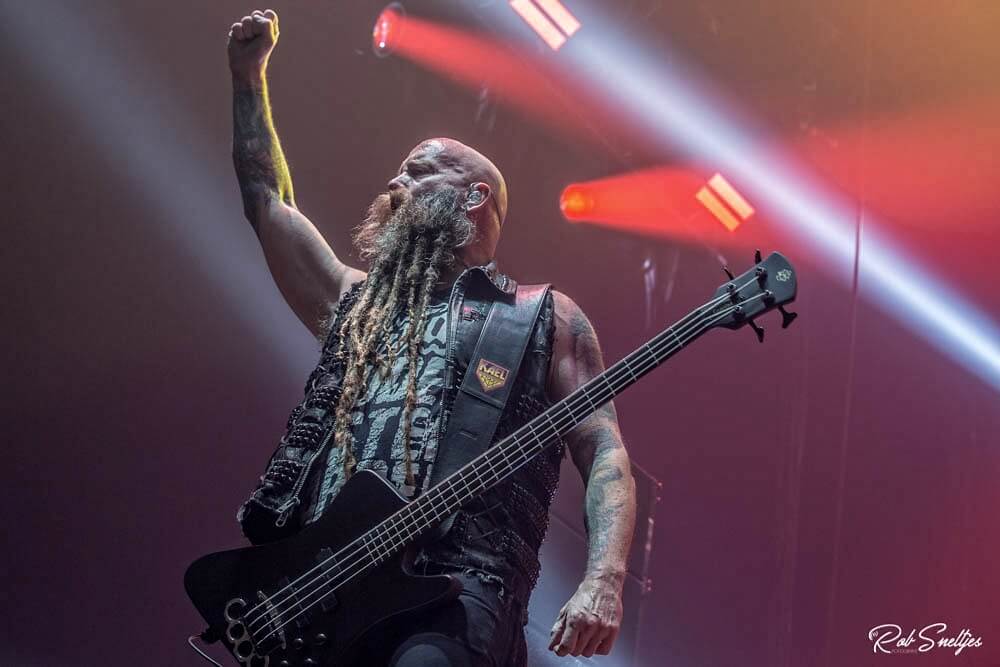 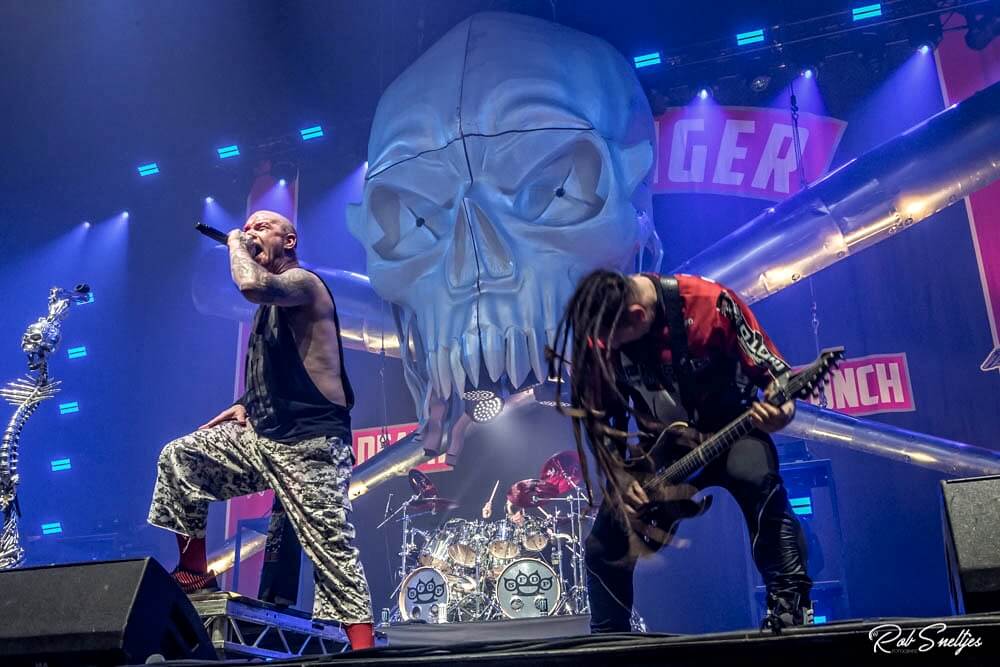 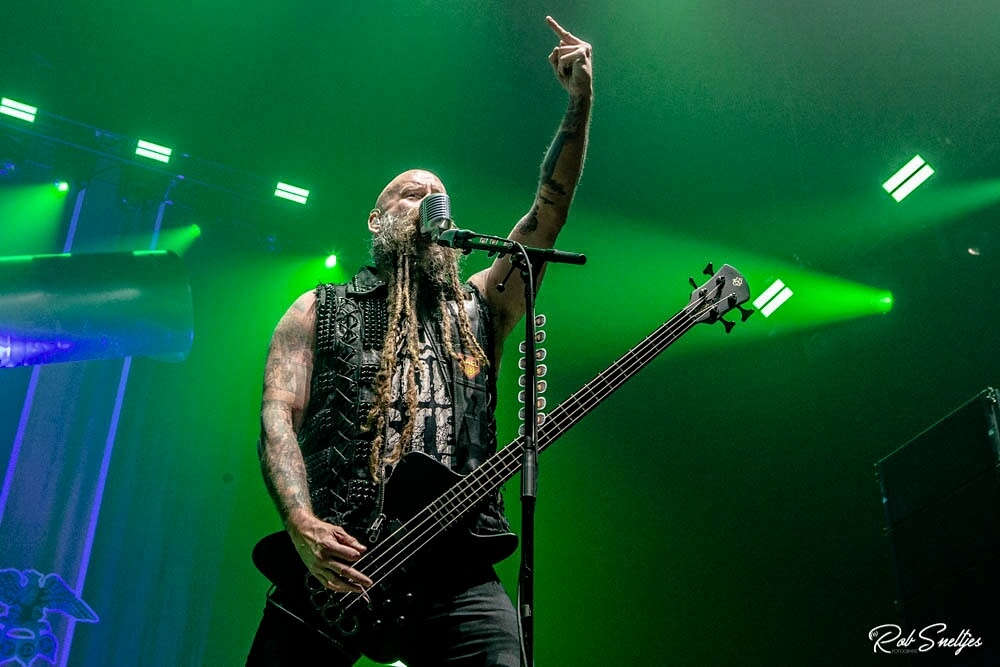 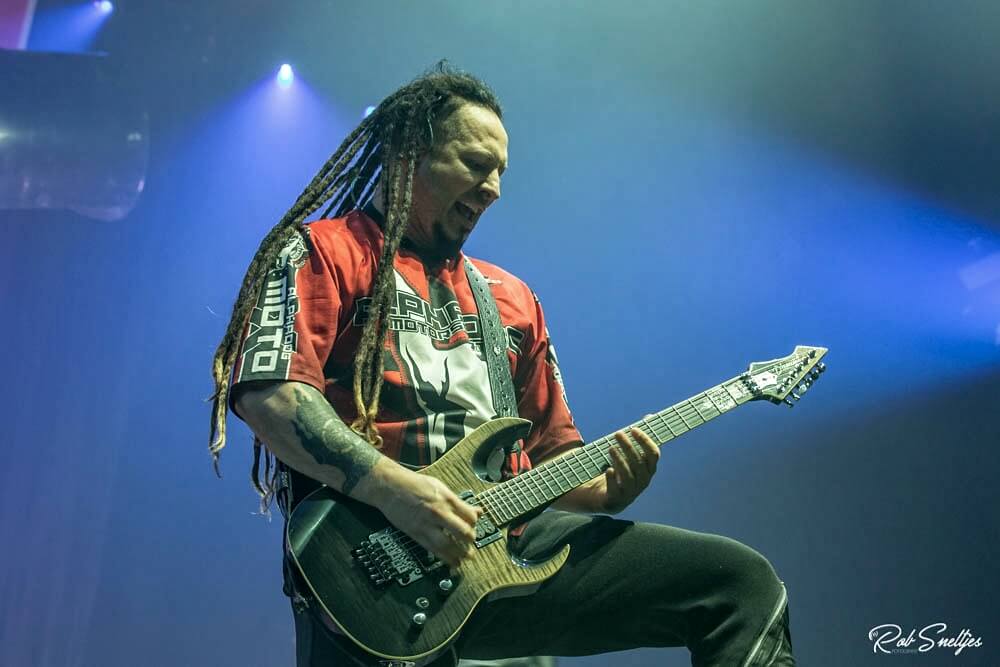 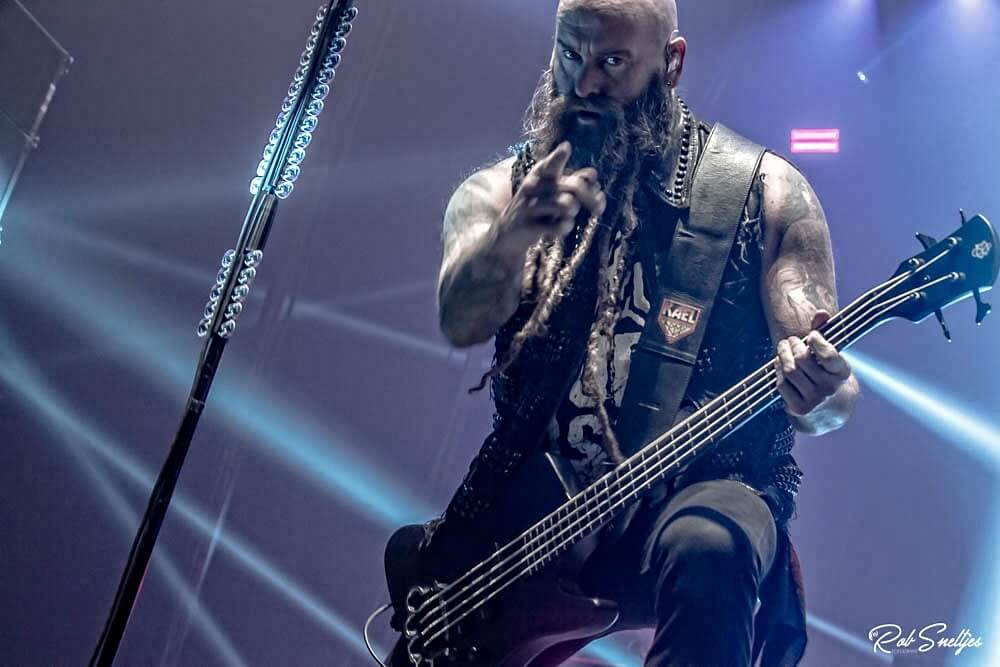 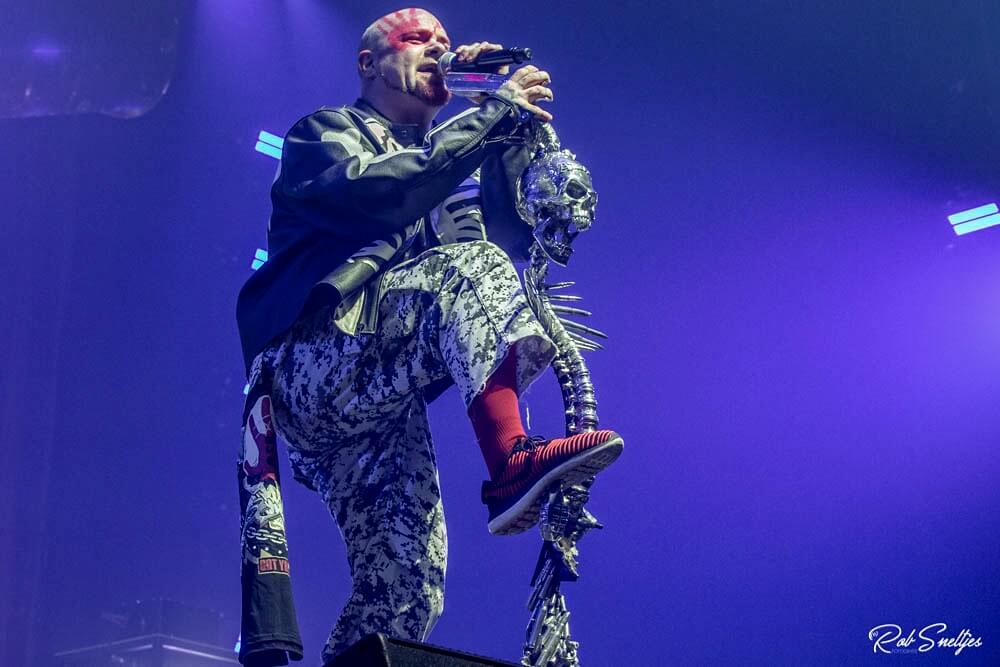 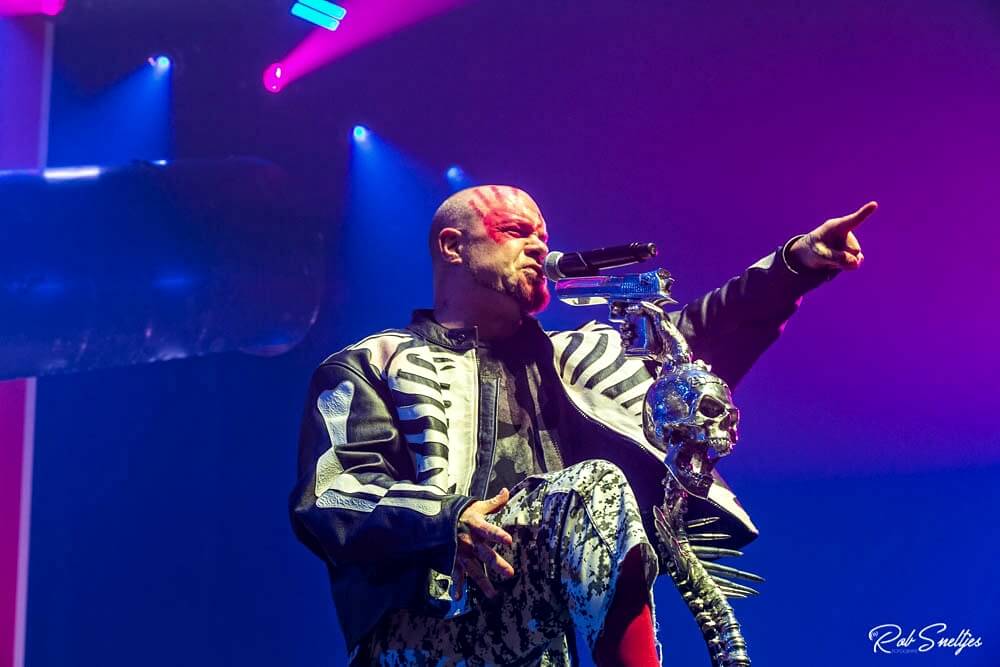