On Wahlpurgisnacht, the 30th of April, Dwaellicht, the solo project of Jeff Moss, Singer/guitarist of the Deathmetal Band Moss upon the Skul, released the EP called Te Vuur En Te Zwaard. Well, not a complete solo project, but he joined forces with drummer Jense, also from the previous named band.

Together, they released an EP which can best be defined as a Funeral Doom Ep with some melodic influences.

Inspired by the likes of the old Anathema, My Dying Bride and Empyrium amongst others, these guys give you an Echo of centuries past, a reminiscent of the olden days of splendor, superstition and hardship.

Containing dark riffs, deep bass, 3 tracks takes you back to the Middle-ages and in remembrance of days past. Except of the track called De Dans der Vlammen, which is an instrumental track which removes all the hardship of the first 2 tracks. But it also makes the 4th track come in even harder.

On the 5th of May, you might be able to order a purple tape. Limited to only 50 copys, through Back to the Grave tapes. It has a four pages inlet, containing the lyrics, which are in old dutch. But they also release a digital release on CD, which can be ordered through Cavernous Records

Back From The Graves Tapes Bandcamp: https://backfromthegravetapes.bandcamp.com/ 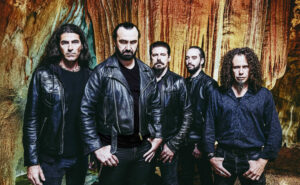