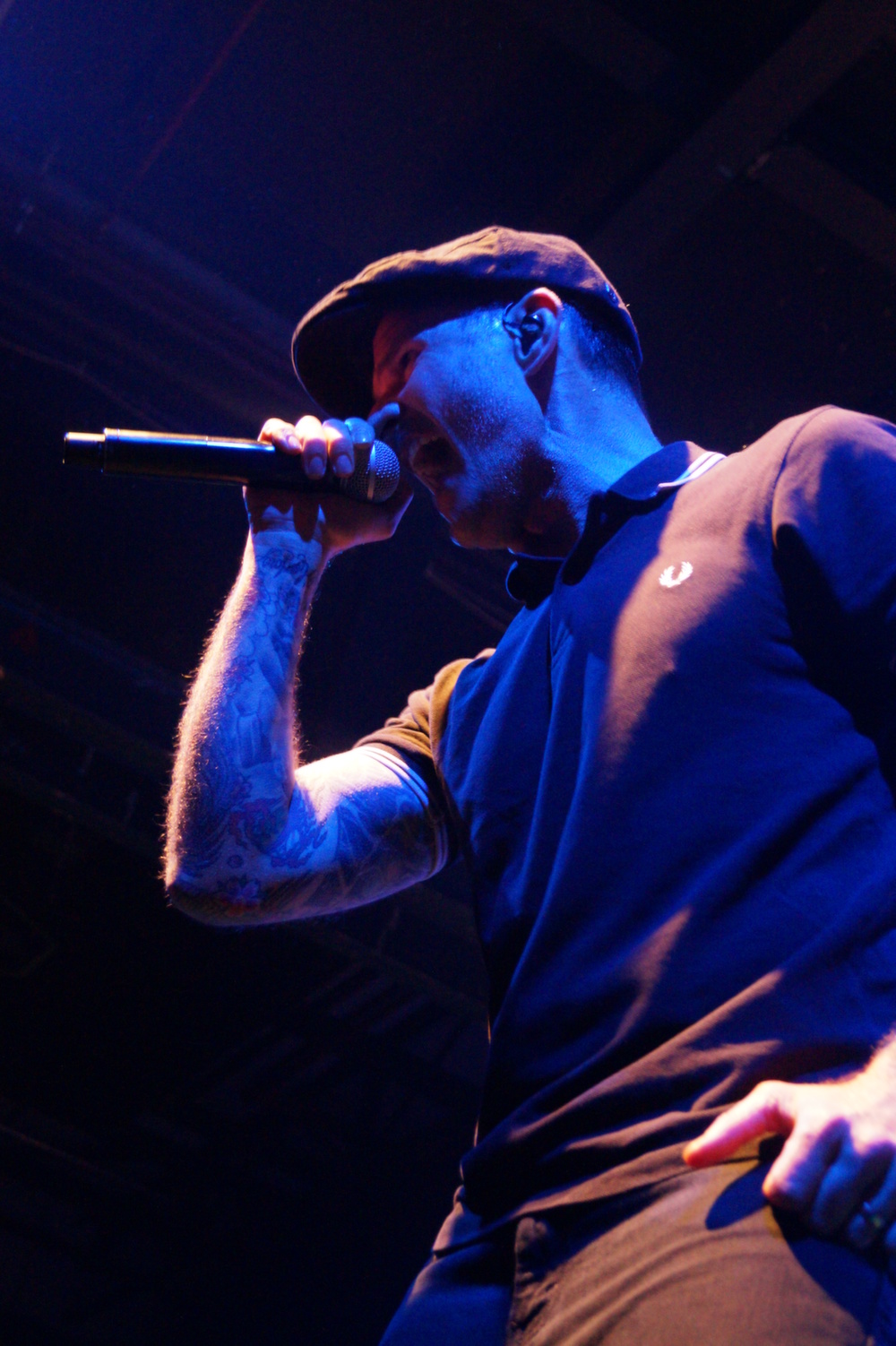 February 3, 2015 | Klokgebouw, Eindhoven – Eindhoven was in the sign of Irish rock. Dropkick Murphys was taking over Klokgebouw together with support acts Bryan McPherson, Blood or Whiskey and The Mahones, Klokgebouw changed into a vanue with a lot of beer, moshpits and a Irish punk music. Tessa was there to write a review about it and took some pics.

Bryan McPherson (USA)
In Klokgebouw there are less than 100 people when Bryan McPherson walked on the stage. The crowd was still talking, but Bryan started his show with a lot of passion. This singer-songwriter from Boston stood there with only a guitar and a harmonica. It soon became very clear that the crowd was waiting on some good rock. Some people were even singing some Dropkick Murphys songs. After five songs and a small applause he left the stage. 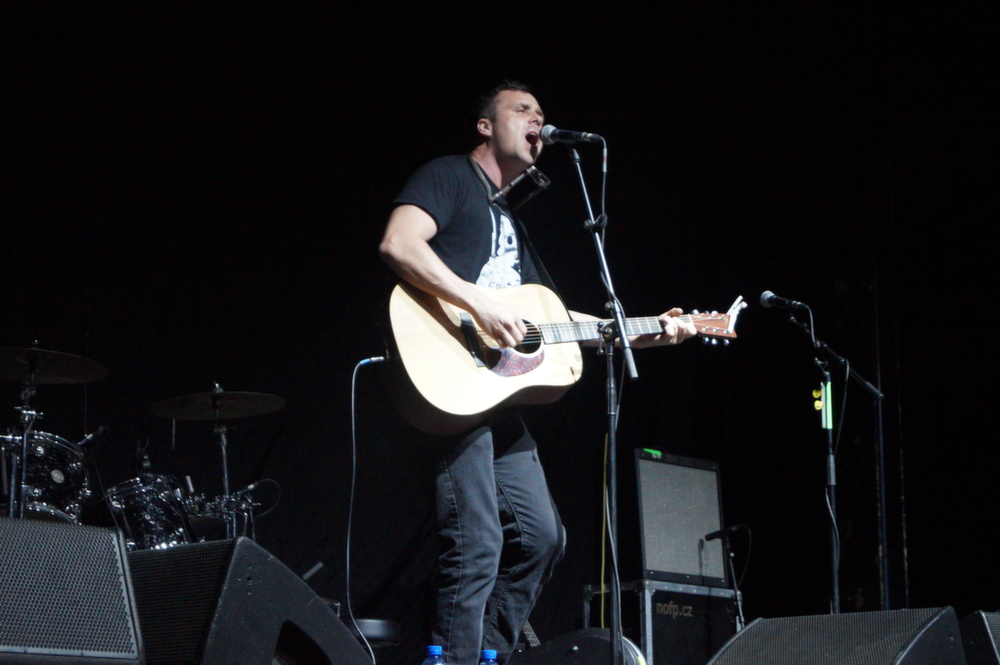 Blood or Whiskey (IRL)
When Blood or Whiskey started, there were more people in the hall. This celtic punkband from Dublin was more what the public wanted. With ‘Round Round In A Circle We Go’ asked the band for a circlepit. The crowd responded very enthusiastic and started running. It wasn’t the biggest circlepit the band had seen, but it was definitely what the band wanted to see. They were playing the songs with a lot of energy and they were running and jumping on the stage. 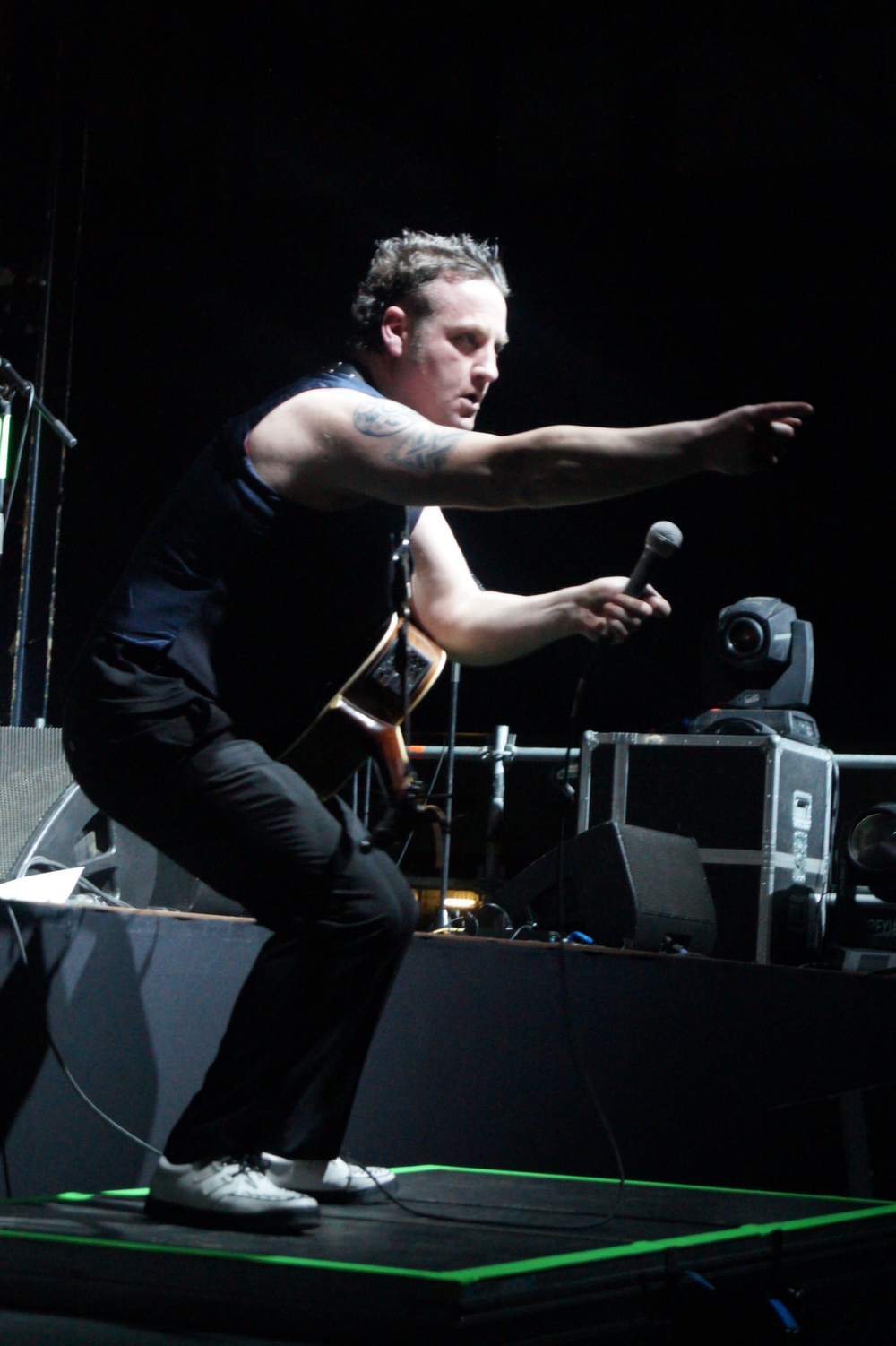 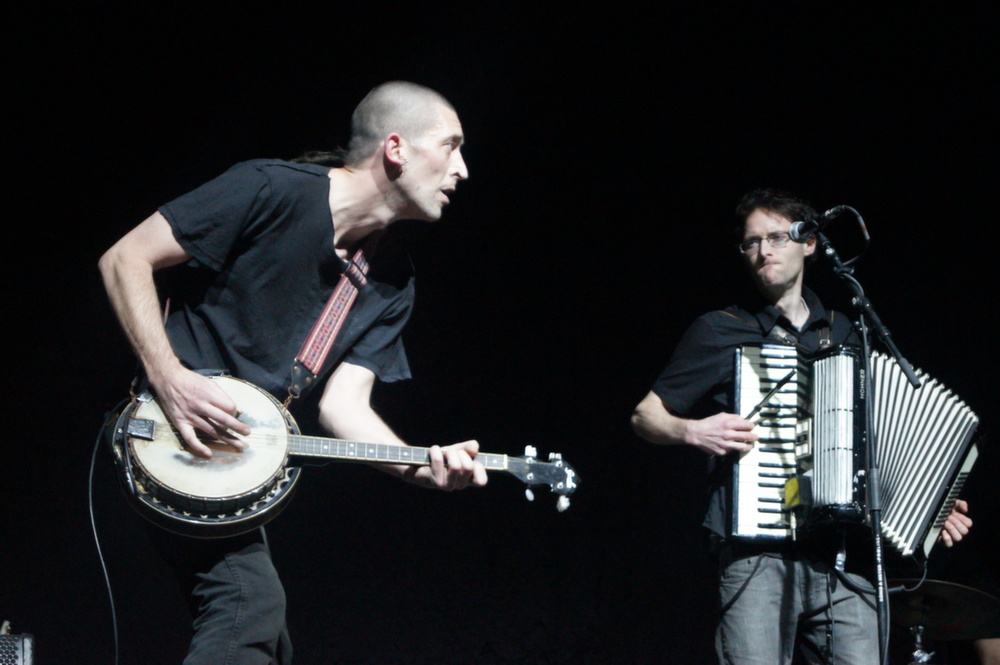 The Mahones (CAN)
The 3th band is The Mahones. With this band on the stage, the party really started. They’ve got a lot of fans who came to Eindhoven to see them. The crowd was very enthusiastic, started moshing and beer was flying through the air. The more enthusiasm of the fans, the more energetic the band seems to be. A very good support act for the final band. 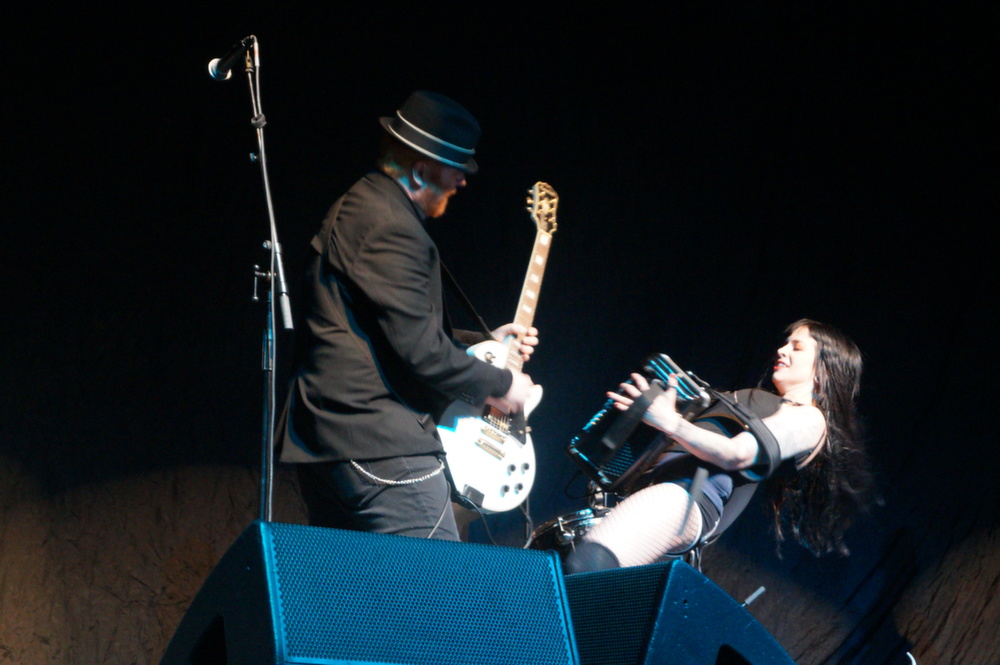 Dropkick Murphys (USA)
And then the show of Dropkick Murphys finally started. There are a lot of people now. With a long intro and the song ‘The Boys Are Back’ the band climbed the stage. From the very beginning the fans were moshing, jumping and throwing beer. On the balcony the fans were dancing on the irish rock. Hits like ‘Rose Tattoo’ and ‘Wild Rover’ came along with a lot of response of the public. Singer Al Barr talks about the times he and the guys played in Holland and about watching the Superbowl in Eindhoven. He seems to enjoy the show as much as the crowd does. It’s a good evening with a lot of partying and lots of beer. A concert of Dropkick Murphys is much fun and that’s the most important thing tonight! 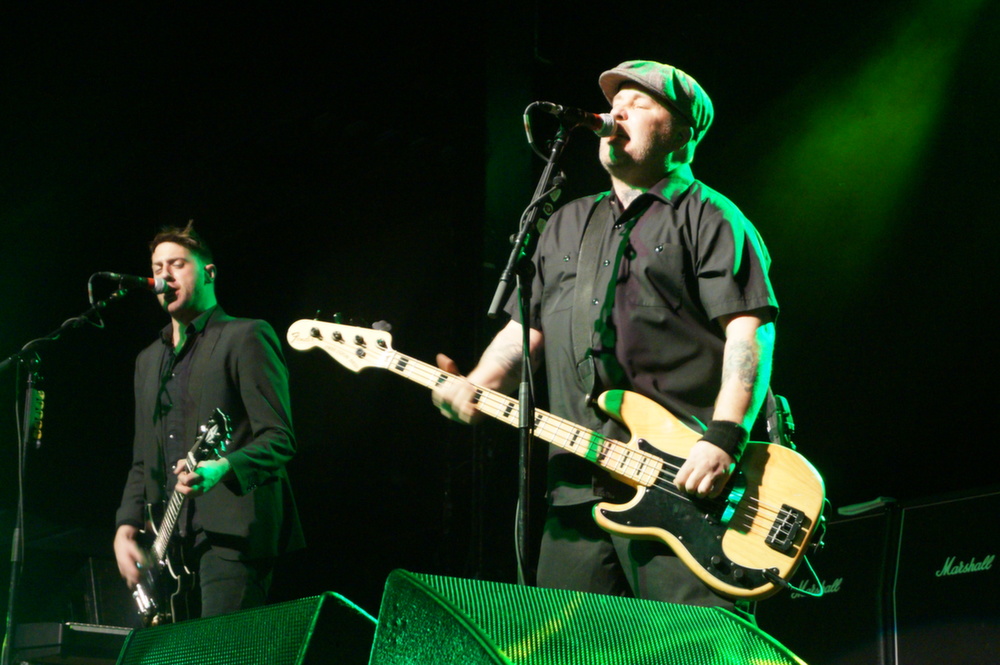 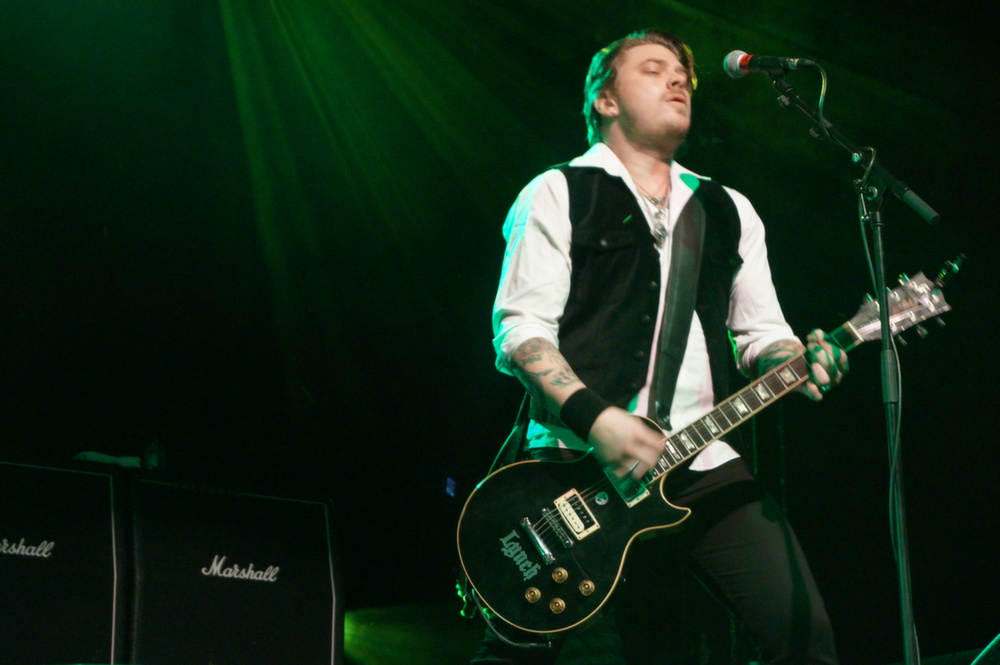