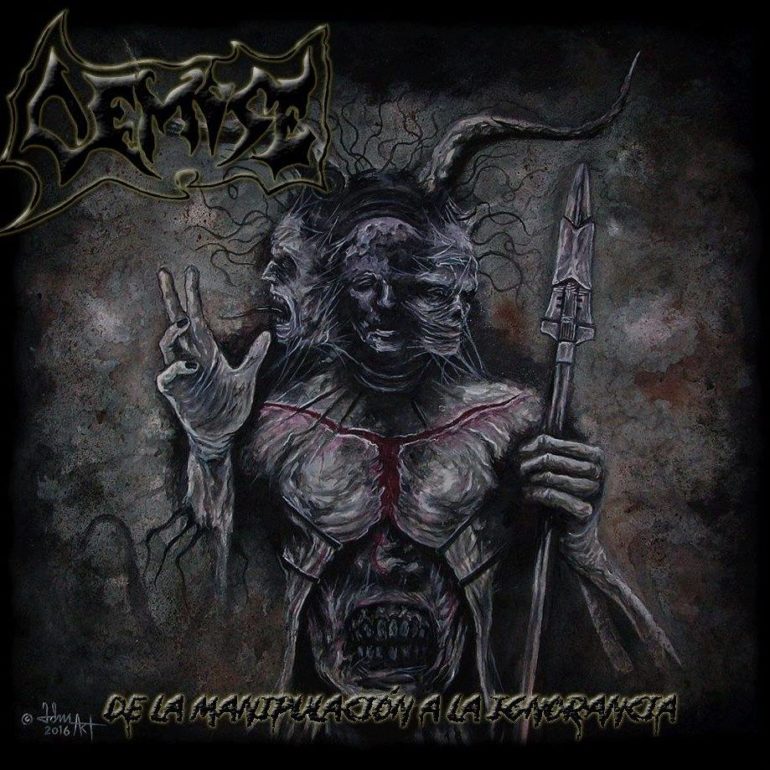 After their last full length album in 2014, the deathmetallers of Demise are back with a new album called “De La Manipulacion a La Ignorancia”, which will be released on August 17, 2018. The album title means as much as “the manipulation of the ignorant”

Coming from the bowels of Venezuela these five guys come up with an album which combines the South American death sound of the 80’s with old school styles, which results in some brutal dark death metal. This album really takes me back to the early ninety’s. The brutal pounding, the riffs, the melodies and the growls of Alvaro Parra, gives you something to break your neck. From the opener “350 Mentiras” till the last song “Exodo”, they keep going and you hardly get any chance to rest.

Besides the eleven songs, you also get a bonus disc with the same songs played instrumental. Also these versions are great! All in all, this is an album you’ll enjoy as a deathmetalhead, cause this is deathmetal, the ancient way.