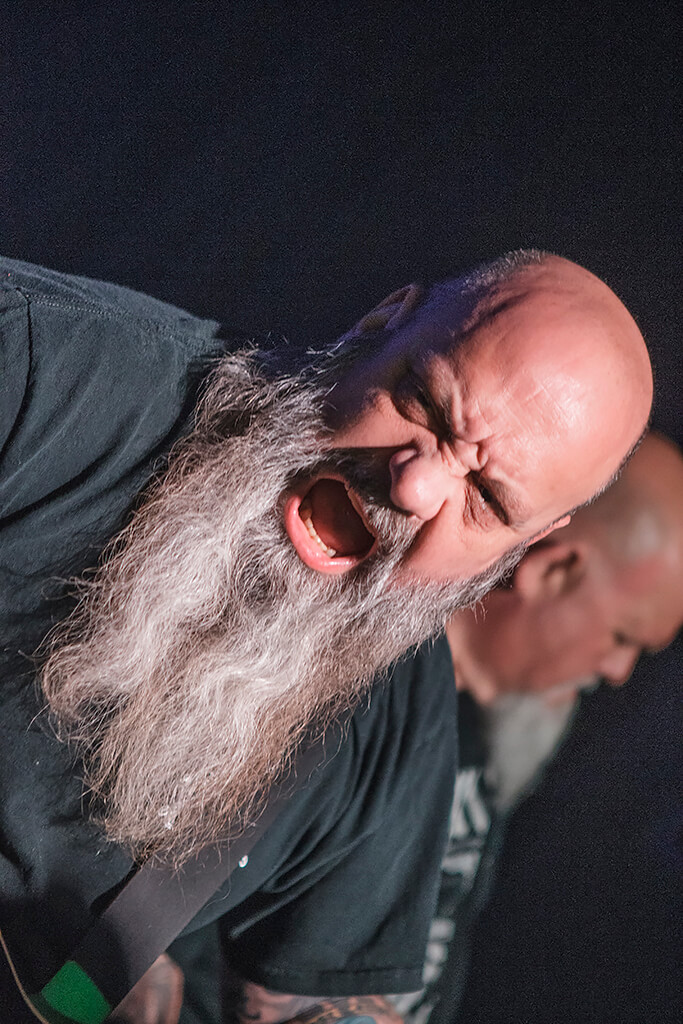 August 21, 2017 | Iduna, Drachten – It is a quiet Monday evening in Drachten, but not for long. American metalband Crowbar has arrived at Iduna. The venue does not expect much crowd tonight because it is Monday and it’s holiday season. They decided to make the stage smaller to make it a bit more intimate. Nevertheless, when Pander enters the stage a nice crowd has already gathered. Photography: Oscar Anjewierden

Pander (NL)
Pander has the honor to open the night with a mixture of metal, stoner and rock. The group originated in Kollum in 2011, but has members from several places in Friesland. Heavy doom and stonerrock fills the hall of Iduna and earplugs are a necessity because it is going to be loud tonight. It is so loud that the music here and there is somewhat hard to define; a literal wall of sound is washing over the audience and makes the lyrics a bit hard to understand. It becomes clear that Pander really needs to step it up when it comes to their presence on stage. In between songs there are awkward silences and no interaction with the audience whatsoever. Drummer Peter de Bruin and bassplayer Jurgen de Raad are the only ones who actually seem to enjoy themselves. The second song starts of heavy and slow, but the pace quickens and their enthusiasm gets the better of them.

They play a mixture of old and new material. The new material includes songs as ‘Mission Patrol’, ‘Victimized’ and ‘Holder’ and it sounds promising and al lot better than some of their older stuff. Their songs are dark and heavy at times and do have a lot of potential, but the performance is kind of sloppy and not always on beat. Meindert Pander’s singing sounds out of tune, which is cringe worthy. They end their show with a new song ‘Krush’. If the formation puts in a little more effort when it comes to their stage presence and the consistency of their sound, they can really make a name for themselves within the metal scene. Pander will record a new album at the end of this year and that is definitely something to look forward to. 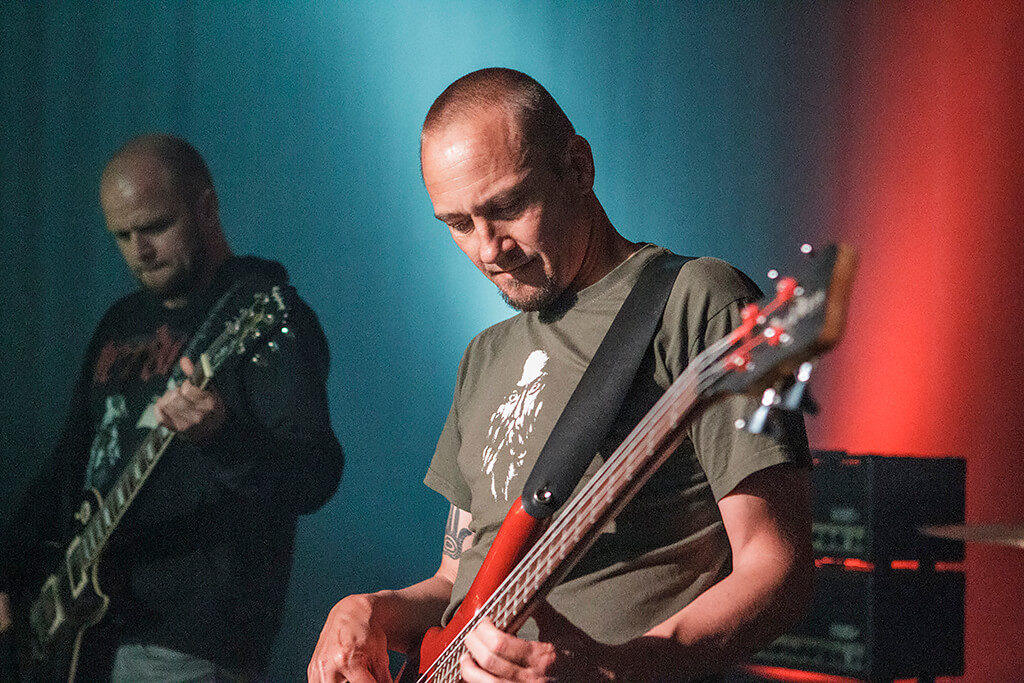 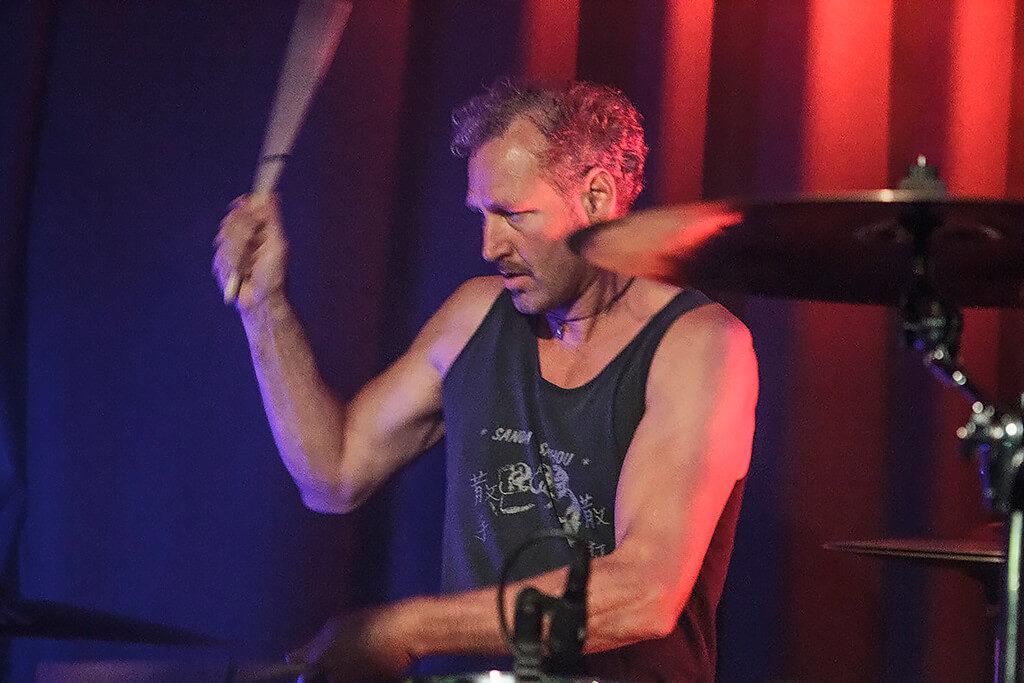 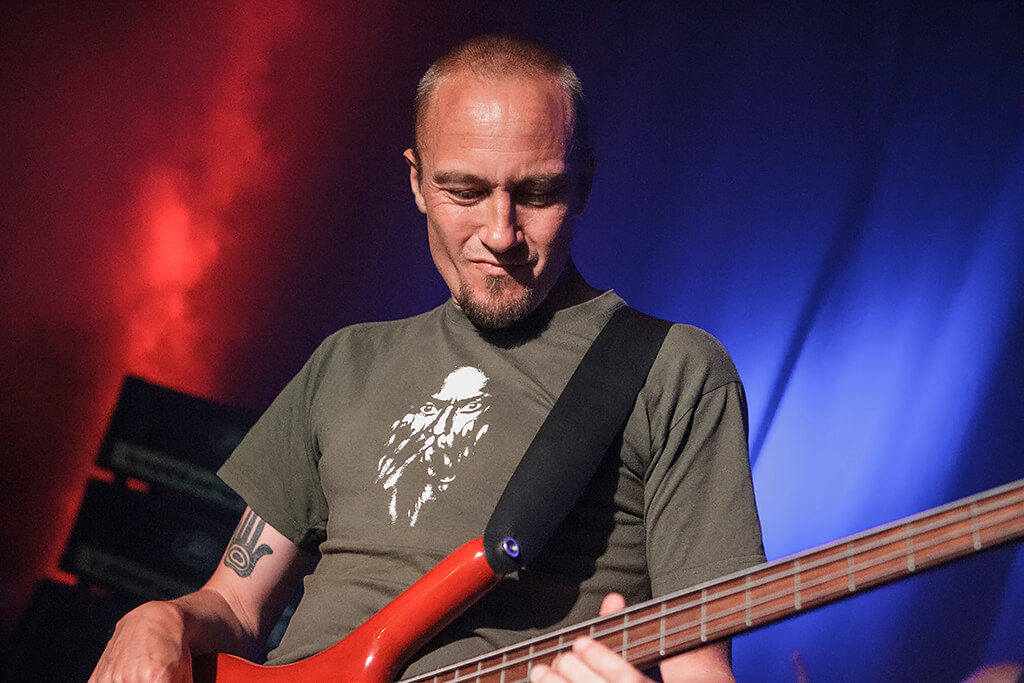 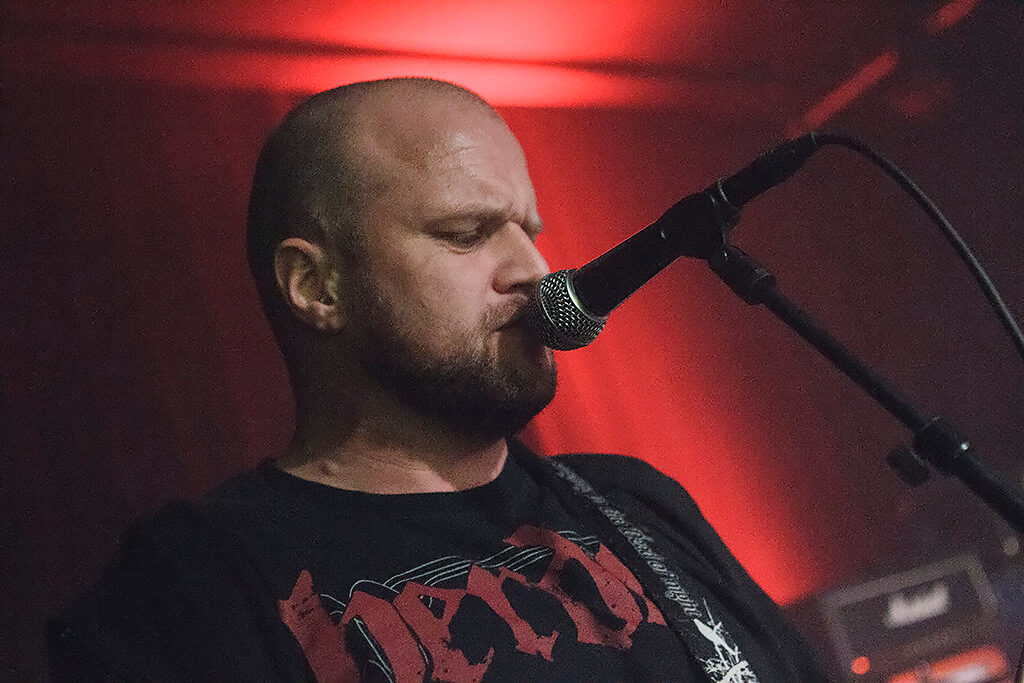 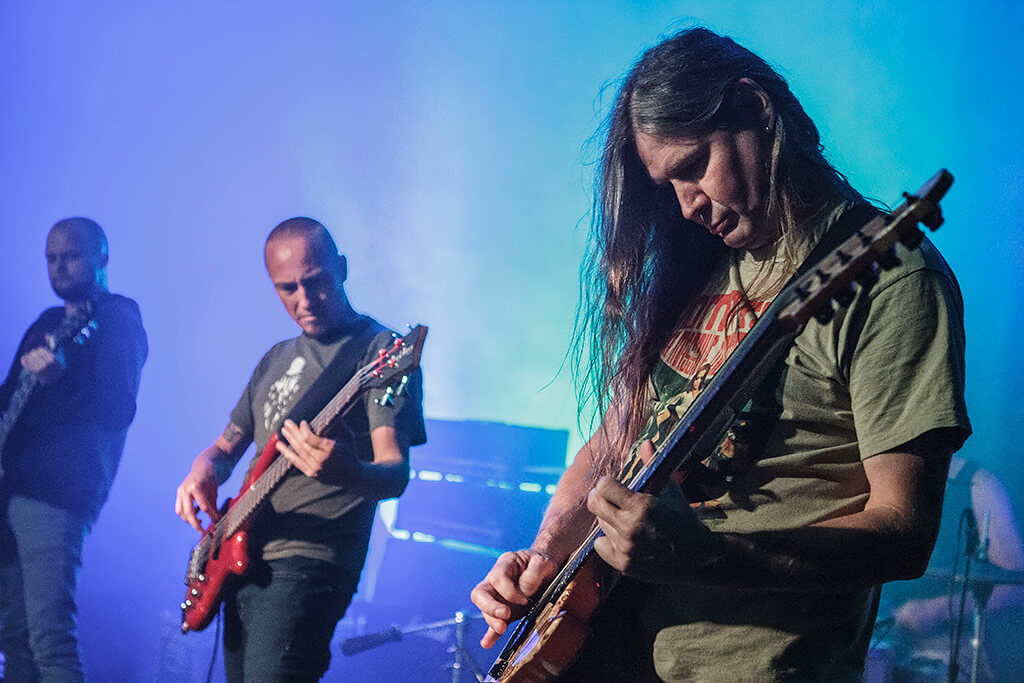 Crowbar (USA)
The number of people in the audience has significantly increased during the conversion of the material on stage and the pioneers of sludgemetal, Crowbar take the stage. These old dogs from New Orleans, America have been around since 1991 and are still going strong in 2017. Due to various other musical activities which singer Kirk Windstein has been involved with their list of album consists of no more than 11 studio albums during their 26 year career. The latest album ‘The Serpent Only Lies’ dates back to 2016 and leaves fans screaming for new material. They start of right away with one of their biggest hits ‘All I Had I Give’ from their second and breakthrough album ‘Crowbar’. Singer Windstein kind of looks like a gnome with his lack of height and long beard, but his voice sounds dark and grand. The songs are very much doom and stoner but have a lot of references to hardcore as well. This combination creates a nice dynamic. Crowbar is known for their ability to produce songs without any kind of solos. They do however have lots of interesting pace shifts and breaks, and therefore solos are not really that important. Every member of Crowbar seems to enjoy themselves on stage and they play with dedication and passion. Most songs start off dark and doomy and end up more hardcore like. After a while this trick gets a bit old, but not less entertaining. It is safe to say that this Monday evening in Iduna is one to remember. 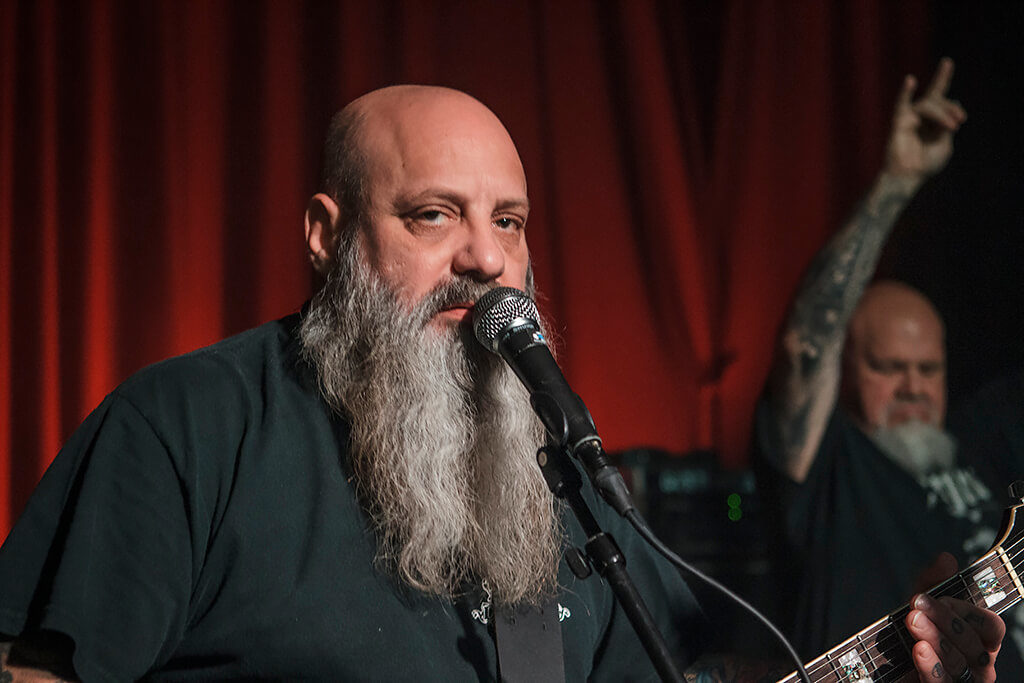 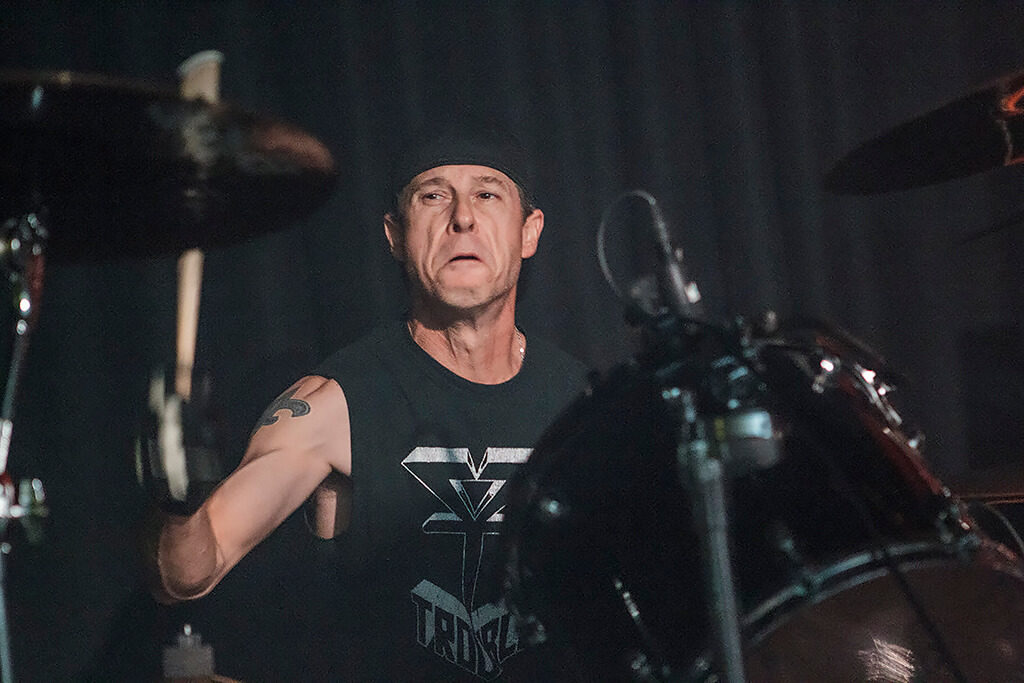 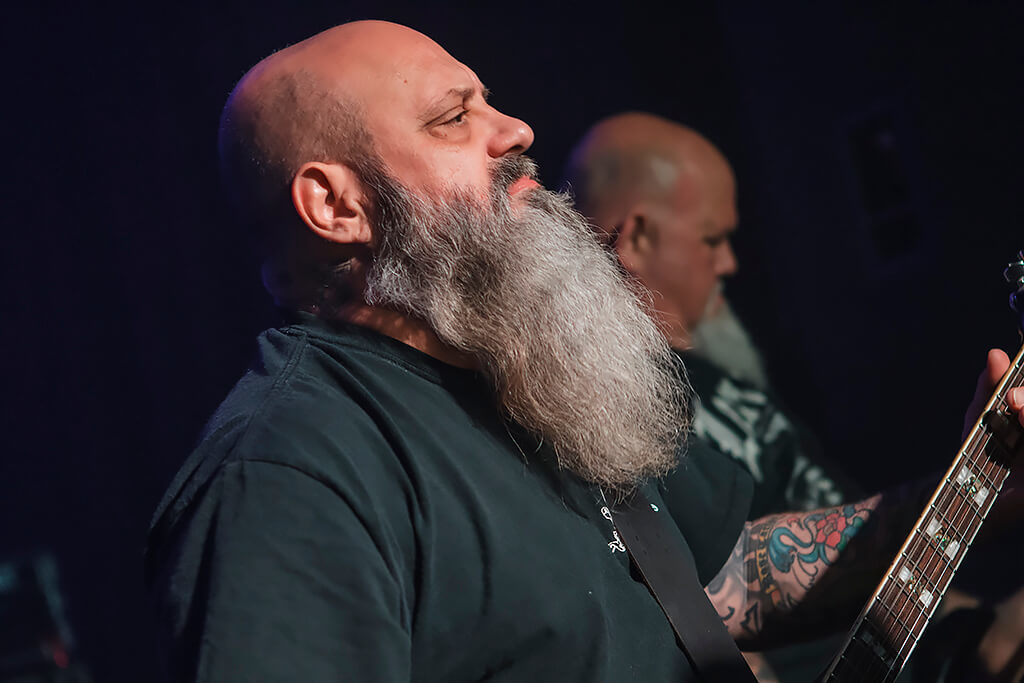 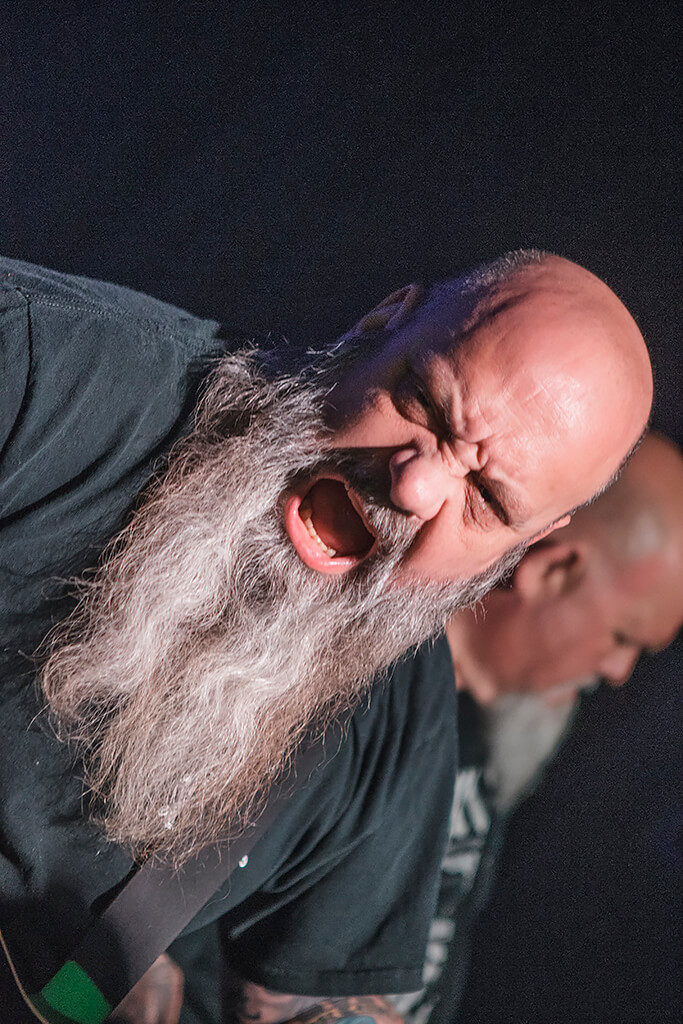 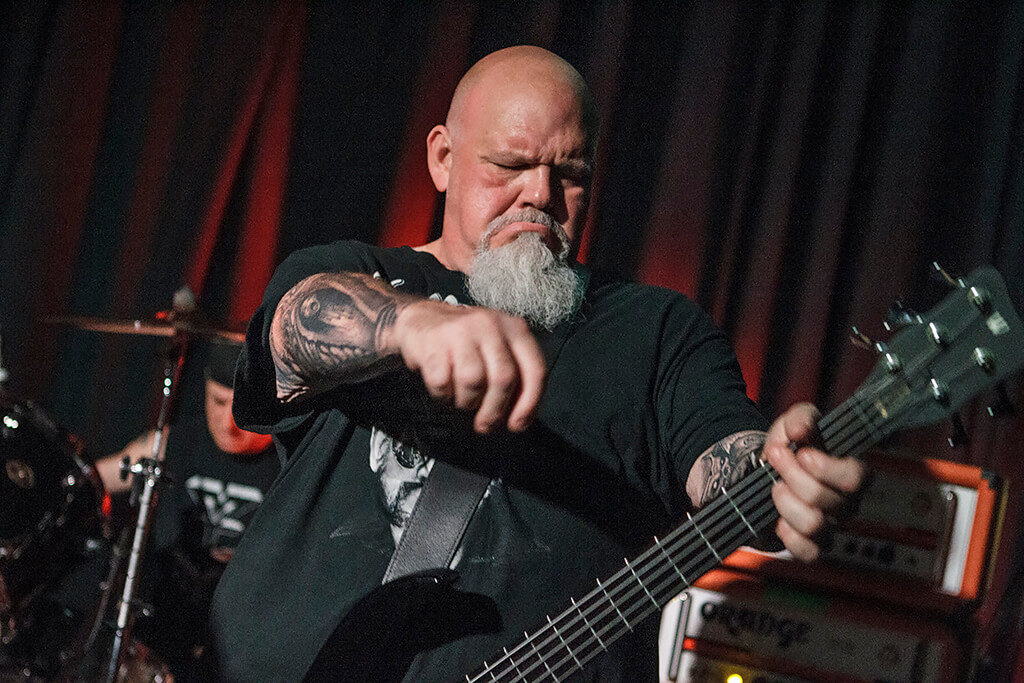