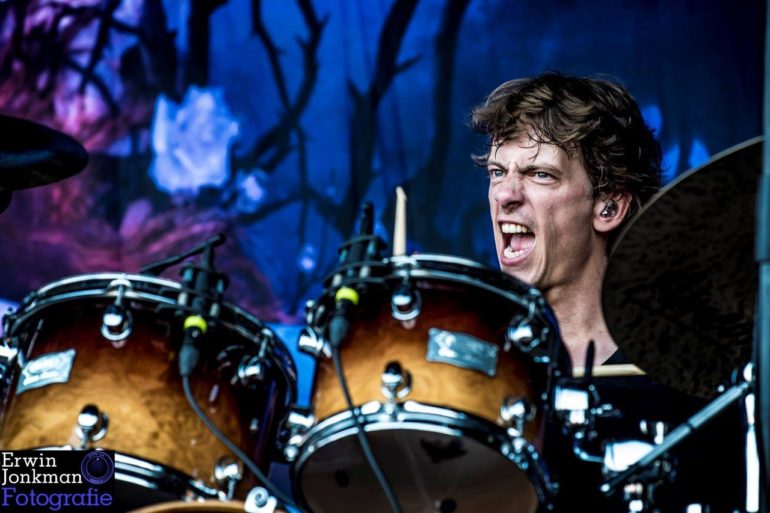 August 7th, 2015 | Leeuwarden – In the city center of Leeuwarden, the second edition of CityRock took place. The festival is combined with the metal festival Into The Grave. The line-up of CityRock 2015 consisted of Kamchatka, Stream Of Passion, Red Vultures, Peter Pan Speedrock, The Answer and Epica. Check the review of Johan and the pictures of Erwin Jonkman.

Red Vultures
The day started at 4:00 pm with the Dutch band Red Vultures, consisting of members from Within Temptation, Heideroosjes and My Favorite Scar. The band plays rock in the most general form. Their sound makes me think of a collaboration of Alter Bridge with Stone Temple Pilots. The sound is not so loud and guitars are hard te hear. A pity detail, but overall their performance is a nice one to start the day with. Stream Of Passion
The Dutch symphonic metal band Stream of Passion played at 5:05 pm. The audience that’s already at the festival is enjoying this progressive band with the Mexican front woman. The band is playing a tight show and it seems they are having fun at the stage. A good show! Kamchatka
After some symphonic metal from Stream of Passion (which I unfortunately missed), it was time for the Swedish blues/stoner rock band Kamchatka, who I saw earlier this year as the support-act of Karma To Burn. The band is playing excellent, people in the audience start to nod their heads enthusiastic. The band played songs like ‘Tango Decadence’ and ‘Get You Game On’. Perfect! Peter Pan Speedrock
The loud, mean and dirty rockers from Eindhoven, Peter Pan Speedrock were there to take it up a notch and stir up the crowd. As the band started on ‘Resurrection’ the crowd opens up and starts a mosh pit. Loud and dirty is the way they like it in Leeuwarden. The band played an awesome setlist containing songs like ‘We Want Blood’, ‘Crank up Everything’, ‘Go Satan Go’ and more. At the end the band announced they will be doing a tour through the U.S. and ended up with the song ‘Rock City’. The Answer
The Irish blues/hard rock band The Answer played a extraordinary show and everything fell in place. The band consisting of Paul Mahon (Guitar), Cormac Neeson (Vocals), Micky Waters (Bass) and James Heatley (Percussion) shook up Leeuwarden with their classic rock sound with influences by the big ones like Led Zeppelin, Deep Purple and AC/DC. The last one they supported for a 2 year world tour after their ‘Everyday Demons’ album in 2008. The band is made of excellence and class and barely makes a mistake. The band was excited and had the audience in the palm of their hands. All in all a magnificent performance. Epica
The evening was closed by the Dutch gothic metal band Epica. Only I had to leave early to get the train back home. So enjoy the pictures!