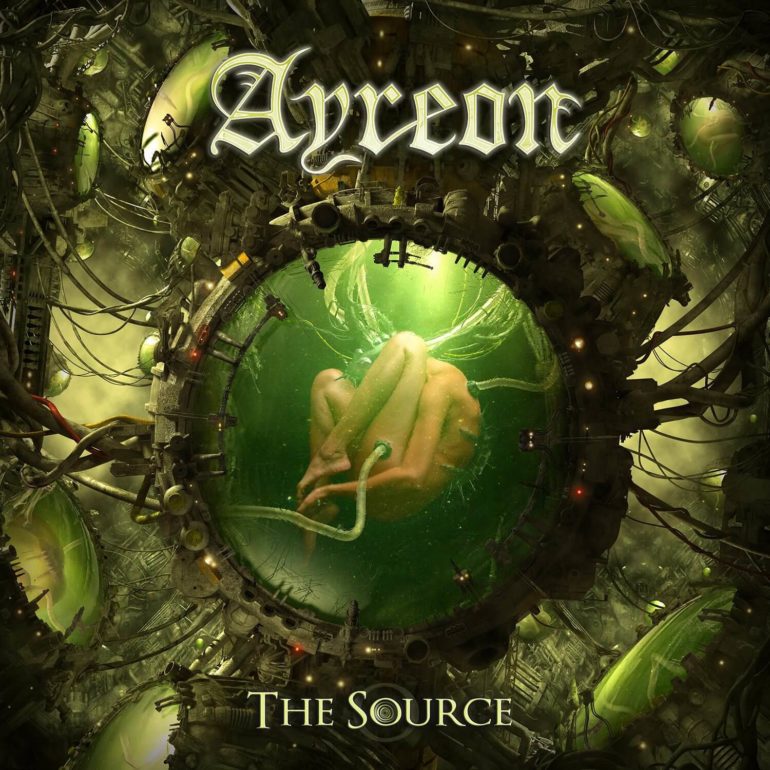 When Arjen Anthony Lucassen comes up with new music, my heart always starts beating faster. On April 28th, the Dutch musician released his ninth studio album called ‘The Source’ with his progressive metal/rock opera project Ayreon. A double album featuring several guest singers to portray the characters across the album, like James LaBrie (Dream Theater), Simone Simons (Epica), Floor Jansen (Nightwish), Hansi Kürsch (Blind Guardian), Tobias Sammet (Edguy, Avantasia), Tommy Karevik (Kamelot, Seventh Wonder) and many others. In September this year Ayreon is performing three exclusive shows in 013, Tilburg. All 9000 tickets were sold out within an hour. It shows how popular this metal project is!

As with every Ayreon album, it is a concept album with each character being portrayed by one singer. James LaBrie as The Historian, Tommy Karevik as The Opposition Leader, Tommy Rogers as The Chemist and so on. Except the last song, every song on the album contains more than one singer. The first song on the album ‘The Day That the World Breaks Down’ contains all eleven main vocalists, which sounds very complex and takes about 13 minutes of your time. Symphonic, progressive, industrial, folk metal and classical music reinforce each other to tell you the story about the origins of the Forever, an alien race central to the Ayreon storyline.

It’s the perfect balance between heaviness, symphonic music and the use of unexpected instruments that grabs you. For me the song ‘Condemned To Live’ is the highlight on this album. It contains almost all the ingredients, like cello’s, violins, flutes, 6 guest singers, heavy riffing guitars and harmonic female backing vocals. Also the other songs are a hit in the bulls eye and catchy and melodic like hell. Especially the great interaction between the slow, melodic intros and the more heavy continuation of the songs is perfect in balance and harmony.

Another song I would like to mention is ‘All That Was’. A melodic feel good song with folk influences, that’s bringing you back to the mid ages. A nice moment of rest which shows the diversity of the album. It’s hard to come up with a favorite song, because they’re all from very high quality. The amazing compositions and creativity make this album a true polished diamond. All the guest singers are picked very carefully and adding tons of quality to each song.

Every song is just a unique masterpiece written, produced and performed in the best way to kick symphonic metal to the next level. Especially the wide range of influences, the guest singers and variety of instruments is just spectacular. Every note mastermind Arjen Lucassen wrote down for ‘The Source’ is the best you can imagine. I’m proud this Dutchman did it again and the 5 stars are well deserved!

Chronicle 1: The Frame
01. The Day That The World Breaks Down
02. Sea Of Machines
03. Everybody Dies

Chronicle 3: The Transmigration
01. Aquatic Race
02. The Dream Dissolves
03. Deathcry Of A Race
04. Into The Ocean