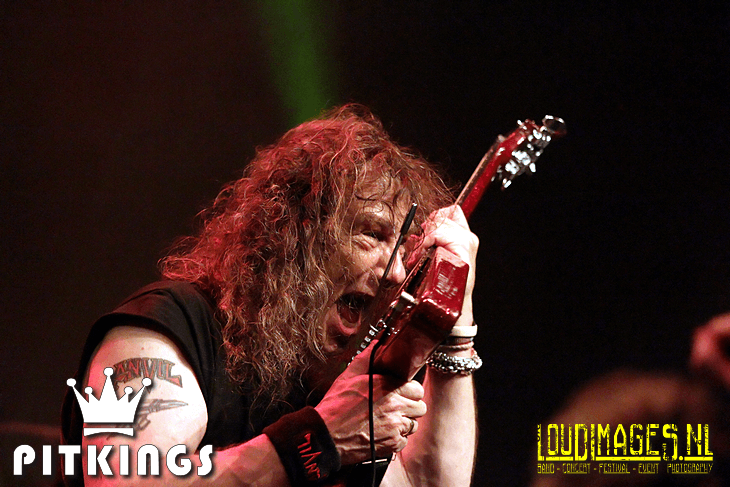 February 3, 2017 | Metropool, Hengelo – Tonight I’m gonna see the, now, legendary Canadian metal band Anvil. I suppose everybody has seen their movie “Anvil! The Story of Anvil” by Sacha Gervasi and knows the road these gents had to take to finally get a bit of well deserved success. But before the show of Anvil begins, we’re treated with two support acts: Rampart and Grey Attack.

Rampart (BUL)
First support act is Rampart from Bulgaria. It is not very busy, but there is a small audience interested in this band. Musically I am quite impressed. It’s quite technical powerful eighties metal which is damn catchy. Vocally I am a bit ambiguous. For sure, Maria Diese can sing, but it seems she pinches her voice somewhat. Especially with the longer notes it seems she can’t release her fully potential and that’s unfortunate. Rampart closes their set with a song in their native tongue; Bulgarian. If it was up to me, I would advice to sing more often in own language. Maria seems to be more relaxed with it and it flows better. All in all an entertaining set! 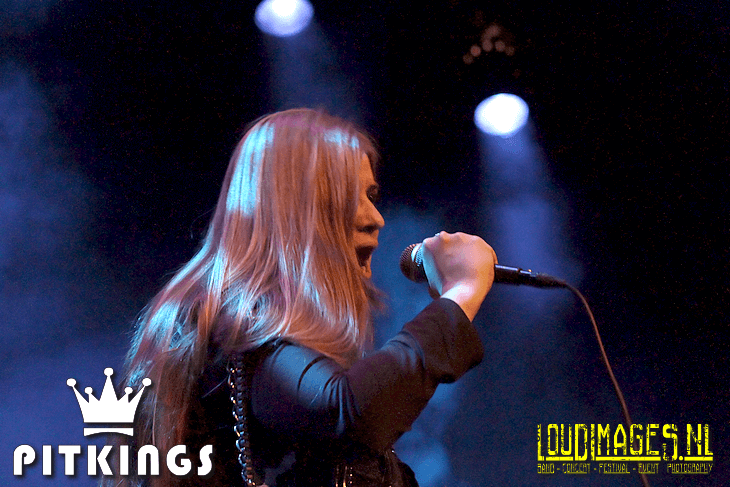 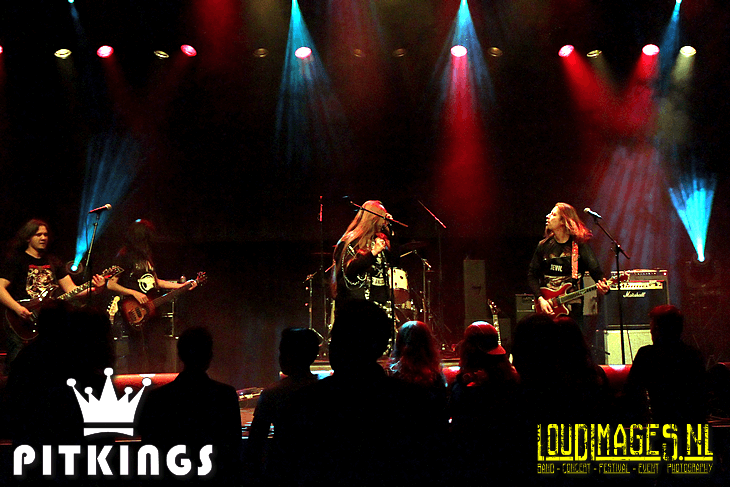 Grey Attack (GER)
The venue is filling up quite nicely now and Grey Attack is skillfully playing their set. According to their Facebook-page, Grey Attack plays grunge, but to me it is more popular rock music. It is slick and smooth and well performed, but it doesn’t do justice to the rest of the line-up. When at a certain point a love song is announced, there goes a sigh through the back of the venue. Personally I think Grey Attack was not the best pick for this evening. Surely the band is professional and is playing well, but it was not enough metal. 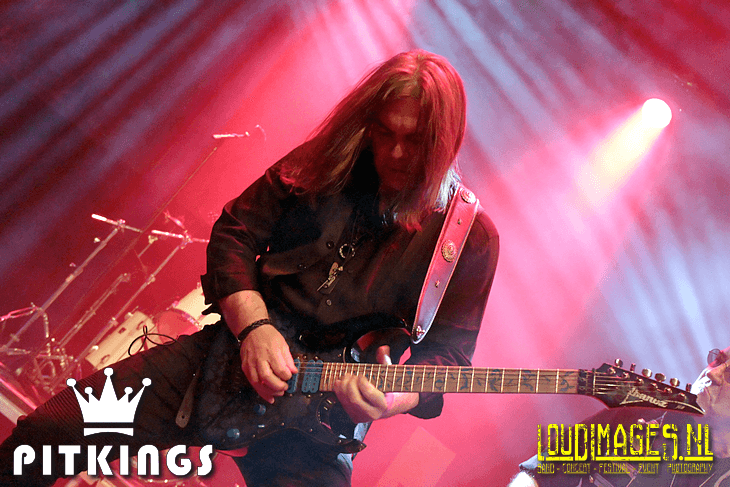 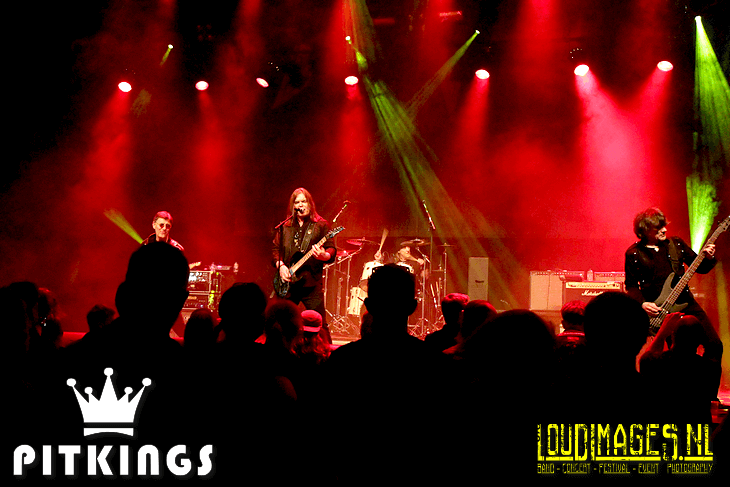 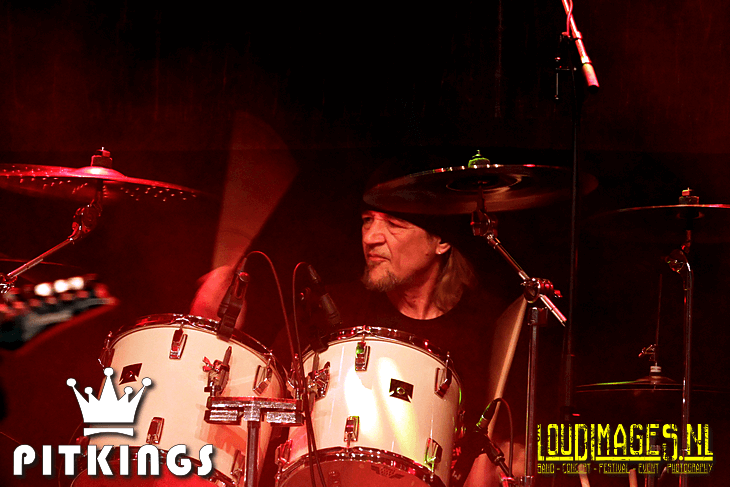 Anvil (CAN)
Change over is swift and when the band is looking into the venue from the wings of the stage, the crowd begins to cheer fanatically. The venue is quite full now and when the band starts to play, singer/guitarist Steve “lips” Kudlow rushes of the stage and decides to play the complete first instrumental song a midst of the crowd. When Steve returns to the stage, he is smiling broadly and is enthusiastic about the reception of the crowd, which gave him goosebumps. Steve elaborates on the title of their new album “Pounding The Pavement”, which finds it origin in their years of struggle to get to the point where they are now. 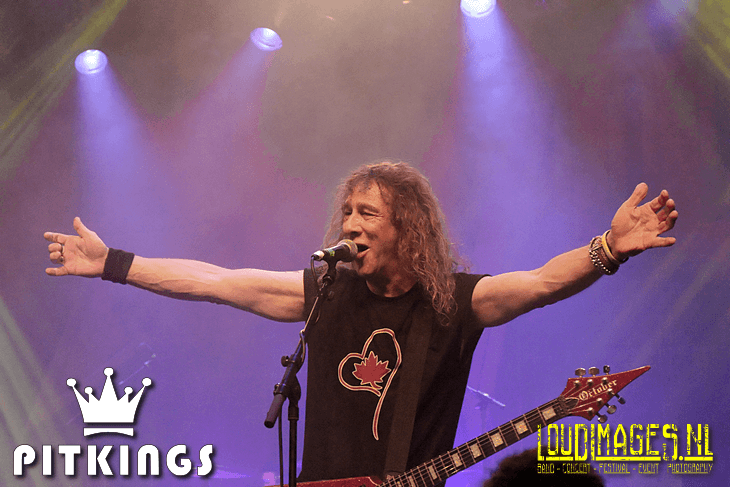 If it is one thing which is catching you eye on the stage, it cannot be something different than the enormous smile Steve is having the entire evening. He tells later, that it is because he is having “a fucking great time” touring Europe. It was always their dream and it took almost forty years to realize their dream. Steve is a great storyteller too. His story on how Anvil is the ‘dodo’ of metal, together with Girlschool, Saxon and Raven, is just hilarious. Not only the stories are fun filled, but the lyrics are often too. “Bitch in a box” is about a satnav (TomTom) who is sending you the wrong way and the profanity used by Steve makes the venue howl with laughter. And of course, the inevitable dildo is pulled out with Steve’s guitar solo. It is a bit of a gimmick; but the audience is expecting it and Steve is willingly complying. To be honest, it doesn’t sound bad at all! 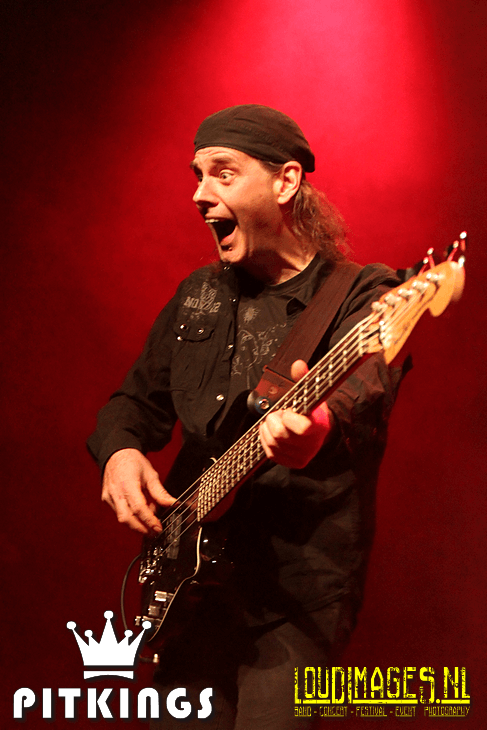 About halfway, drummer Robb Reiner has his drum solo and that is an impressive one. It is quite long too and never gets boring. That’s an art! At one point, Steve is telling a story of him and drummer Robb Reiner loving the forties music with big bands like Glenn Miller. The next song is “Swing Thing” and has a remarkable influence of Glenn Miller and isn’t half bad! The last songs of their regular set is “Metal on Metal”. Immediately there are dozens of phones in the air recording this song and everybody sings along. There is only one encore and that is “Born to be Wild” of Steppenwolf. 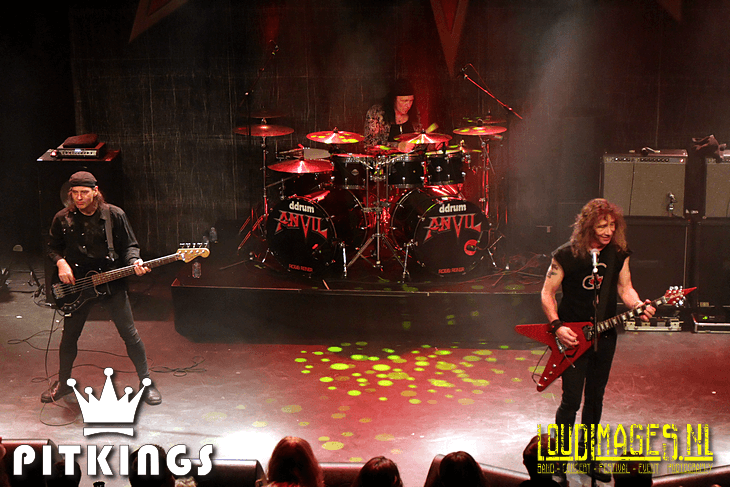 Conclusion
Anvil might not be the most varied metal band in the world, but they stayed true to their original sound. That, with their current cult status makes it a must-see band. With an impressive list of tracks, Anvil could have played until sunrise, without ever repeating itself. The fun these guys have on stage is contagious and is really sincere. Steve tells it numerous times that this is his dream now came true and the crowd is awarding Anvil with great enthusiasm. With 17 tracks, the gig was enjoyable long and entertaining as fuck! It was a privilege to have been there! 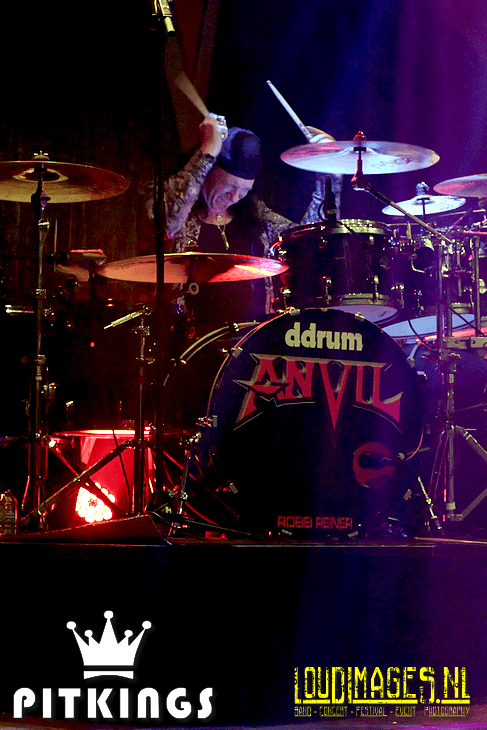 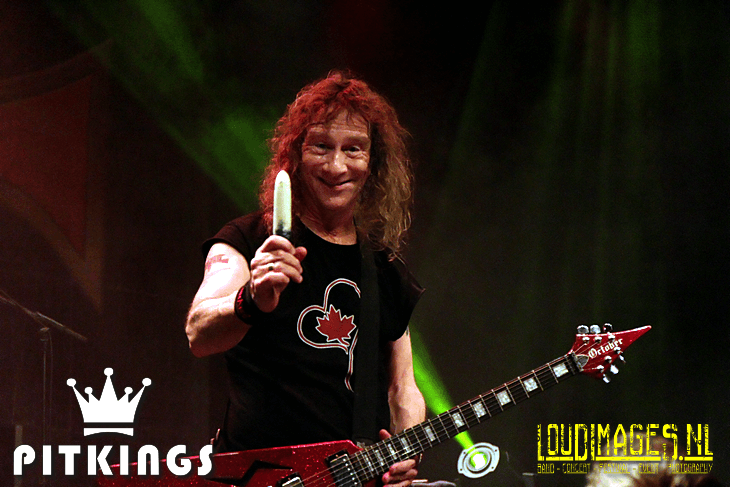 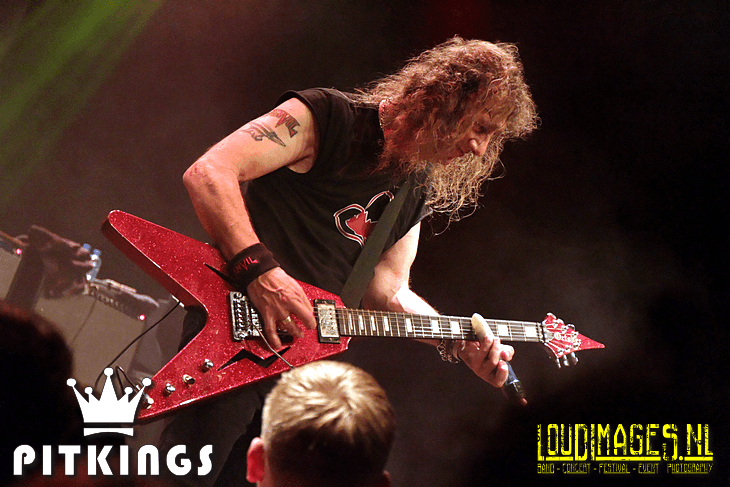 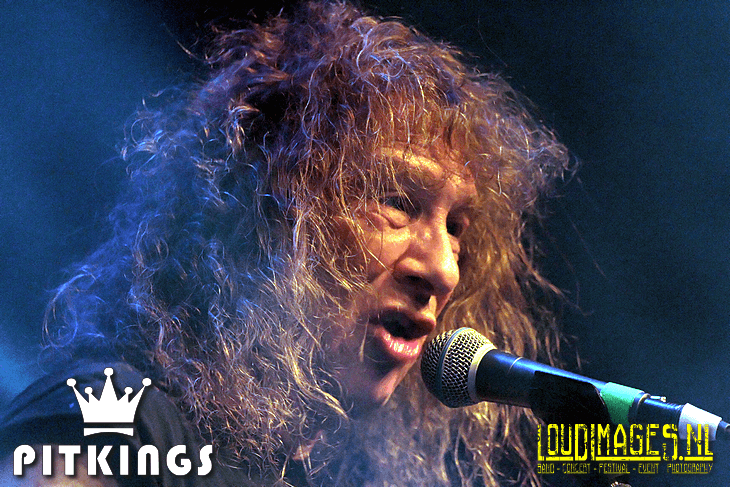