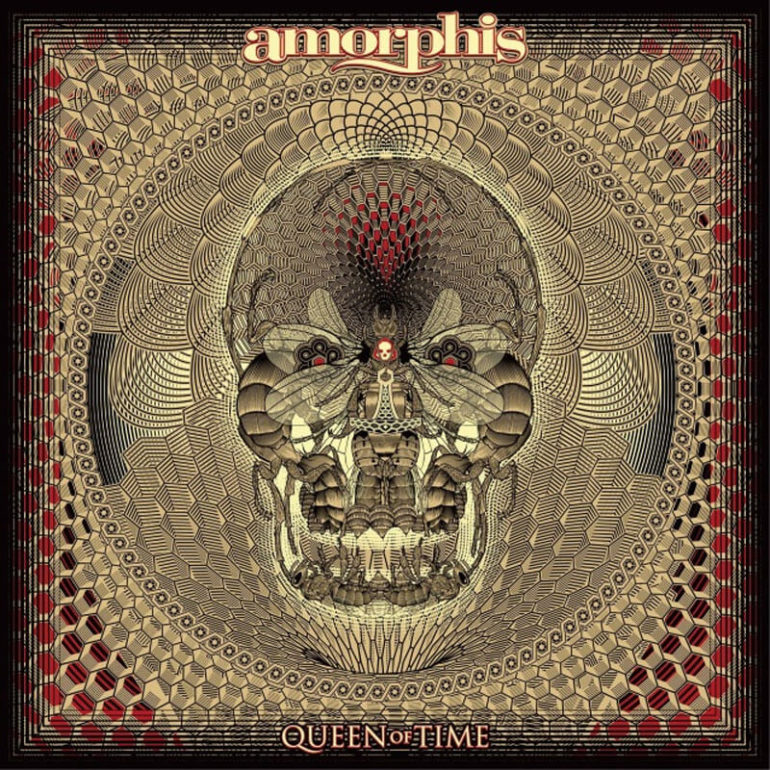 The symphonic heavy metal band Amorphis from Finland are ready to release their new album ‘Queen Of Time’ on May 18th, 2018. It’s already their 13th offering and 3 years after their successful album ‘Under The Red Cloud’. The album was produced by Jens Bogren (Opeth, Amon Amarth, Kreator) and released by Nuclear Blast.

I do not deny the fact that I’m a huge fan of Amorphis. Their music pretty much resembles my whole childhood and teenage years. My real question is where they can take it from there, because with their latest effort “Under the Red Cloud” they reached their musical peak according to me. Well, my answer is pretty simple and clear. “Queen of Time” is a perfect blend of everything that made this band known and adored. Extremely heavy guitars, great growls, catchy choruses and hooks. Apart from these elements, I really enjoyed the fact that they added some symphonic parts, choirs, sax parts and eastern melodies to it, while the folkish flute is present throughout most songs.

The album starts very well with their first single “The Bee” and peaks with the dynamic track “The Golden Elk” and leads to my favorite and the annoyingly catchy song “Wrong Direction”. I was really surprised hearing them collaborating with Jørgen Munkeby (Shining) on “Daughter of Hate” and with Anneke van Giersbergen (The Gathering, VUUR) on “Amongst Stars”. Her charming voice is a great fit to their sound and this Amorphis meets the Gathering experiment produced a great result. Straight from the land of the thousand lakes, this album is a real joy for the ears and definitely one of the best of the year!