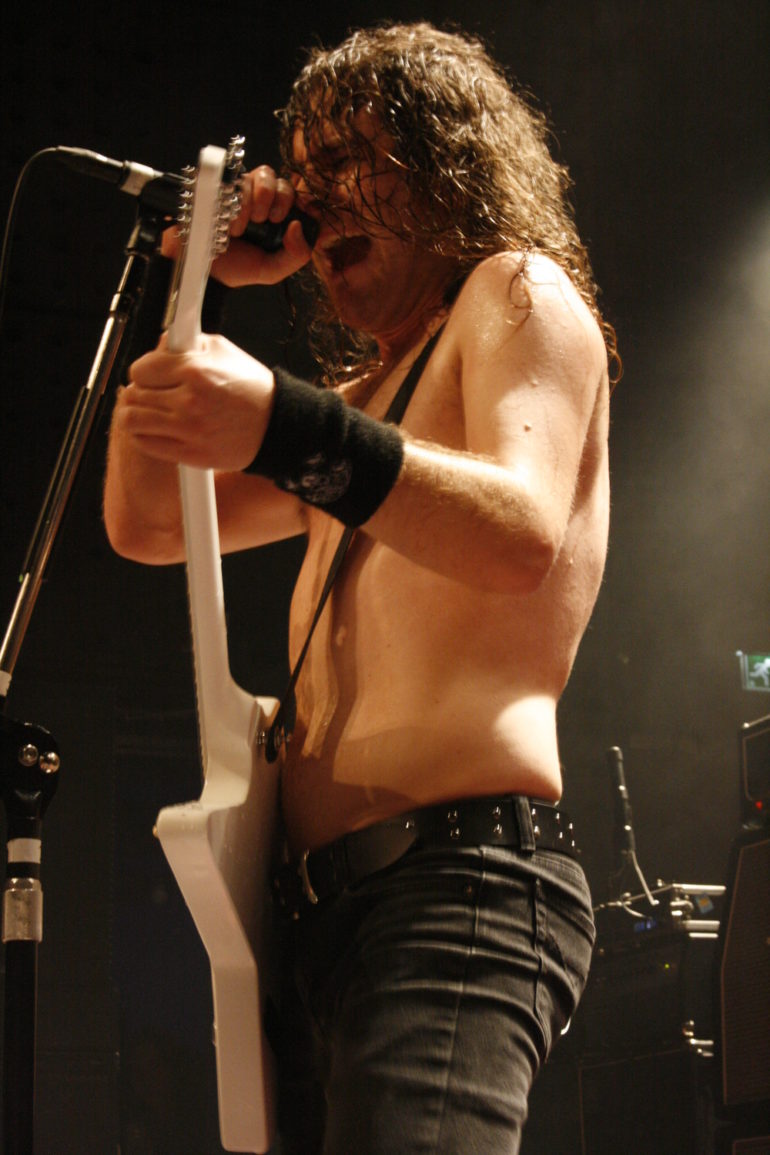 May 29, 2015 | Atak, Enschede – The Australian hardrock band Airbourne played an exclusive club show at Atak, Enschede. The band, started by the brothers Joel and Ryan O’Keeffe, has formed well over the years with an arsenal of AC/DC influenced songs. Down and dirty rock and roll, with crazy solo’s that pass by every now and then and a voice of someone who drinks whiskey for breakfast. The support was from the Dutch/Belgian stoner rock band Drive Like Maria.

Drive Like Maria
Drive Like Maria released their first album ‘Elmwood’ in 2009, which gave them the opportunity to support AC/DC and ZZ Top. In 2012 the band released their second album called ‘Drive Like Maria’, which got great reviews. The band opened the evening and when they started everybody came to the stage to see what all the ‘fuzz’ was about. The songs ‘I’m on A Train’ and ‘The Dog Died Rough’ did well. You can hear some Queens of The Stone Age influences here and there. The band did a fine job warming the audience up for Airbourne. The band was feeling great, as well as the audience. ‘Black Horses’, one of their last songs got everybody cheering for Drive Like Maria.

Airbourne
After a warm up you could only wish for it was for Airbourne to take the stage. As soon as the Aussie rockers took the stage, it was on. People, beer and fists were flying through the air as Airbourne trashed away on ‘Ready to Rock’ followed by ‘Too Much Too Young Too Fast’.
During ‘Cheap Wine & Cheaper Women’ singer/guitarist Joel O’Keeffe does his routine, by climbing up on an amp and smash a can of beer open on his head, followed by some soloing and a little switch to AC/DC’s ‘Dirty Deeds Done Dirt Cheap’.

Once Airbourne finished ‘Stand Up for Rock n Roll’ and made Atak go wild. They dimmed the lights. After a while an air raid started and it was time for ‘Live it Up’. With ‘Runnin Wild’ they ended their set and left the audience satisfied with an amazing and wild evening.