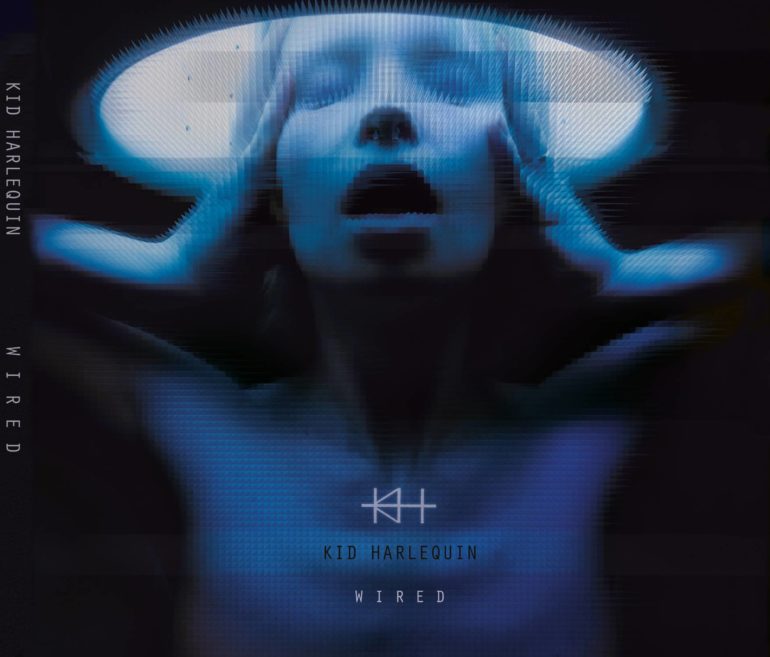 Kid Harlequin is a industrial/alternative rock band from Rotterdam. On April 17th 2015 they released their debut album ‘Wired’ and I have got the honour of reviewing it.

About Kid Harlequin
They already played at Paradiso, Melkweg (both in Amsterdam) and Paard van Troje in The Hague. The band also had a couple of gigs in the Great Britain. They’re music may remind you of Nine Inch Nails, but also some influences from Marilyn Manson and Linkin Park can be heard. The interesting quadruplet of 2 ladies and 2 gents released their debut album ‘Wired’ on April 17th 2015.

Wired: a sublime and fantastic debut album
The album opens with a nice building up intro called ‘War Inside My Head’. Though the transition to the next song could have been somewhat better. The second song ‘Burn it Down’ is switching between a heavy down-tempo, and more delicate pieces. It contains a refined and familiar lyric. Their title track ‘Wired’ brings a strong head nodding vibe. You can hear a mixture of influences from Nine Inch Nails with Placebo boiled into one. The breakdown on this one is superb.

‘What Have I Become’ is setting a more calmer tone for the next songs. ‘Natural Habits’ is a great euphoric song that reminds me of work from The Naked and Famous, the band shows a more electro pop/rock side here. On ‘Bilateral’ they bring back some heavy guitars. The last song on this spectacular album is ‘No Light At The End and it still has a little surprise left for us, the song is a odd but still great, as they bring the album to an end they pull you into the song with a slight detuned guitar combining it with shrieking riffs. Also mentionable songs are ‘Drain All Your Colours’ and their awesome rendition of ‘I’m Afraid of Americans’ (original by David Bowie & Trent Reznor)

Conclusion:
Kid Harlequin’s ‘Wired’ is a sublime and fantastic debut album. The band delivered some outstanding professional work, seldom seen from Dutch alternative rock bands. Kid Harlequin does not pigeon-hole and make use of many different styles, though they still make the overall album sound as one. If they can keep their creativity like this going, they might have a potential to reach a bigger and broader audiences.