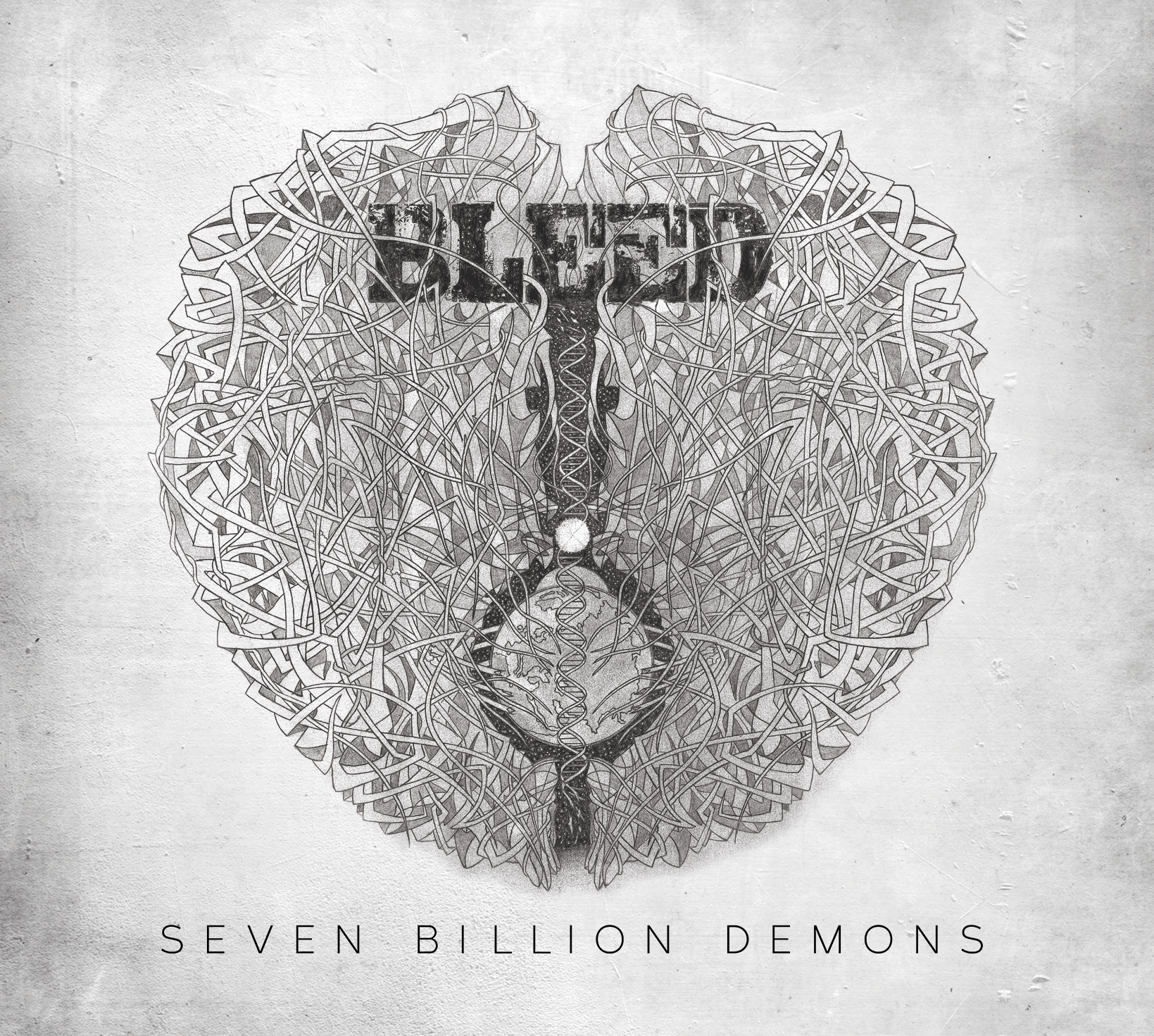 Two weeks ago Pitkings received the brand new album ‘Seven Billion Demons’ from Dutch trash metal bandBLEED. In 2009 they released their promo cd and it became quiet around the band. With an album mastered by Jochem Jacobs, ex-Textures, they’re back and better than ever.

Alternation in tempo, a lot of guitars and a steady drum
The first song of the album is Seven Billion Demons. This song starts with a very long trashmetal intro. Chorus and verse alternate each other very good. At the end the song is more hardcore. Grunts, guitars and drums come together very well in this song. The second song, No Hope Without Suffering, is very different from the first one. It’s a lot harder, with more drums and more low grunts. In the song there’s an instrumental break. In that break you can hear the professional guitar play. The 4th song is Tear It Down. Unlike the other songs, this song starts with a man who speaks. It makes the song unique. This is the most hardcore song of the whole album. The 6th song, C’est Les Autres, is a more up tempo song. The guitars and drums are a lot faster than the other songs. It’s a good variety on the album. Moment Of Silence is the 9th song of the album. With the intro you think it’s an up tempo song, but when you listen more carefully the verses aren’t that fast. There’s a good alternation between fast and slow, which makes the song fun listening to. This song makes you ready to listen to The Urge, the 10th song of the album. This is a slower song. The last song on the album is Pray For Me. It’s a good song to end the album with. Pray For Me shows the true sound of Bleed: alternation in tempo, a lot of guitars and a steady drum.