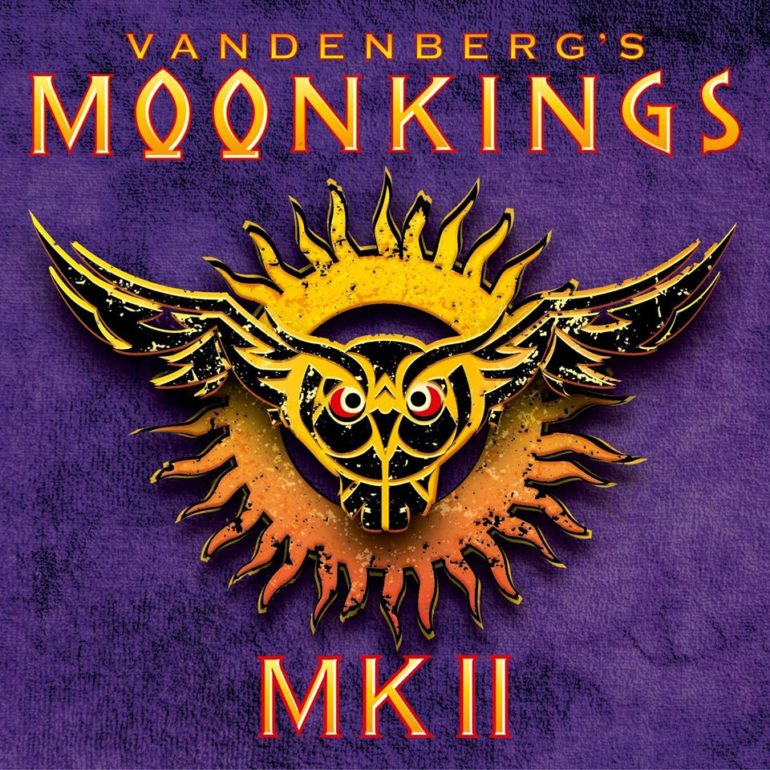 In 2013 Adrian Vandenberg formed a new (hard)rock band called Vandenberg’s MoonKings and recorded their first album ‘MoonKings’ in 2014. The Dutch hardrock guitar player is best known for his tenure as one of the guitarists in Whitesnake during their successful late 1980s period and also the band Vandenberg which he started in 1981. In September 2017 he released the second album with his Moonkings, called ‘MK II’.

Before I start listening to the album, I realize it actually won’t be a big surprise what to expect. The question basically is: how good and divers is it this time? A well balanced mix of rock, hardrock and classical rock executed by two youngsters and the two older guys. It’s fresh, catchy, in some ways progressive and with a decent layer of old school classic rock.

And what about the diversity of the songs? Well, from faster tracks to slow ballads and everything in between. Not a boring moment at all. ‘Reputation’ is an uptempo groovy rock song and ‘The Fire’ is a typical classic heavy rock song, highly influenced by bands like AC/DC and of course Whitesnake. It starts like a ballad and works towards a heavy climax. ‘What Doesn’t Kill You’ is actually a ballad. A very catchy ballad! With orchestral instruments it’s a potential hitsong in the style of Vandenberg’s ‘Burning Heart’.

The songs are executed very well, both the mixing and recording. The composition of the songs is packed with surprising elements like catchy riffs and of course delicious solos. There’s not an overload of Adrian Vandenberg on this album, but he’s just part of the total package. A very good choice in my opinion, otherwise it could become a typical guitar album. To be short, the Moonkings created another serious album with seventies hard rock and current styles of heavy rock. Nothing new, just damn good.