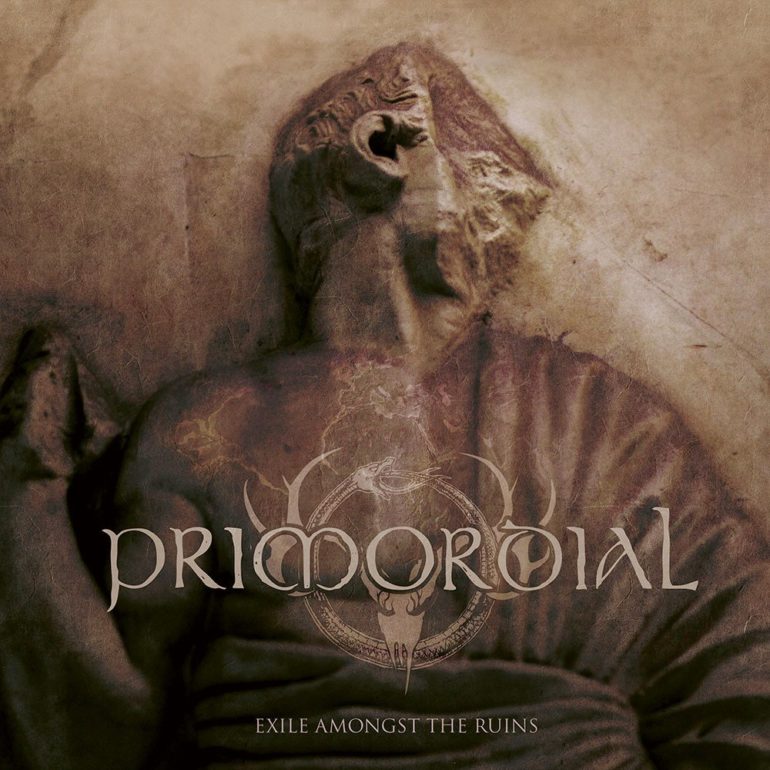 The legend of Primordial lives on and on. The metal band blends black metal and doom metal with Celtic music and was formed in 1987 by Pól MacAmhlaigh (bass) and Ciarán MacUiliam (guitars) in Dublin, Ireland. Their album ‘Exile Amongst The Ruins’ is studio album number nine and is released on March 30th, 2018 by Metal Blade Records.

I was very excited by hearing the pre-released tracks of this new Primordial record. I expected a decent record, and for the die hard Primordial fan, this record is exactly that. Personally I hoped for a little more, but Primordial really sticks to their way of writing their songs and album. As on the previous releases, Primordial mixes Celtic influences into quite slow pace, heavy long riffed tracks. Besides the Celtic influence, I also sense the feeling of for example older Satyricon, and Nemesis Divina, but then without the blast parts.

Primordial – Exile Amongst the Ruins

The vocals are mixed in clean voice, heavy vocals and at occasions hitting a slight sniff of black metal vocals. The vocals throughout the record are dark, melancholic, sad and at times hysterical. The better tracks in my opinion are ‘Nail Their Tongues’, ‘To Hell or the Hangman’ and the title track ‘Exile Amongst the Ruins’. All in all a record that suits the die hard Primordial fan, personally I hoped for more variation.