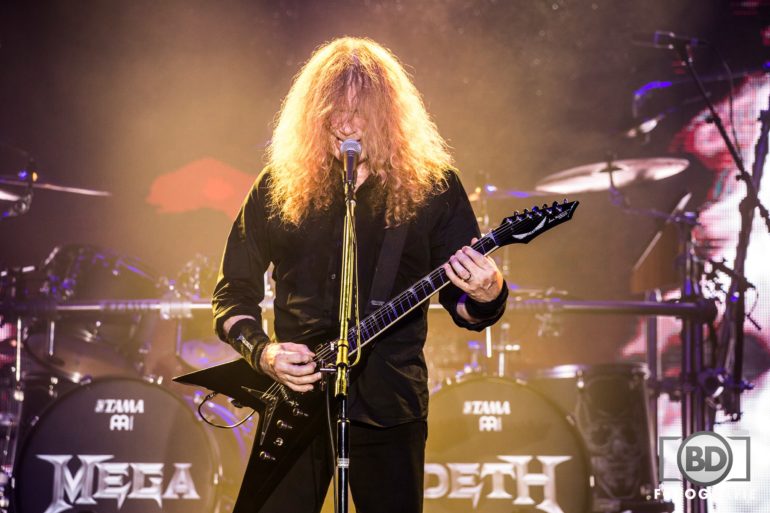 August 5, 2017 | Veenhoop Festival, De Veenhoop – The Dutch rock band Normaal headlined the Veenhoop Festival for a stunning 39 years, but in 2015 the band decided to quit. The organization had the tough job to search for a new headliner. Last year they came up with Within Temptation and this year with the legendary American thrash metal band Megadeth. You have to know that people are not visiting the festival mainly for the music, but for drinking beer, pulling each others shirts off and throwing beer in the air. A large tent with approximately 2000 people is the place where it all happens. Outside the tent is also a small stage, a bar and some food trucks. Just cozy! Pictures: Berend Drent

Paceshifters (NL)
At 9:30 PM it’s time for the Dutch rock band Paceshifters at the mainstage. I’ve seen Paceshifters a few times before, but the last one was already 4 years ago. What I remembered were three energetic youngsters, but tonight I am surprised: the grew older! Of course they did, but I mean with their music, stage performance and sound. The band is now a serious and adult rock band and they know what to do tonight: rock hard! And they do. The sound is loud, it’s fast and the put all their energy into the show. Unfortunately the crowd is busy with other things like pulling each other’s shirt off and throwing beer around in the air, so they don’t pay much attention to the band. That’s also the reason why the organization build a barrier 20 meters away from the stage. They created a ‘non-drinking area’ in front of the stage to ensure that people don’t throw beer into the direction of the bands. During the show of Paceshifters not a lot of people are in this area, but the band doesn’t seem to care. They rock hard and deliver a solid show to all the visitors. Nice to see how these youngsters become a serious rock band! 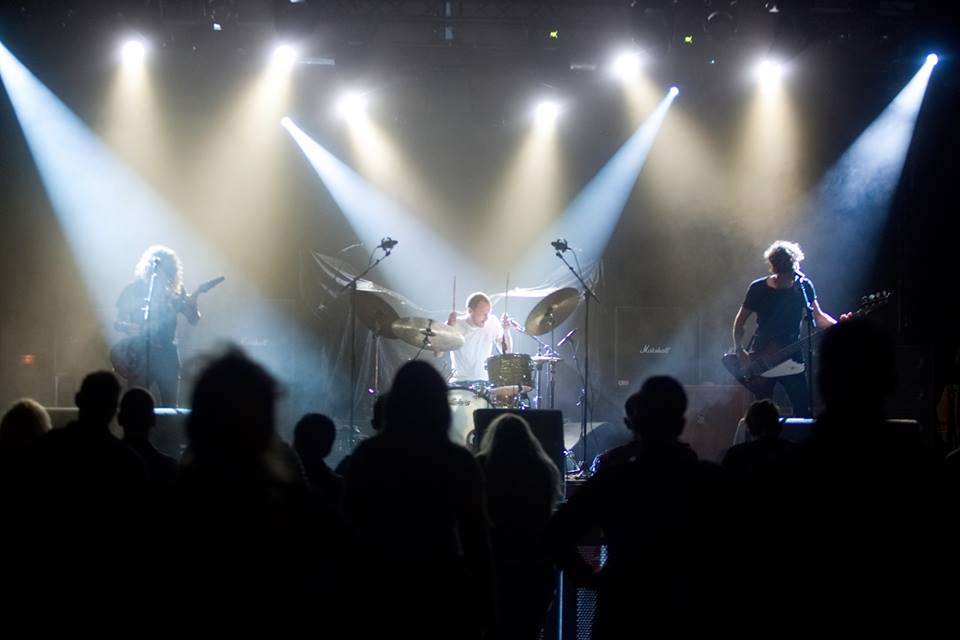 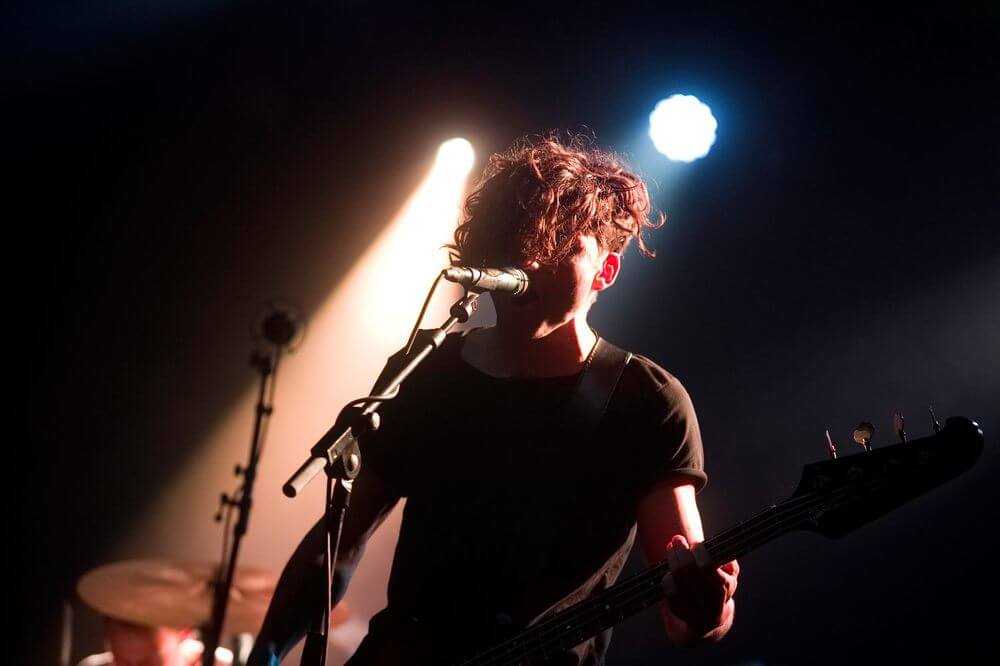 Paramatman (NL)
Just a hand full of people and myself witnessed Paramatman on the small stage outside the main stage around 10:30 PM. Musically these two guys come up with a serious mix of pumping stoner rock and raw grunge music. Just guitar/vocals and a drummer are blowing your socks off. The guys did a good job, but they didn’t have the chance to do it for a big crowd. It’s pity to see the empty field, so hopefully the organization can find a solution next year to let more people visit this stage. 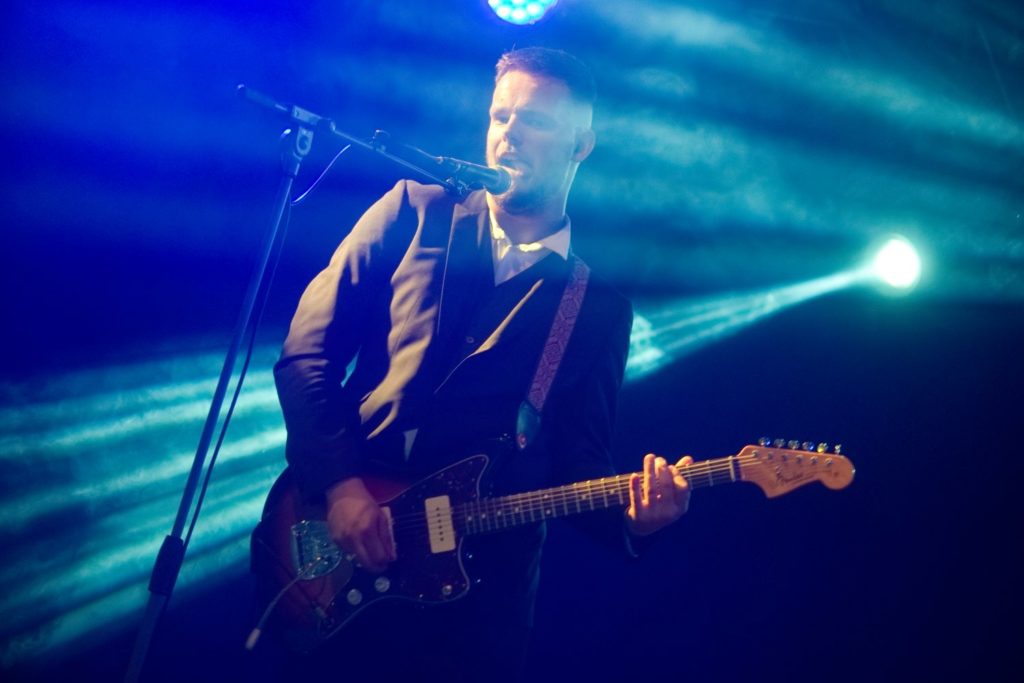 Megadeth (USA)
When Megadeth is ready to start at 11:15 PM, the ‘non-drinking area’ in front of the stage is almost empty. The audience is still busy with other things and apparently not visiting the Veenhoop Festival to see this legendary thrash metal band. So, I’m almost having my private Megadeth-concert when they kick off with the tape-intro ‘Prince of Darkness’ and the first song Hangar 18. It’s awesome to see this band on such a small stage in front of you! The sound is full, warm and very good so to say. After the first song some more people enter the ‘non-drinking area’ and the first pit starts during the song ‘She-Wolf’. The band is playing like an oiled machine and especially guitar player Kiko Loureiro and bass player David Ellefson are smiling a lot and are interacting with the audience constantly. It looks like Dave Mustaine (including his James Hetfield nineties look-a-like mustache) has no idea in which places he arrived, but he’s enjoying his time on stage. The setlist of this evening is just great, with a nice mix of old and new stuff. Highlights for me are ‘Mechanix’, ‘She-Wolf’, ‘Tornado of Souls’ and with ‘Holy Wars… The Punishment Due’ they end their show in style. No encore, but just 12 great Megadeth songs have been served to the audience. I will remember this concert as a very memorable one, because of the whole atmosphere and location. It will be a tough job for the organisation to come up with another great headliner next year, but hopefully they succeed! 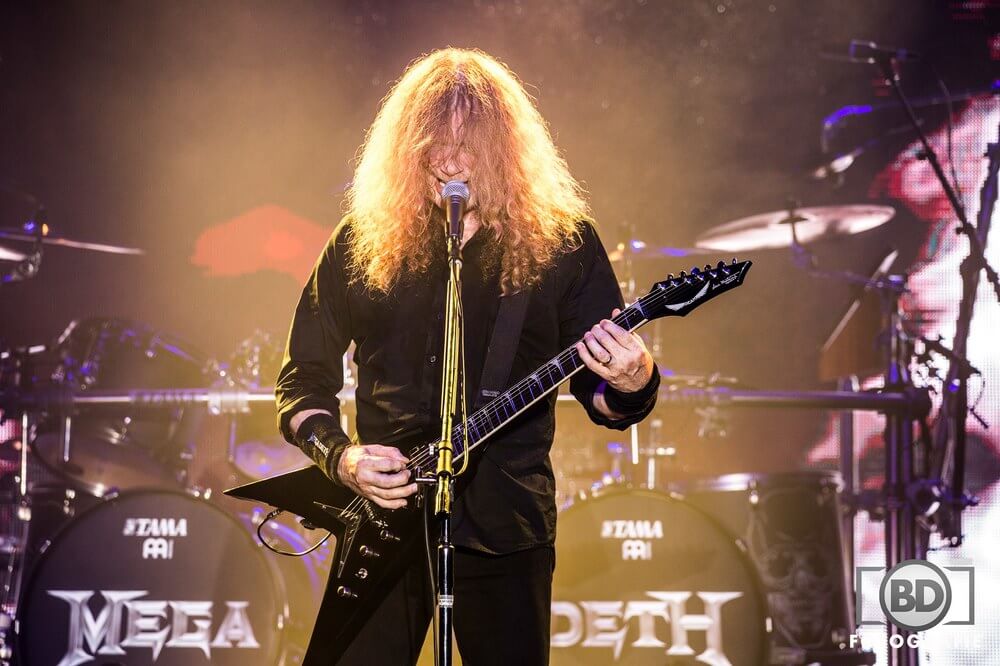 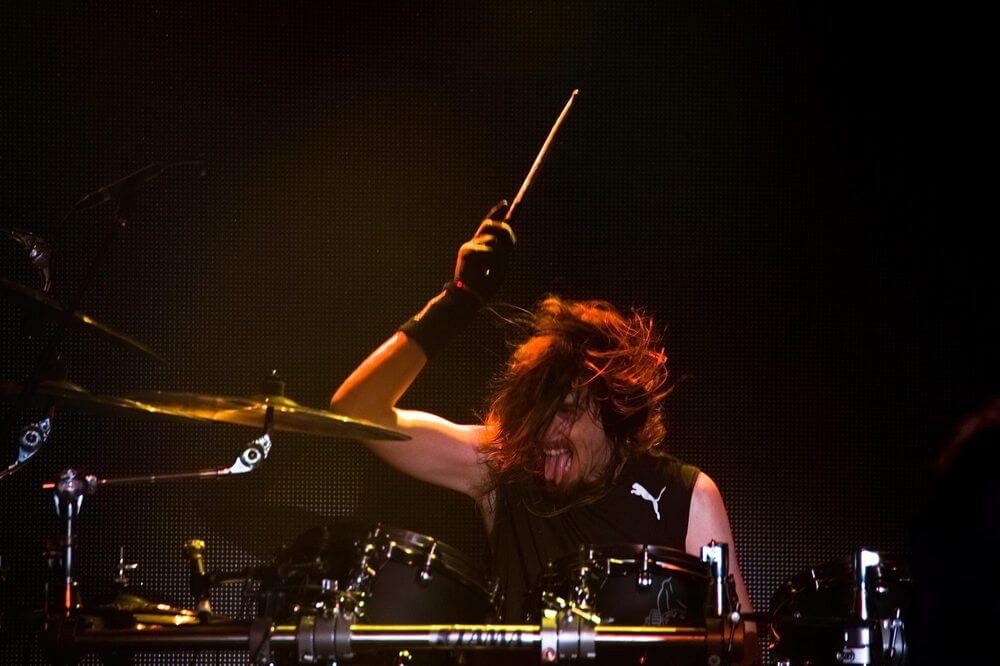 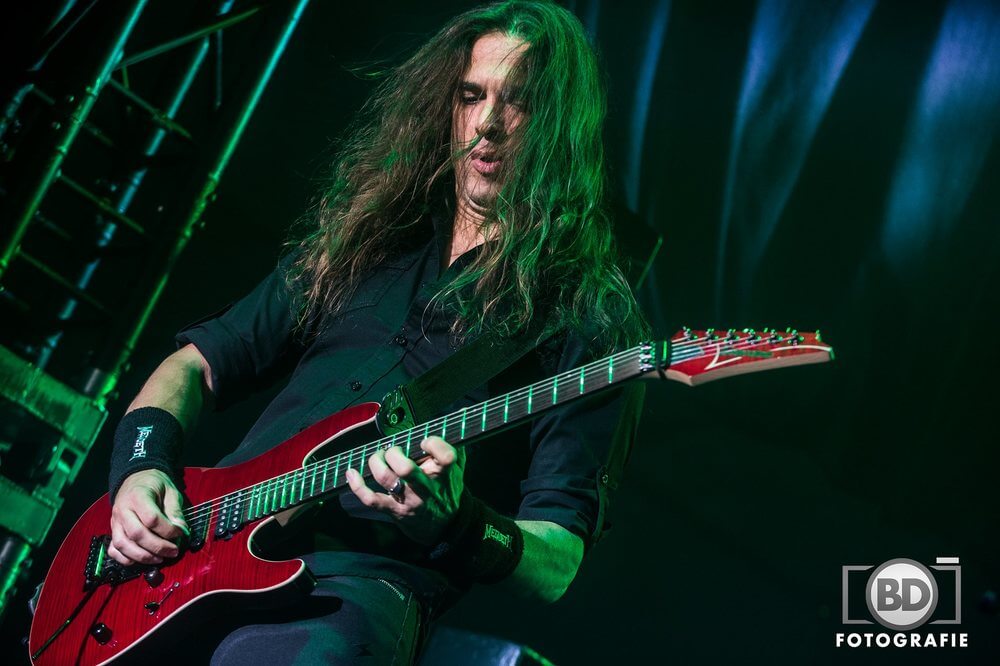 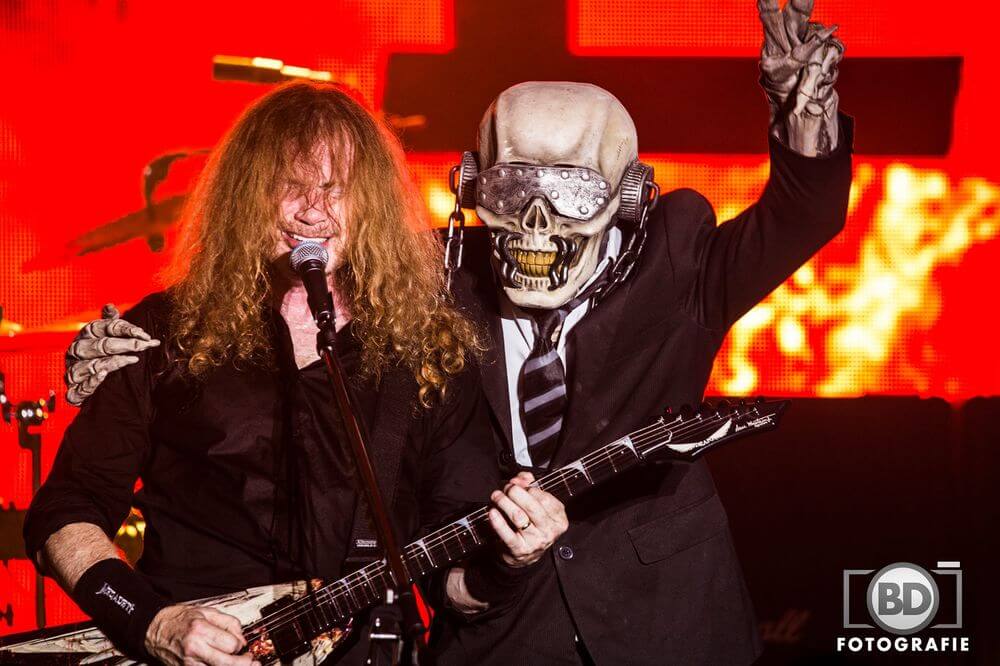 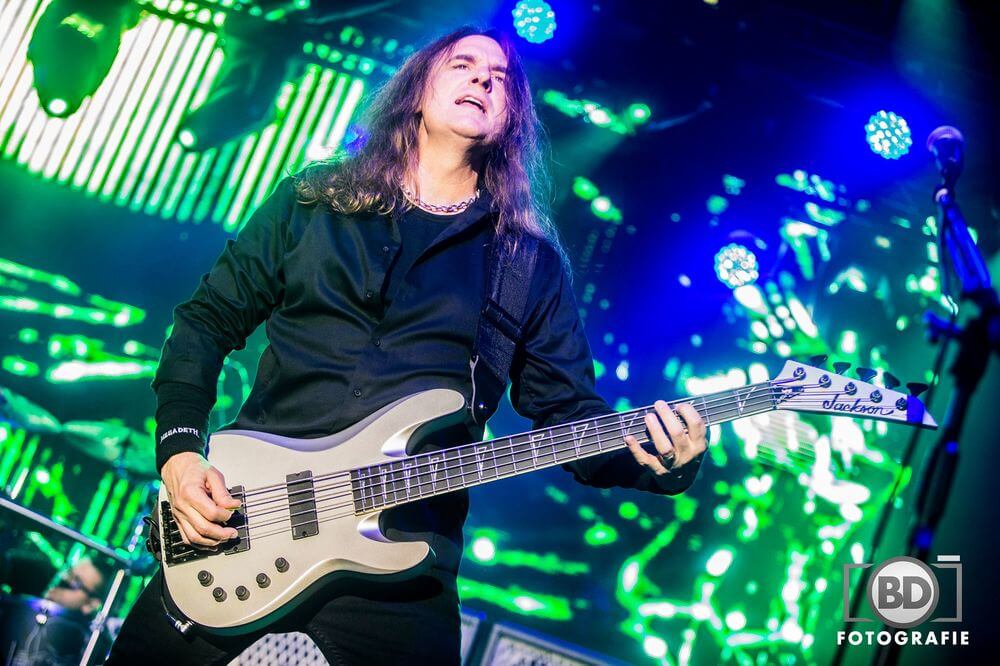 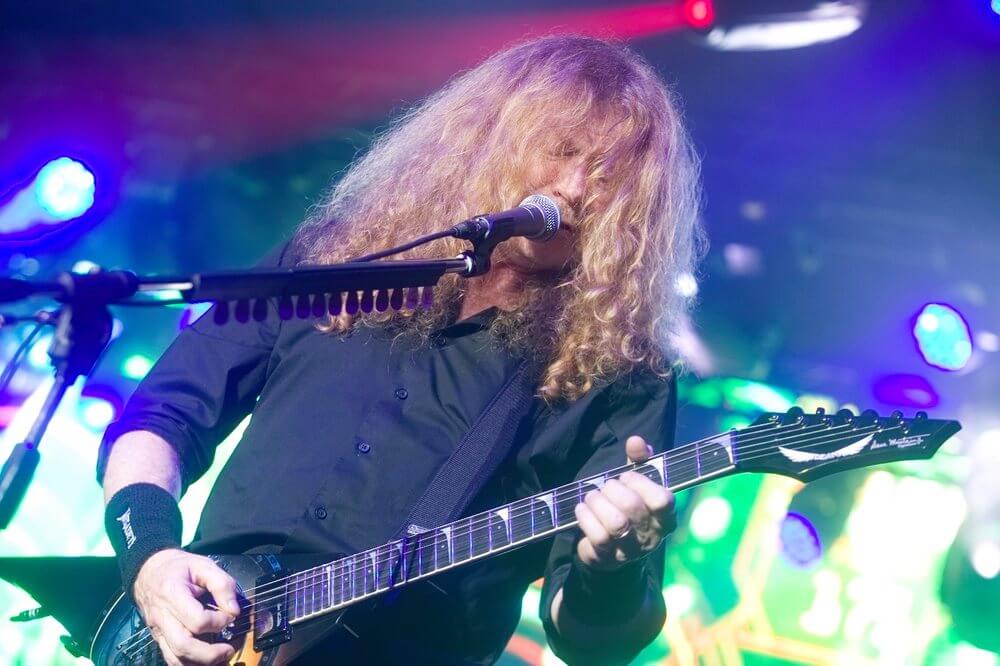