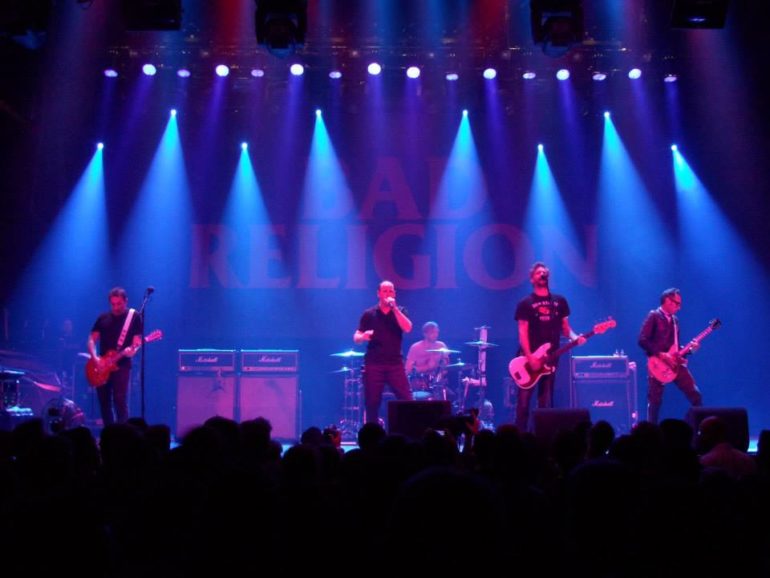 June 4, 2013 | Melkweg, Amsterdam – At a sunny Tuesday evening in Amsterdam, there is more to do than hanging around at the terrace and drinking beer. What about drinking a beer at 7:30 pm at the Melkweg in Amsterdam and watch two great punkrock bands? The Dutch punk band The Minority and the legendary Bad Religion are ready for action!

The Minority
First playing band is the Dutch punk band The Minority. These 4 guys released one album called ‘Send in the Troops’, and have played a lot of shows last years. It’s early when they play, but the crowd is very enthusiastic. The Minority plays fast punkrock songs with a lot of catchy melodic tunes. At some moments it sounds like Heideroosjes and sometime the typical tunes of Iron Maiden can be heard. A nice mix for the audiences who like both genres. The Minority is a plays with a lot of energy and that makes it a very nice support act of Bad Religion.

Bad Religion
At 8:30 starts Bad Religion. What can I say? Not a lot of words necessary for them. Excellent! Just excellent! They play a ‘best of’ show with a view songs of their new album ‘True North’. Up tempo, catchy punk songs and for me still the best punk band in the world as they are still going strong after 30 years.