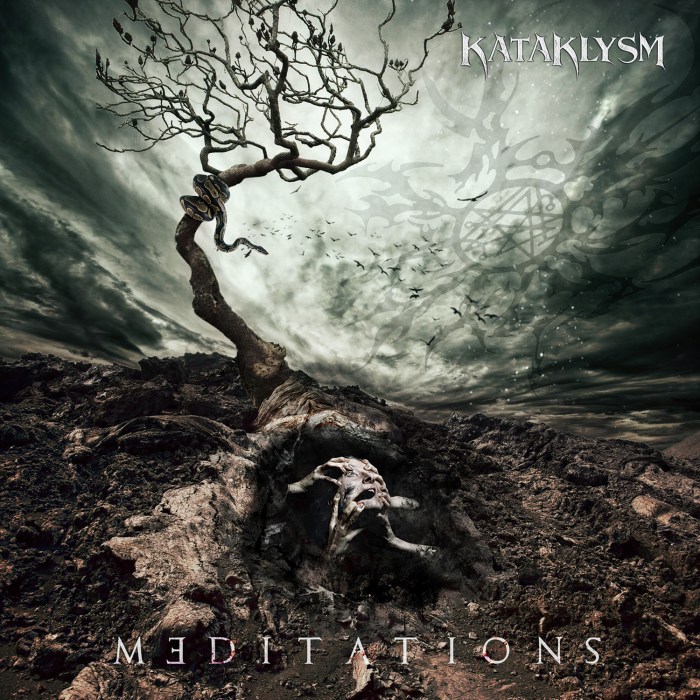 Three years after “Of Ghosts And Gods”, the masters of the self invented ‘Northern Hyperblast’ Kataklysm are back on battlestations with “Meditations”. The Canadian death metal veterans celebrated their 25th anniversary in 2016, but are still going strong.

This 9 track record starts off furiously and very powerful, for my feel with “Outsider” as the best track of the record. After the strong first part, it feels like the grip Kataklysm got on me in the first part, starts to loosen up a bit. Instead of brutal power, I hear more switching sounds and pace. Though it keeps me listening, but I am not as pinned to the speakers as in the first part.

Never the less, a solid and good record, surely for their die hard fans. And an dooropener for new fans as well, sure for the ones who like power blasting drums, strong fat riffing and aggressive vocals.