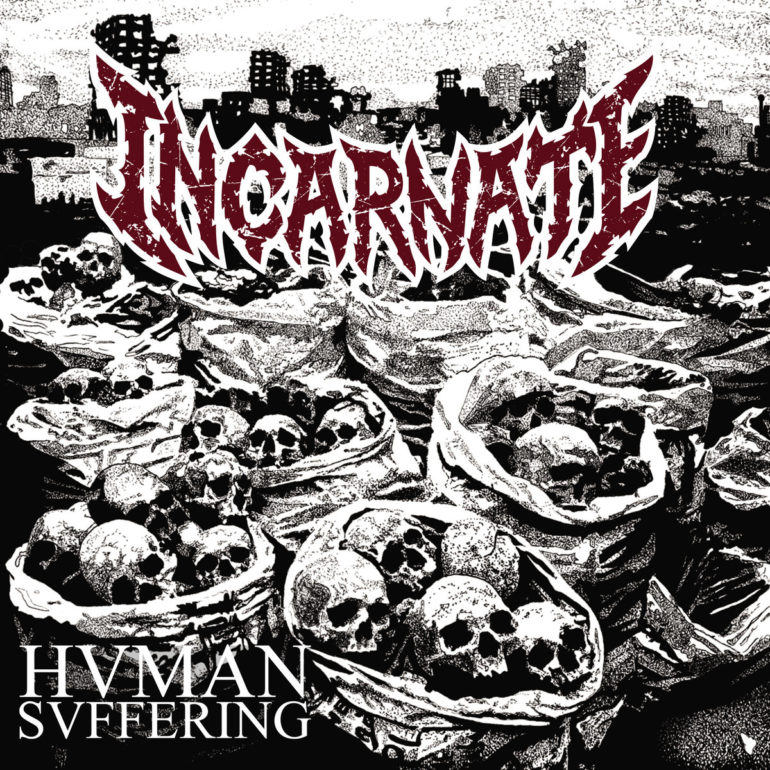 The Dutch death/thrash/metalcore band Incarnate was founded in the early fall of 2003 and they already released three studio albums and appeared on several split albums. They did support shows for Nile, Exodus, Pro-Pain, Gorefest, Malevolent Creation and Merauder. It’s clear this band already did a good job and it’s getting better with the release of their latest 4-track EP ‘Hvman Svffering’ in October, 2016.

From the first minute till the last second, this album blows you away with up tempo riffs, melodic slow parts and great solos. A perfect combination of stomping groovy death metal and vocals that come straight out of the grave. It’s a kind of technical death metal with a lot of variety and surprises in every song. I don’t know if this is a good or bad thing to say, but I have to make the comparison with Obituary. The vocals and groove are quit the same. Especially the fourth song and the bridge with the solos is great and an excellent example of Obituary meets Exodus. Mosh it up!

The only weak point I can mention is the fact that the sound and mixing could be done better. The guitars sound perfect, but the drums and vocals sound a bit cheap and flat. And of course it’s pity that this EP only contains four songs! For lovers of Obituary and Exodus, this album is just a must have. Basic, uncluttered and clear death metal. Mosh it up!