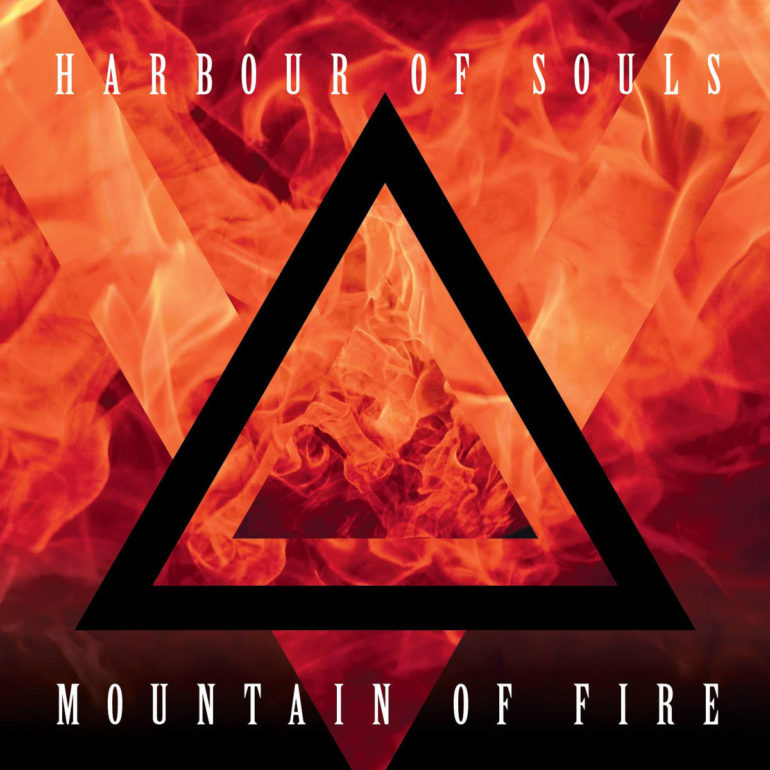 Harbour of Souls released their first EP called ‘Mountain of Fire’ on August 7, 2015. A 4-track EP with some nice artwork and released without any record label. They describe themselves as “five beer drinkin’ guys from Goes (NL) who are combining 70’s hard rock and 80’s heavy metal”. Sounds interesting to me. Let’s find out what this EP is all about!

Mountain Of Fire: some work to do
In May 2015 the band headed to the ‘The Void Studio’ in Eindhoven with producer Pieter Kloos to record this first EP. Musically Harbour of Souls can be described as a band that combines the groove of classic hard rock and the rawness and aggression of heavy metal. The sound can be described as a mix of Black Sabbath, Thin Lizzy and Deep Purple.

The bad news is that I have to start with some critical points after listening to this album. But the good news is that I end up with positive words. When I finished listening to the four songs, I had the feeling that I listed to one song, because it’s all little bit the same. It’s quite flat and I think it misses a climax in the songs. A moment of explosion. For example the title song ‘Mountain Of Fire’. I am not sure, but I think the sentence ‘Mountain Of Fire’ is repeated like 666 times… It has not enough exciting elements in the songs. Then the vocals. Especially in the songs ‘ In for the Night’ and ‘Safe’, the vocals are to simplistic and hollow and don’t have that deep going expressions. To be honest, it’s almost out of tune… Not really pretty to listen to. Maybe some effects and a bottle of Jack Daniels would make it better?

Of course their are also positive points! To begin with the sound and the heaviness of the music. Just like they promised: groovy classic hard rock and heavy metal aggression. Especially the guitars on this album are from high quality. Good riffs and amazing solo’s! Very pretty to listen to and the absolute winner on this album. Also the foundation of the songs is quite good, they only have to work on the details when they would like to record a full length album. On the other side, the music and the band are in my opinion a real live act. Beer drinking, aggressive, no-nonsense, heavy music.