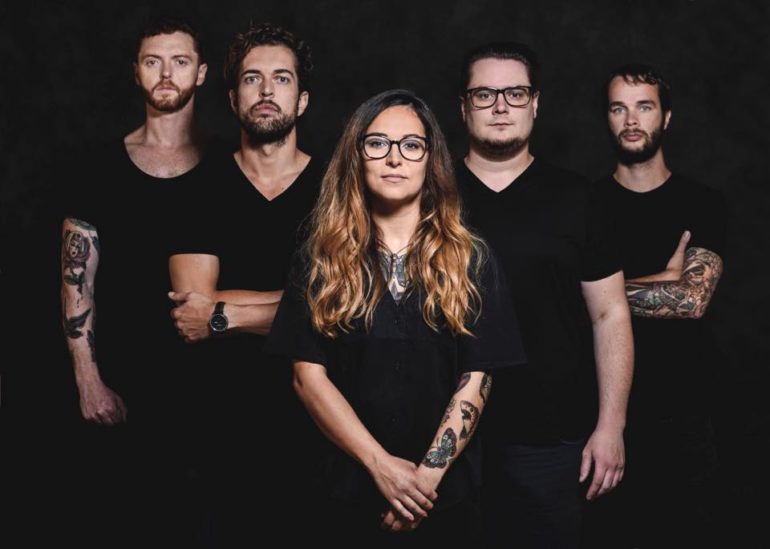 The Dutch metal band For I Am King is back with the single and video for the song ‘Prey’. The band gives a glimpse on their brand new sound and the material the band is currently working on.

Vocalist Alma Alizadeh shares the inspiration and motivation behind ‘Prey’: “The song is meant as an indictment of trophy hunters. Killing animals purely for fun should not be seen as entertainment or be acceptable. Especially when endangered species are involved. Instead, we think it is cowardice and inhuman. We wanted to translate the aggression and anger we feel into music. Therefore, this became one of the most aggressive songs we’ve ever written, but we still wanted to keep the melodies flowing. Mainly meant as a silver lining and a reminder that most people feel the way we do about trophy hunting.”

After the release of their debut album ‘Daemons’ in 2016 on Redfield Records, For I Am King have played an impressive number of shows as headliner, as tour support for Bands like Any Given Day, VUUR and No Turning Back and festivals like the Metal Days in Slovenia and Jera On Air in The Netherlands. But the band hasn’t just toured the European continent extensively, in the end of 2017 it also played a tour in Asia with shows in China and Japan. In 2018 the quintet from Amsterdam hasn’t slowed down a bit and the festival summer will kick off with the Amsterdam Metalfest and include absolute highlights like FortaRock 2018 and the 25th edition of the With Full Force Festival.