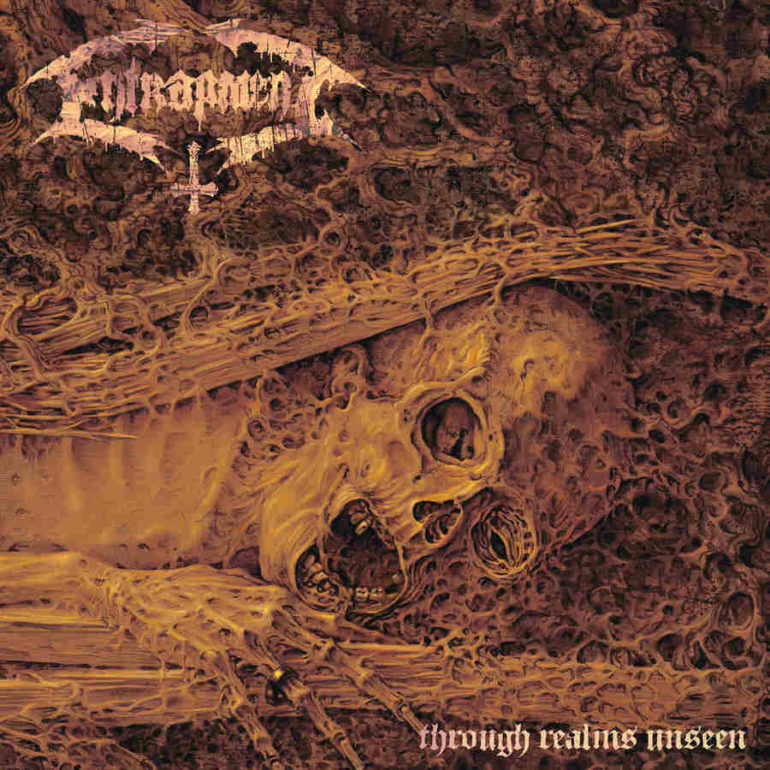 The Dutch death metal band Entrapment is a one-man band founded by multi-instrumentalist Michel Jonker. The band released two albums called ‘The Obscurity Within…’ (2012) and ‘Lamentations of the Flesh’ (2014). On November 25th, 2016 the brand new album ‘Through Realms Unseen’ will be released by Pulverised Records. Except a few guitar solos, Michel played every single note on this album by himself.

The first thing that pops up in my mind when I listen to this album is: what a delicious sound! Warm, full and brutal at the same time. Slow, melodic death metal with doom and even some punk influences. It sounds dirty, but actually it’s quite clean and innocent at the same time. The first three songs are slow and groovy, with typical rotten grave vocals and some briliant solos.

The fourth song ‘Ruination’ is the first fast song. To be honest I wasn’t expecting that one, but it’s a good thing when we talk about variation. Another song I would like to mention is ‘Isolated Condemnation’. A perfect up tempo song. Punky and loose, without any compromises. Just love it. Especially with this catchy solo in between. This third album of Entrapment breaths professionality. Not only the composing of the songs and the use of the instruments, but also the quality of the sound and the artwork. You can hear that Michel only worked with the right people, like JB Van Der Wal (ex-Aborted, ex-Atrocity) who did the recording, mixing and mastering or Marald Van Haasteren (Bolt Thrower, High On Fire, Wolfbrigade) who created the album artwork.

I’m still very surprised that one guy – of course with the help of the right people – can make a killer album like this. Awesome and brilliant at the same time! This album is a must have for every old school death metal fan. Believe me, you won’t be dissapointed at all! I’m glad Entrapment has a full live line-up right now, because I can’t wait to see those guys perform live.