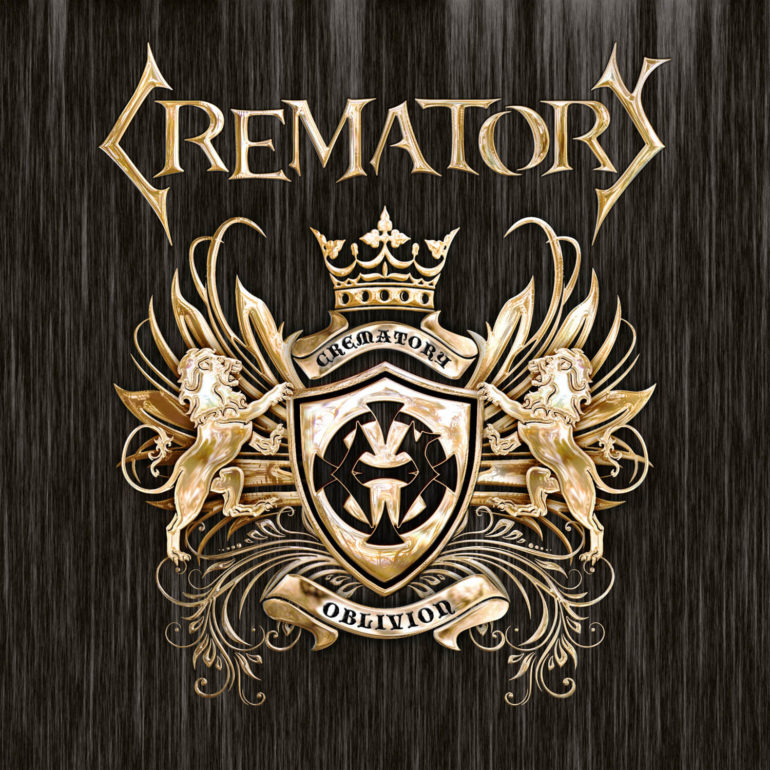 The gothic/heavy metal band Crematory from Germany is back with their new studio album called “Oblivion”, which was released on April 13th, 2018. It’s their fourteenth studio already, what means they stand their ground in the scene. However, it doesn’t seem to be going so well for the band, since there is some controversy surrounding the fact that they are ‘threatening’ their fans for quitting altogether if their fans don’t go to their shows or buy their albums, as you can read on their own website. That is simply not the way to go, if you want people’s respect. It might even bite you in the **s if you’re not carefull…

But enough about this, let’s get to the album. First, there is the intro song called ‘Expectation’ in which they anounce themselves, which is kind of a downer to me. People who buy your albums, know it’s you! This is followed by the single ‘Salvation’. I like this song! The music can be described as modern, melodic, catchy heavy metal, with bombastic symphonic and Gothic elements. This song has also a kind of poppy vibe in it. Pretty soon it sticks in your head and you can sing along with it. The song ‘Ghost in the Past’ has almost the same look and feel as the single, but at the same moment it feels repetitive to me. After these songs I have to come up with the conclusion that the songs are more or less the same. It doesnt’t have any surprises and probably after 5 or 6 songs you are gonna put something else on.

Musically there is nothing wrong with this album and you can hear that the members control their instruments, but it is not enough for me personally. For the fans of Crematory I do think that this album belongs in your collection. And when you buy it, you receive a merchandise voucher of €10. It is availavable in two formats, as Digipak or 2LP, which both has some extras.