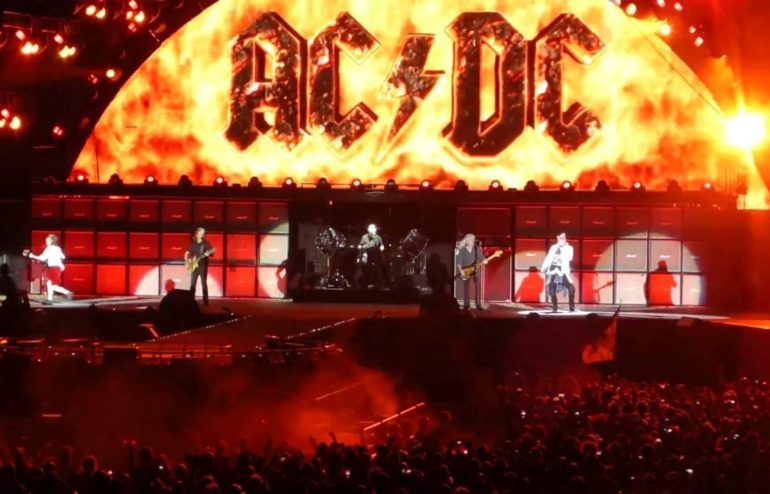 Rumours are rife that AC/DC will be making a new album, this time with Axl Rose taking over the vocals. The legendary Guns ‘N Roses frontman had previously sung for the Australian band two years ago. During their “Rock or Bust” tour in 2016, vocalist Brian Johnson was forced to retire due to hearing loss. The partnership was a hit among fans, with Rose proving more than capable of belting out AC/DC’s classics.

But two years later, the novelty of Rose fronting AC/DC has seemingly subsided, leading fans and pundits alike to ask: Can AC/DC really survive with Axl Rose as frontman? Rose Tattoo singer Angry Anderson, a close friend of AC/DC guitarist Angus Young, is cautiously optimistic that this pairing of two legends will work in the long term, noting that true fans will always support the band regardless of who is fronting them. While he lamented the fact that AC/DC will be going forward with only Angus as the sole remnant of the band’s colourful and successful past, he nonetheless defended the younger Young’s decision to continue on with new members.

“Yes, it’s sad that the original lineup aren’t there anymore, but it’s the songs,” Anderson rued in a lengthy interview. Anderson is spot on when he pointed out that the people who have supported AC/DC all the way through their career “want to hear the songs,” and there are many. The vivacious “Thunderstruck” is one, a rollicking song that showcases the band at their dynamic best. The heavy “Back to Black,” a fitting tribute to deceased former frontman Bon Scott is another. The uncharacteristically placid “The Jack” is a stylistic departure from the trademark AC/DC sound yet regarded as one of the greatest ever songs written about gambling. It is also still wildly entrancing, proof of the band’s understated versatility. The songs “Rock ‘N’ Roll Damnation,” “Given the Dog a Bone,” “Touch Too Much,” “Riff Raff,” and “If You Want Blood (You’ve Got It),” all sung by Rose in the aforementioned Rock or Bust tour, are fan favourites as well.

Given the overwhelmingly positive response of the first AC/DC-Axl Rose union in 2016, the prospects do seem bright for the new-age AC/DC, now composed of Angus, Rose, Chris Slade, and Stevie Young. The sound, after all, remains distinctly AC/DC. Rose, on the other hand, is an icon in his own right (and currently riding a huge wave with GNR), and has always been a fantastic frontman. Besides, he showed once already that he could fill in for Johnson, and he can certainly do it again, this time on a more permanent basis.

Lastly, AC/DC have shown resiliency through the years, enduring adversity at seemingly every turn, including Scott’s untimely passing in 1980, Malcolm Young’s retirement in 2014, and Johnson’s abrupt departure in 2016. The band was even considered yesterday’s news when the 1990s rolled along, only for Angus and company to prove their critics wrong once again with the massively successful The Razor’s Edge.

So, can AC/DC really survive with Axl Rose as frontman? Well, yes, of course!