The Dutch stoner, sludge metal band Komatsu will release their new album ‘Recipe For Murder One’ on September 23th, 2016. This will be the successor of their full lenght debut album ‘Manu Armata’ (2013). I expect a lot of this album, because Nick Oliveri (ex-Queens Of The Stone Age, ex-Kyuss) features on guest vocals!

First of all it’s good to know that this album is recorded at ‘The Void Studio’ in Eindhoven by Pieter “Pidah” Kloos, who also worked together with Motorpsycho, Peter Pan Speedrock, The Devil’s Blood and Death Alley. This guy knows what he’s doing and Komatsu made a good choice by choosing this studio. They created an excellent blend of psychedelic guitars, pumping riffs and raw vocals. Stoner, groove and doom metal is being pumped into your ears just like it should be.

The album contains eleven songs, all in their own style. A nice variety! For example, ‘Recipe For Murder One’ is a doom song with extreme low and slow guitar riffing going on. The production is fat and completely filled with a wall of guitars. The song ‘So What About Billy’ is a refreshing up tempo song with open chords and melodic guitars. ‘Lockdown’ with Nick Oliveri on vocals, is more agressive and packed with groovy riffs. So, a nice variety of different types of metal mixed in one style.

Komatsu made a killer album of ‘Recipe For Murder On’, with a perfect American dirty recording sound. Of course the music of the band reminds me to Karma To Burn, Monster Magnet and QOTSA, but strange enough also to the 90’s supergroup Voodoocult. The same style, same groove and same vocals like Phillip Boa in that period. Just see it as a big compliment! The release party of ‘Recipe For Murder One’ is on September 23th at the Blue Collar Hotel in Eindhoven. I say, be there and buy their album! 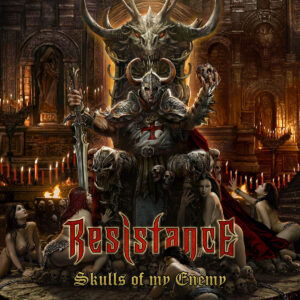 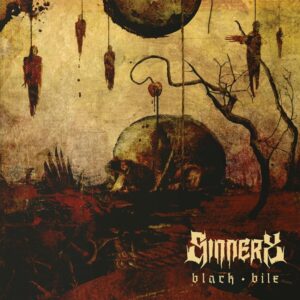