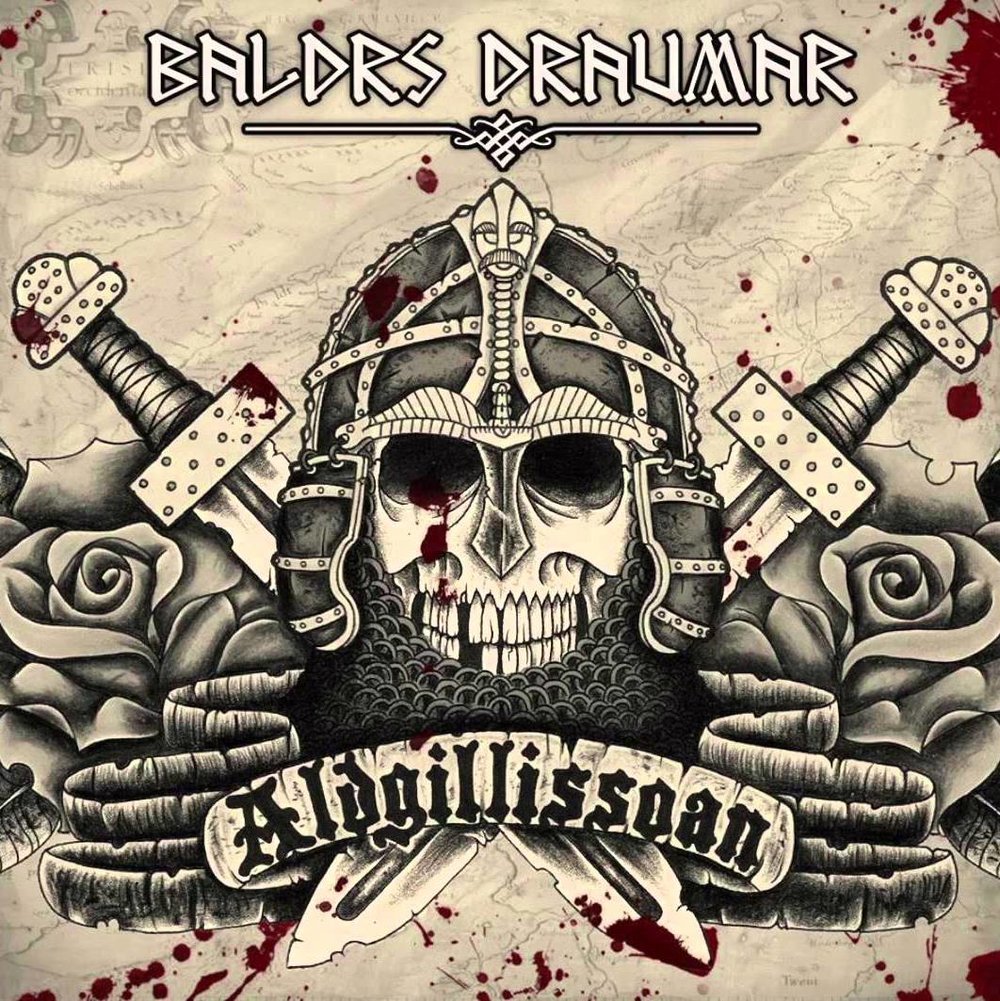 Baldrs Draumar is a Dutch (Frisian) folk metal band which has been raiding the stages since 2009. Saturday the 18th of April 2015 they we will release their newest full-length album ‘Aldgillissoan’. We from PitKings already received the album and Anton wrote a review about it.

Baldrs Draumar: The Frisian Vikings
After releasing their first full-length album “Forfedres Fortellinger” in 2011 the band decided to focus on their own Frisian roots and language. They changed their line-up, performance and musical style slightly to become one of the most brutal folkmetal bands around.

Aldgillissoan: heavy music, but easy listening
The album starts with the spherical intro ‘Iselhiem’. Like a thriller movie is going to start and brings you into the right mood. After that the opening song ‘Koppen Yn ‘e Mist’ smacks into your face. It really reminds me to the Dimmu Borgir song ‘Mourning Palace. The same sound, heavy riffs, vocals and vibe which I really appreciate! There are also some moments of rest during this folk metal violence. The songs ‘Fredou’, ‘Hel As Himmel’ and ‘Hadagrims Fertriet’ are true ballads. Personally I would have skipped this last song, because it’s not adding that extra value to the album.

The sound of the remaining songs (like the video below from ‘In Skym Yn It Tsjuster’) on the album can best be described as a mix of early death metal combined with brass, accordions and other ‘exotic’ instruments. It results in the folk metal music that they play very well, of course in this case with the Frisian language. But that doesn’t disturb for a second.

It’s very heavy music, but the whole album is easy listening in a certain way. There’s happening a lot in the songs and a lot of variety, so there’s no moment of boredom at all. Nice job guys and I can’t wait to see you guys live!