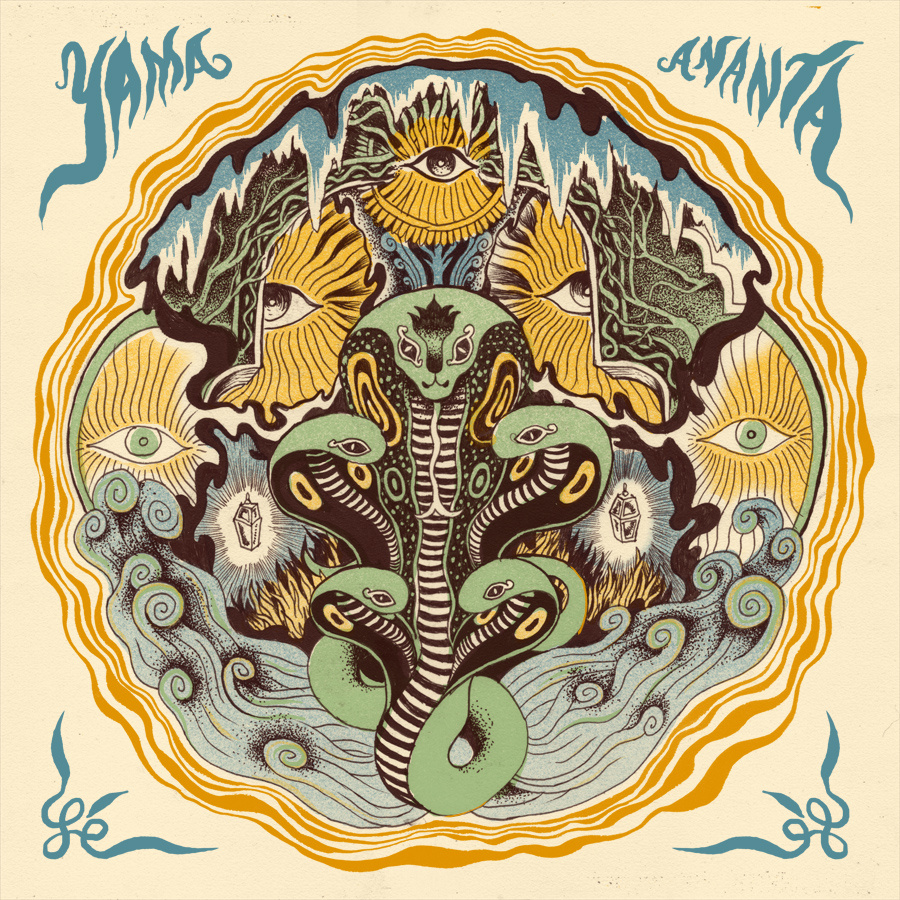 Yama is a heavy stoner band from Tilburg. Yama played at the infamous Dutch Roadburn Festival and shared the stage with bands like Graveyard, Saint Vitus and Uncle Acid & The Deadbeats. The band released their first album ‘Ananta’ and Johan wrote a review about this debut album.

Yama consists of Alex Schenkels on vocals, Sjoerd Albers on guitar, Peter Taverne on bass guitar and Joep Schmitz on drums. The album ‘Ananta’ has many influences from Kyuss and Vista Chino, especially the vocals. This doesn’t neccesarily has to be a bad thing, because you don’t have to re-invent the wheel. Though the similarities the band delivers a variating album where they make use of other genres like grunge and doom. ‘Swordsman of The Crossroad part 1’ makes use of those doom influences, a dragging groove that pulls you in the song. The second part is a great follow-up with a more psychedelic view on the song. ‘Hollow’ is another fine addition on the album. There has been put a lot of thought in this album strong variating rythms, heavy parts and soft parts lead to a awesome sounding debut album.

Songs like ‘Migraine City’ and ‘Ruach Elohim’ go fine on the album as well. ‘Vy’ is the last song on the tracklist on this song Yama does this one acoustic for a change.

Conclusion
Yama delivers a strong and sweet heavy-stoner debut album that strongly variates within the influences from Kyuss. This album is in a way somewhat different then most stoner music. The casual listener is going to find this album enjoyable because where other stoner bands can bore you after 2-3 songs Yama knows to surprise over and over.