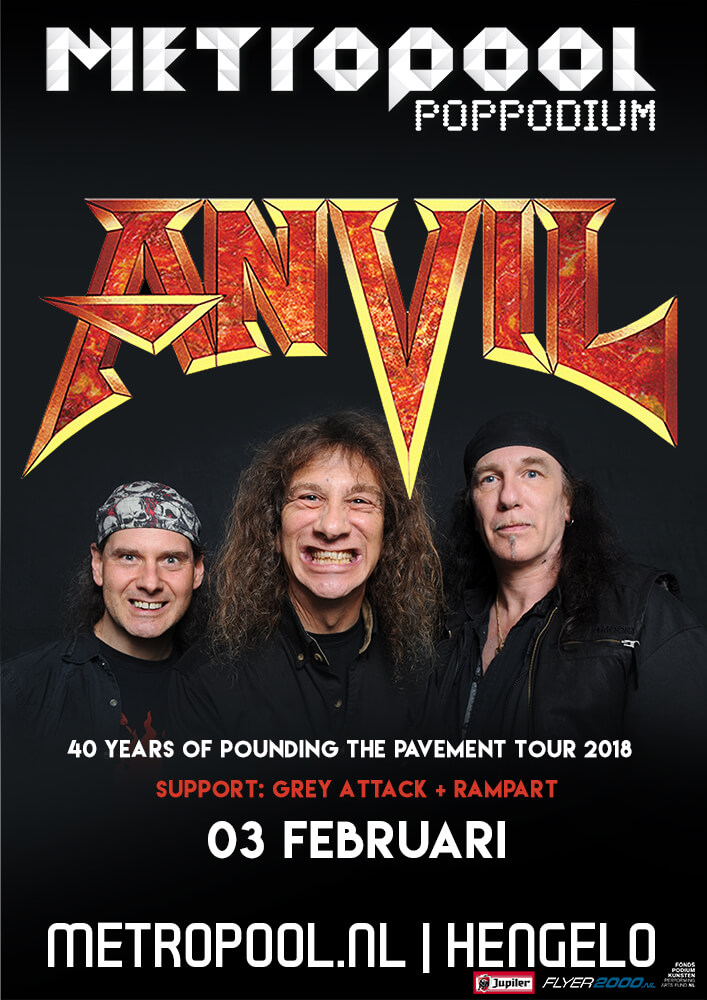 Old school heavy metal in your face! That’s what these guys of Anvil do for almost 40 years in a row! The band consists of Steve “Lips” Kudlow (vocals, guitar), Robb Reiner (drums) and Chris Robertson (bass). In 2008 the documentary “Anvil! The Story of Anvil” was released and gained many positive reviews from major publications. It brought the band renewed recognition, including opening slots with AC/DC and Saxon.

Their seventeenth album “Pounding the Pavement” will be released on January 19, 2018 and on February 3rd the Canadian metalheads will visit Metropool, Hengelo with their “Pounding The Pavement Tour 2018“. And you can join!

Just let us know why you wanna go (before 31-01) . The two winners receive 2 tickets and a free PitKings t-shirt.