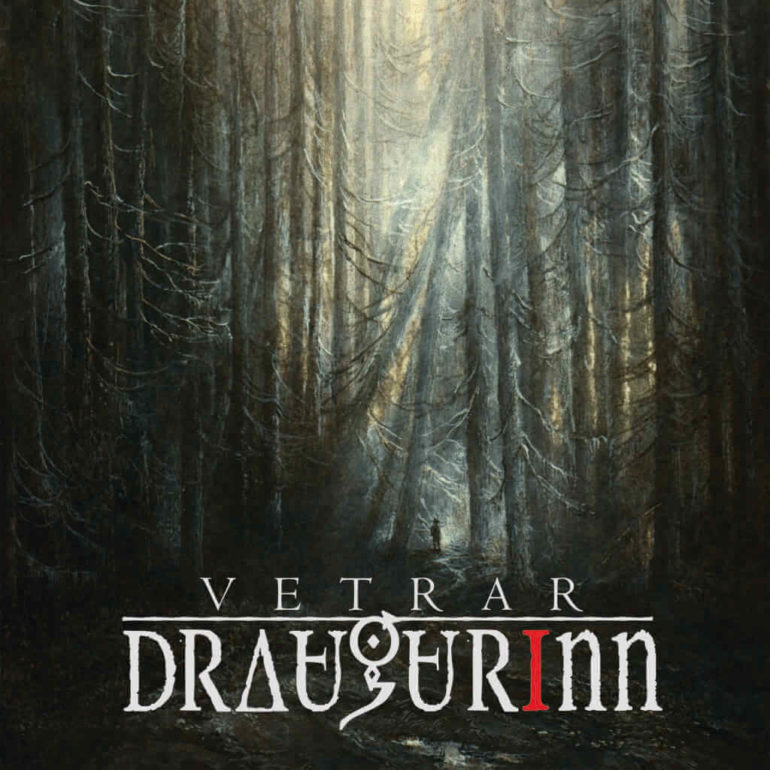 Last year the female fronted symphonic metal band Stream Of Passion announced that they decided to quit. Sad news of course for the fans and guitar player / songwriter Eric Hazebroek. The positive thing is that new things are ready to begin: Vetrar Draugurinn (Icelandic for The Winter Ghosts). Eric started this new female fronted gothic metal band together with Marjan Welman (Autumn, Ayreon), Douwe de Wilde (The Saturnine) and Jim van de Kerkhof (All for Nothing). On March 30th, 2017 they will release their debut EP, which is called ‘I’ (the Roman number 1).

The EP contains 4 gothic metal tracks filled with heavy, down-tuned guitars and melodic solo’s. The songs are quite accessible and for me it sounds the most like Paradise Lost with a female singer. The recording sound of the guitars is pure and warm, which is very nice to listen to. But on the other hand… The sound of the drums is a bit to flat and the sound is in my opinion to clean without any effects. I think it doesn’t fit into the rest of the music, because all the other instruments sound quite melancholic and warm. Also the vocals of Marjan is not the highlight of the EP, because it’s not grabbing me by the balls. It’s to obvious, to careful and to much between the lines, without any surprises. It’s never reaching a climax or a moment of WOW!

That being said, there are of course positive words to tell. To start with the song writing. This is done in a very proper way, because they try to tell you a story and wanna take you on a trip. Also the composition of the songs is of high quality and you can feel that you have to deal with serious musicians with lots of experience. This in combination with the artwork, makes this EP a serious heavy weight in gothic-land. So, my conclusion is that Vetrar Draugurinn made a nice debut to start with, with room for improvement like I said. This band is high potential and it’s for sure they are coming soon with a mature album which will surprise us. So, give it a chance and support them!

Tracklist:
01. Bleak Earth
02. Vigil (for the lost children of our generation)
03. Mother of Northern Skies
04. Solis