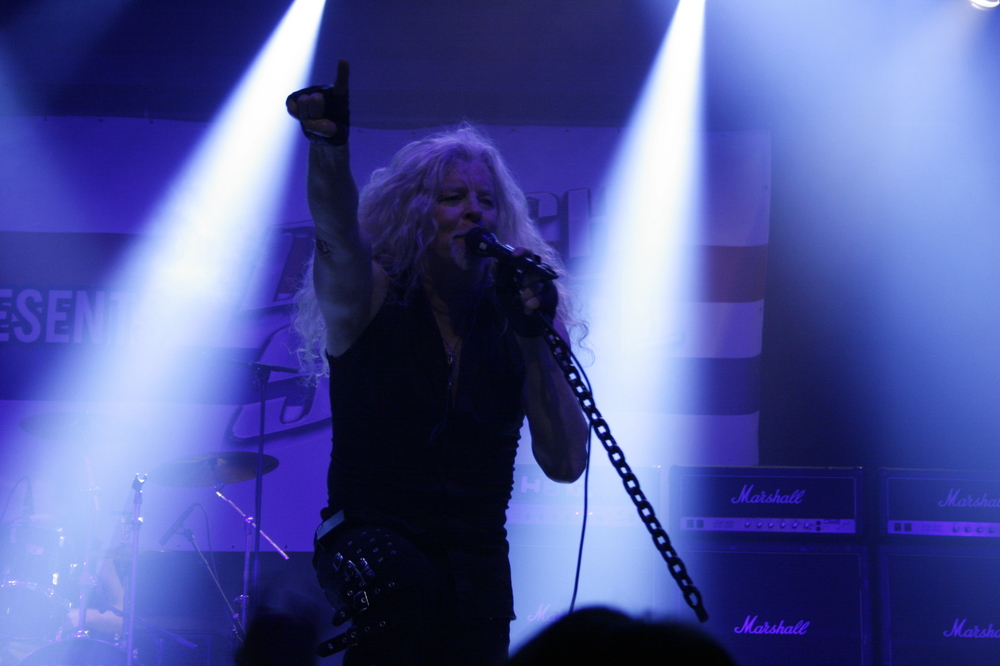 February 22, 2015 | Hedon, Zwolle – Very Eavy presents: The Dutch Steel Festival 2015. Organized to celebrate the release of the new CD ‘Dutch Steel’. Some of the best and legendary 80’s metal bands from the Netherlands are on this record and most of these bands played also during this indoor-festival. Bands like Jurrassic Park, Martyr, Sword/Jewel, Vopo’s, Sad Iron, Picture, Together and much more were part of this classic line-up.

Martyr
Martyr is a melodic speed- and trash metal band that lived shortly in the eighties. The audience started out a bit dull in the beginning but once Martyr got the hang of it, the crowd gone wild. They played ‘ Speed of Samurai’ with a filled-by-fans stage. Everybody was havin’ a good time.

Together
After Martyr there was a long wait because Vortex unfortunately had to cancel, but when Together hit the stage that is forgotten. Once Together starts to play the wait already was forgotten. Together is a glam/NWOBHM band. Together hasn’t lost its way and plays a great show.

Jurassic Park (Frankenstein set)
Jurassic Park is a hard-rock/metal band that started out in the 70s under the name ‘Frankenstein’ with influences and ocassional covers from bands like Black Sabbath and Led Zeppelin. They reached national fame by playing with Motorhead at a festival in Lochem in 1980 that was being aired on tv. Packed with an arsenal of on-stage gear and a front man with a sense of humor, Jurassic Park turn Hedon into a madhouse. Wrecking their guitars and swooshing around with a steam gun they shred through their set.

Picture
Picture is one of the first Dutch Metal bands that got a record deal, over the years they released 7 albums and toured world-wide with bands like AC/DC, Saxon, Rose Tattoo and Ted Nugent. With classic songs like Heavy Metal Ears, Diamond Dreamer, Bombers and Eternal Dark (which later was covered by the swedish band Hammerfall). It was a sensational show and an outstanding performance from the Dutch Heavy Metal legends.

It was an awesome evening with some memorable Dutch metal bands. Myself as a younger metal fan experienced how the metal-scene was back in the 70s and 80s. When heavy metal still was so immense popular.