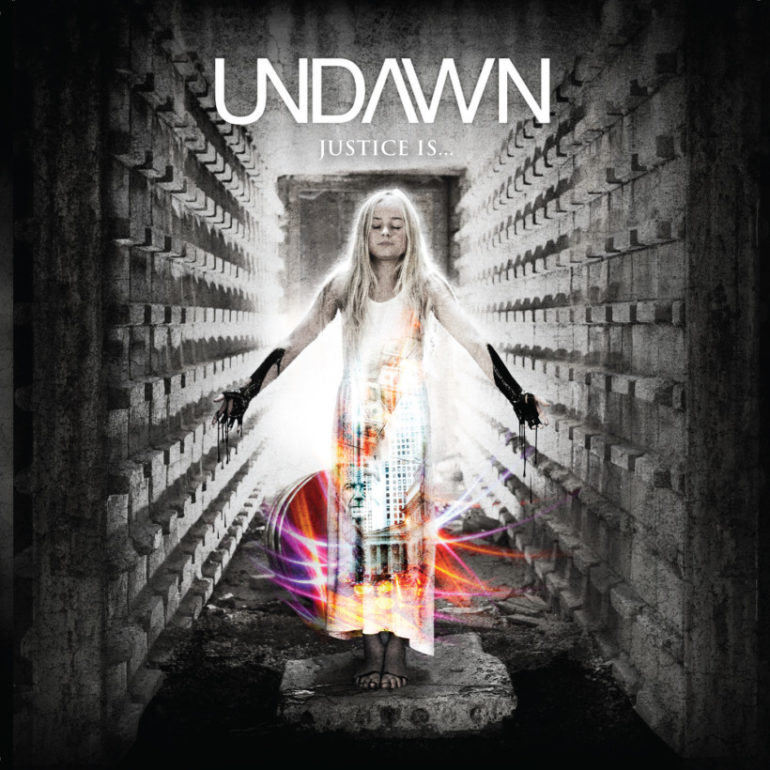 The Dutch melodic metalcore band Undawn released their second album ‘Justice Is…’ in December 2015. After lots of gigs, releasing their debut album ‘Jumpers’ in 2011 and winning the contest ‘Metal Battle 2011’, it’s now time for their next step. My expectations are high, so let’s find out how this new album sounds!

First of all I have to make a confession: I’m not a metalcore fan. Most of the times I don’t like the way of screaming and often it’s to much the same. But in this particular case of Undawn it’s completely different! When I entered the CD in my stereo, I’m totally blown away and surprised! This is amazing! It’s the aggression, the good sounding vocals (no overrated screaming), the melodic tunes and the great solo’s in every song that make this album awesome.

To make some comparisons: the heaviness of Machine Head, the vocals of Trivium, the guitar sound of Iron Maiden, twin solos from Thin Lizzy and sharp solo’s like Judas Priest’s Painkiller. I definitely missed a few, but that were the first bands that came in mind. The songs have all the ingredients, from great riffs to acoustic parts and from slow melodic parts to fast and heavy parts. There are also nice battles between screaming and clean vocals. This results in songs that don’t get bored at all and have their own particular identity.

This will be the first time in the history of PitKings that an album review scores a 10. Just a 10, because I have really no idea what they could do better. I don’t hear a lot of bands that have such a great sound combined with brilliant song writing. The energy, the aggression. It all feels, fits and sounds perfect to me. I can not imagine that there will be another Dutch metalcore band delivering an album with this same high quality. But of course I hope I’m wrong! This band is doing a great job and to be honest, I think that Undawn can force an international breakthrough because of this album.