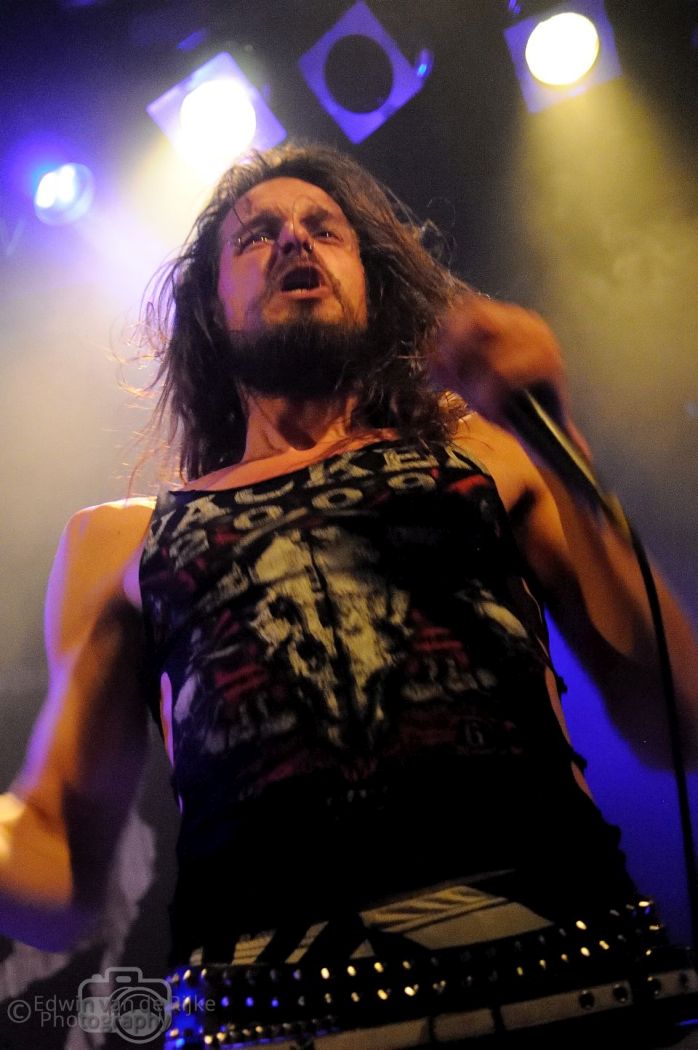 March 19, 2015 | Mezz, Breda – Every month Mezz Breda presents Thrashbangers Night: an evening with a lot of (thrash)metal. This time the Swedish band Sister and the Dutch support-act The Devil’s 3rd (picture) hit the stage. Tessa was there that evening to write a review and the pictures are made by Edwin van de Rijke.

The Devil’s 3rd: a great show to start the evening
The Devil’s 3rd was the first band of the evening. With almost 30 people in the hall, it was one of the quietest Thrashbanger Nights of the year. The whole show was in memoriam of their good friend Hans de Veer, who died a few days earlier. The thrash metal band started with a lot of energy and enthusiasm, which continued throughout the whole show. Singer Frans Wijnen ran on the stage, involved the audience by jumping into the crowd to let them sing along and tried to crowdsurf. Team Wasted was there to support The Devil’s 3rd and sang a part of ‘SOA kut’ live on stage. A great show to start the evening!

Sister: heavy and energetic punk metal
After a break Sister climbed the stage with theatrical music. This music is describable as raw heavy and energetic punk metal, with four men who look kind of mysterious. They’re faces painted white with some black stripes. Their album ‘Disguised Vultures’ came out last year and now they’re touring through Europe to represent their music. This evening the band played new and old songs. In the beginning, the crowd wasn’t screaming and moshing that hard and the band scream ‘fucking pussies’ at them. But after a while, when the band was more energetic, the crowd started. This made the band even better. The evening ended with ‘Please Kill Me’ and I hope know will do that, because I would like to see this band another time!