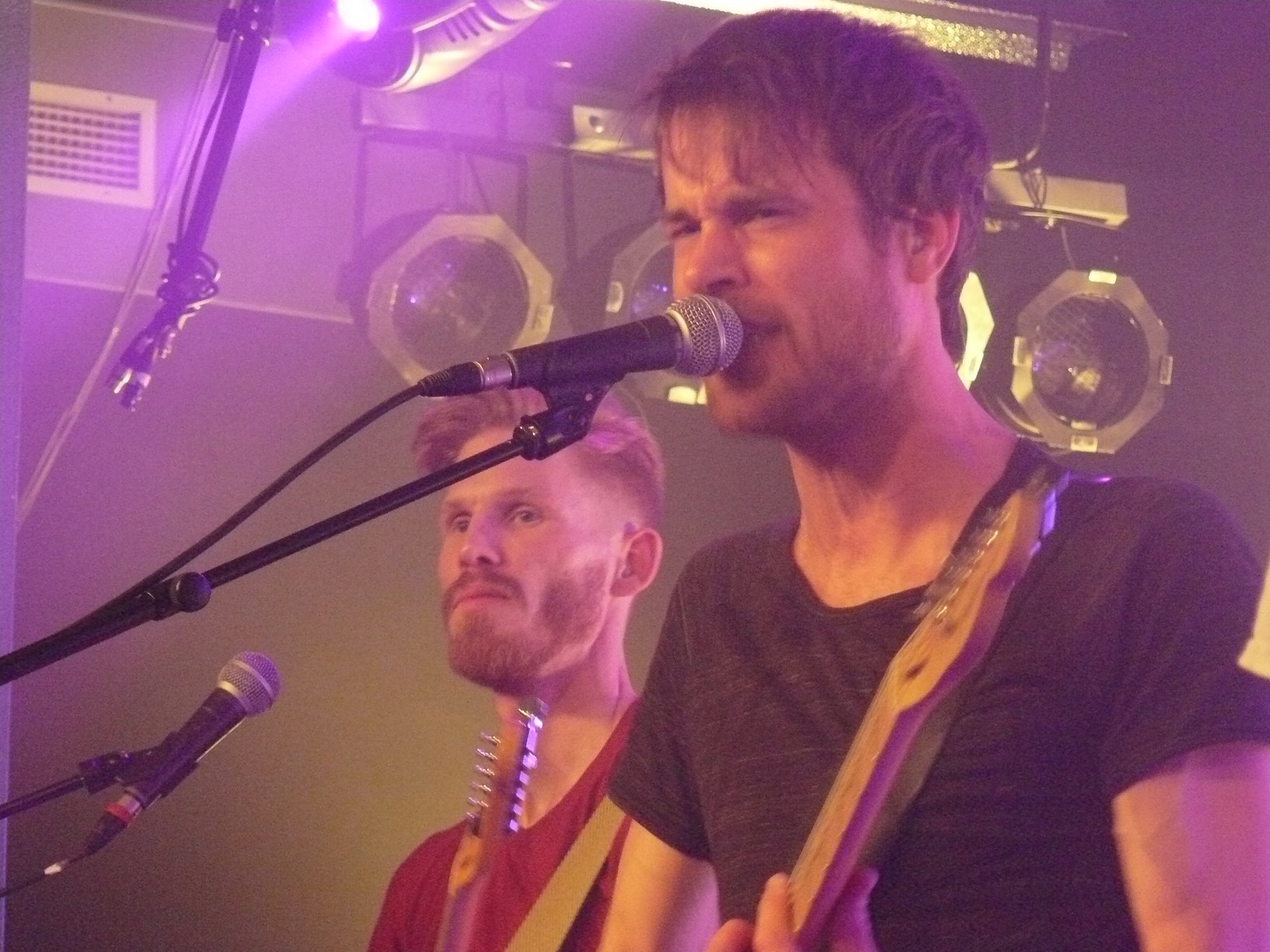 Muziekgieterij, Maastricht, December 13th 2014 – The Mad Trist was taking over the stage at the Muziekgieterij in Maastricht for one last time. With the Belgium support act ‘Stad van Licht’ they’re closing a part of their life: the band decided to quit after 9 years. Tessa went to Maastricht to write a review for Pitkings about the show.

Support act ‘ Stad van Licht’
Stad van Licht, a groovy indie pop band, is the first act who climbs the stage. There aren’t many people yet, but that doesn’t matter to the band. They start with a ballad and the crowd stands dull with a beer watching the stage. After the first song they show us what kind of music they really make: catchy songs. And everyone starts dancing. Even though the music isn’t the same genre as The Mad Trist, it’s a good opener for the evening.

The energy from The Mad Trist
Round half past 10 The Mad Trist kicks off. The crowd welcomes them with a lot of screaming and a round of applause. “This is our last show, so let’s party,” shouts singer Arthur and they start rocking. With every song the crowd screams when they hear the first notes. The fans are dancing and there’s a lot of interaction between the band and the fans. You can see that the band loves to be on the stage. With a big smile on their faces they bring every song with a lot of passion. Because of their energy the crowd has a good evening and is enjoying the show. At the end, everybody gives the band a round of applause. The show was amazing and we’ll never forget this band anymore.