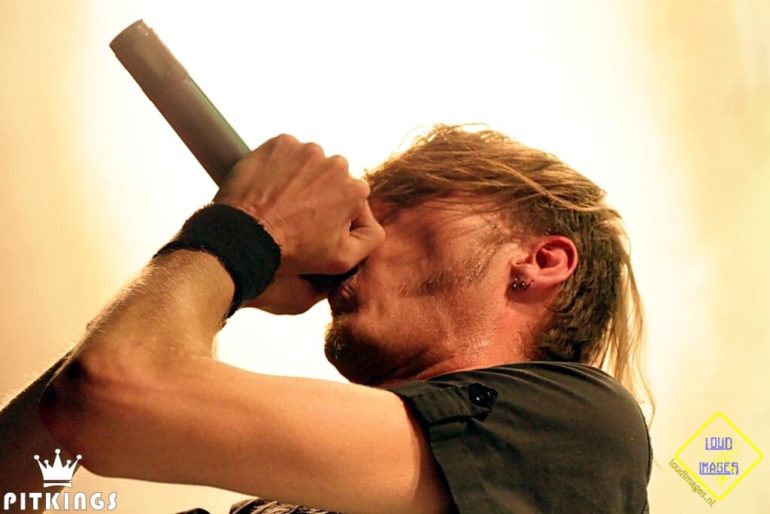 April 22, 2017 | Gigant, Apeldoorn – A little over three weeks after the release of their self released album ‘Play Dead‘, The Dutch death/groove metal band The Lucifer Principle had their formal release gig in their hometown of Apeldoorn. In support of The Lucifer Principle, Bloodphemy and Obese were asked to warm up the crowd.

Bloodphemy (NL)
This band is know for their raw death metal with some catchy riffs. There is not a lot of people in yet, but that doesn’t bother Bloodphemy much. They’re stomping and grunting in their familiar way, but this time with a brand new singer; Olivier van der Kruijf. At Occultfest last year I liked their lethargic songs quite a lot, but I didn’t hear them today. Pity? Neh. The set was kicking hard and the lethargic songs were probably a bit out of tune with the other grooving and stomping bands. The good part is, I have a reason for a next visit to a Bloodphemy concert! 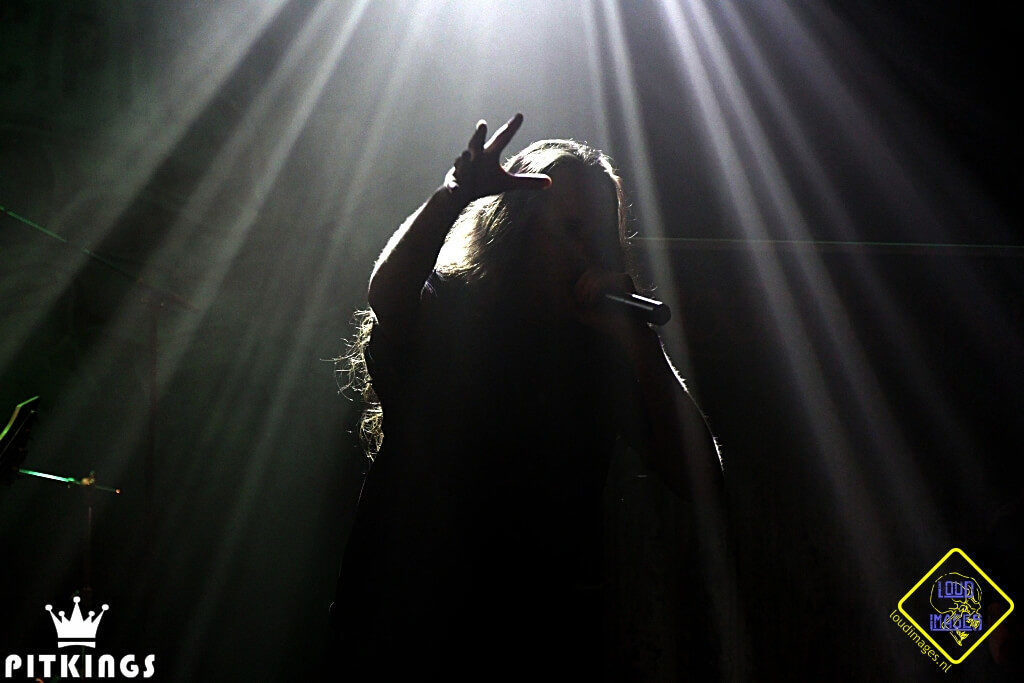 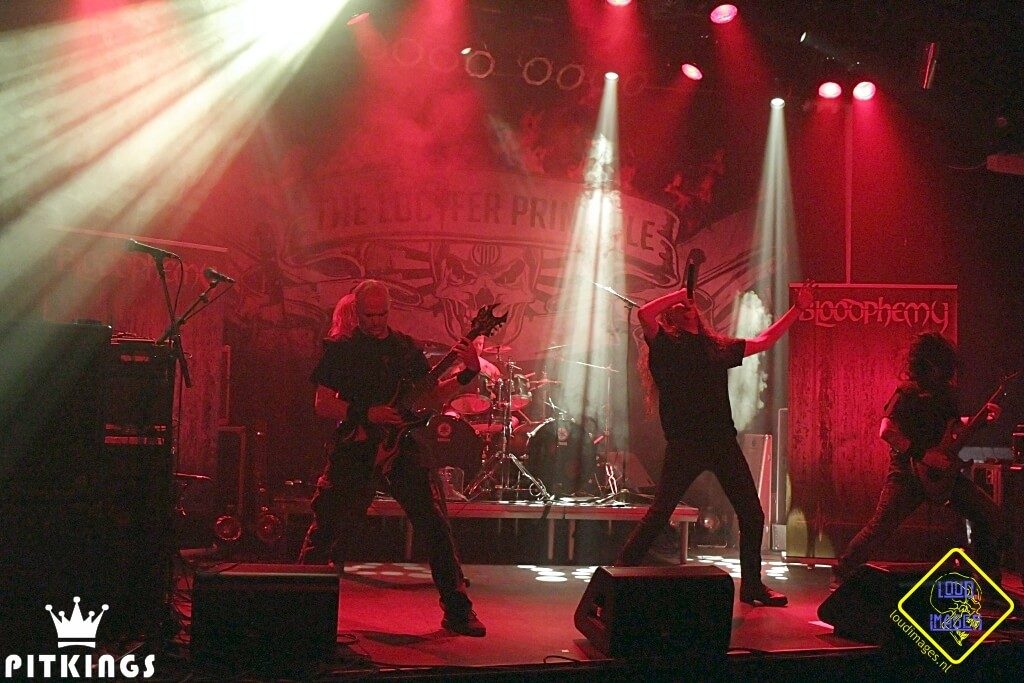 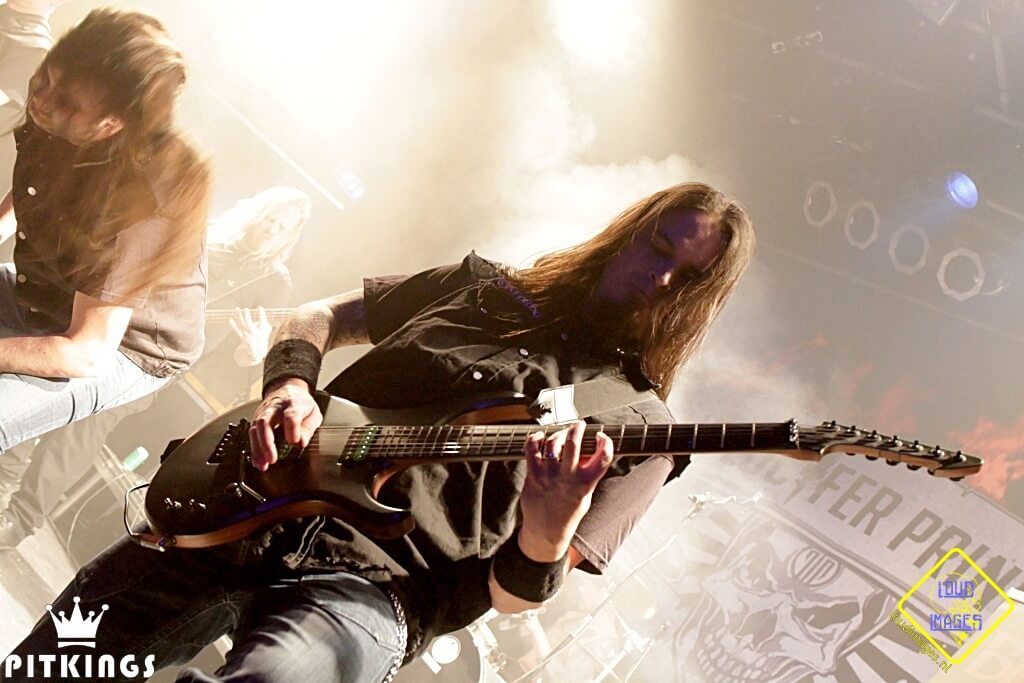 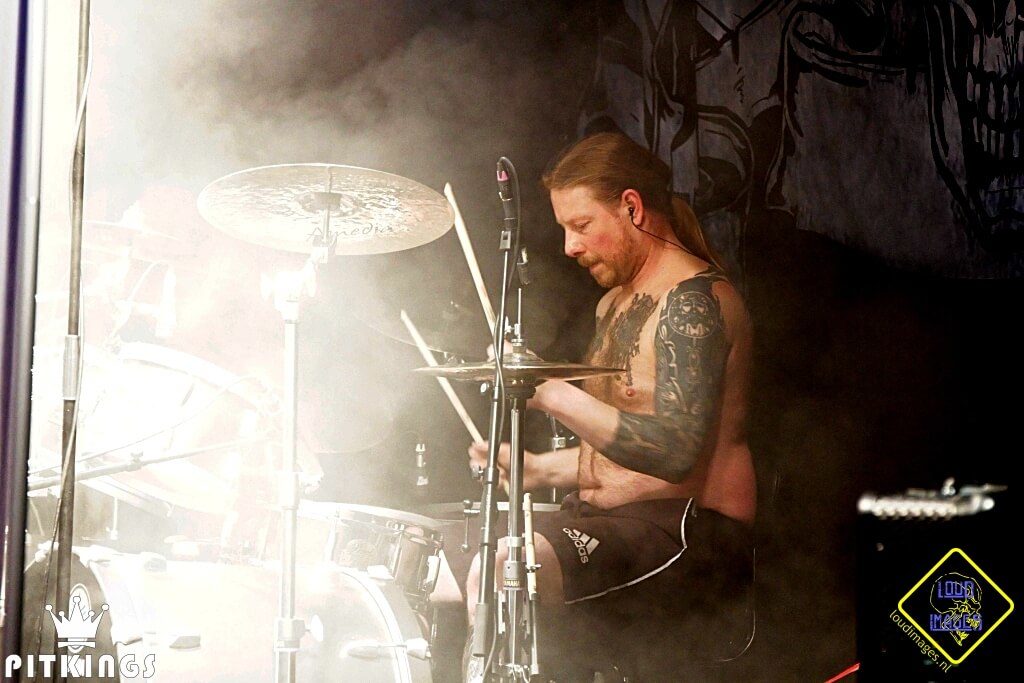 Obese (NL)
With this support gig of The Lucifer Principle, Obese ended a successful tour which brought them to Croatia, Italy, Slovenia and back home to The Netherlands. Obese has a new front man too and to be honest, I thought he would have a hard time to live up to the expectations. Although Vladimir might not be all that extrovert, but his voice is fantastic. The whole band is working their asses off and that pays off. The set is extremely interesting and groovy like hell! The songs are catchy and have a heavy pumping beat. I think The Lucifer Principle couldn’t have a better band chosen to follow up on stage. 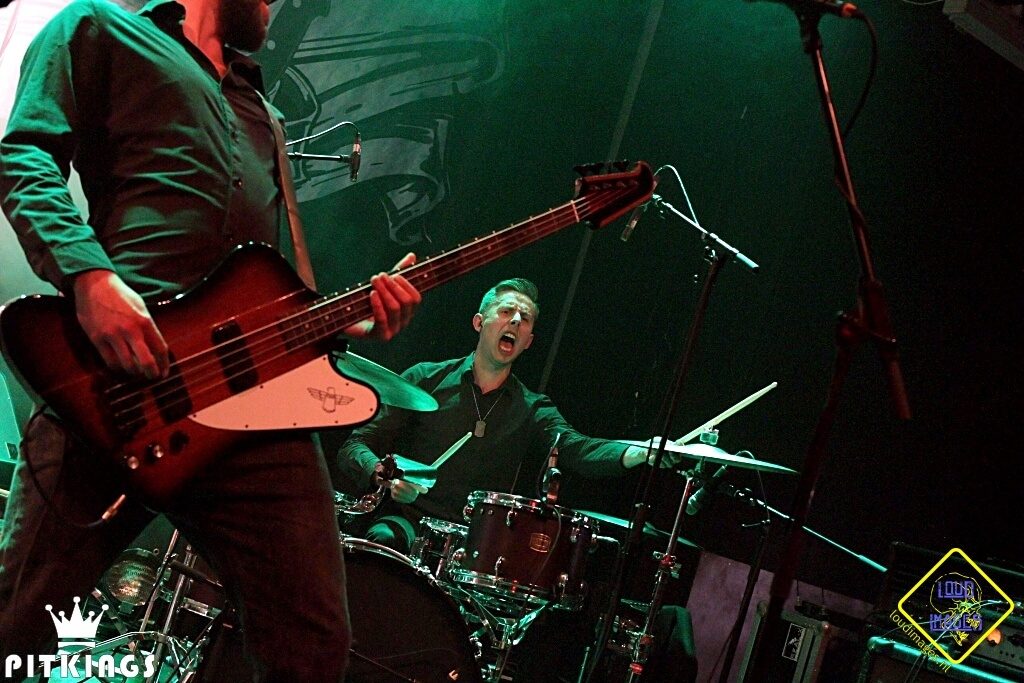 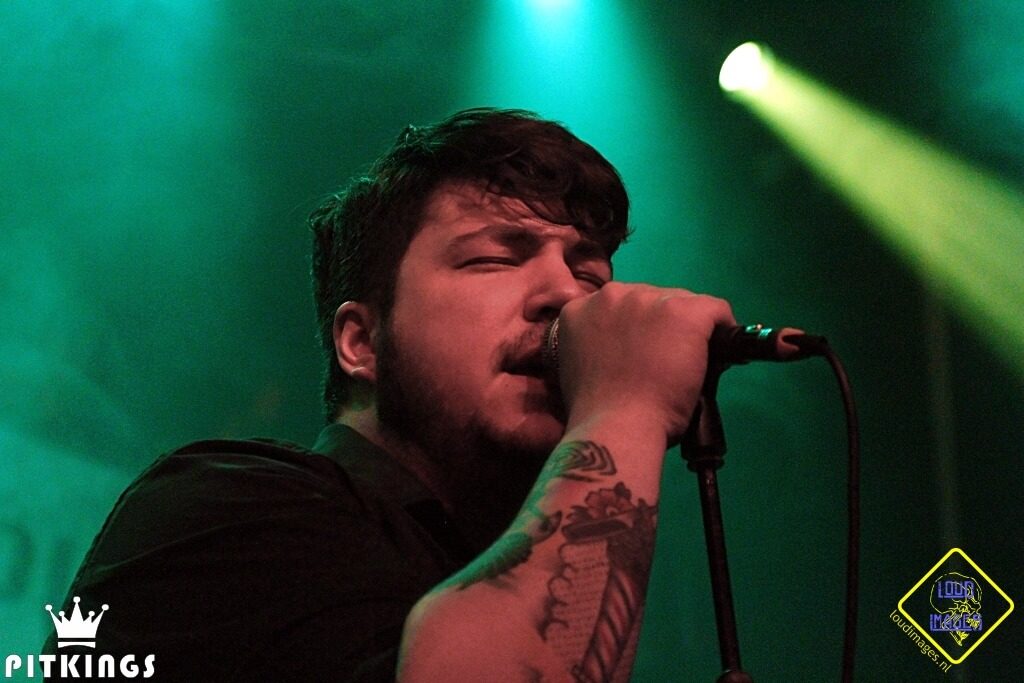 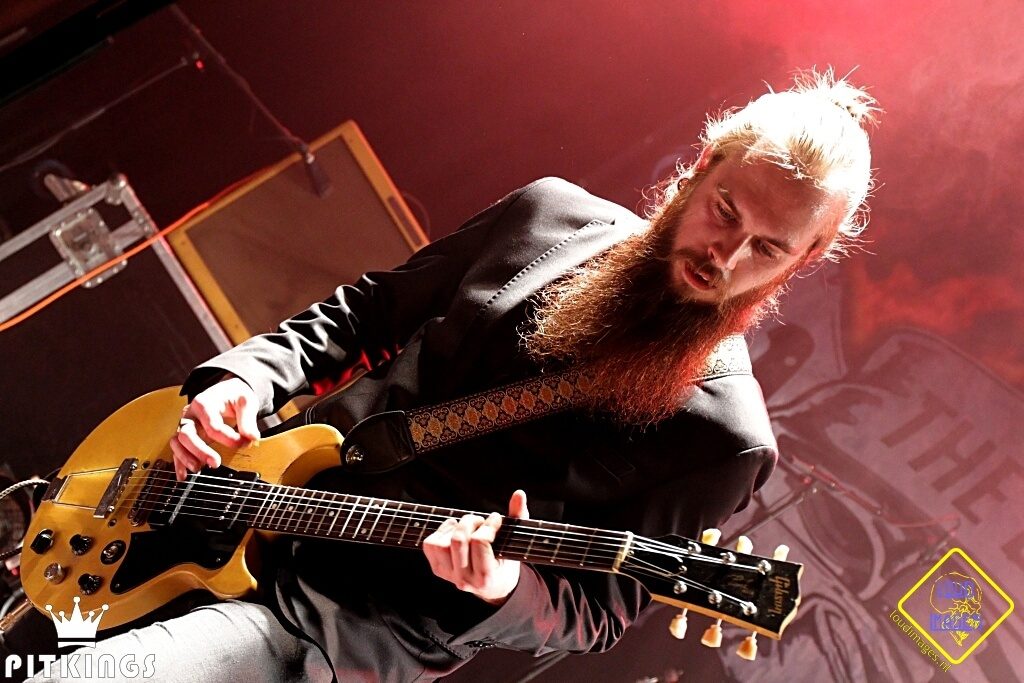 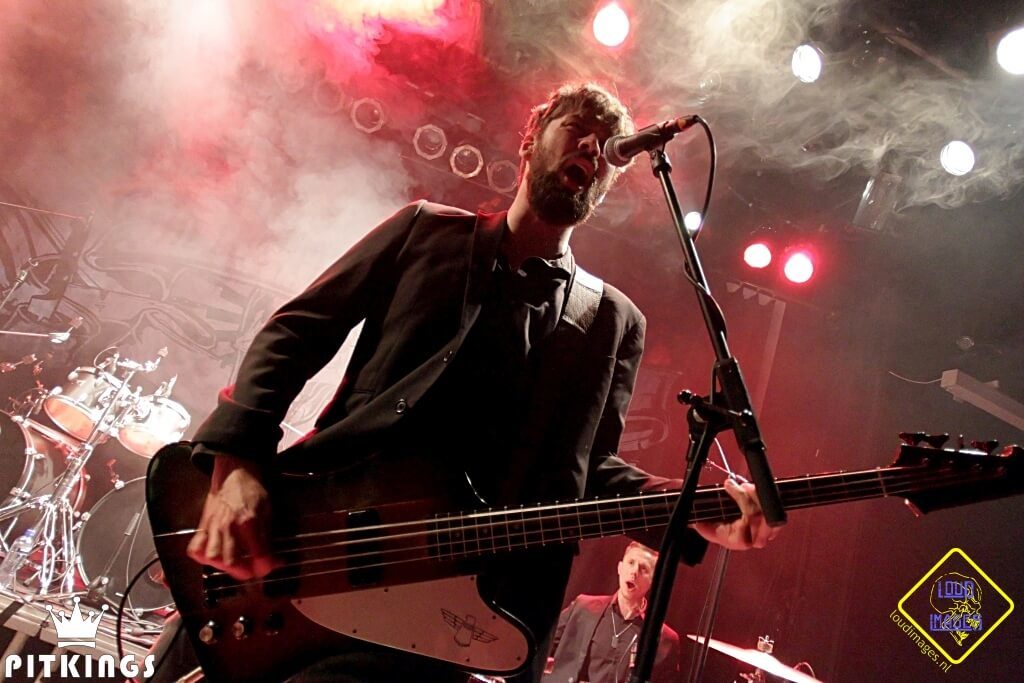 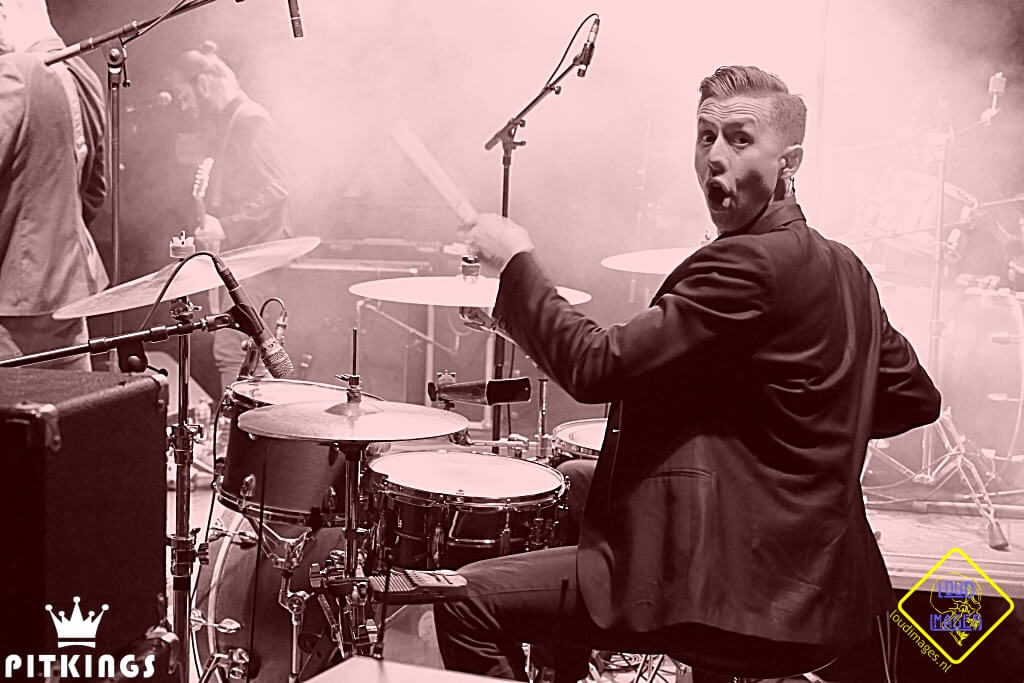 The Lucifer Principle (NL)
Right after the doors opened I got to chat with Erik, the singer of The Lucifer Principle, at the merch booth. Although he expected a lot of friends and family he had no stress, just extremely psyched to get the show on the road. During the set of Bloodphemy and Obese, I saw him multiple times wandering around and checked out the bands. When the time came to start their show, TLP blasts off with the title track of their new album: ‘play dead’. A great start, because of the recording technique, there is not that much difference between the recorded version and the live version and that is something I really like.

The set consists of tracks of the new album, but also quite a few older tracks, with which the band gathered their fame. The venue is not packed, but it is “gezellig druk” as we tend to say in the Netherlands; enough people there to give you the feeling there is a substantial crowd, without having to fight your way to the front. The band is introvertly enjoying the show and keeping the groovy and stomping sound tight and clean. They are like a modern day diesel; no pre-heating and when it’s going, there is no stopping it. 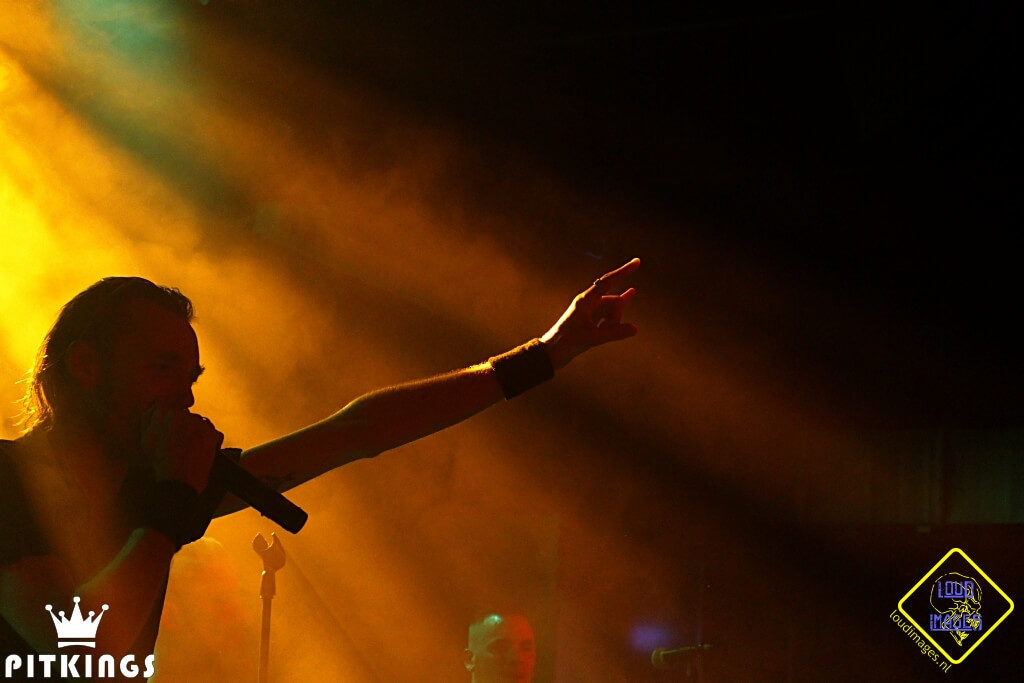 And then there is Erik… At one time he is ballroom dancing with the stage sound engineer, the next moment he jumps of the stage to sing in between the crowd. If that isn’t enough, he stage dives, climbs on top of a photographer (me), heads a polonaise while singing. He even manage to organizes a wall of death… In the meantime the grooving and stomping death metal never misses a beat. With a jumpy singer that is a huge compliment for the rest of the band. In my review of the album I gave a compliment to drummer Mikhail and I need to make him one again. To perform on a CD is one thing, but doing it live too, that’s another… but Mikhail nailed it. Sharp, fast and melodic. After more encores than were allowed by the venue this release party came to it’s end. Everyone agrees: this was some release party!

I gave it a lot of thought on how to describe this evening, but to sum it up in a few words is hard. This was one of those concerts where you had to be at. The folks who did came out to see the show, got a night to remember! Three great Dutch bands who are all in to more melodic and even groovy and stomping death metal in the right build-up order. It was a crazy packed Metal night with The Lucifer Principle being the righteous centerpiece with a superb album. I had a blast! 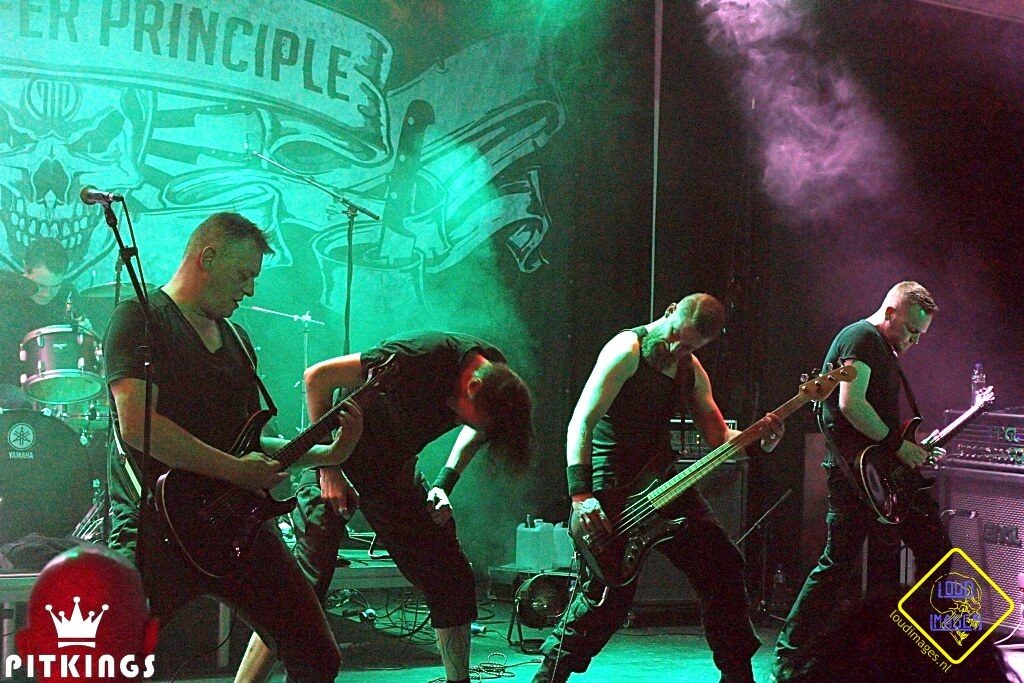 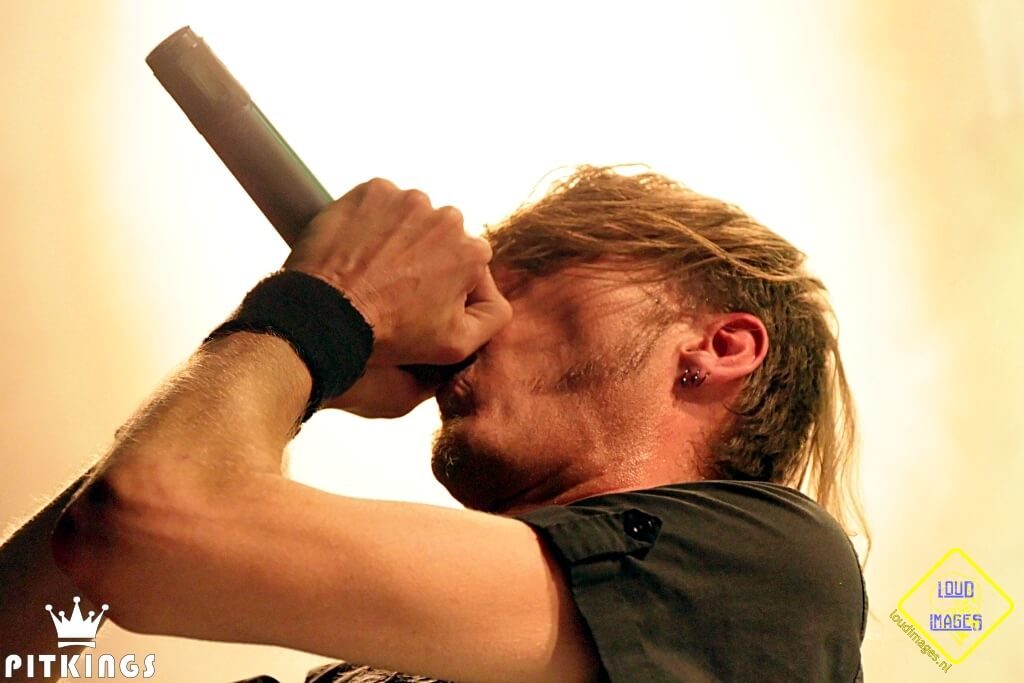 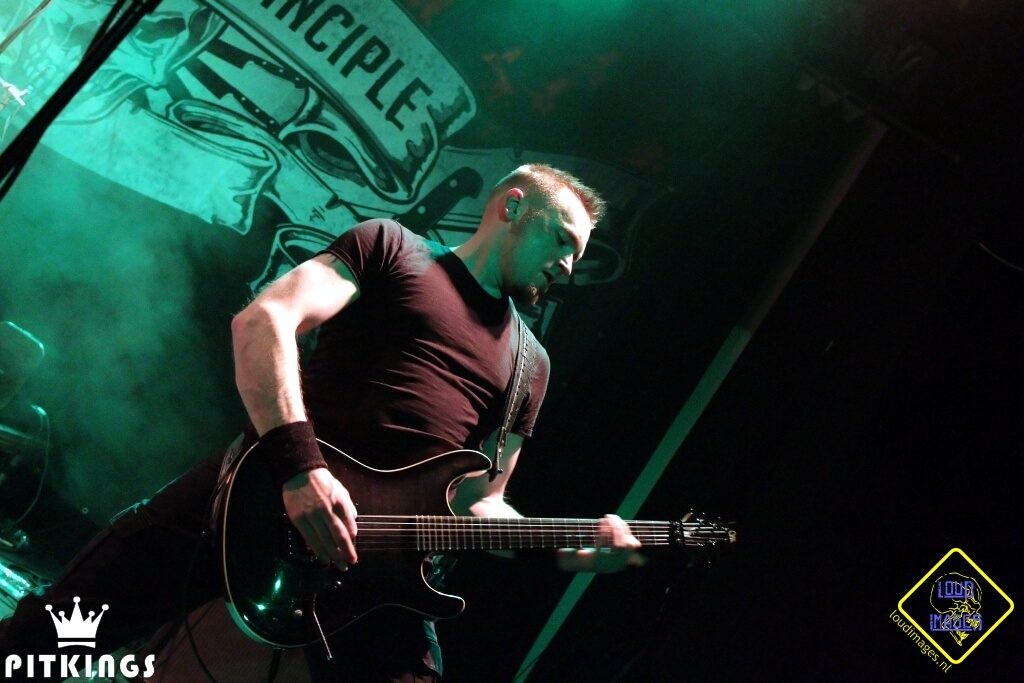 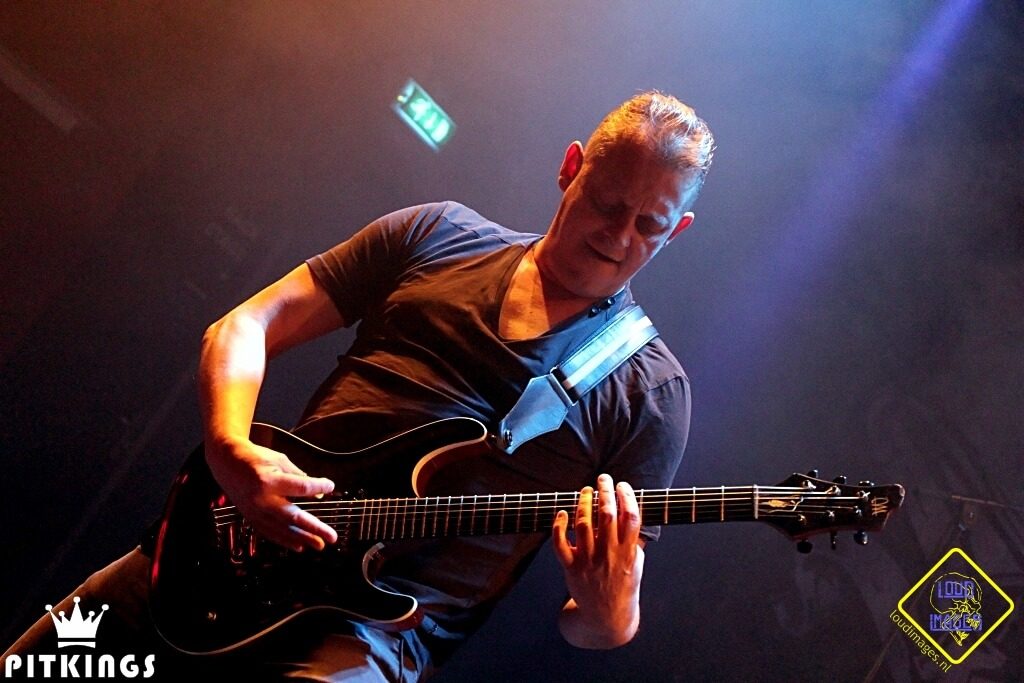 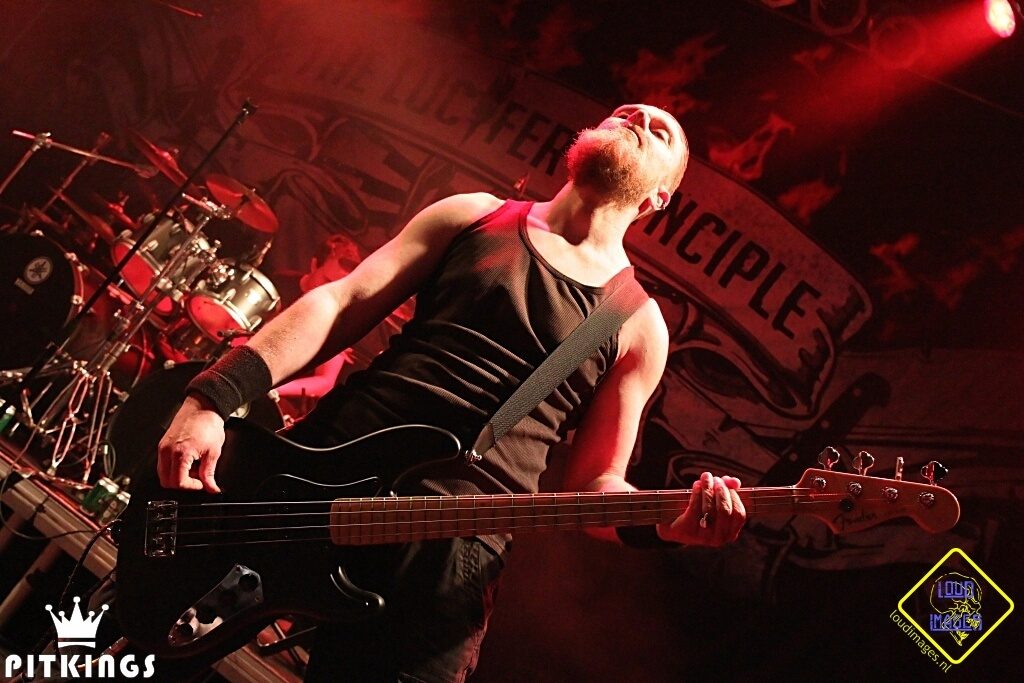 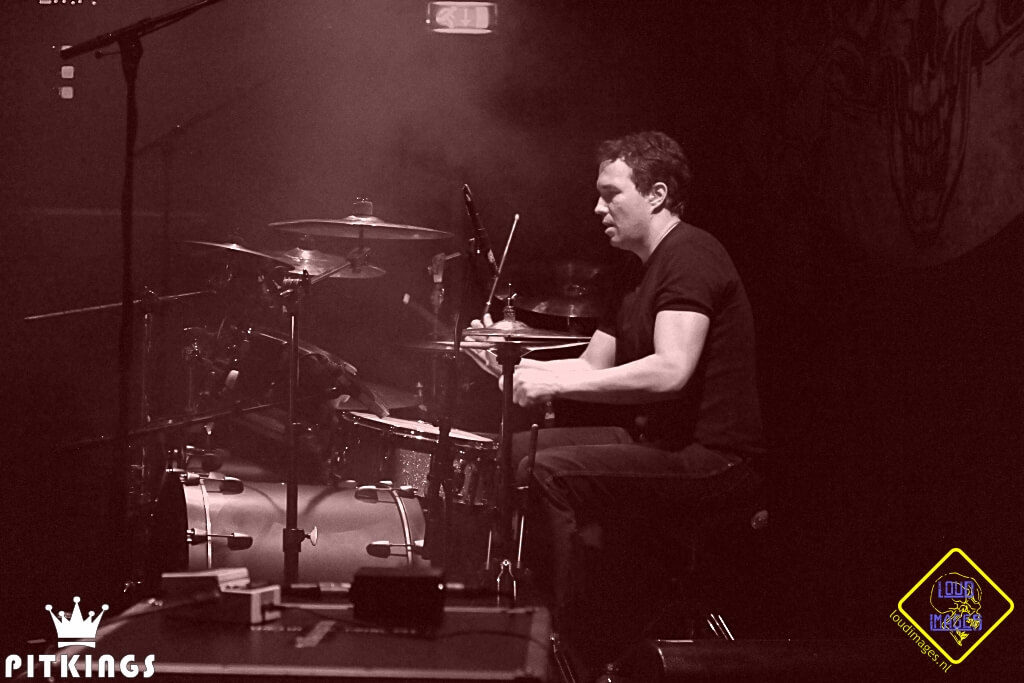 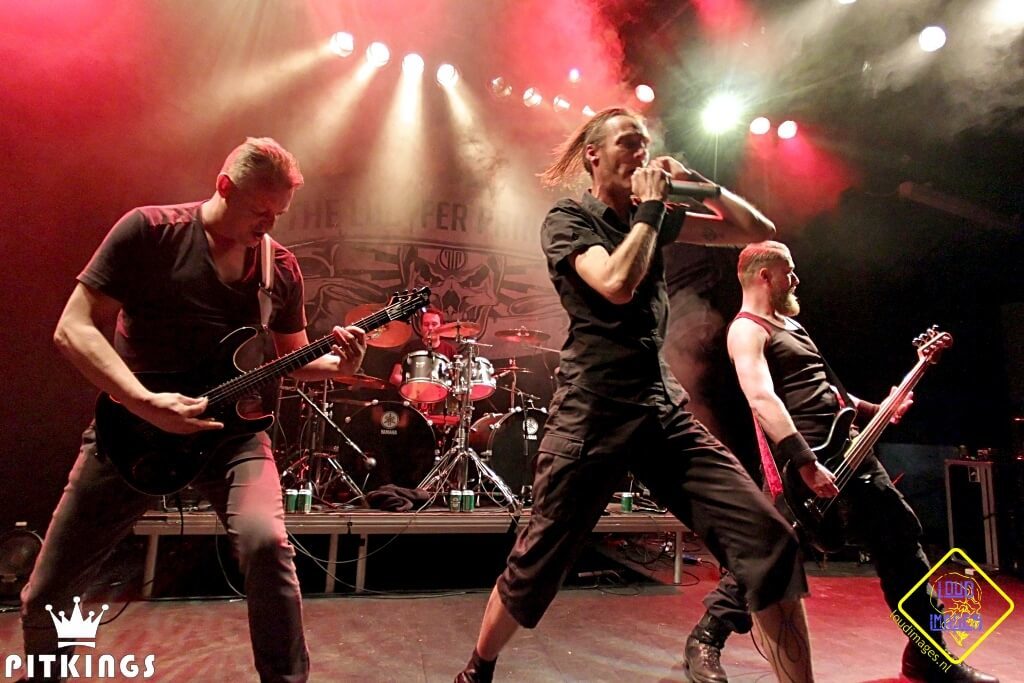 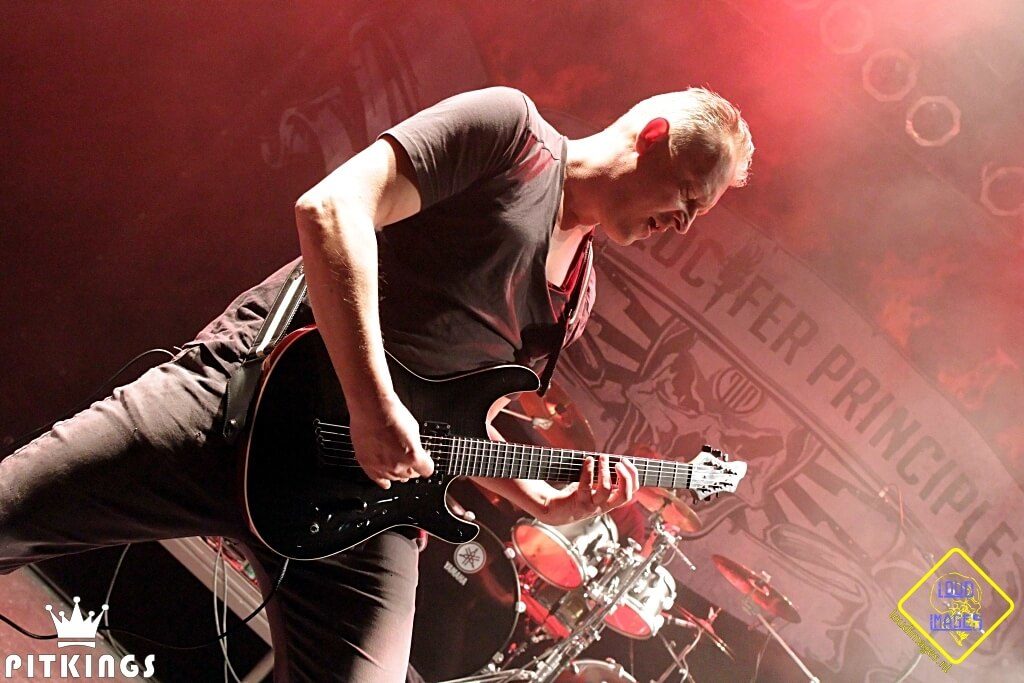