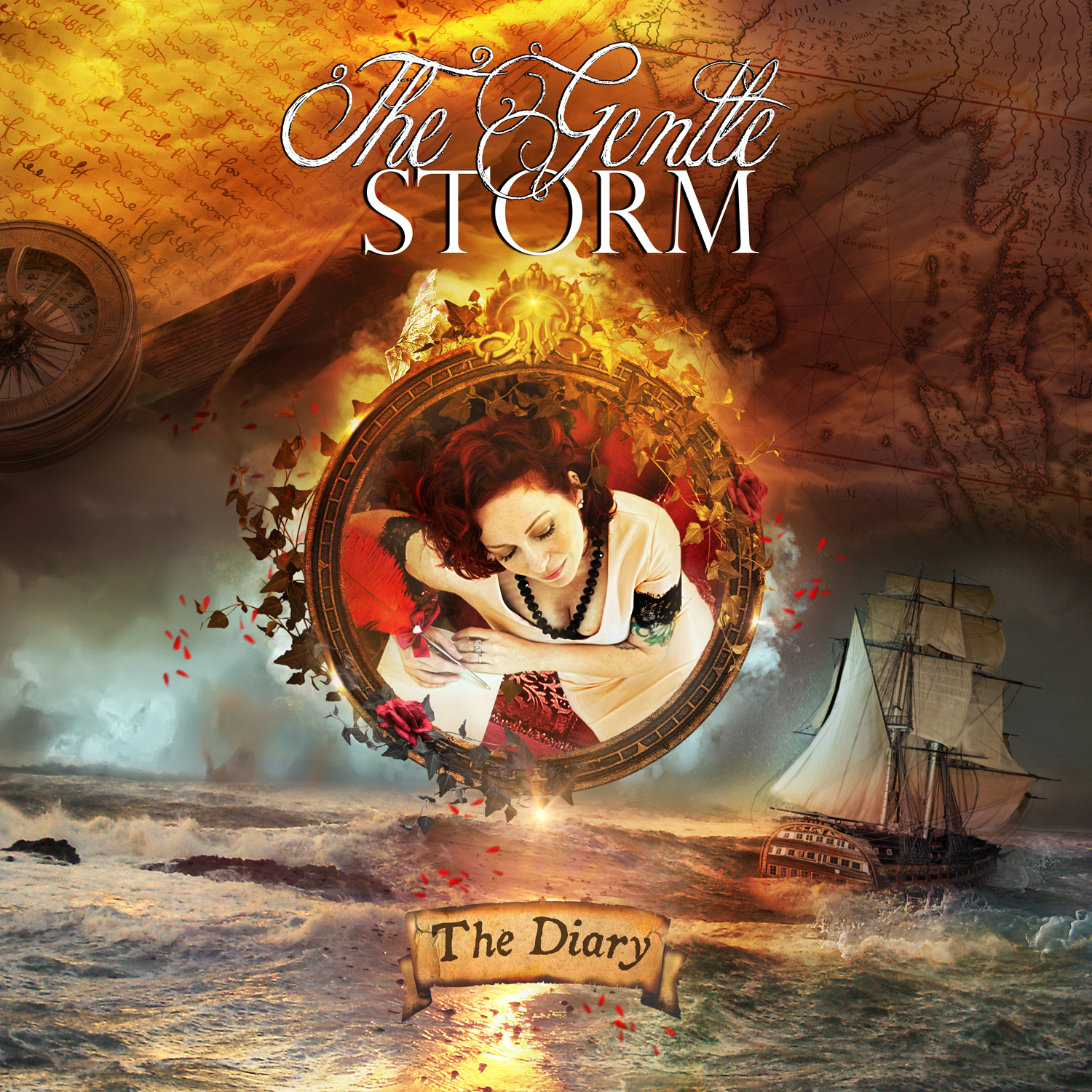 Finally it’s there! The first album ‘The Diary’ from The Gentle Storm. Released in Europe today (March 23, 2015)! The Gentle Storm is the Dutch symphonic/folk metal band, founded and created by composer and guitarist Arjen Anthony Lucassen and singer and lyricist Anneke van Giersbergen.

The Diary: a concept album
With a working relationship dating back to 1998, two of Holland’s finest musicians have united for a new project dubbed The Gentle Storm. ‘The Diary’ is a concept album about a love story set in the 17th century. The Diary consists of two discs, each with the same tracklist: the “Gentle” side of the album consists of acoustic, softer songs, while the “Storm” side of the album is made of heavy metal versions of the songs with symphonic and progressive elements.

The album describes the lives of Joseph Warwijck (born in Amsterdam in 1644) and Susanne Vermeer (born in Delft in 1647). They were married in 1666, and lived in Lindengracht, Amsterdam. The story is set in the late 1600’s during the Dutch Golden Age of the 17th Century, when the Dutch sailed to many far regions of the world; trading gold, silver, and goods with many other territories.

CD 1: Gentle
This is the part of the album most of our listeners won’t be interested in that much. But when you listen closely to it, you discover that’s it’s perfect music for the moments you have a hangover or your family in law is hopping by… The compositions of the songs are just beautiful and take you into another world. Mid ages folk music and acoustic bombastic songs. Everything you here is played by Arjen and all the lyrics are from Anneke.

CD 2: Storm
This is the part of the album which most of us waited for. The same songs, but these are the heavy metal versions of the songs with symphonic and progressive elements. Abolutely beautiful and powerful! Additional musicians on this part of the album are Marcela Bovio (backing vocals, Stream of Passion), Ed Warby (drums, ex-Gorefest), Johan van Stratum (bass, Stream of Passion), Joost van den Broek (piano, After Forever) and many more.

This is a must have for people who like Dream Theater, Within Temptation, Epica and other related acts. Check the two official videos above (both part of the Storm part) and you know what I mean. The perfect compositions from Arjen like we know it from Ayreon and the amazing vocals of Anneke. Just perfect!