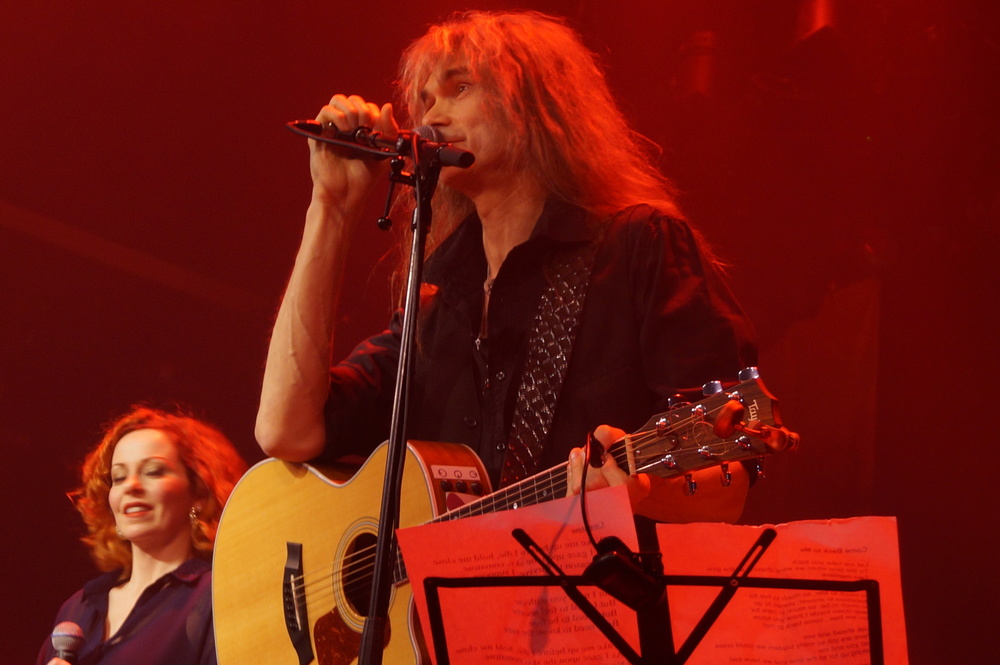 March 26, 2015 | Melkweg, Amsterdam – The Gentle Storm is the amazing project of Anneke van Giesbergen and Arjen Lucassen which we wrote about before. With the new album ‘The Diary’ out on March 23th the band tours through Europe. On March 26 The Gentle Storm took over the Melkweg, Amsterdam together with Dutch metal band Stream Of Passion. Tessa was there to write a review about the show and took some pics.

Stream Of Passion
The evening started with Stream Of Passion. Most of the time this band is a headliner, but now they’re here to support The Gentle Storm. This is kinda funny, because half of the band also plays in The Gentle Storm. From the very beginning the band gave it all to make it an amazing show. The voice of Marcela Bovio was very clear. Old and new songs alternate each other and the band seem to have a lot of fun on the stage.

The Gentle Storm
Then it’s time for The Gentle Storm. Anneke and band climbed the stage. They played some old songs of The Gathering, which is the old band of Anneke, and the new ones of their debut album. From all over the world the crowd came to see the first show of the tour. Some of them came all the way from Brazil or Chili. This made the band play more energetic, but they were also very nervous. The voice of Anneke is amazing. High and low, everything she does is great. In the crowd some of the people even whisper to each other how great it sounds.

At half the show Anneke’s alone on the stage and plays some acoustic songs. She sounds like an angel and shines. Then it was the moment most of the people had been waiting for: Arjen Lucassen came on the stage to support Anneke. Together they sang some old songs of one of the older projects and they’re even supported by Marcela Bovio. After almost one and half hour the show came to an end. It was an amazing night with two amazing bands.