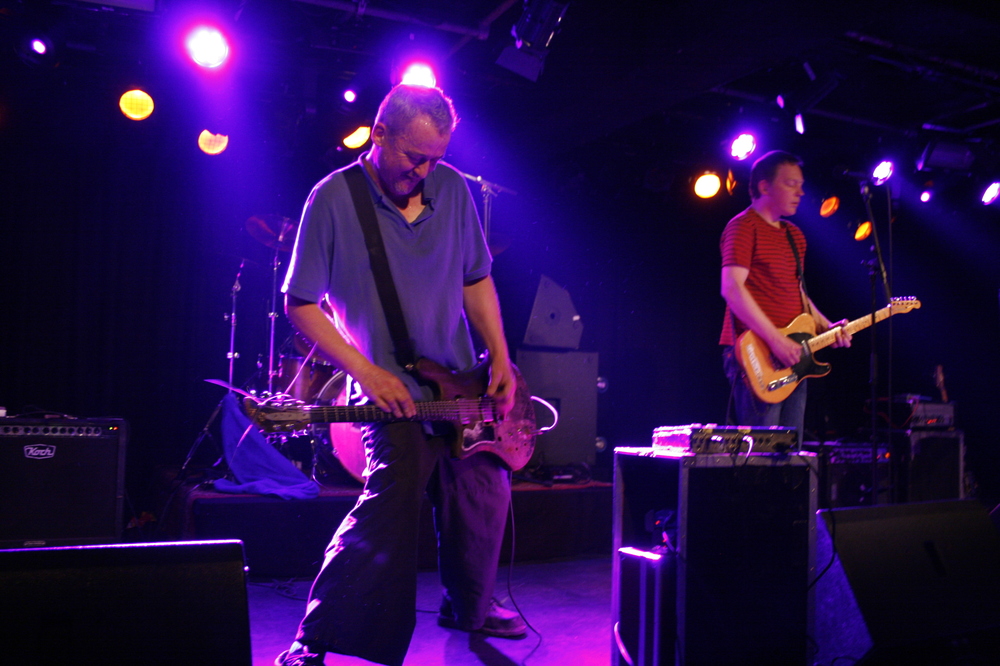 March 7, 2015 | Burgerweeshuis, Deventer – The Ex is a Dutch Anarcho-punk band from 1979 formed at a time there was an uprise of punk bands. The band combines punk with jazz and folk music of all kinds, which seem to create an explosive form of music. Over the years the band released twenty international albums and still they are going strong after almost 34 years. March 7th, The Ex played at Burgerweeshuis in Deventer supported by Wilhelmfreddie. Check the review and pictures Johan made.

Wilhelmfreddie
Wilhelmfreddie kicked off the evening in their hometown, with the release of their new record ‘The Inevitable Quest for Smiletsland’. Wilhelmfreddie is an energetic post-punkfunk band with a remarkable setting. The instruments that are being used are Bass, Organ, Drums and a Saxophone. This results in a crazy chaotic vibe. Wilhelmfreddie plays an awesome EP-release and plays songs from their new EP like ‘Watching Emmy Hirsch’ and ‘Aftensang’ but also songs from their previous EP like ‘The Danish Romantic’ even a cover from MC5’s ‘Kick Out The Jams’ bounces through the set.

The Ex
After a great performance from Wilhelmfreddie, The venue is filled and people are waiting for for The Ex to start. When the band walks on the stage they start immediately. Unusual use of guitars and strange rythms lead to cool grooves. The audience is starting to get a little loose. Songs like ‘That’s not a Virus’ and ‘Maybe i Was The Pilot’ are being played. The band has a unique style and is interesting to watch. A device between the singer and guitarist produces weird sounds and bleeps. Halfway through the show the (female) drummer steps away from the drums and goes to the microphone and starts singing which is a nice change. As the end of the evening came closer the band plays ‘Double Order’.

The Ex closes the evening with an encore and played ‘State of Shock’ as their last song. The Ex gave an awesome show, in a way they take punk music to a whole new level. Great!