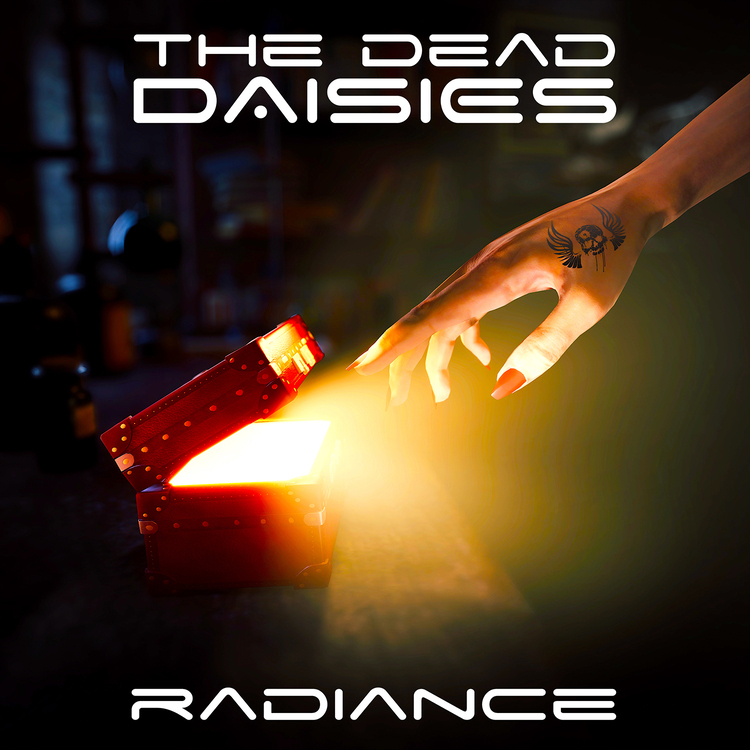 The Dead Daisies have created a Meta Cinematic (video) for ‘Radiance’. The band’s digital offspring, The Meta Daisies, along with their guardian Daisy will give you a taste of things to come.

The video kicks off in a deserted city with a mesmerizing bright light catching Daisy’s eye, she time travels to a dark forest discovering a castle with a secret tunnel to an underground vault.  Fascinated by a small red music box, she opens it and unleashes a glowing sphere which she follows into the underworld.  Holding court, Daisy watches over The Meta Daisies performing after which she comes in contact with an Angel which causes an epic explosion propelling her back up to the city scape where she joins the energy sphere and ascends to the next meta dimension.

‘Radiance’ is the first single from The Dead Daisies’ upcoming new album set for release in August.  Its thunderous opening, sets the pace for ‘Radiance’, an eclectic, heavy rock track with riffs digging deep into a 1970’s vibe originally created in the industrious heartland of England.

On June 3rd the Daisies hit Europe for the summer where they’ll tear up stages with Judas Priest, Foreigner and Whitesnake, and hitting coveted festivals such as Graspop (Belgium), Hellfest and God Save The Kouign Fest (France), Masters Of Rock Festival (Czech Republic) and the Time To Rock Festival (Sweden), along with a string of killer headline shows.