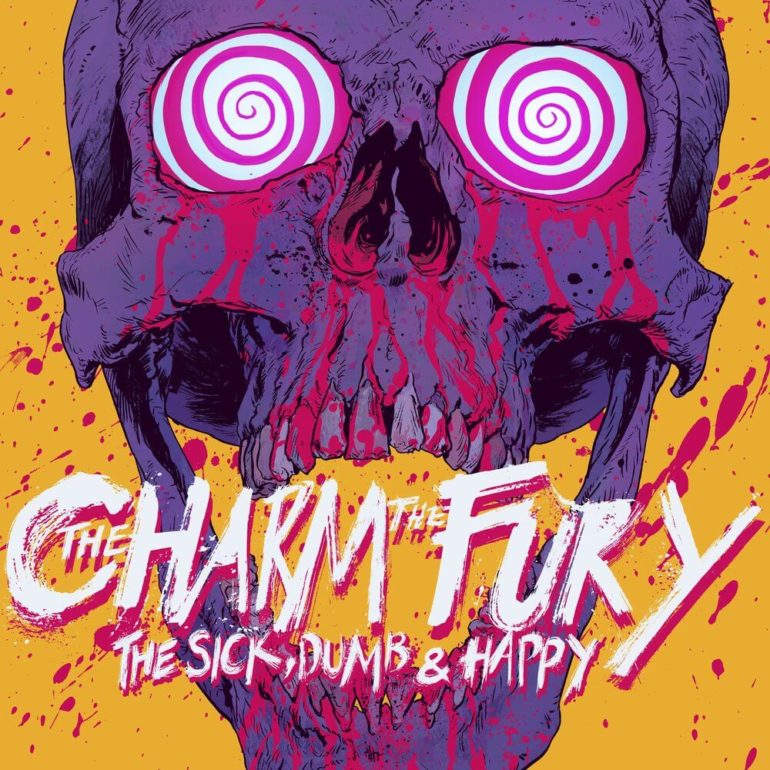 Amsterdam based female fronted metal band The Charm The Fury is a rising star in the world of metal since they started in 2010. On March 17th, 2017 they will release their second album called ‘The Sick, Dumb & Happy’ through worlds largest record label Nuclear Blast! Their 2013 debut full length ‘A Shade Of My Former Self’ was well received, so eyes are prying for the sophomore follow-up. Do they deliver?

Hell yes! ‘The Sick, Dumb & Happy’ is a balls out metal album. It has outgrown the metalcore genre for which their debut was heralded and it’s a very mature album. The sounds and songs are also a lot more accessible than it’s predecessor, which is a good thing in this case. One of the first things I noticed while listening to ‘The Sick, Dumb & Happy’ were the layered and diverse vocals of vocalist Caroline Westendorp. An absolute improvement in comparison with ‘A Shade Of My Former Self’. On their debut album she mostly utilized screams and grunts, but on this album she shows she’s capable of so much more. Check out the song ‘Silent War’ to hear what I mean. Although the song could’ve used some harmonized backing vocals at some points, it shows the vocal abilities of Caroline.

I would like to pick out the song ‘Songs Of Obscenity’ to end this review with. I think this song represents the growth of The Charm The Fury the best. It’s bold, it’s a banger, it’s got a sing-a-long chorus (whoa whoa-hoa, hell yes!) and some awesome guitar work. Kudos for Martijn en Rolf! I really dig the glam-vibe that’s going on at certain points in the song. On March 24th the release party of ‘The Sick, Dumb & Happy’ will take place at the Sugarfactory (Amsterdam), together with For I Am King and Spoil Engine. I think you don’t wanna miss it!