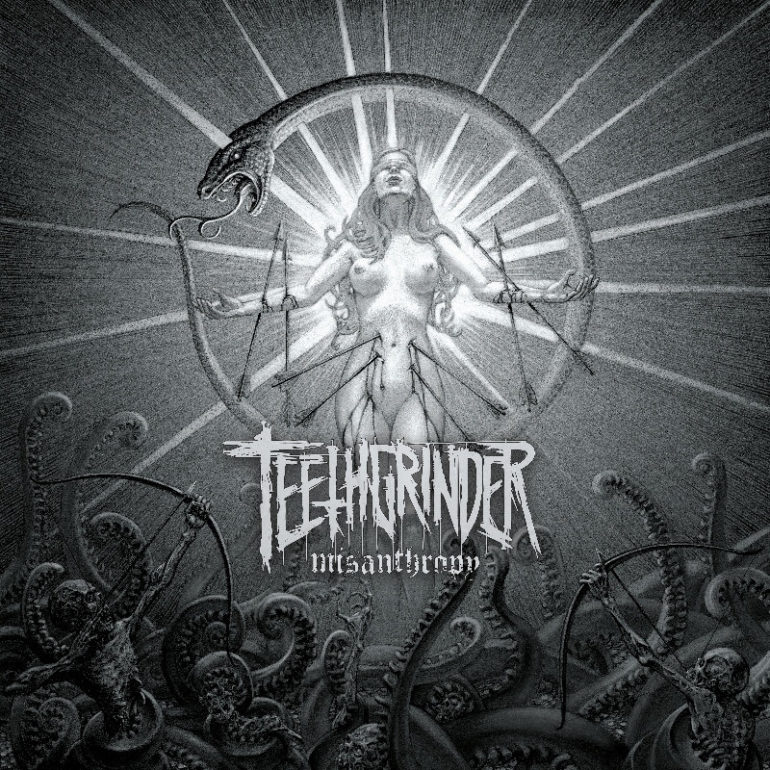 Hailing from Zwolle, grindcore band Teethgrinder released their first full length album ‘Misanthropy’ in 2015. So this album review is a little bit late, but if you’re a grind fan and you’re in for something awesome, just read and listen quickly.

Teethgrinder really makes some nasty and heavy music. Giving grindcore a great and unique approach and they only prove that even more with ‘Misanthropy’! This album is pure insanity. Fast and crazy grindcore riffs, heavy hardcore grooves, brutal death metal riffs, angry and crazy vocals. This albums brings a huge amount of heaviness and variety.

This album shows no mercy. Blowing at you with full power with no halt. ‘Misanthropy’ is all about anger and insanity. From the instrumental parts to the vocal style and the lyrics. Instrumentally the songs are mostly really fast paced moshpit inducers with lots of blastbeats and double bass. Though the album also contains plenty of groove. Most of these grooves show their hardcore influences and just like most grooves, these are meant to make you headbang! The death metal influences are also definitely present here: from both the riffs and the backup vocals.

Some of the mid paced riffs will give you a nice death metal feeling and the bassist, Jabe, delivers some brutal death metal lows alongside Jonathan’s angry high screams. And hell, I’ve even heard some black metal influences on this album from some of the tremolo picked riffs. For example on the title track ‘Misanthropy’.

Overall this album is a grindcore treasure and ‘Teethgrinder’ seems to be one of the most innovative bands in this genre. This album is unsettling, insane and angry. I love the hell out of it!