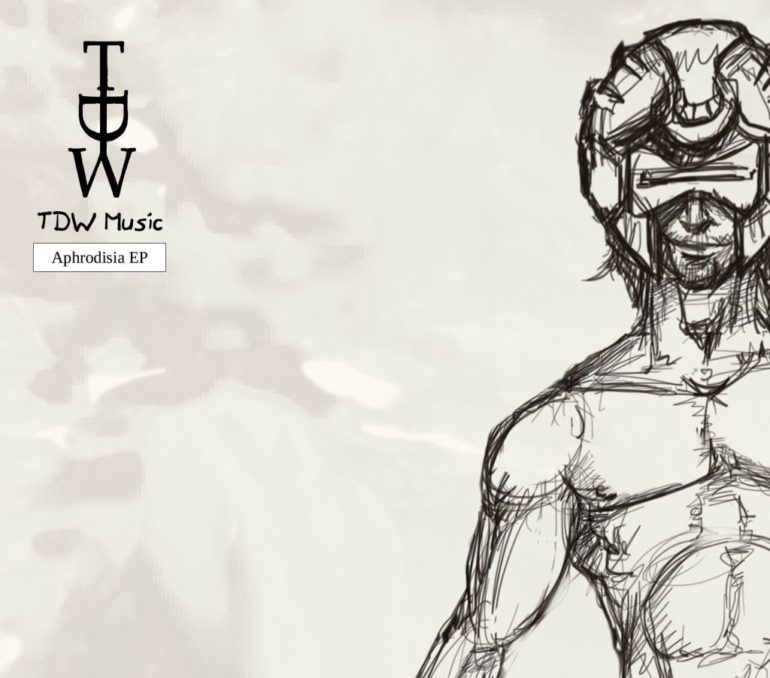 The Dutch progressive metal band TDW is a one man project leaded and founded by Tom de Wit in 2003. With TDW and a bunch of guest musicians, he already released six full length albums. Now he brings us a brand new EP called ‘Aphrodisia’ as a pre-order of the upcoming album ‘The Antithetic Affiliation’. A two disc album, which will be released in May 2017.

The EP ‘Aphrodisia’ introduces four brand new songs to us, which also will be featuring on the upcoming album in 2017. The start of the album is good with the title song ‘Aphrodisia’. A heavy technical track with a lot of progressive and symphonic elements in it. I also discover some industrial influences and besides the clean and high vocals, believe or not, some fast hardcore look a like vocals.

The second song ‘Dirge’ is a slow and theatrical song. It’s a good song, but it’s way to ‘poppy’ and for me this has nothing to do with metal and doesn’t add any value to this EP. The third song ‘Anthem’ is heavy again! It’s bombastic and has a nice catchy chorus in it. The last track ‘Lovesong’ is, just like the second song, way to soft. Just replace the two soft songs for two heavy songs and I was much more satisfied. Mainly because the songs themselves and the song writing is just done very good.

Another small thing I would like to mention are the vocals of Tom on this album. For me it’s not always easy to listen to, except the clean and slower parts. When the song and the singing becomes heavier, the vocals seems to get a bit out of tune and you can hear he’s not a native English man. Besides that the mixing is to much based on the vocals. They put it completely in front of the mix, which overrules the beautiful symphonic parts. That’s a bit pity.

Besides my feedback, I must say that TDW produced an EP with a nice variety of elements and songs, including great solo’s and bridges. Progressive and symphonic metal fans will love it and won’t be disappointed. Maybe the EP is just to short for a good representation of their upcoming album. I’m looking forward to it!